Anders Zorn's watercolors from Spain form an indispensable part of his masterful artistry. Inspired by Egron Lundgren's watercolors, Zorn, at a young age, longed for a visit to the sun-drenched country of southern Europe. The goal was reached in September 1881 when Zorn arrived in Madrid with Ernst Josephson. At the end of September / October the friends were in Seville and in mid-November they reached Cádiz. This is where Zorn's watercolor paintings would develop to new heights.

The watercolor "Cousins" from January 1882 became Zorn's first international success. It was shown at the Paris Salon that year and the La Presse magazine reported that Zorn was "un aquarelliste de talent". New success came shortly thereafter with the next major work, "Mother Joy," where a young mother tenderly plays with her child.

The anecdotal character that surrounds these two works, however, occasionally had to stand aside for the close and direct study of beautiful Spanish women in traditional outfits. These motifs were of great importance for Zorn's artistic development. The Spanish models offered opportunities for variety and at the same time offered unlimited scope for fabric painting. Zorn loved the colorful airy Spanish textiles and the color complexes they formed together with the skin and dark eyes of the Spanish. 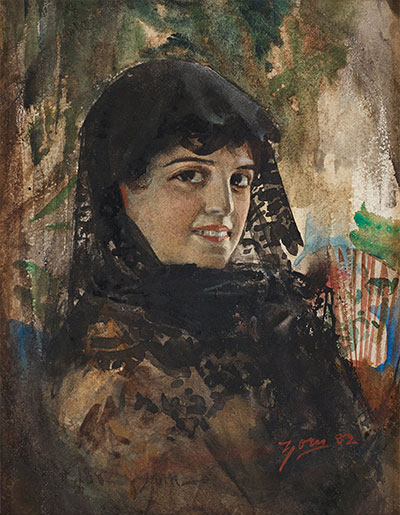 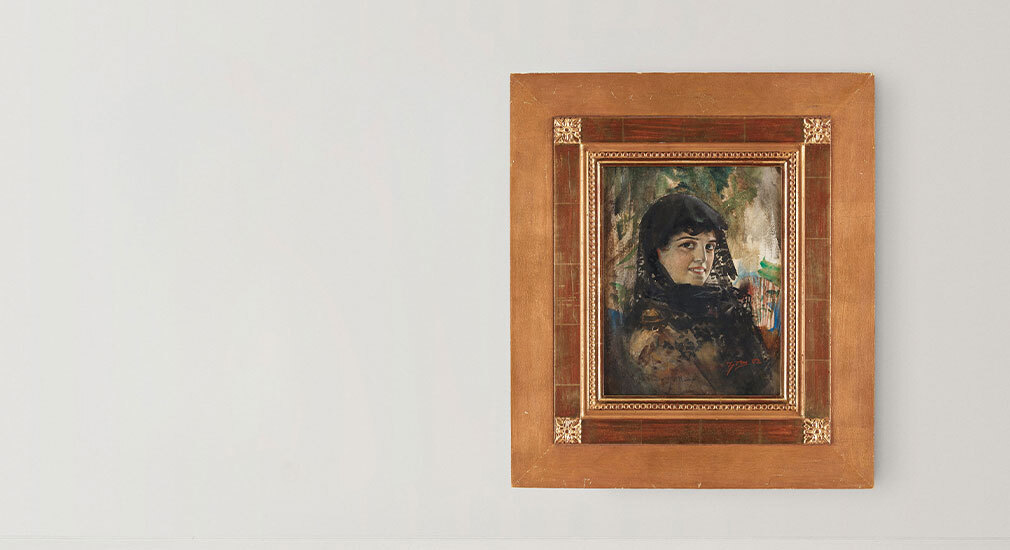 In the present watercolor, however, Zorn balances his fabric painting with a strikingly limited palette in predominantly dark tones. The model thus appears particularly effective against the lighter and greatly simplified background where we can imagine a colorful piece of fabric as well as a decorative solar spring.

The work, "Värdinnans dotter" / "Spanjorska i svart mantilj", is signed twice Zorn and dated -82. The watercolor will be sold at Important Spring Sale on 3–4 June and on view 28 May – 2 June at Berzelii Park 1 in Stockholm, Sweden.

Bukowskis experience an increased demand for Fine Art and design. Bukowskis has a well-established international network of contacts and recurring trust in selling significant art, design, works of art as well as entire collections. Through printed catalogues and extensive marketing, we reach collectors both in Sweden and internationally. We will sell your art and design for the highest prices on the market. Please feel welcome to contact our specialists for any advice or consignment.