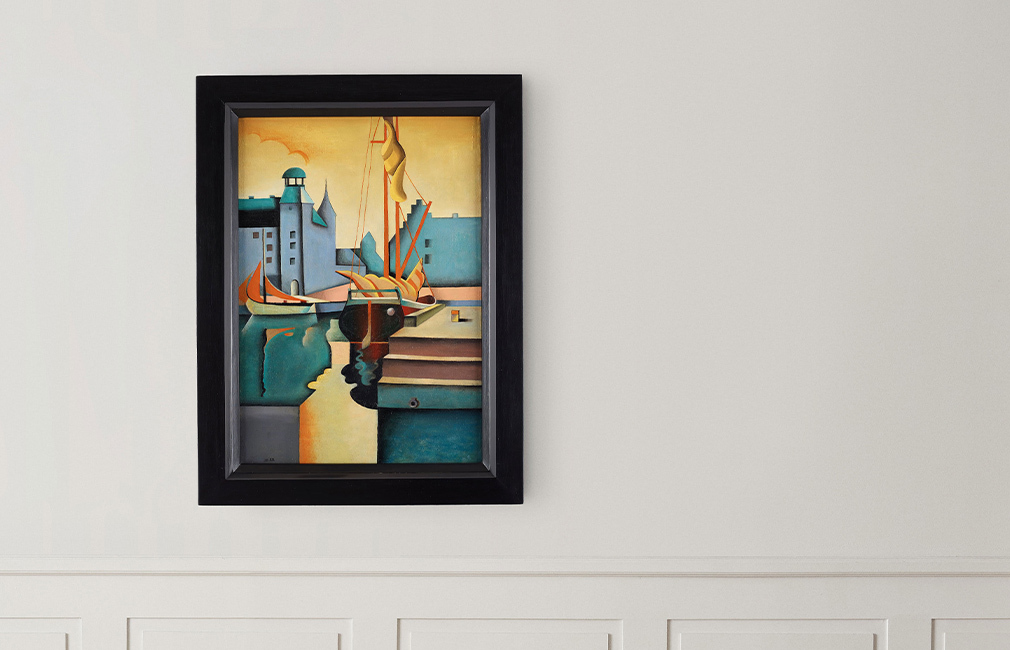 One of spring's many highlights

After studies for Carl Wilhelmson in Stockholm during the 1910s, Bo von Zweigbergks was very influenced by GAN:s cubism in the early 1920s. During this period he painted some of his most important works in strong, clear colours and purist forms. The art critic Bo Österblom called Zweigbergk’s cubism ”a sort of futurism built on rhythmic contrasts”.

In the painting ”Malmö hamn (Malmoe harbour) Zweigbergk uses the contrasts between cold and warm colours to create a very dramatic expression. He considered this work one of the most important in his oeuvre.