Elis Eriksson studied at Konsthögskolan in Stockholm 1934-39. In 1959 Eriksson had his artistic breakthrough, when he exhibited wooden reliefs and paper collage with his characteristic mixture of text and paint. Eriksson considered this period his artistic rebirth.

In 1965 he decorated Galerie Burén, Stockholm in white cardboard on which he drew stories in ink about the cowboy Pavan and his reckless adventures on the American prairie.

Eriksson’s now classic words ”Håll tjeften” (Shut up, misspelled), calls for rebellion and a refusal to obey. By doing his dyslexia to a personal expression, he turned it from a weakness to his strength.

Eriksson was versatile and committed artist who felt for the poor and exposed, for the disabled and different.

The same year as he died, 2006, Eriksson participated in the exhibition ”Modernautställningen” at Moderna Museet, Stockholm, which showed a selection of contemporary and significant artists. Eriksson’s postion as one of the most important Swedish post-modern artists is unquestionable.

The three untitled works are made in painted wood by Elis Eriksson and will be sold at Contemporary Art & Design 17 June and on view 11–15 May at Berzelii Park 1 in Stockholm, Sweden. 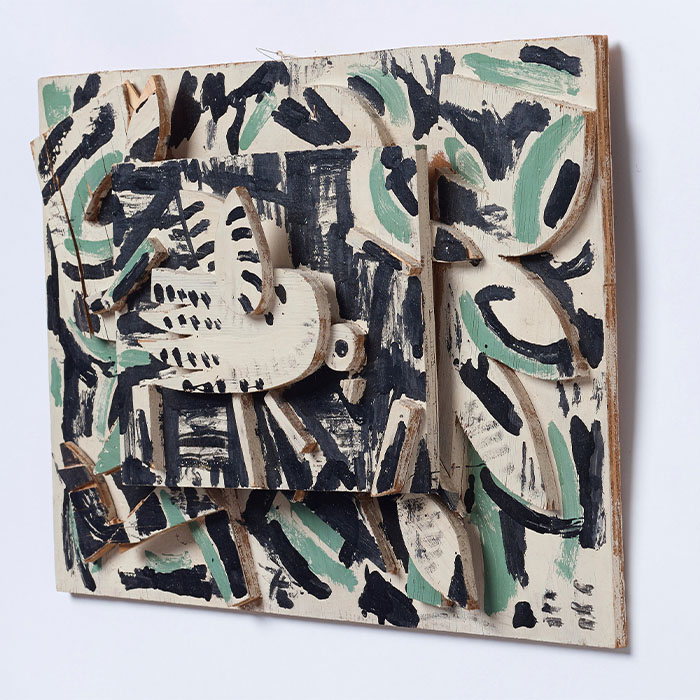 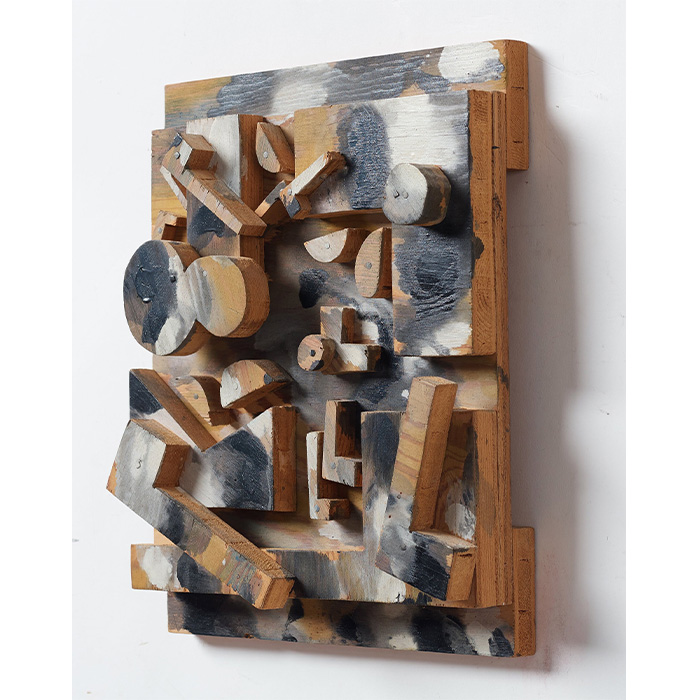 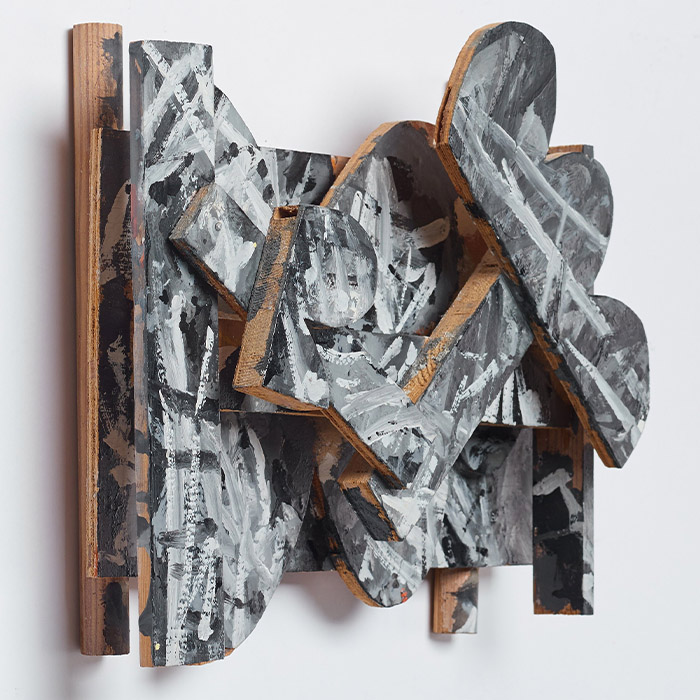 For condition reports and questions regarding the artworks, please contact our specialists: