"Offended/Girl by trellis" by Carl Larsson 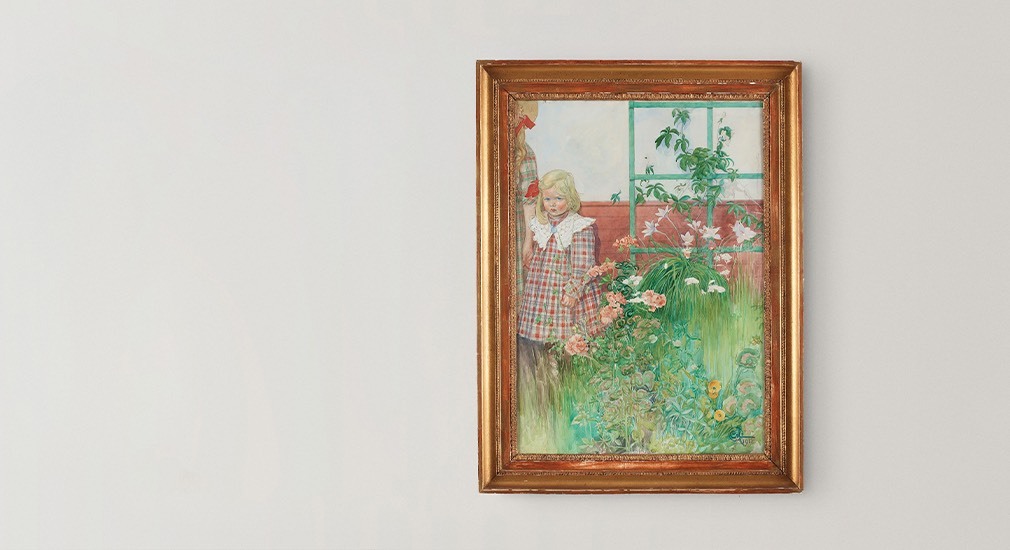 Carl Larsson's watercolours often contain small anecdotal features, quite often of a humorous nature, where the portraits' personalities shine through. This artistic approach, in particular, surrounds Larsson's compositions with his own as well as others' children. A current example of this is found in the upcoming auction, Important Spring Sale, the catalogue number "Theater supplies" / "Theater foundations" / "Theater thinkers" where we find Dagmar Grill looking anything but happy after a long session for the artist on the bench in the studio. However, in the present watercolour, "Offended/Girl by trellis", the artist has left the studio and looked up his easel in the garden outside his studio at Lilla Hyttnäs. Two young girls are portrayed, the larger one, only visible on the left side, due to the artist's bold cropping of the motif, beside her, we see the younger girl very unwilling to pose.

The heavenly sparkling garden's sheer greenery blooms in the foreground and takes up a majority of the picture area. The girls are squeezed into the background next to the studio's facade where powerful colour accents are made up of the green trellis which plays effectively against the red panel.

The colours are typical expressions of the colour-setting ideal that characterized the family home, where the spouses Larsson, often based on a bright green and red colour scale. Scientists and art historians have often emphasized the strong connection of the colour scheme to the English Arts and Crafts movement and William Mori's "dragon blood red" colour. The Sundborn style was a brilliant synthesis of Swedish folk art combined with ideas originating from the English Arts and Crafts movement, Art Nouveau style and Japanese art.

The Larsson family's home must have been unparalleled in Sweden and, above all, appeared to be something rarely seen for the other people in Sundborn. It is a home, but at the same time something of a fairy tale castle where the playful decor of the exterior is reflected in the water of the nearby river. Such thoughts, however, appear distant from the little girl whose presumably contradictory supervision gave the composition its name. 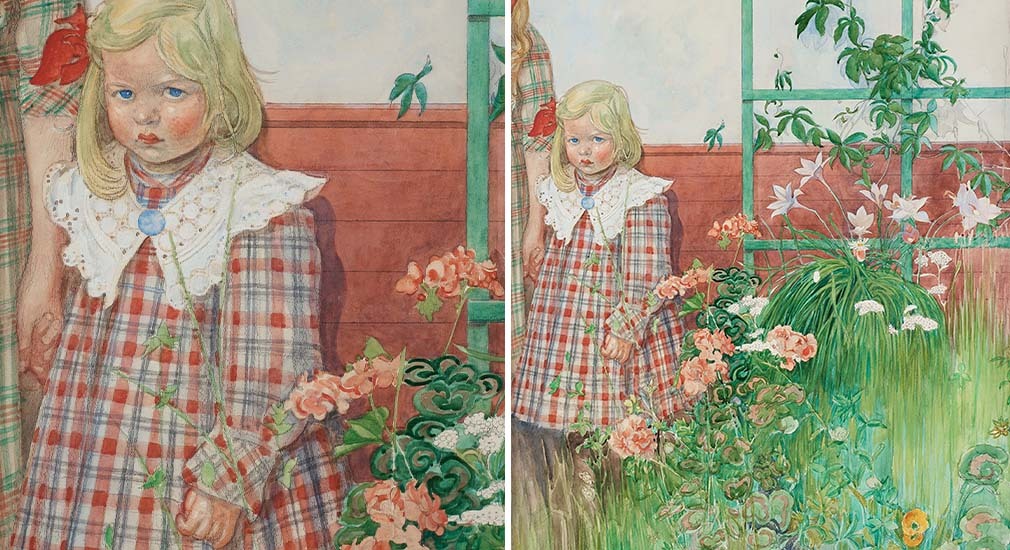 "Offended/Girl by trellis" by Carl Larsson is dated 1911 and will be sold at Important Spring Sale on June 3rd. The artwork will be on view at Berzelii Park 1 in Stockholm, Sweden, on May 28th – June 2nd. For questions regarding condition reports, please contact our specialists: