Serge Poliakoff is one of the most prominent representatives of abstract painting and its development during the postwar period.

Born in Moscow in 1900, Poliakoff fled Russia during the 1917 revolution before finally ending up in Paris in 1923. Studies at Académie Frochot as well as Académie de la Grande Chaumière in 1929 were followed by further studies at the Slade School of Fine Art in London in 1935.
After returning to Paris he made the acquaintance of Vasily Kandinsky and husband and wife Robert and Sonia Delaunay. Thereafter, Poliakoff adopted the new abstract style in works that emphasized surface, sometimes characterized by the relationship between geometric and linear forms, sometimes entirely focused on the interplay or conflict between blocks of colour.
Poliakoff was soon considered to be one of the most significant proponents of the so-called École de Paris. During 1938-45 he regularly exhibited at the Salon des Indépendants and later became one of Salon des Réalités Nouvelles’ most celebrated exhibitors.
Poliakoff’s position as a leading name in avant-garde abstract painting was further reinforced during the postwar period. He left his previous approaches behind for the benefit of a unique approach that explored the origin of colour through compositions distinguished by painterly, overlapping sections of colour.
In the years right after the war Poliakoff’s palette grew significantly darker as he painted in muted, blurred ochre and earthy tones. This was a deliberate attempt to counteract the overly decorative or varied impact of his abstract structures. These paintings, occasionally interspersed with isolated, more brightly coloured elements, characterised his work up until the mid-1960s. In the beginning of the 1950s, greatly inspired by the work of Malevich, his painting developed a concrete, almost canonical archive of forms. The relatively uniform character of this work further highlighted the surface of the colour itself and the sensuous impact of the colour pigment. Poliakoff was driven by the desire to emphasize the material rather than the depicted form. The earlier pronounced and pointed shapes and the play with contrasts were now replaced by distinctive blocks or large forms that, in their softly subdued textures, only subtly defined, clasped on to each other in harmonious and elegant compositions. To achieve the perfect vibration of colour Poliakoff mixed his own pigments and created abstract compositions with exactly the visual balance that he sought.
The lot in the auction, Composition abstraite, was executed in 1967 and is an excellent example of Poliakoff’s painting in this pivotal period of the artist’s life. During the 1960s a large retrospective of Poliakoff’s work was shown at the Whitechapel Art Gallery in London in 1963 and his work was also exhibited in Venice, Tokyo and St. Gallen in the years that followed. 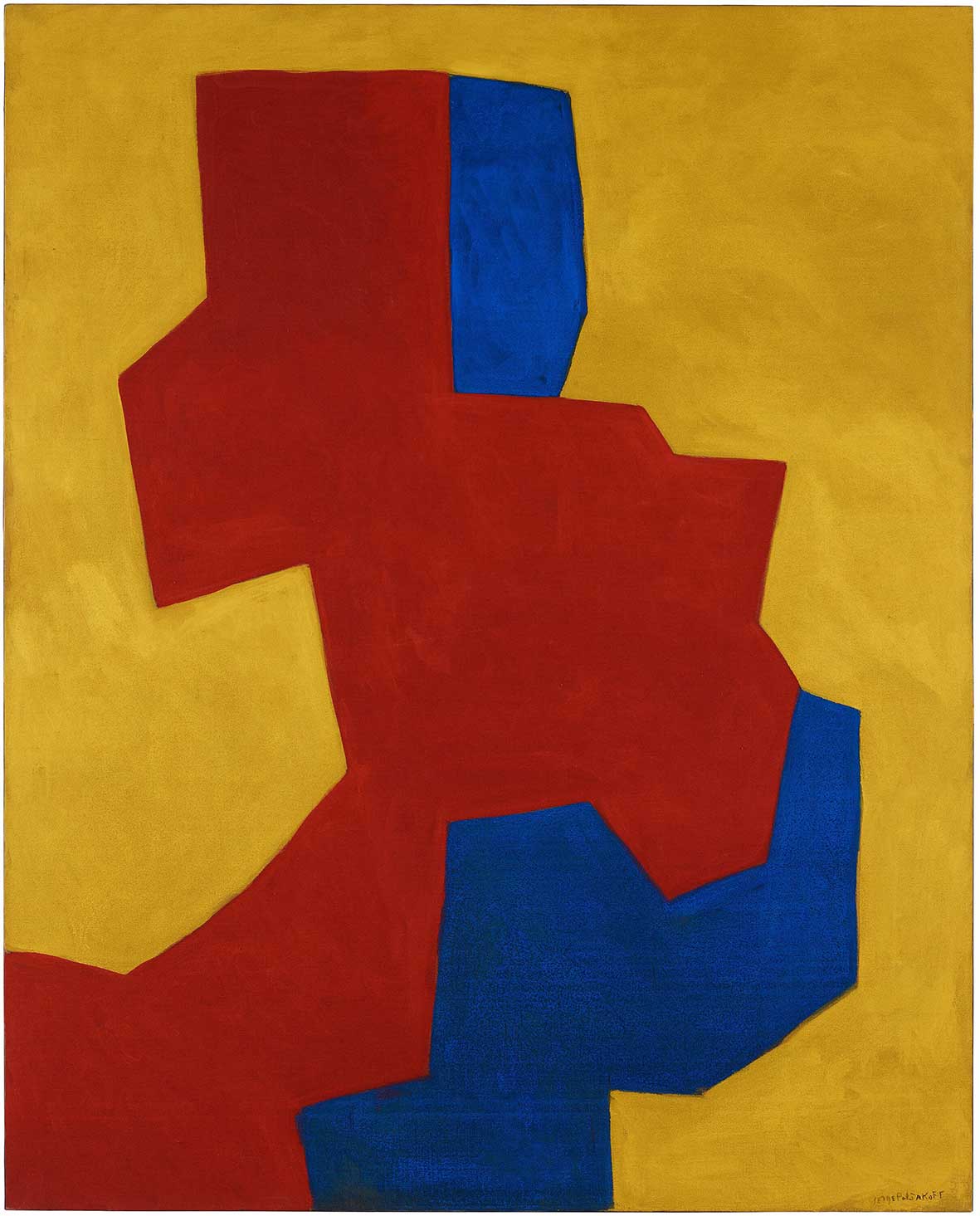 Read about the artwork and explore the auction >