Victor Vasarely, born 1908 in Hungary, is considered as one of the leading figures of the Op Art movement thanks to his pioneering art, which focused on contrasting colours and optical illusions. Taught by László Moholy-Nagy, he came into contact with the work of Kandinsky, Gropius, Le Corbusier and Mondrian, as well as the functionalism of Bauhaus, which left an equally strong impression on him. In 1930 Vasarely moved to Paris where he successfully worked as a graphic designer, whilst systematically examining the optical and emotional reach of different graphic techniques. This resulted in a greater comprehension of the geometrical shape and its ability to evoke a physical sensation of space, matter and energy. Vasarely developed his own language of geometrical abstraction, which he alternated infinitely, in doing so creating different optical patterns that had a kinetic effect. He considered colour and form inseparable. Geometrical shapes were arranged in fluorescent colours in such a way that the eye perceived an undulating movement. He summarized this approach with the words: “Every form is a base for colour, every colour is the attribute of a form”. In this way he transposed forms from nature into purely abstract elements in his paintings.
The present lot BIOKTA-B is distinguished by its hypnotic colours and distorted surfaces, so typical of Vasarely’s Op Art paintings. The composition consists of two large spheres sliding downwards into a greenish blue grid-shaped valley, and leaves a captivating impression on the viewer. Through its clever use of sharply severed squares and hexagons, in combination with bright contrasting colours, a vibrating trompe l’oeil-like multi-dimensionality is created.

Enclosed with a detached label from ‘Agence Maritime Delamare & Cie’, and attached to this is a further label from ‘Atelier Vasarely’.

Read about the auction and explore the full catalogue > 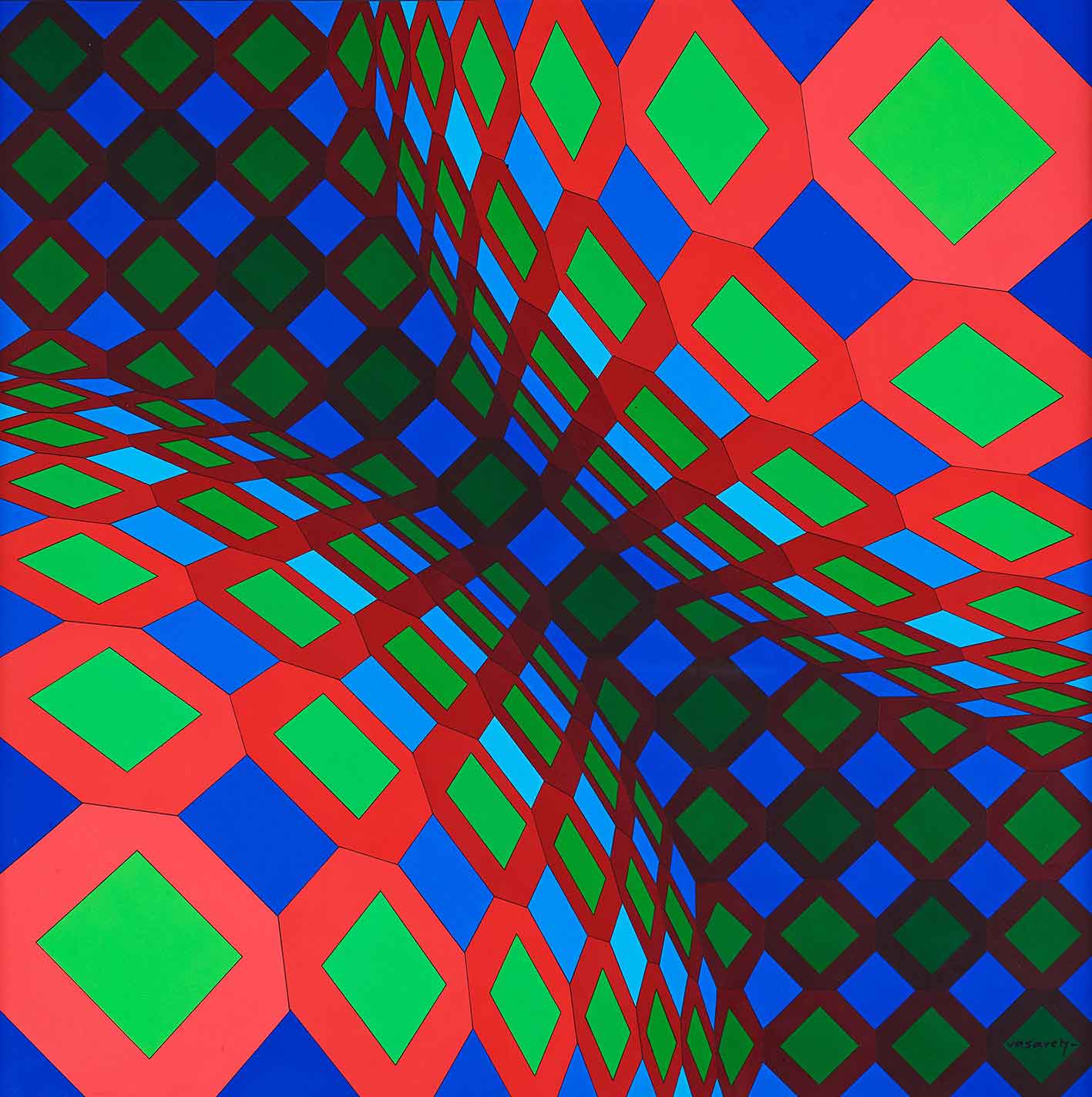