In the mid 1940s Appel was influenced first by Picasso och Matisse, then by Dubuffet. He established the Cobra group (1948–51) with among others Asger Jorn (Copenhagen), Pierre Alechinsky, Constant (both from Brussels) and Karel Appel (Amsterdam). The style distinguished itself through bold, expressive compositions inspired by folk and children's art, as well as by the work of Paul Klee and Joan Miró. In 1949 Appel completed a fresco for the cafeteria of the city hall in Amsterdam, which created such controversy that it was covered for ten years. As a result of this controversy and other negative Dutch reactions to CoBrA, Appel moved to Paris in 1950 and developed his international reputation by travelling to Europé, South America and the USA. 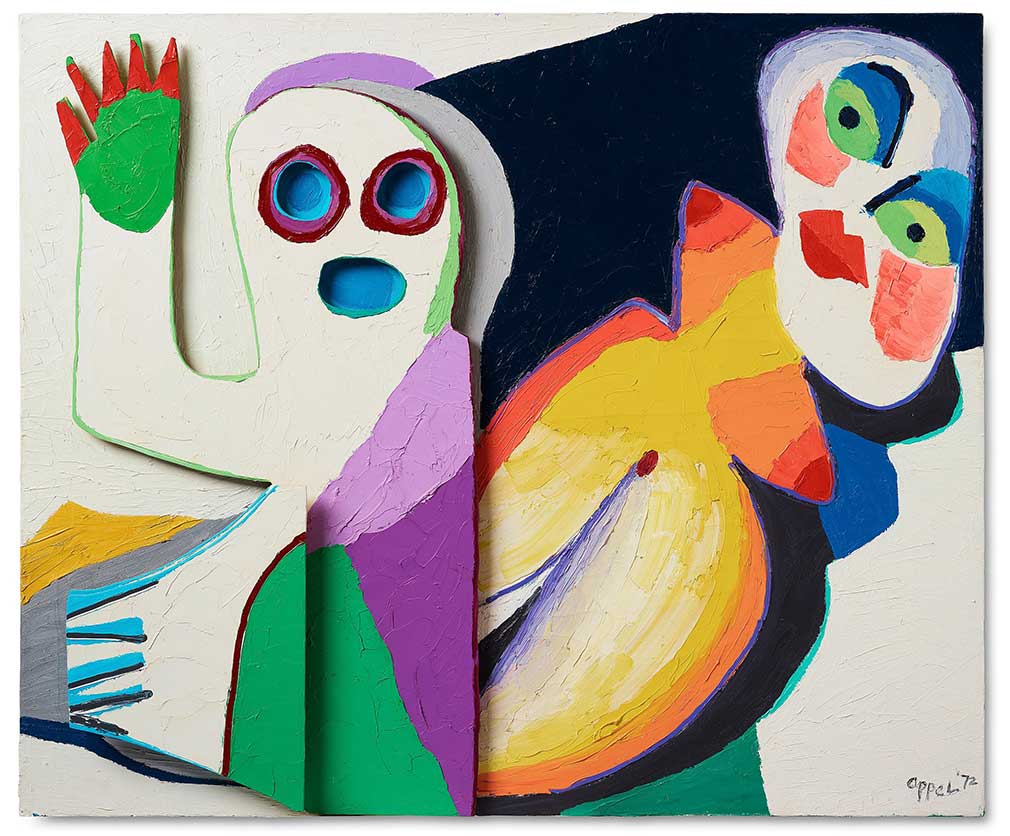