Sohrab Sepehri is one of Iran’s leading modernist painters and poets. In his art as well as in his poems he uses abstract landscapes to express the subtle and delicate dimensions beyond the limits of the book or the canvas. During his travels across the world he came to study lithographic techniques in Paris, calligraphy in Tokyo and Buddhism in India. The impact and the influences of these journeys later converged in his paintings, executed in his unique style of sweeping yet defined brushstrokes.
Sepehri has described how he in his dreams was led into the desert or into the woods – referring to the harmony and balance he had found in nature.

During the 1960s details of tree trunks began to appear in Sepehri’s images – a motif that combined Western modernism and Japanese minimalism with Persian aesthetics. The tree symbolised stability and kindness in a world that was falling to pieces. By focusing on a single detail in the trunk, he demonstrated, following the philosophy of Taoism, the importance of the minor part in a greater whole, all within the wider cosmos.

Sepehri’s career as an artist was intimately linked with his identity as a poet. His Hasht Ketab (Eight Books) is considered one of the most influential works of modern Persian poetry and has been translated into several languages including English, French, Spanish, Russian and Arabic.
In 1958 Sepehri became one of the first Iranian artists invited to exhibit at the Venice Biennale. In the same year he was also included in the Teheran Biennale. His work has been shown many times in Iran as well as internationally in Brazil, France, the USA and at Art Basel in Switzerland. 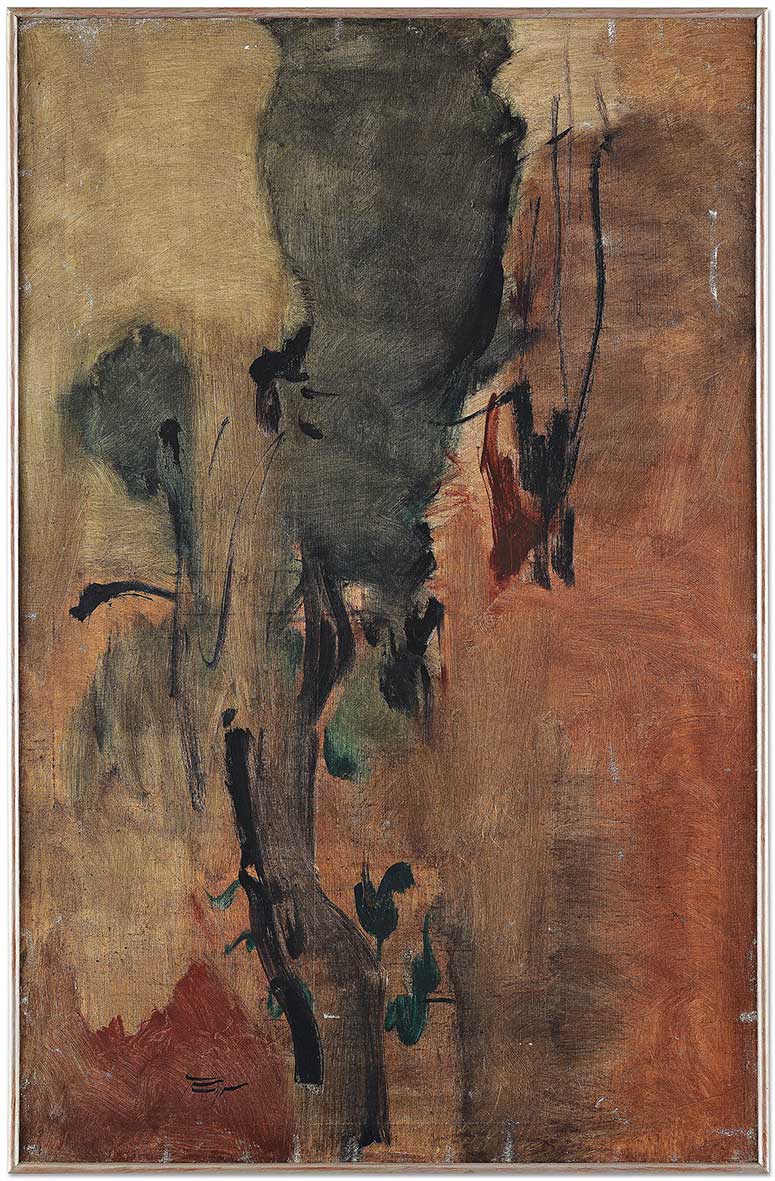