Peter Dahl had his breakthrough around 1970, thanks to his series of critical realist paintings. This series, Drömmar i soffhörnet ("Dreams In The Sofa Corner") is made up of twenty paintings. The artist himself described it as follows: Most perceived the series "Drömmar i soffhörnet" as a political satire of our society, and rightly so. However, it was also a portrayal of the problematic relationship between reality and daydreams. (From Peter Dahls memoir Ofullbordat, 1994).

For the exhibition at Sven-Harry's Art Gallery in Stockholm 2018, the following was written about this group of artworks: In the series from 1970, the couple Kalle and Rosa are sat on the sofa dreaming about being invited to a party by their boss. Rosa enthusiastically describes the luxury and elegance that she recognises from gossip magazines. Kalle replies scornfully and negatively. The storyline escalates with celebrities who become increasing liberated: Princess Sibylla and an unknown man kiss. Everything is ruined when Kalle goes on about his revolutionary romantic dreams and revolts in the living room. The party disappears and they are back on the sofa.

When the series was presented at Gothenburg's Art Gallery in December 1970, the police confiscated a painting that was viewed as Liberalisms breakthrough in society, known as Sibyllamålningen ("the sibyl painting"), as it was considered morally offensive. The investigation of the artwork was soon dropped as no expert could say that the painting wasn't an authentic artwork. 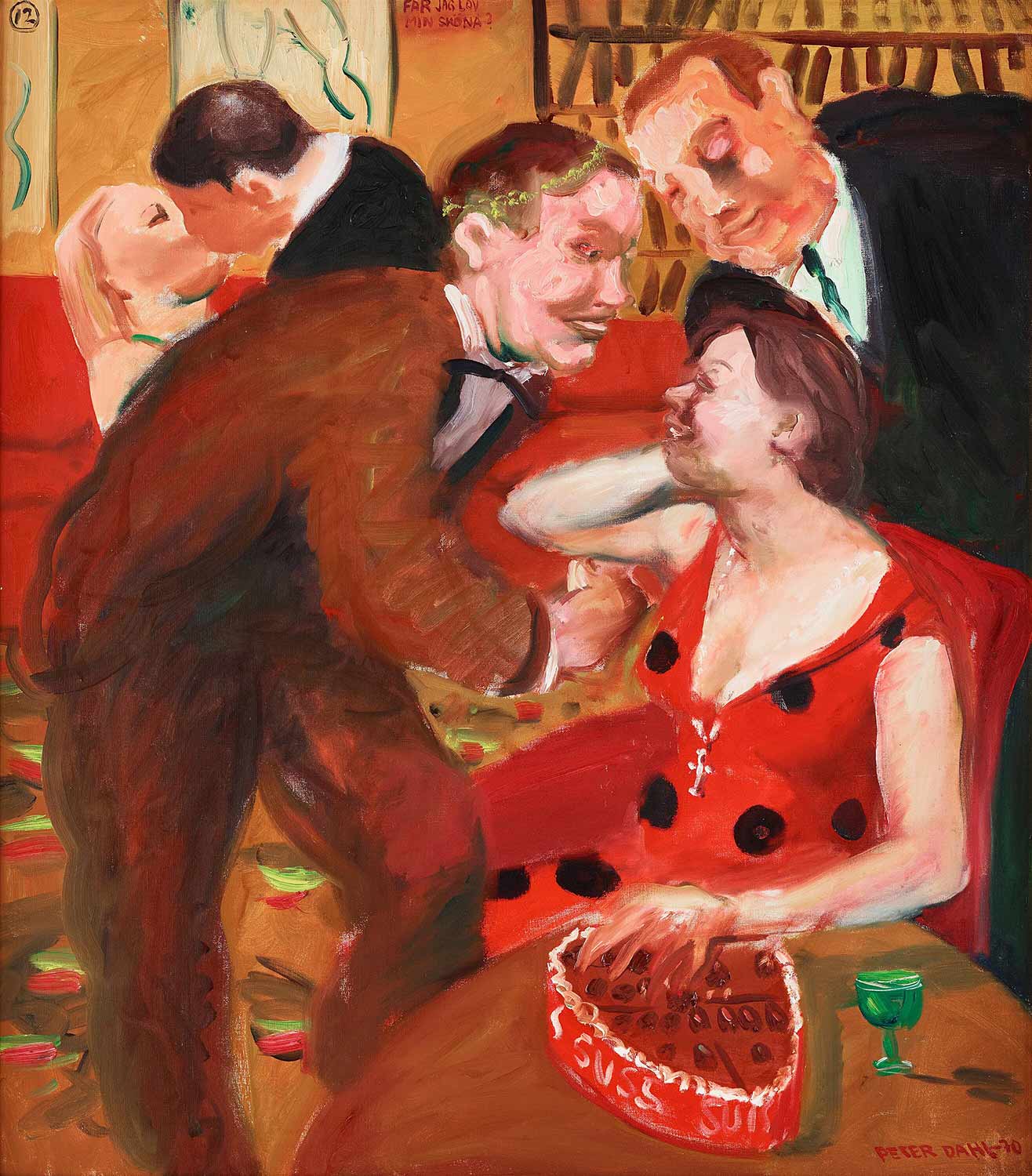 Additional works of art to be sold at the auction