Carl Milles great international breakthrough as a sculptor was the significant exhibition where a selection of his works of art was displayed at the Tate Gallery in London in early 1927. The exhibition was an immediate success and suddenly Milles was a name “on everyone’s lips” among the society in London. He became acquainted with the world-famous author George Bernard Shaw who became enormously fond of Milles artwork and declared when he saw the exhibition "That's the real stuff". Shaw offered to help Milles by joining the committee for the Swedenborg Monument, which was to be built in London, thereby creating increased public interest.

The attention also led to a series of invitations and soon several orders for his artwork. One of the delighted visitors of the exhibition was the wealthy Lord Melchett who soon invited the artist to his home Melchet Court in Hampshire. Lord Melchett, who was just renovating his estate, had two large wild boars in bronze ordered for the stairs at the garden of Melchet Court. The magnificent pair of wild boars was completed in 1929 and Milles had been inspired by the famous fountain sculpture Il Porcellino from the early 17th century in Florence.

The order of this artwork could hardly have suited Milles better as he was very interested in sculpting large heavy animals such as bears, elephants and wild boars. His sculptures were also often inspired by Ancient Antique mythology and the wild boar is an animal that often appears in the Greek antique stories. 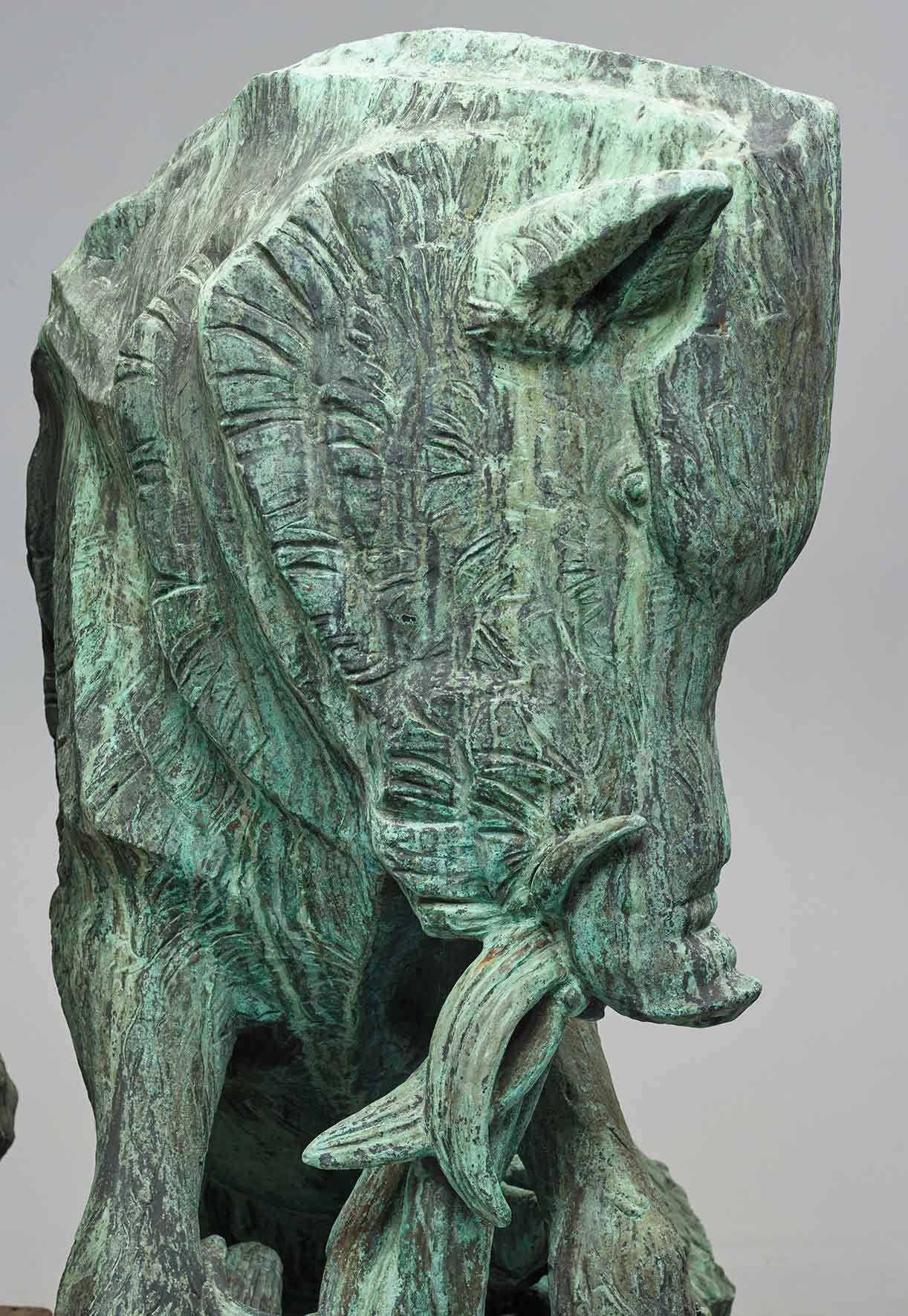 Lord Melchett's pair of wild boars were later bought by the Crown Prince of Sweden, later King Gustav VI Adolf, and since 1937 they have been placed in the royal park at Ulriksdal castle outside of Stockholm. In a letter to Milles the same year, the Crown Prince wrote: The two wild boar in bronze, which You made for Lord Melchett, came on the market in connection with the sale of Melchet Court. They were offered to me and I have now acquired them and placed them in the park of Ulriksdal, where they, I think, look really great.

If you look a little closer at the wild boars, you discover playfully placed details such as the small beetle on one wild boar's leg and a lizard on the other.
The couple in this auction have belonged to the builder Olle Engkvist and previously been placed in the park at Charlottendal Estate in Gröndal just outside of Stockholm.

The Flying Horse was originally intended to be part of a planned monument with king Charles XII, as a preserved drawing of Milles hand shows. However, the artist soon abandoned the idea of an equestrian monument and instead made Flying Horse a stand-alone work. The Flying Horse was one of the very first examples of Milles floating sculptures. The artist returned throughout his life to the floating form and it is central to Milles art. The free and detached from the earth creates a feeling of independence and strength and can be perceived as freedom both physically and intellectually. The writer and poet Verner von Heidenstam saw the sculpture in the artist's studio and wrote to Milles about his impressions: For a long time I have not seen anything as beautiful as your horse. Will, tendons and muscles throughout. I do not understand how you created this... The earth does not exist for that horse. It flies like celestial objects without wings. 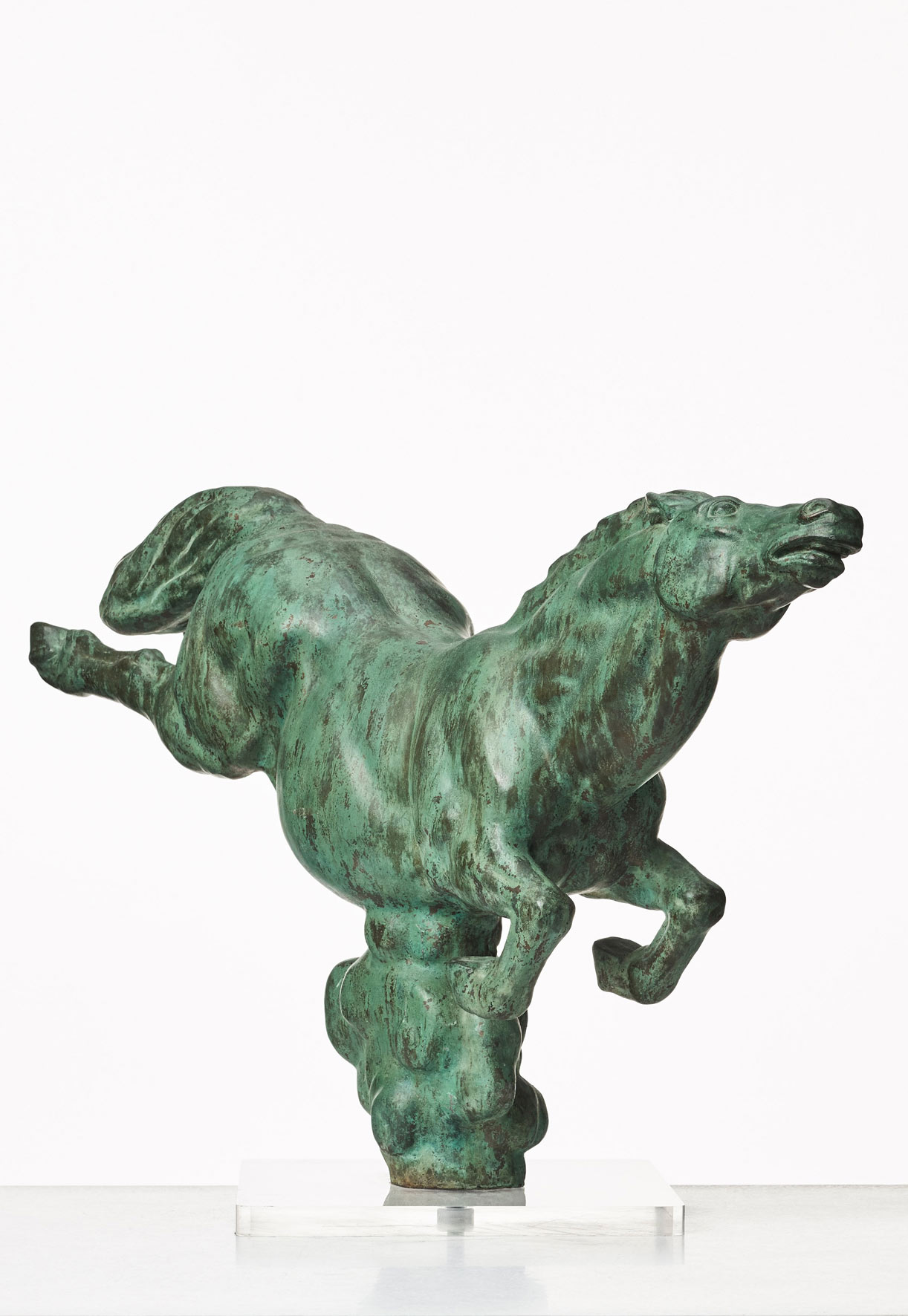 The Skating Princess by Carl Milles is a fast-paced, lively skating girl, the arms are stretched and the short skirt turns in a pirouette. Milles created this bronze in 1949 after seeing a skating girl in Rockefeller Plaza in New York. He became so fond of her movements that he tried to catch them in bronze. The sculpture does not have much in common with Milles heavy themes such as "Man and Pegasus" or "Hand of God" that came together at the same time.

The motif is found at Millesgården. 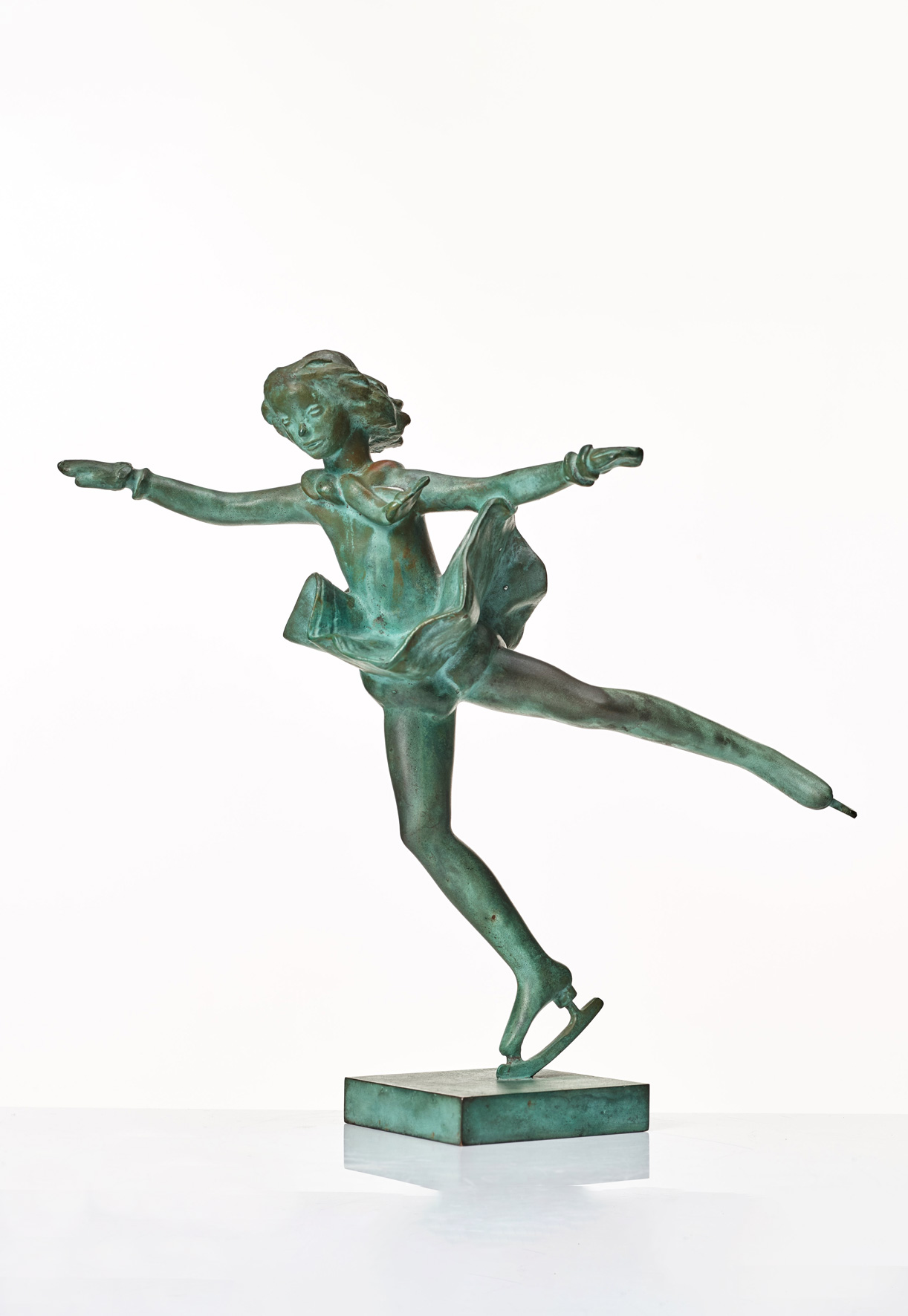