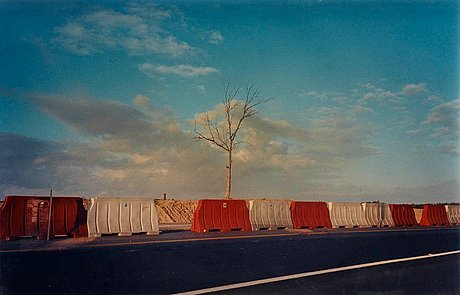 Dvir Gallery, Tel Aviv. Acquired in 2004 by the current owner.

Pavel Wolberg is a photographer and a photojournalist, born in Leningrad, lives and works in Tel-Aviv, Israel.
It is often said about Pavel Wolberg's capacity to view his adopted country both intimately and from a distance, and about his ability to capture the private moment in the complex reality of conflicts and political instability of the region. War, terror, occupation, army, intifada, Ultra orthodox Judaism and Hasidic Judaism communities, down town Tel Aviv, religious and secular, are usually captured in large and even panoramic formats.
Lindsay Harris, wrote about Pavel Wolberg,in the catalogue of the 52 Venice Biennale: "In their poignant representation of potent, even unsettling imagery, Wolberg's photographs evoke the gritty drama of traditional photojournalism, such as the black-and-white wartime photographs of Robert Capa, Henri Cartier-Bresson and other members of Magnum Photos. Yet Wolberg's carefully composed images and refined treatment of light belie his artistic sensibility"."He is the witness I would have liked to have there instead of me," writes Haaretz photographer Alex Levac.