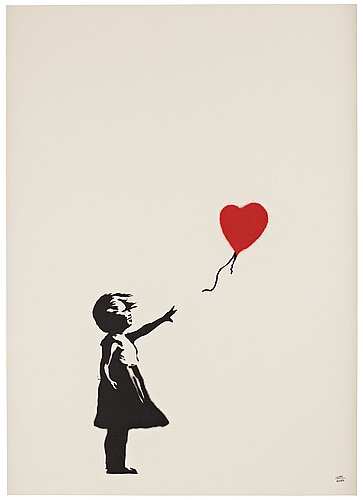 Screenprint in colours, 2004. Numbered in pencil 400/600. Published by Pictures on Walls, London and with their blind stamp. S: 70 x 50 cm. This lot is accompanied by a certificate of authenticity issued by Pest Control Office.