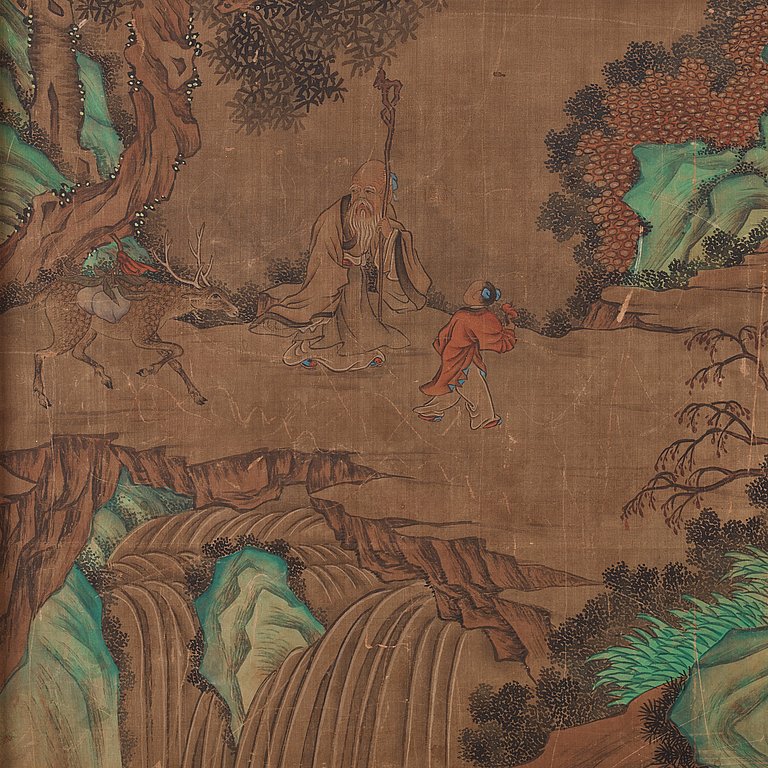 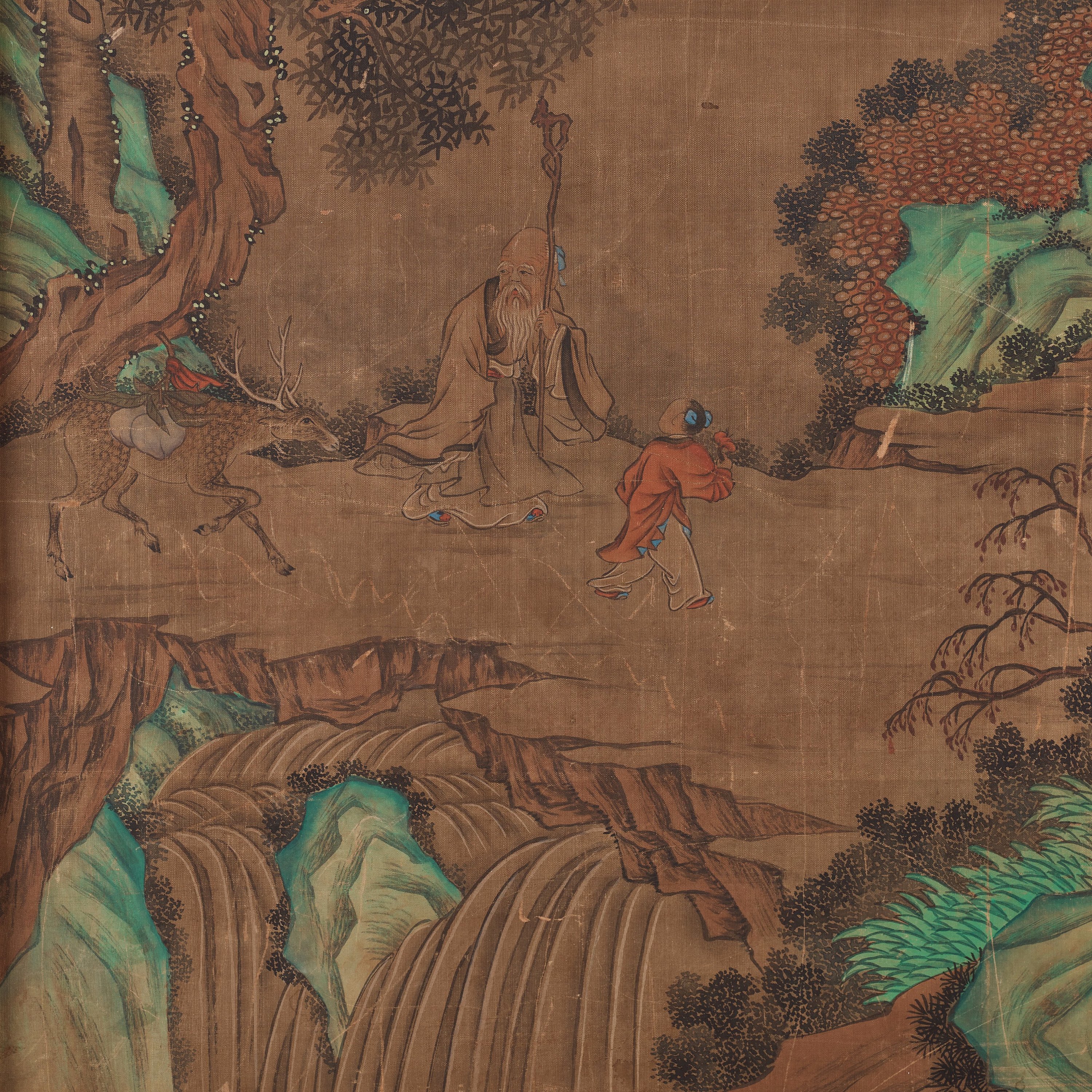 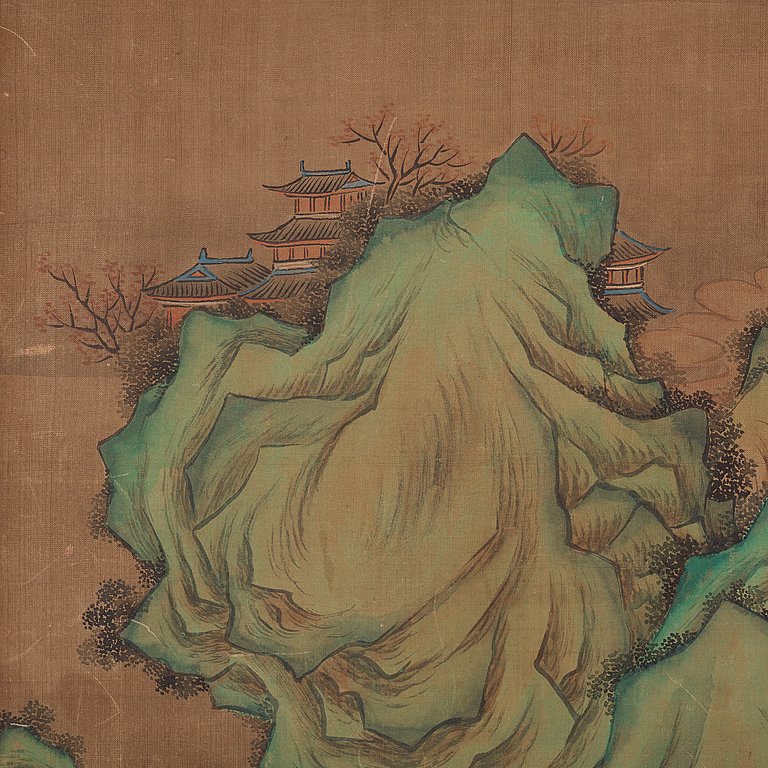 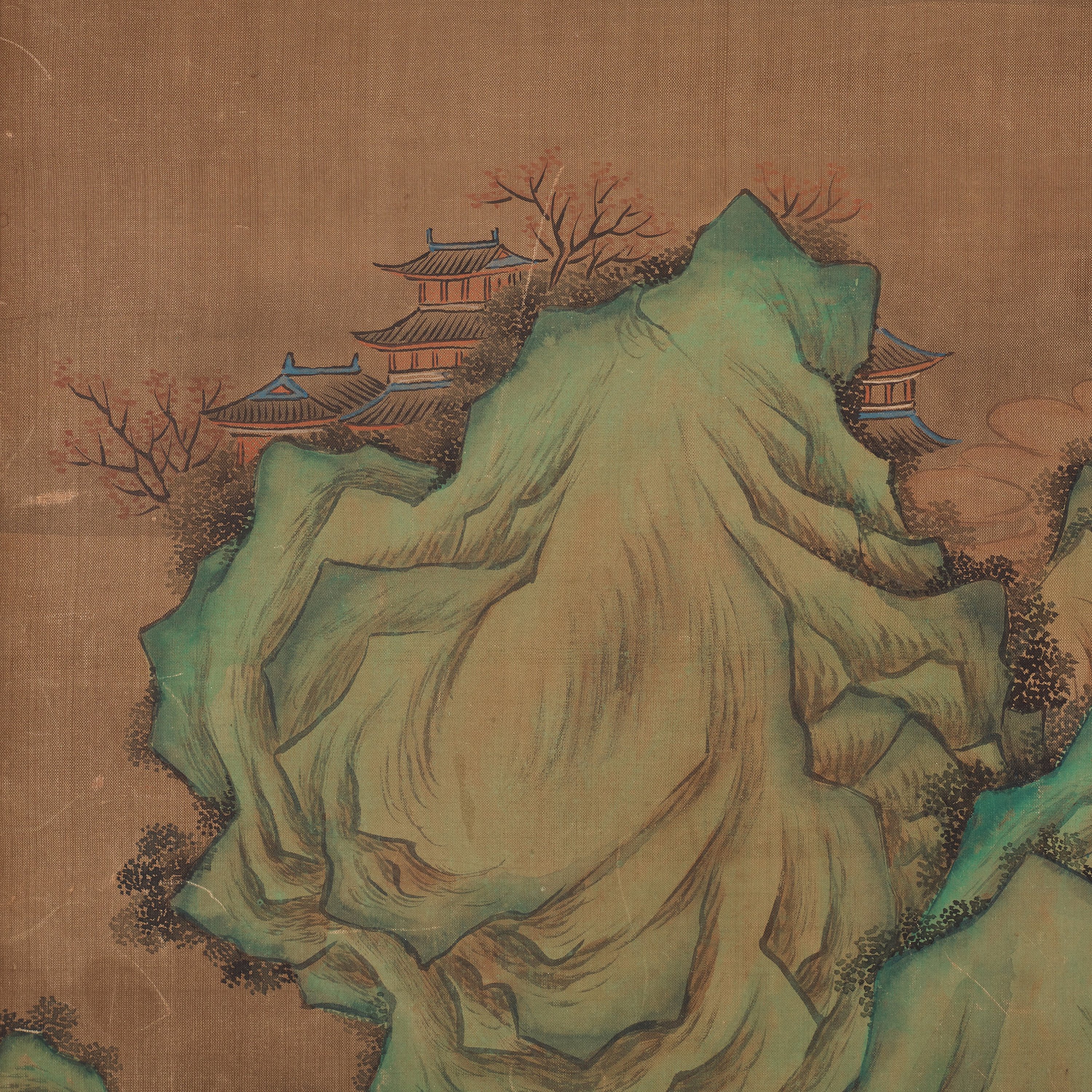 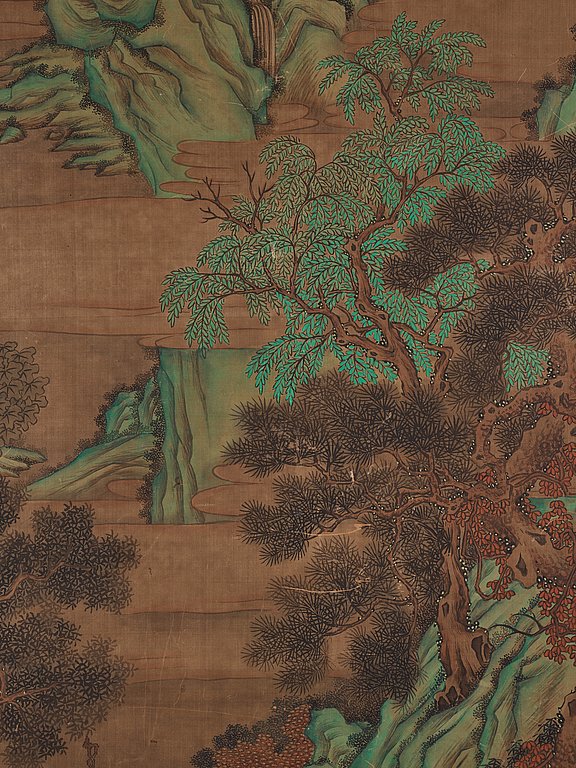 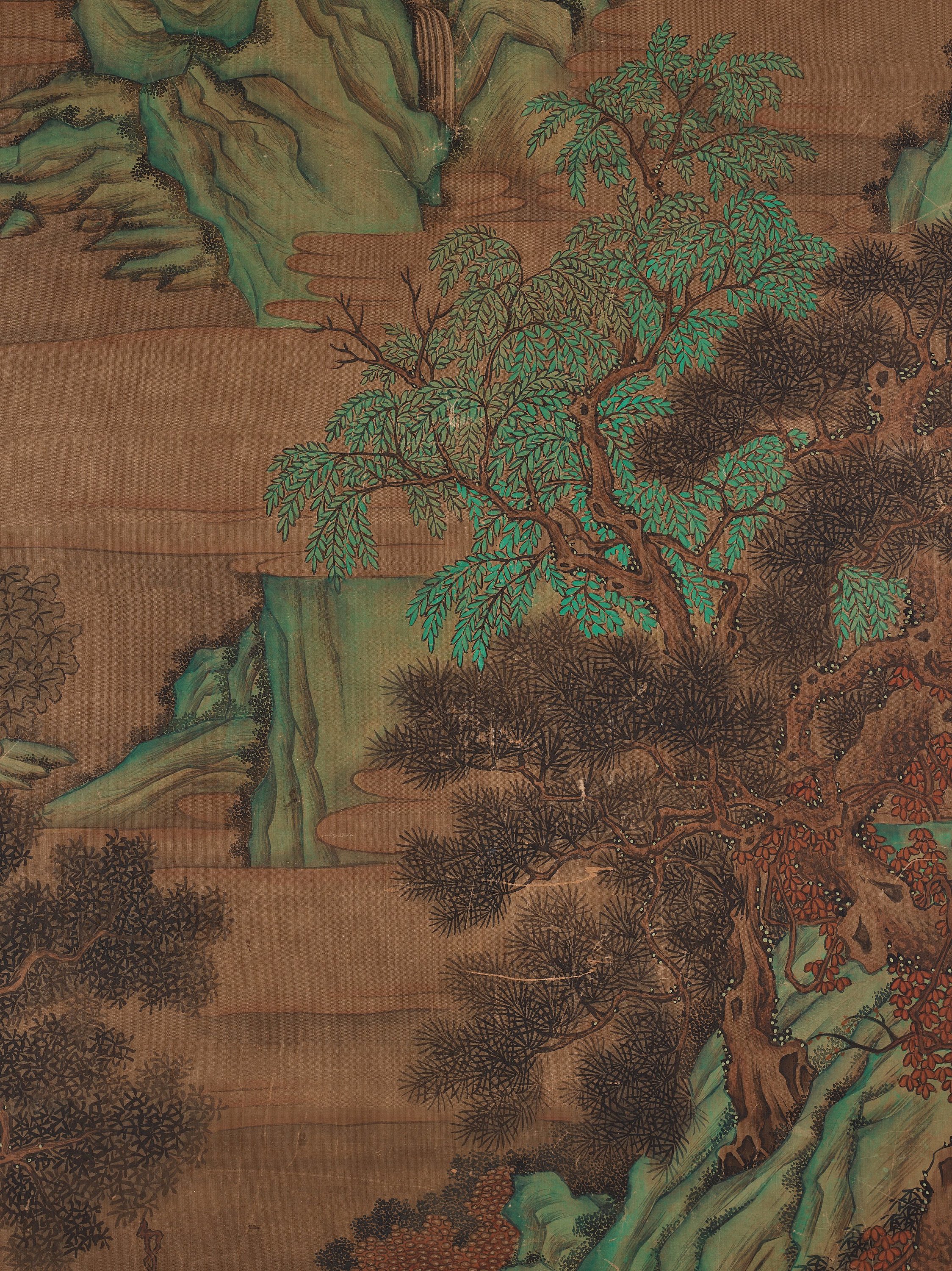 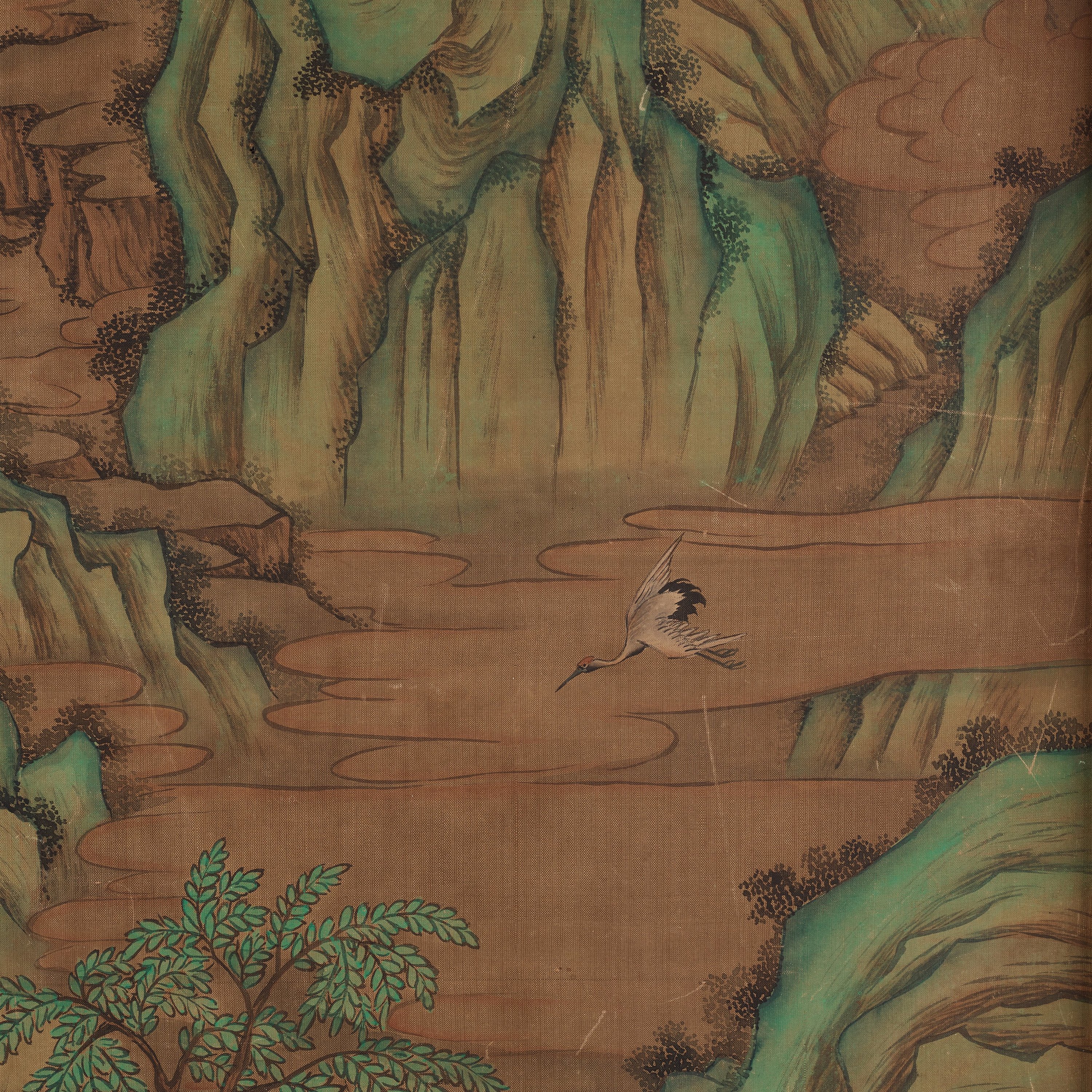 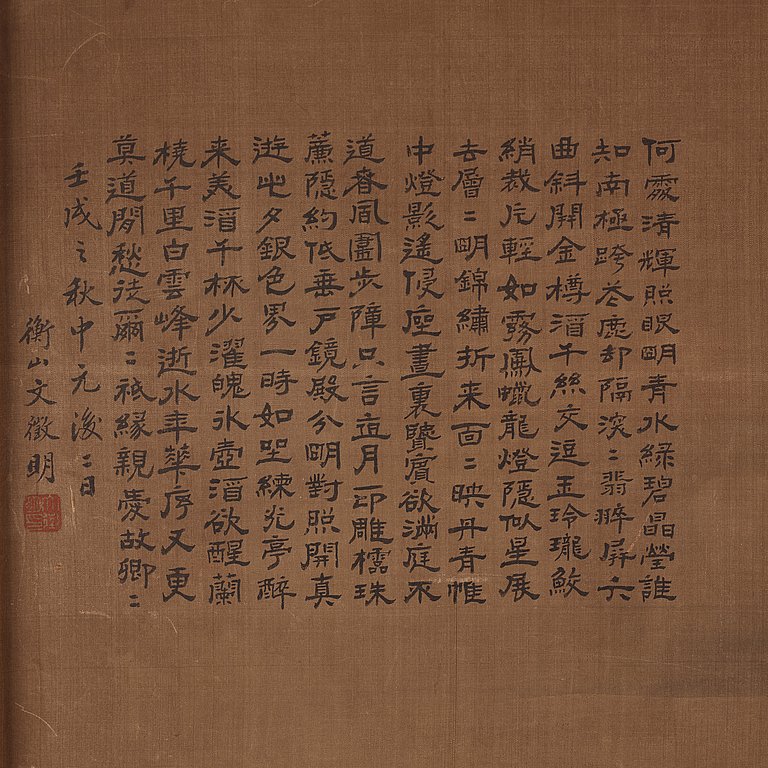 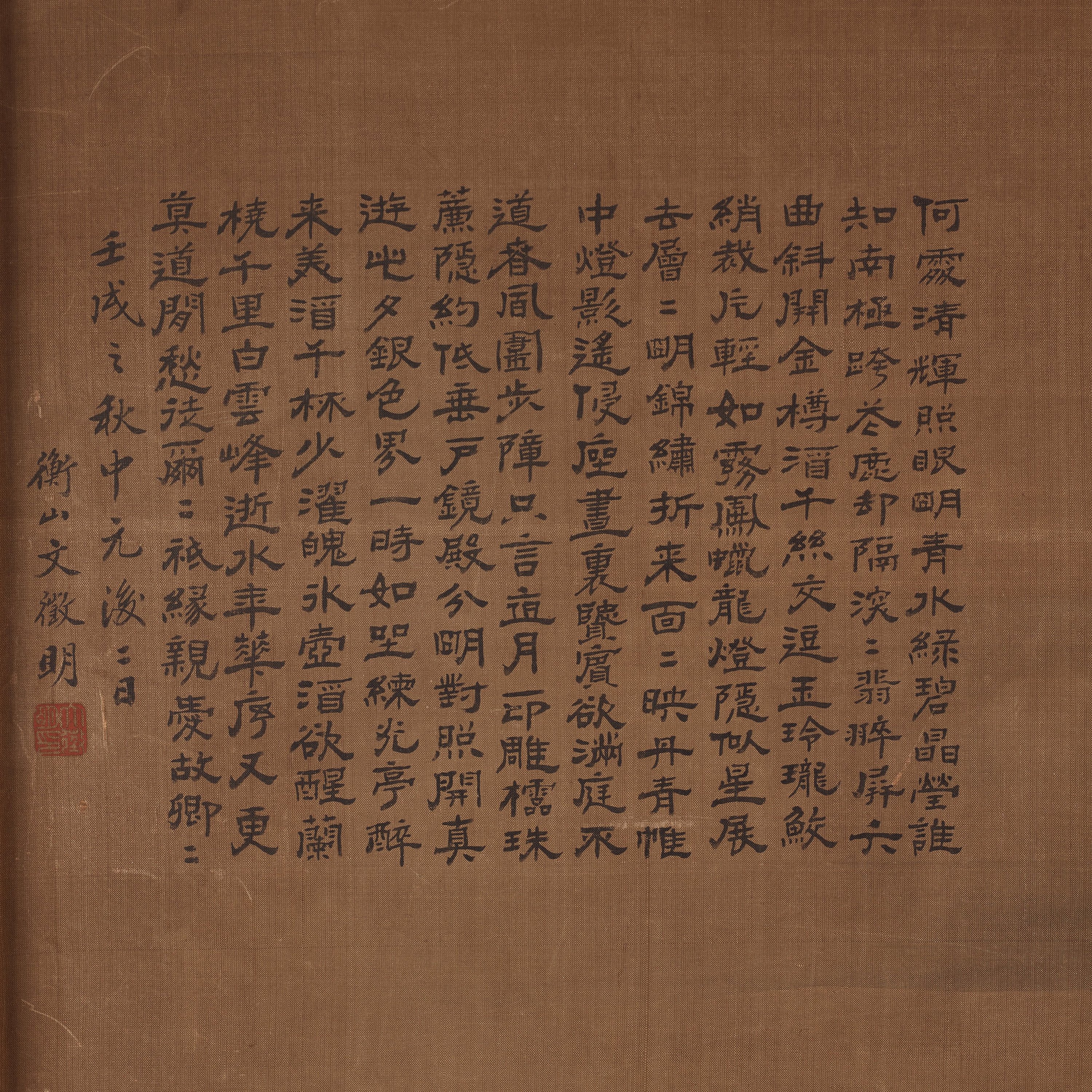 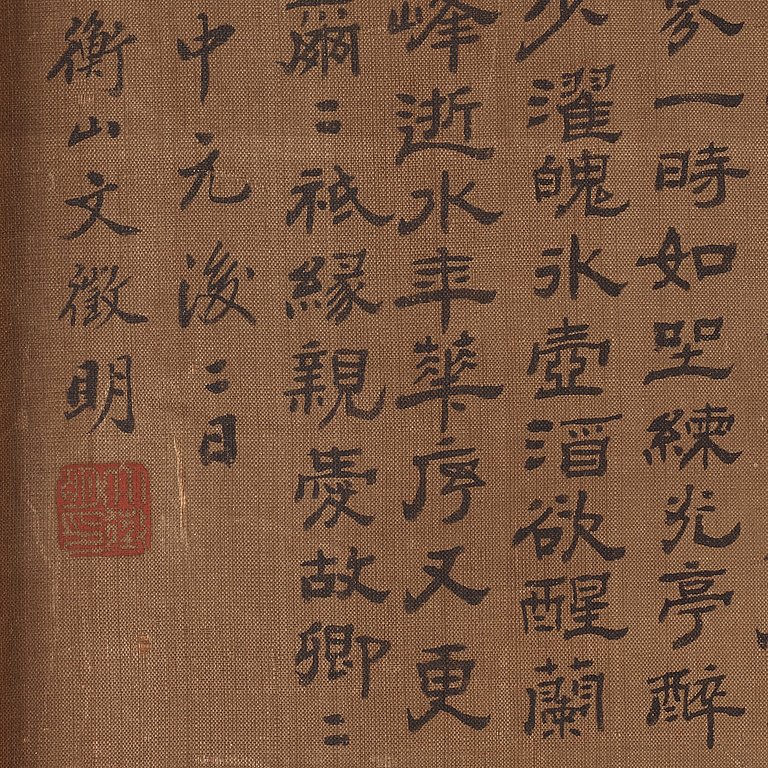 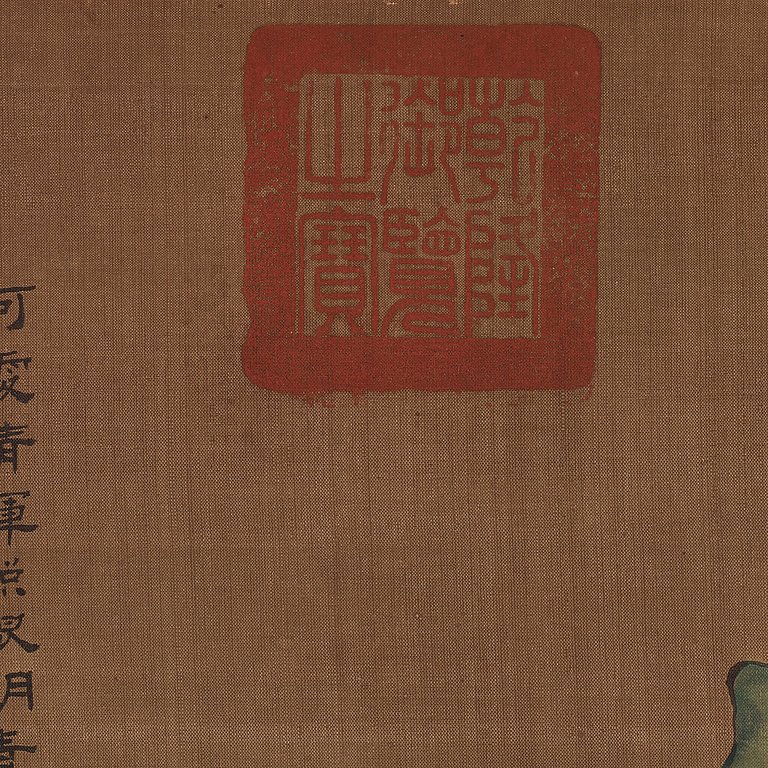 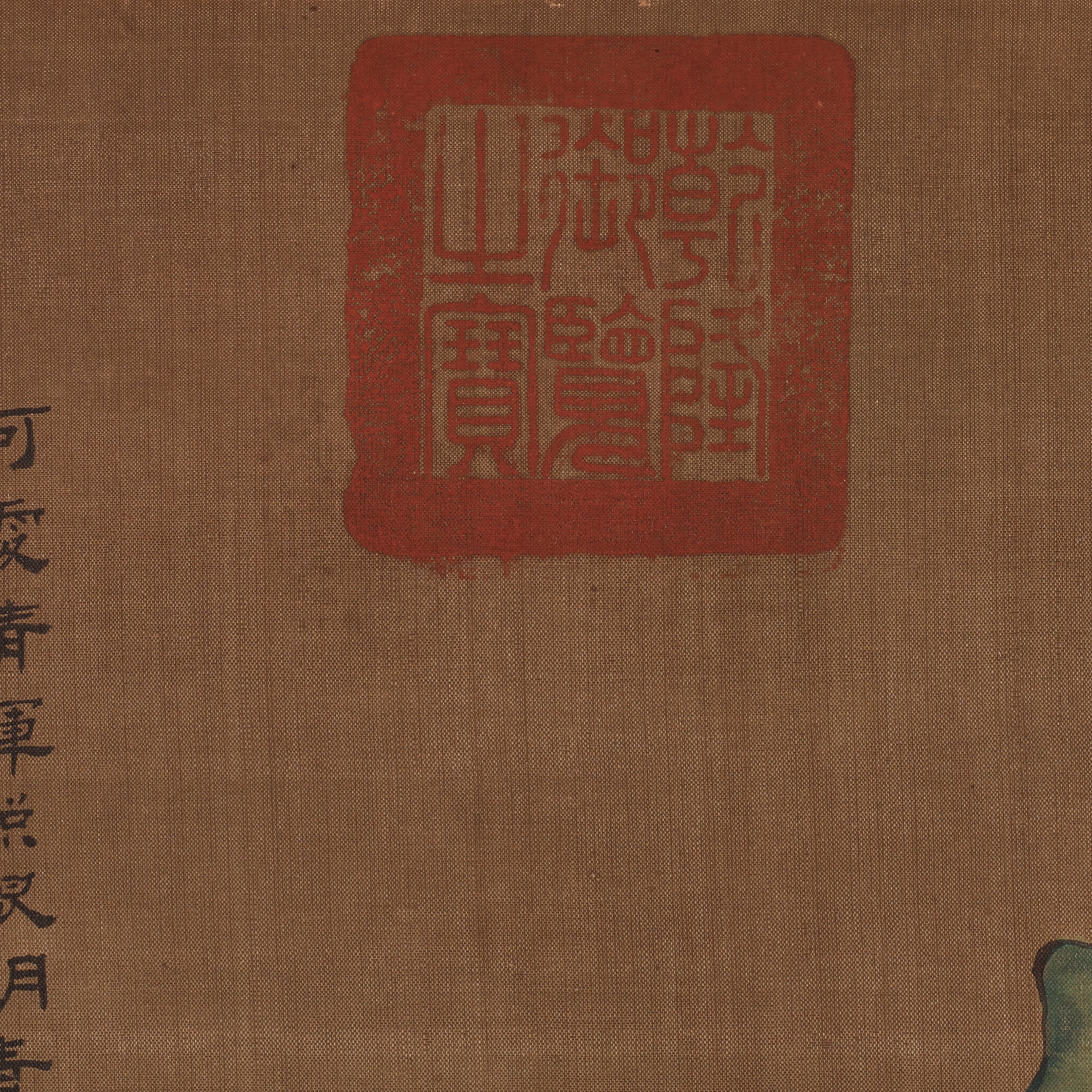 but later. Color and ink on silk laid on panel. Two seals in red. With calligraphy. Sholou is walking with his deer and an attendant though a landscape with misty mountains and waterfalls. Measurment with frame 70-156 cm