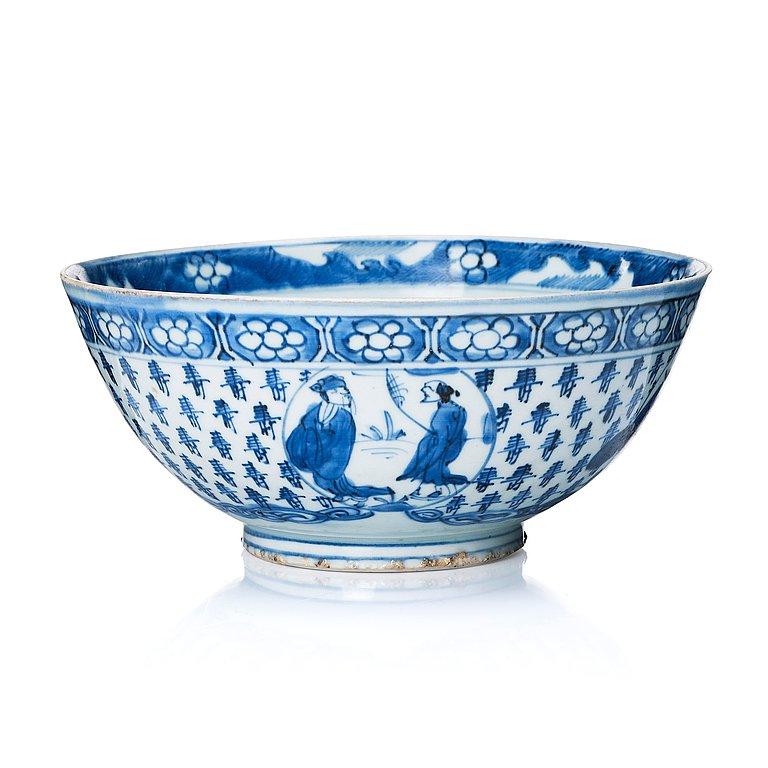 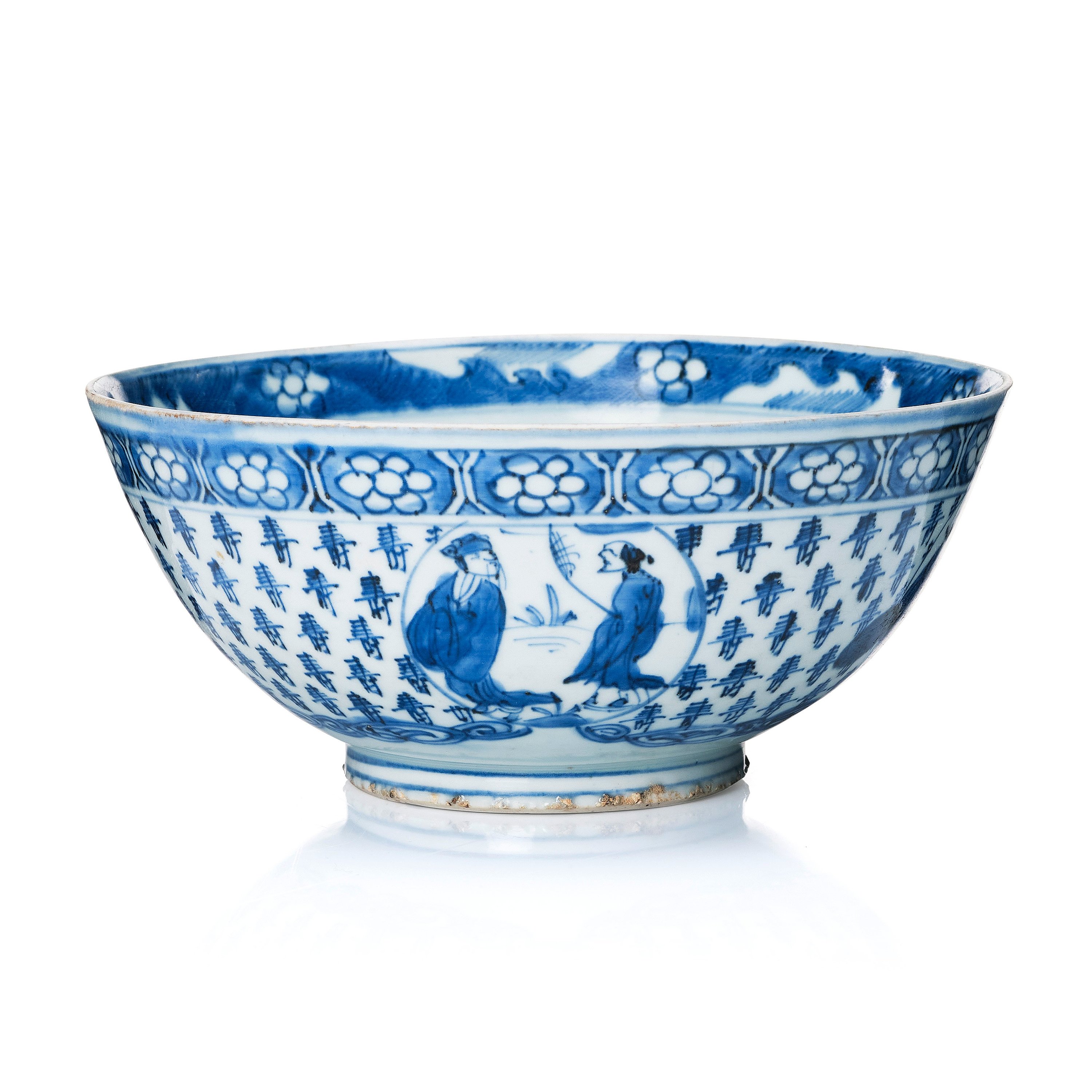 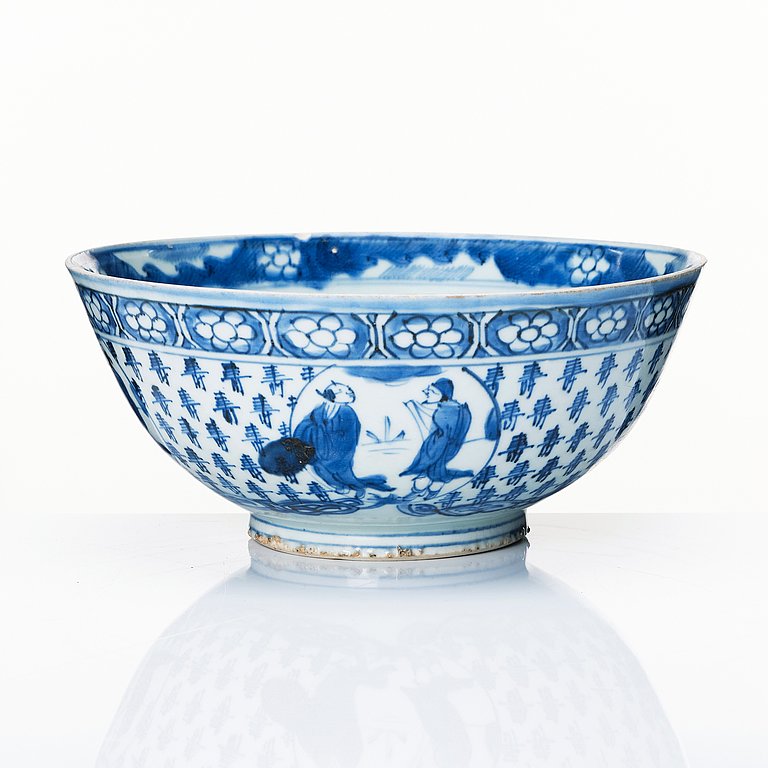 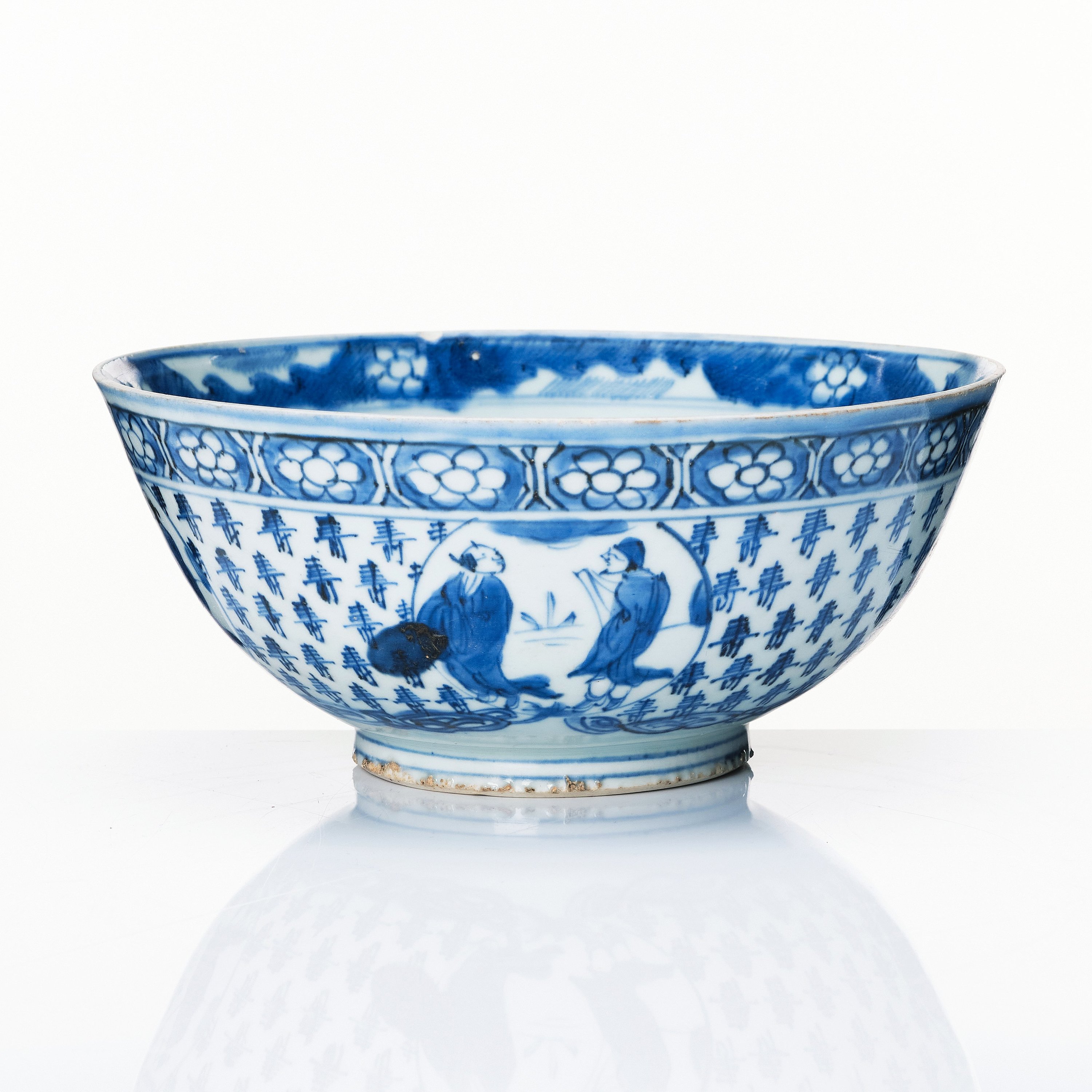 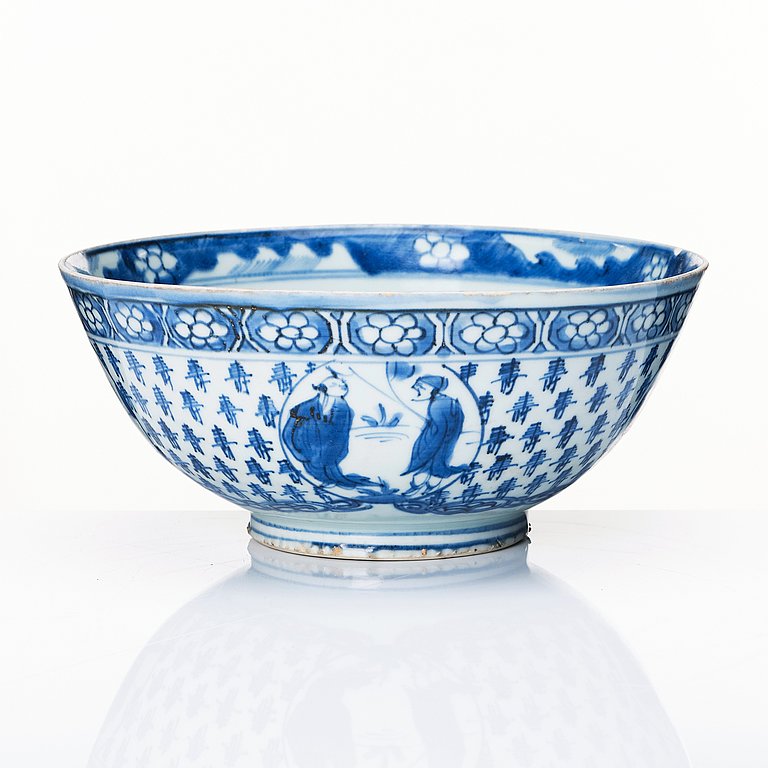 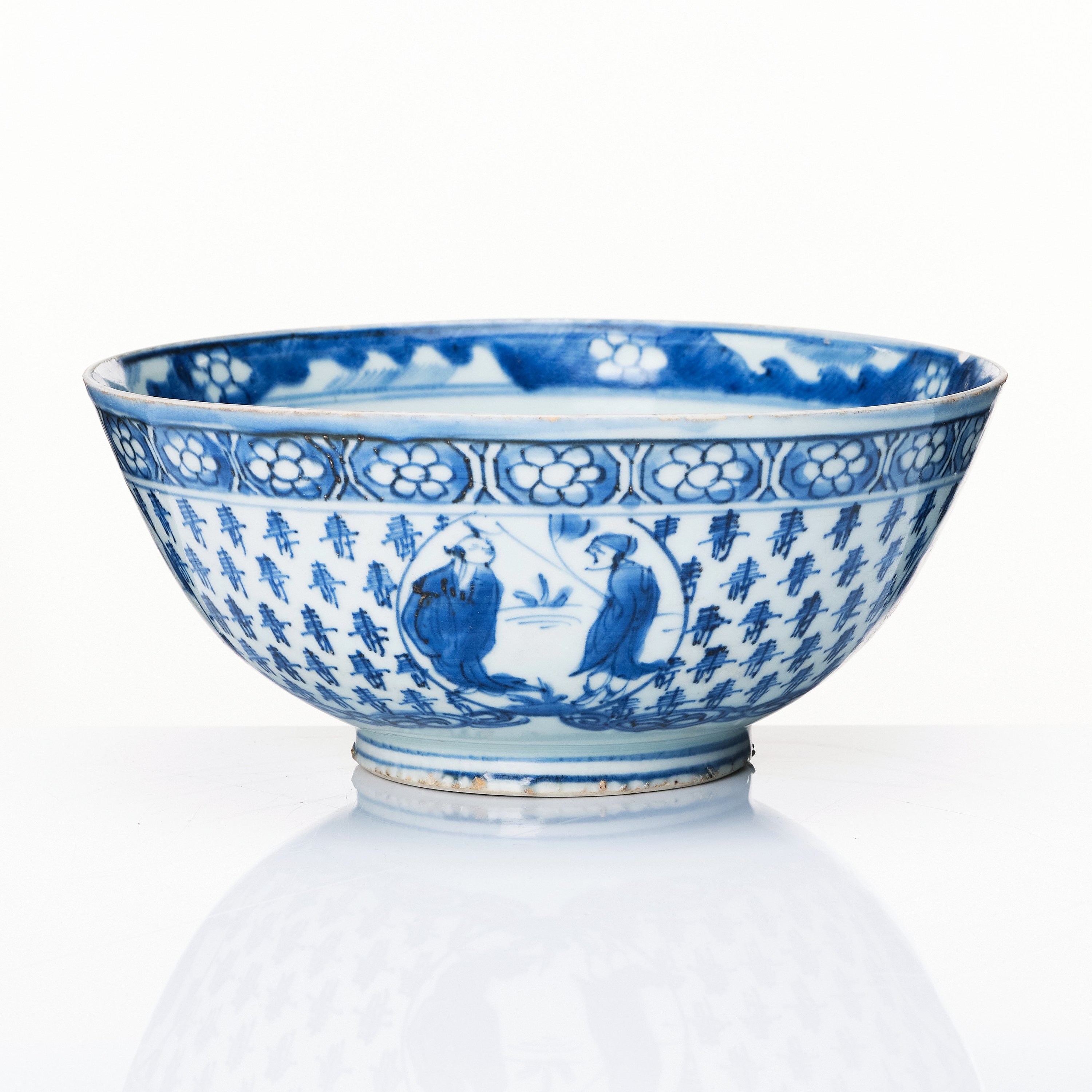 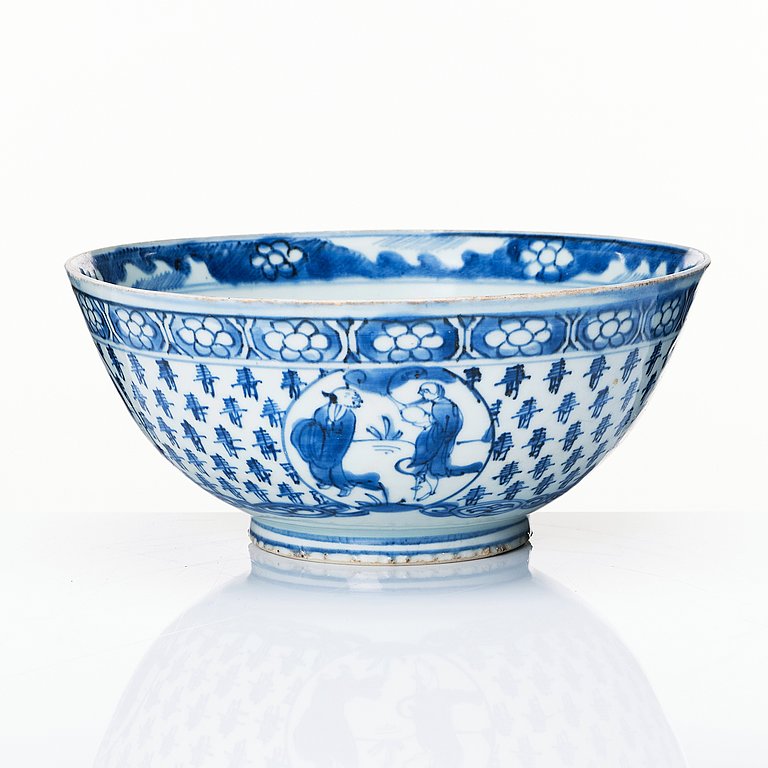 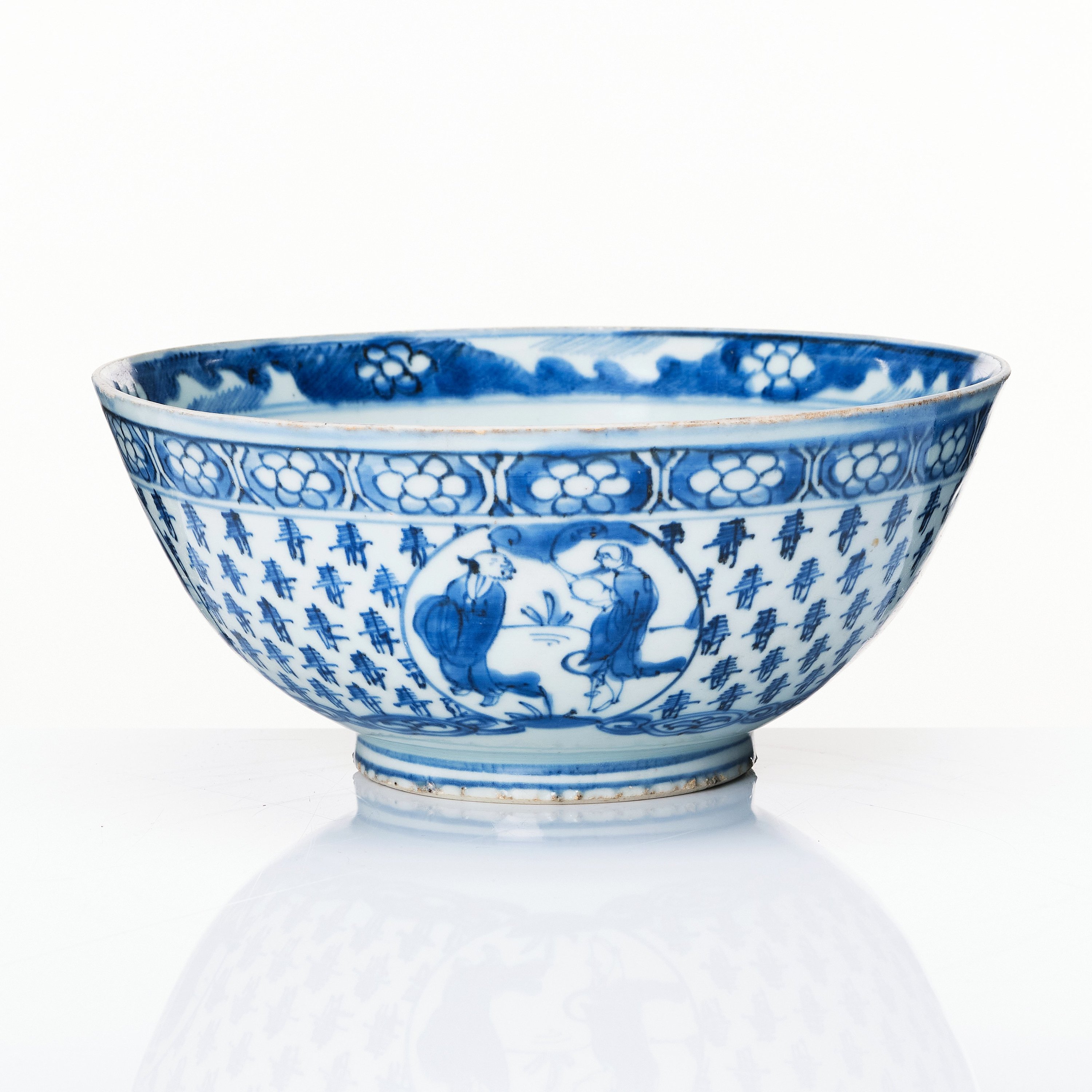 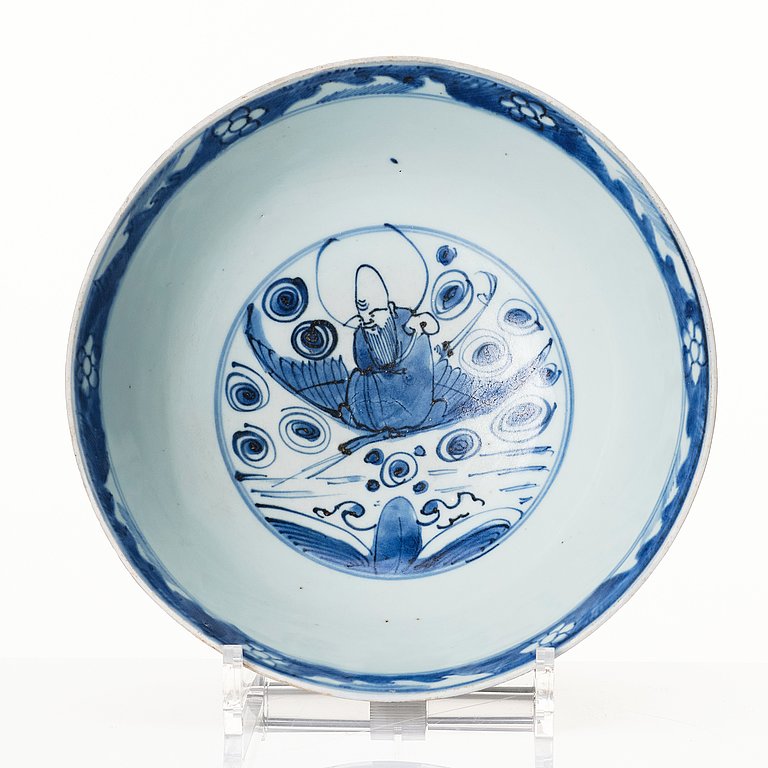 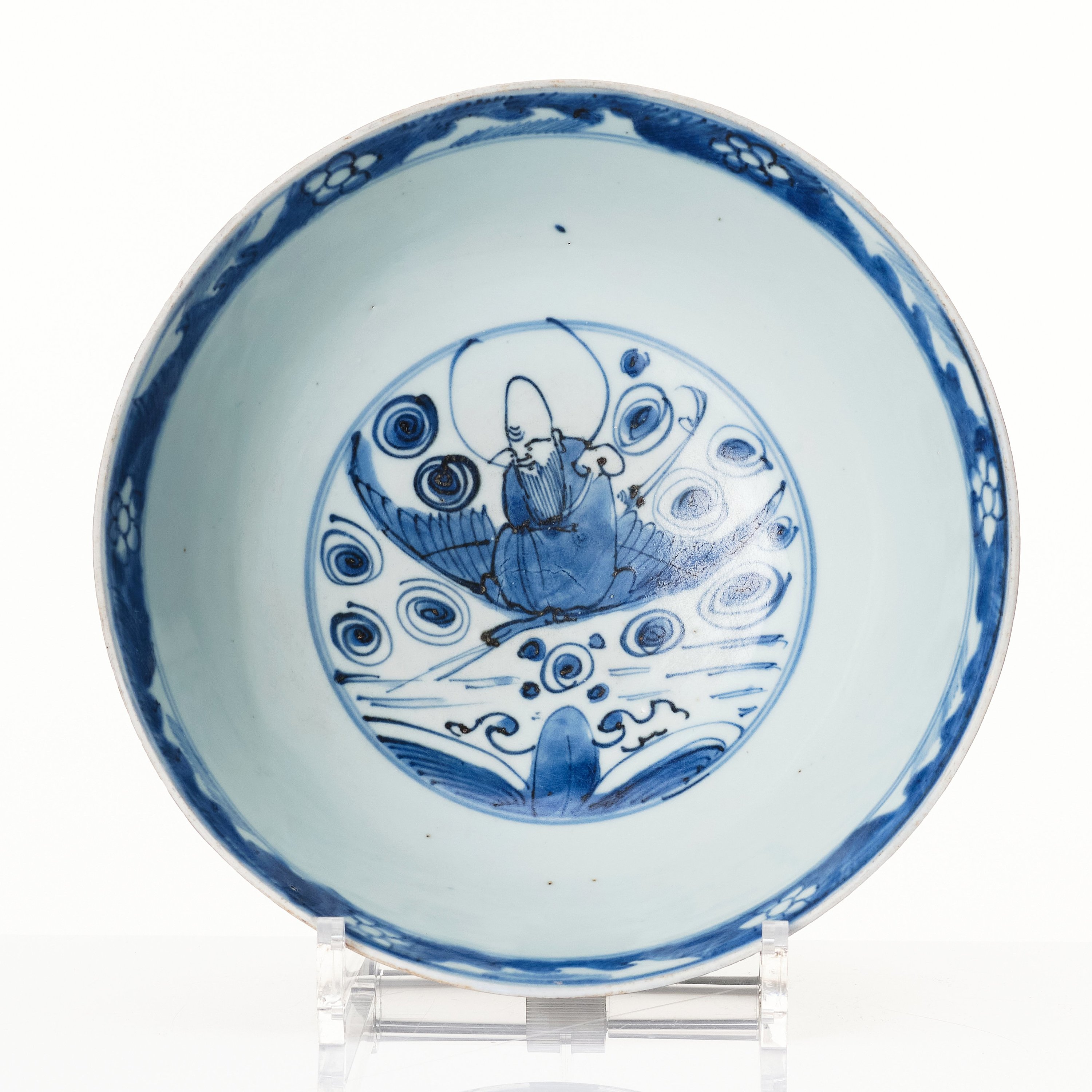 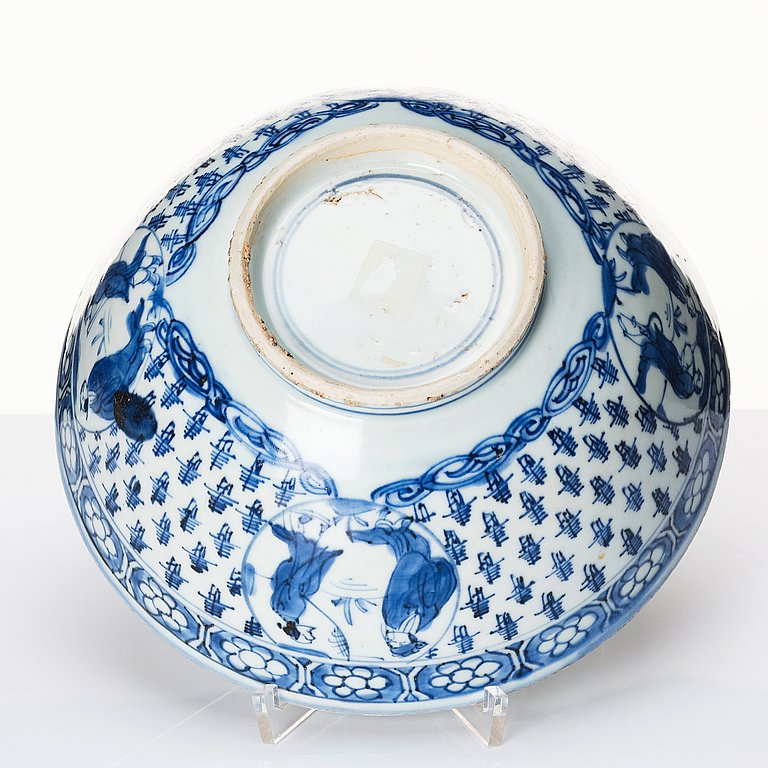 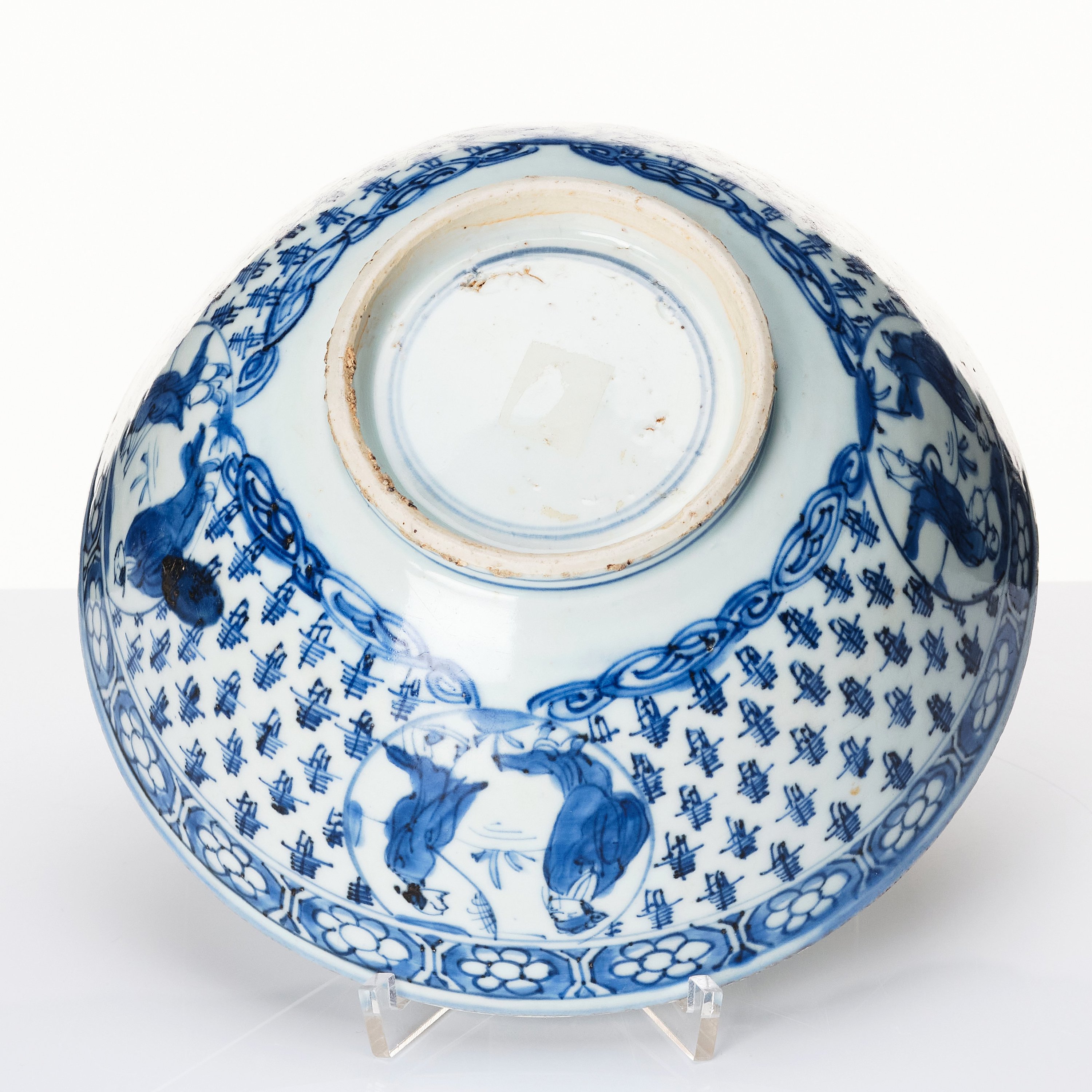 Rounded sides on a short footrim, decorated with roundels with figures, all against a ground almost covered in chinese characters. The interior decorated with Sholaou riding on his crane above swirling water. Diameter 21.5 cm.