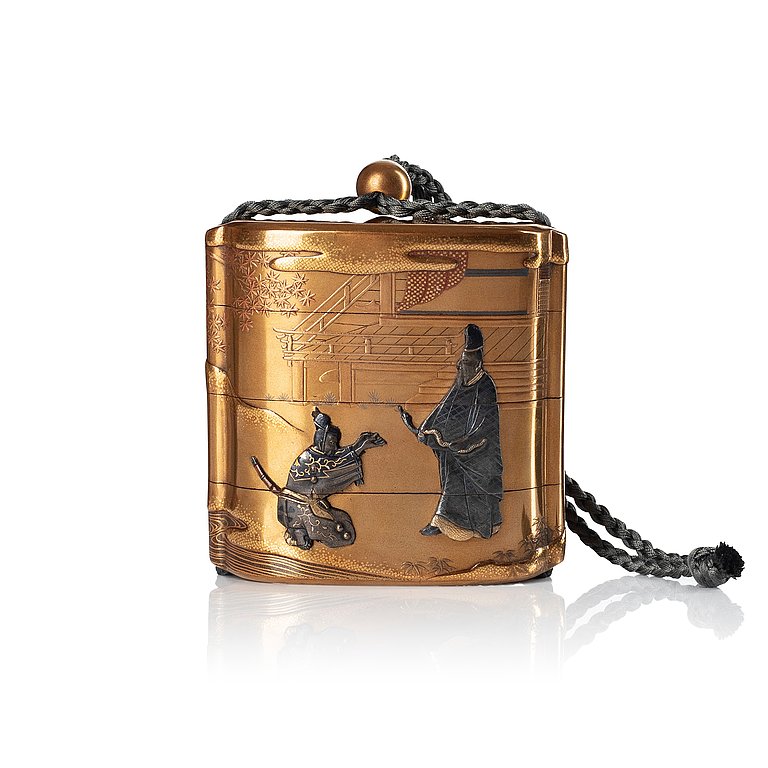 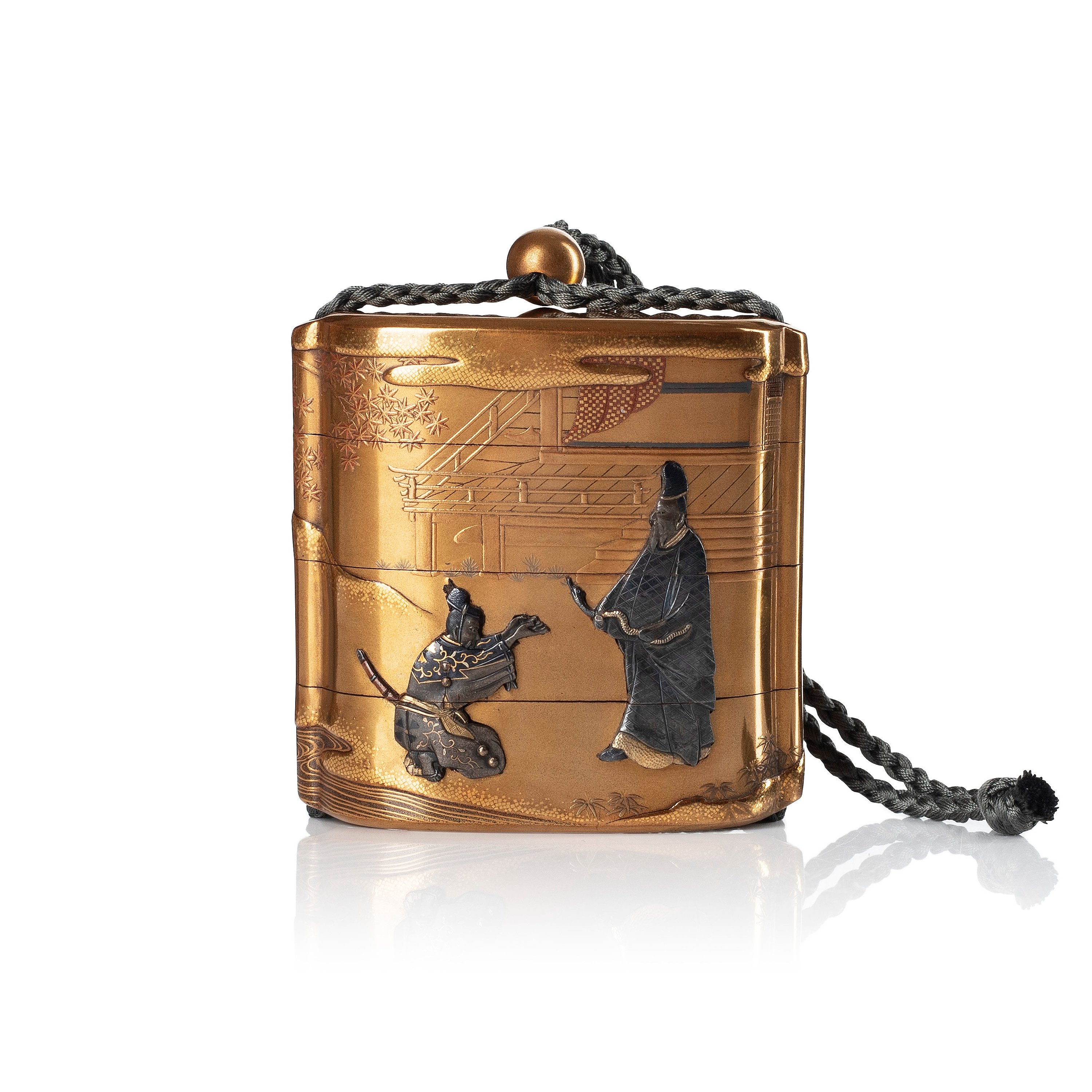 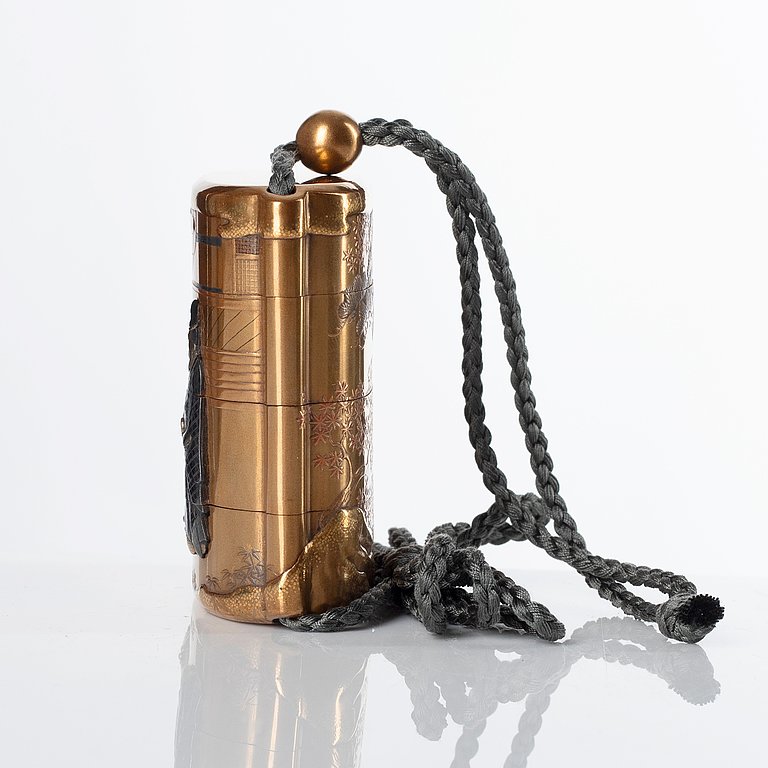 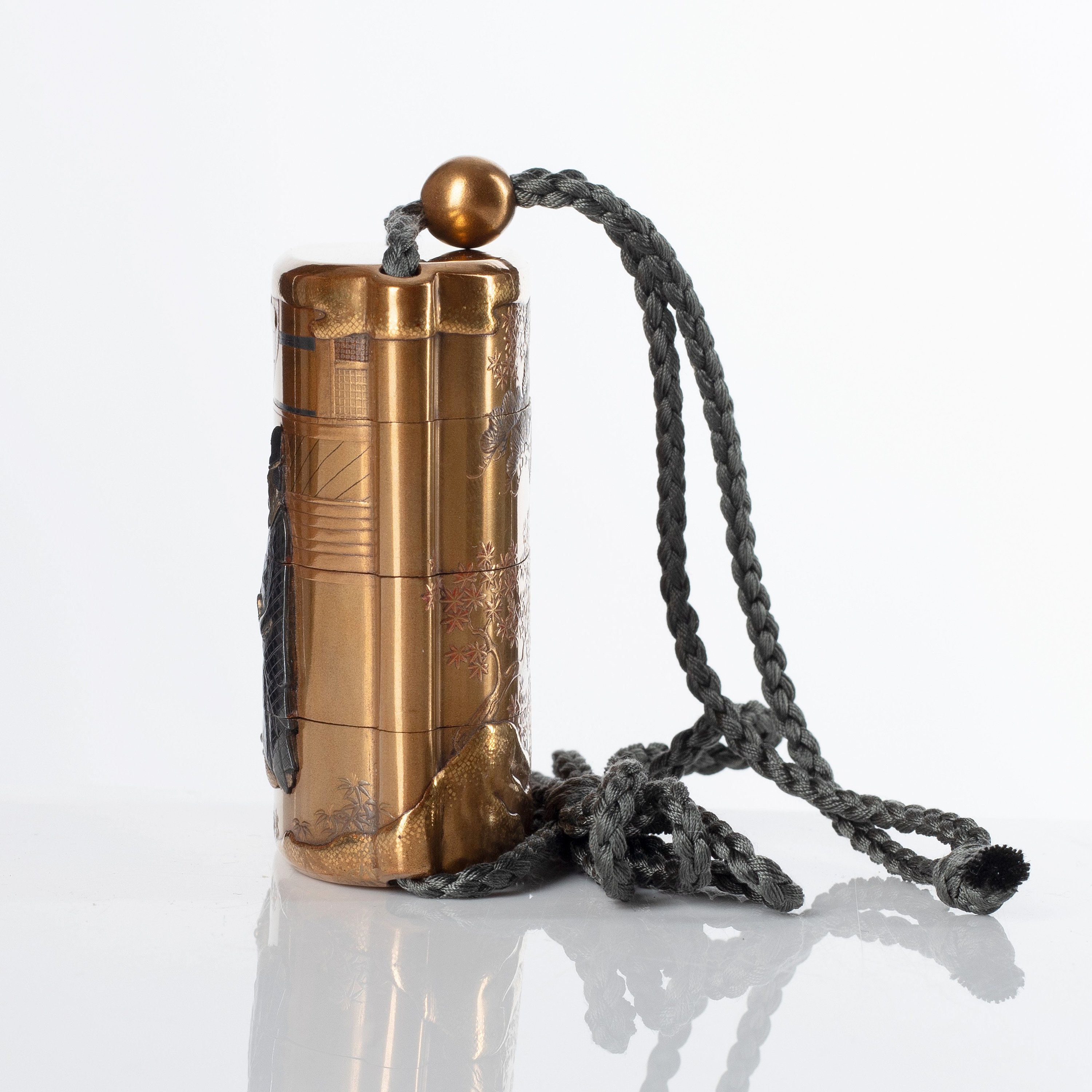 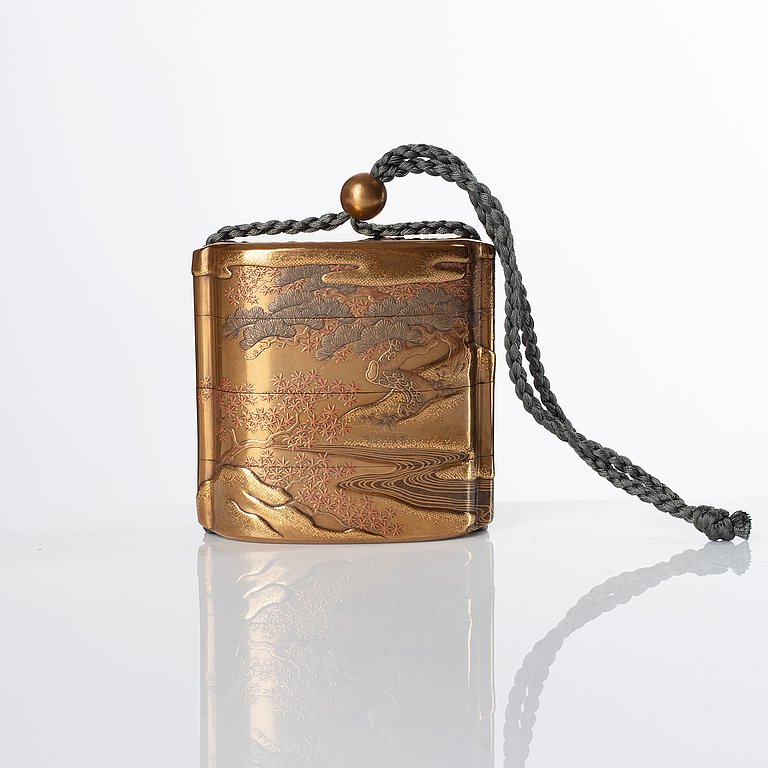 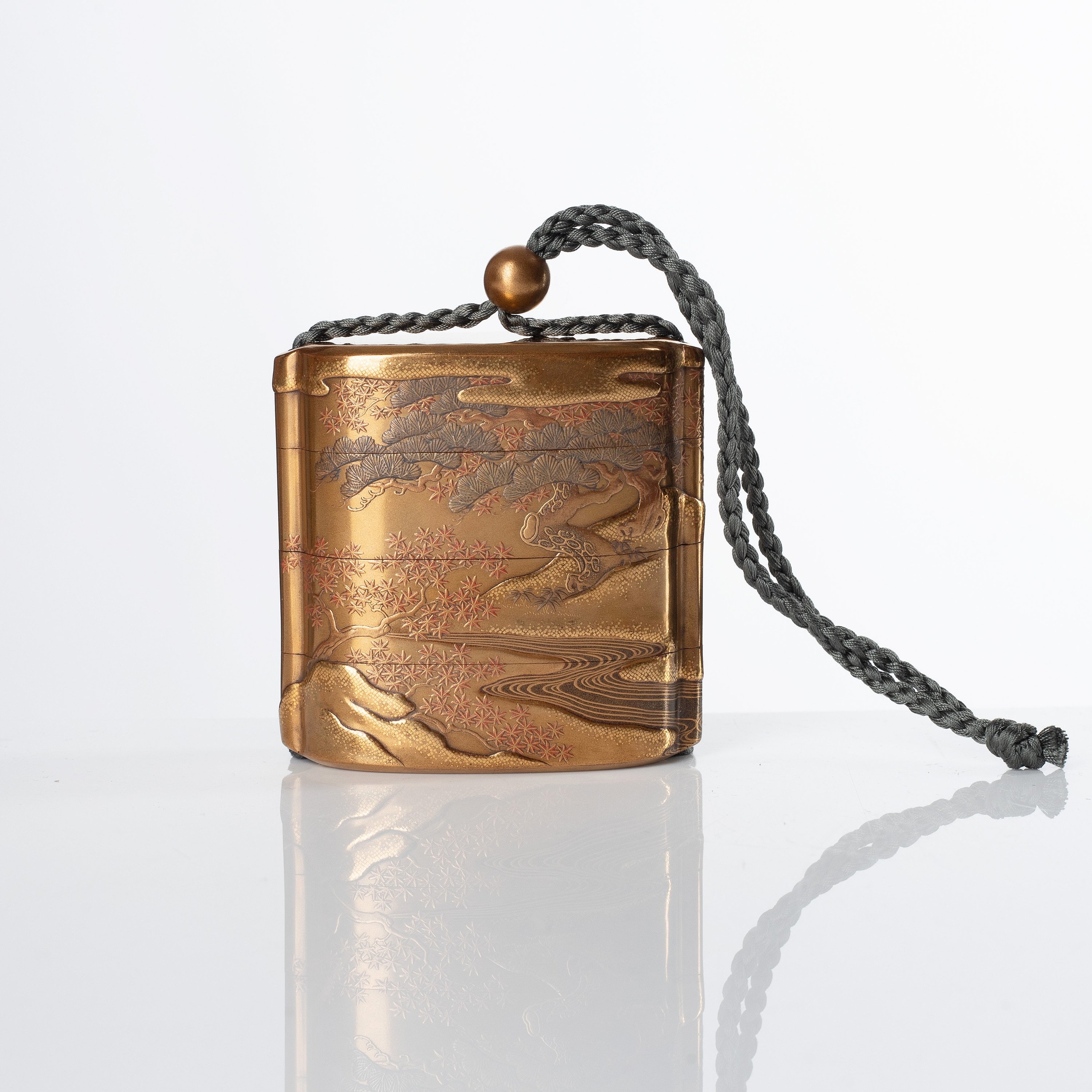 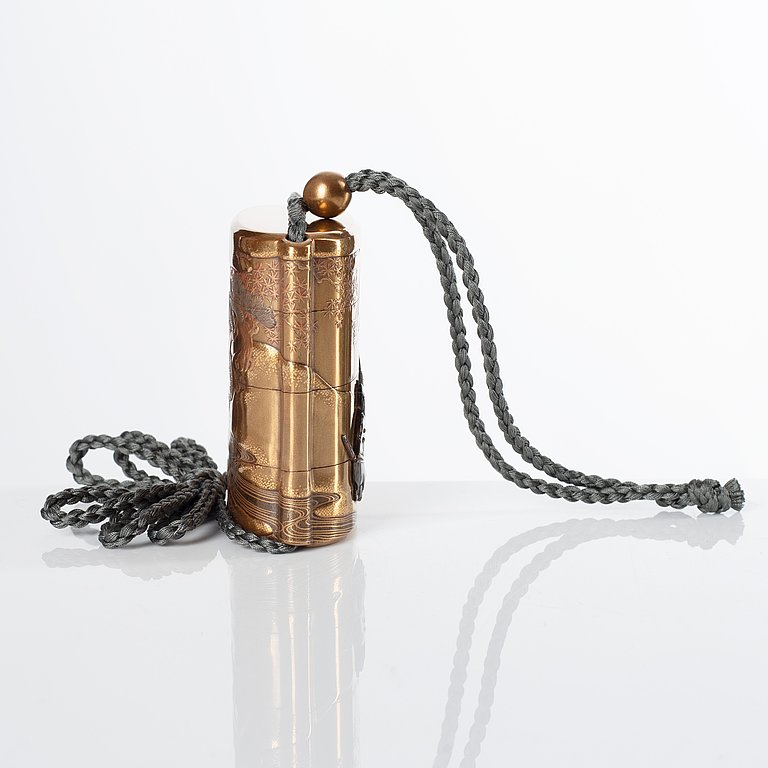 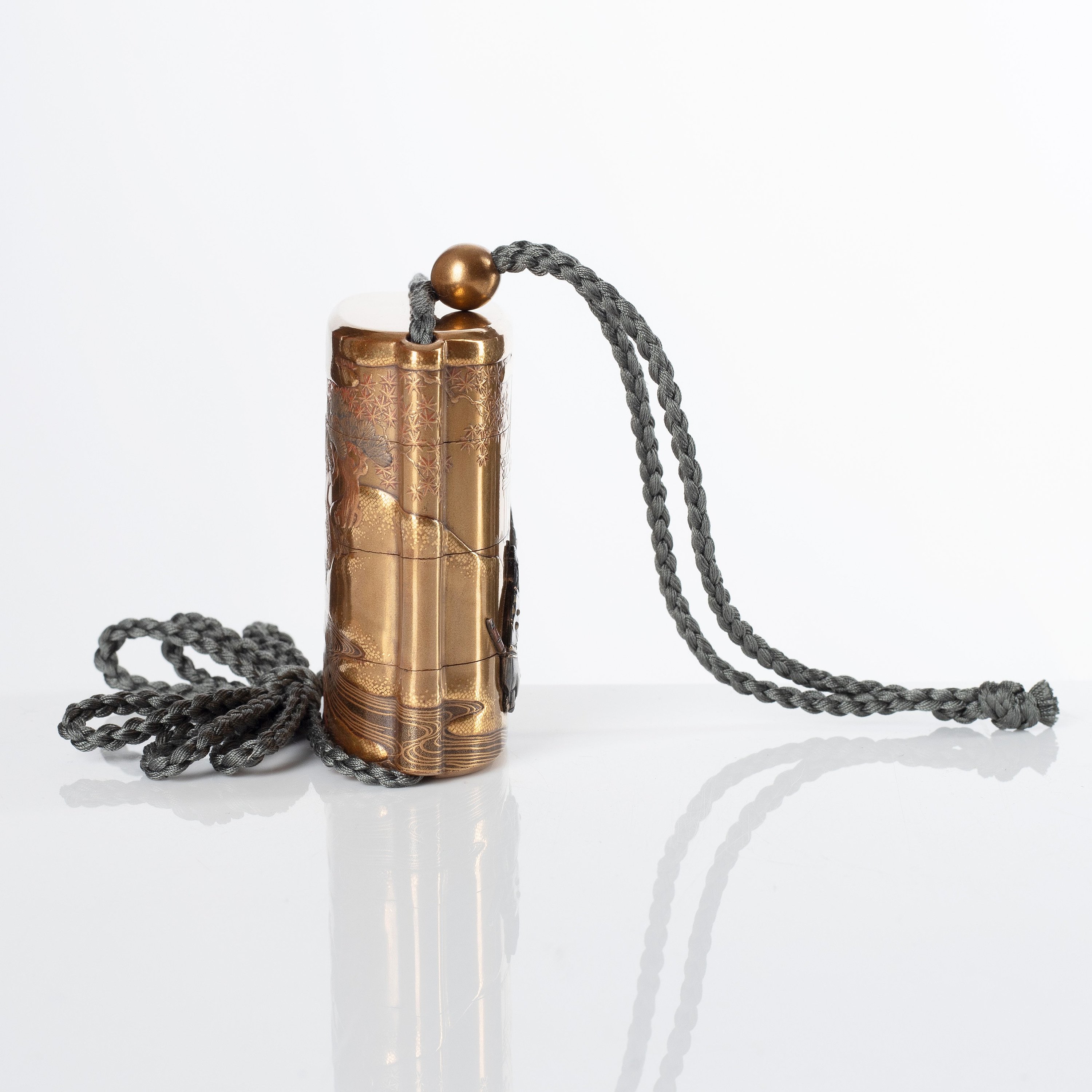 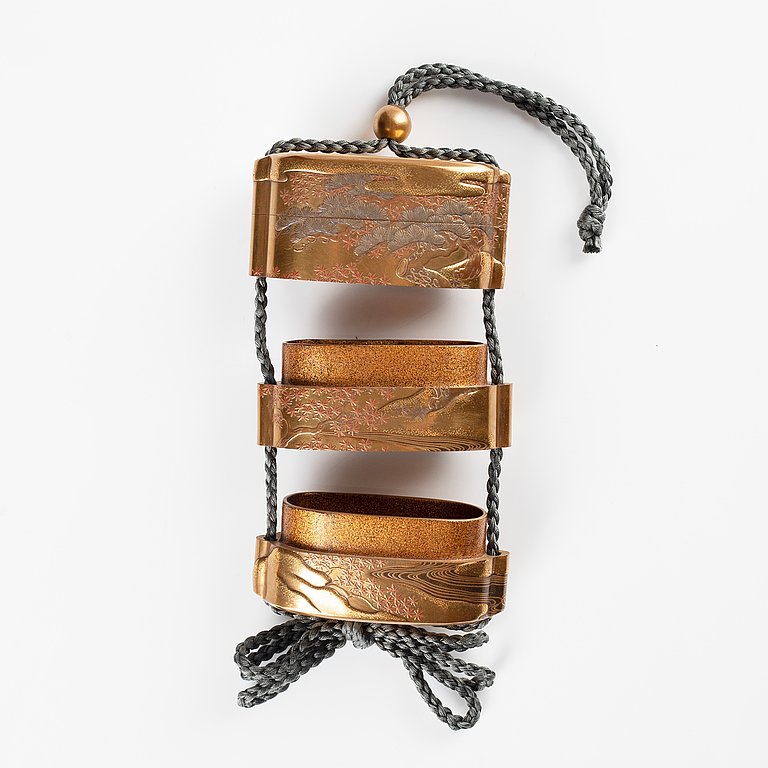 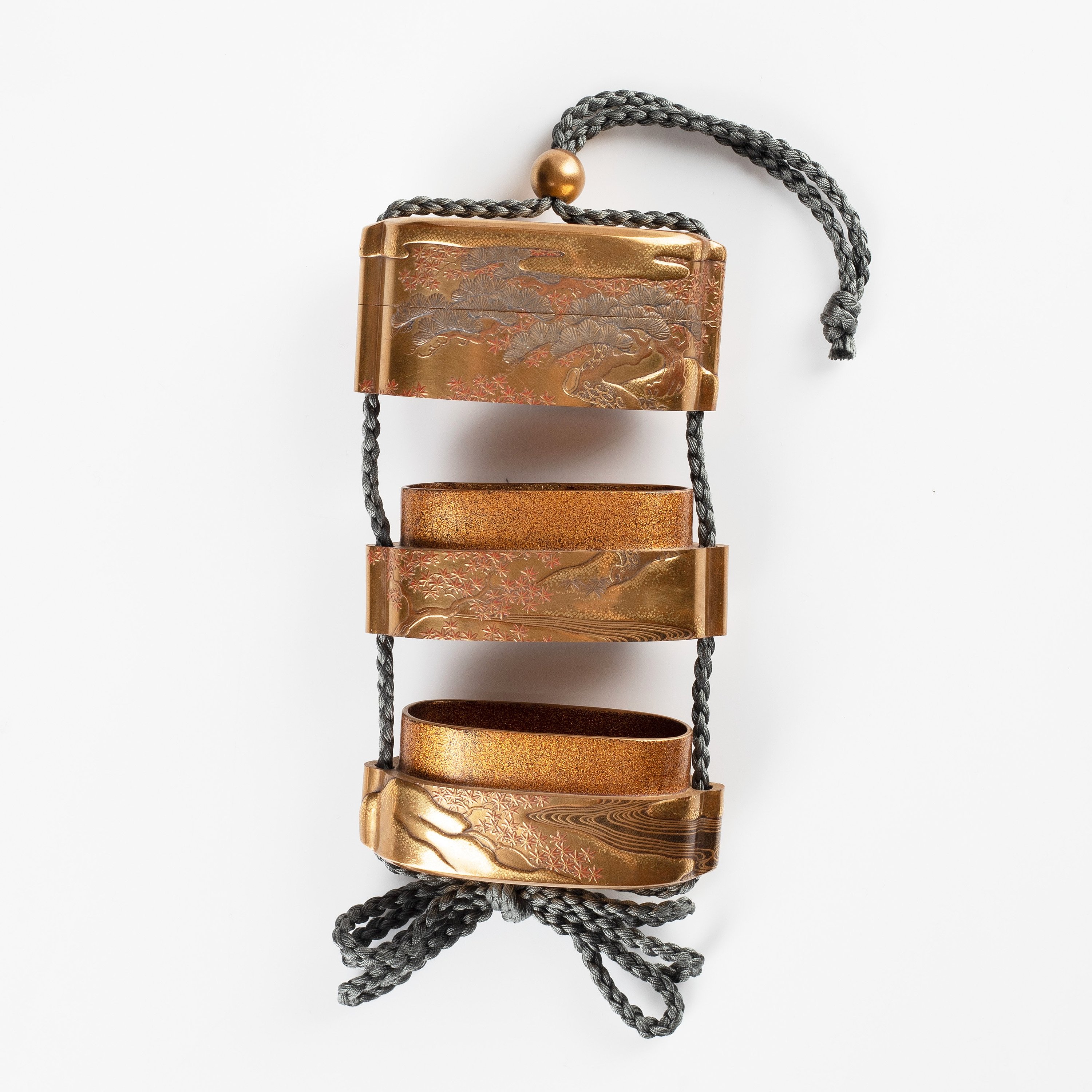 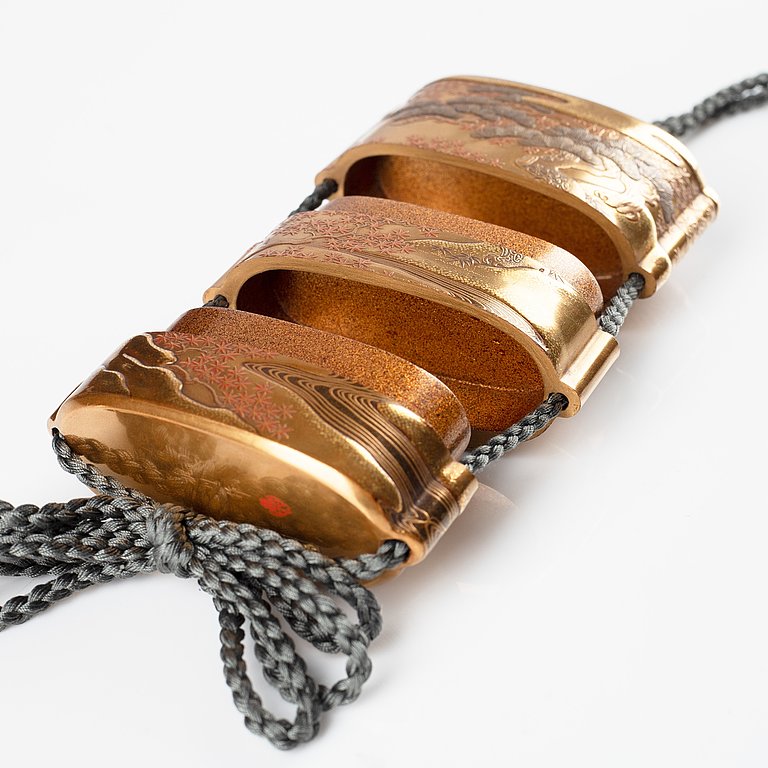 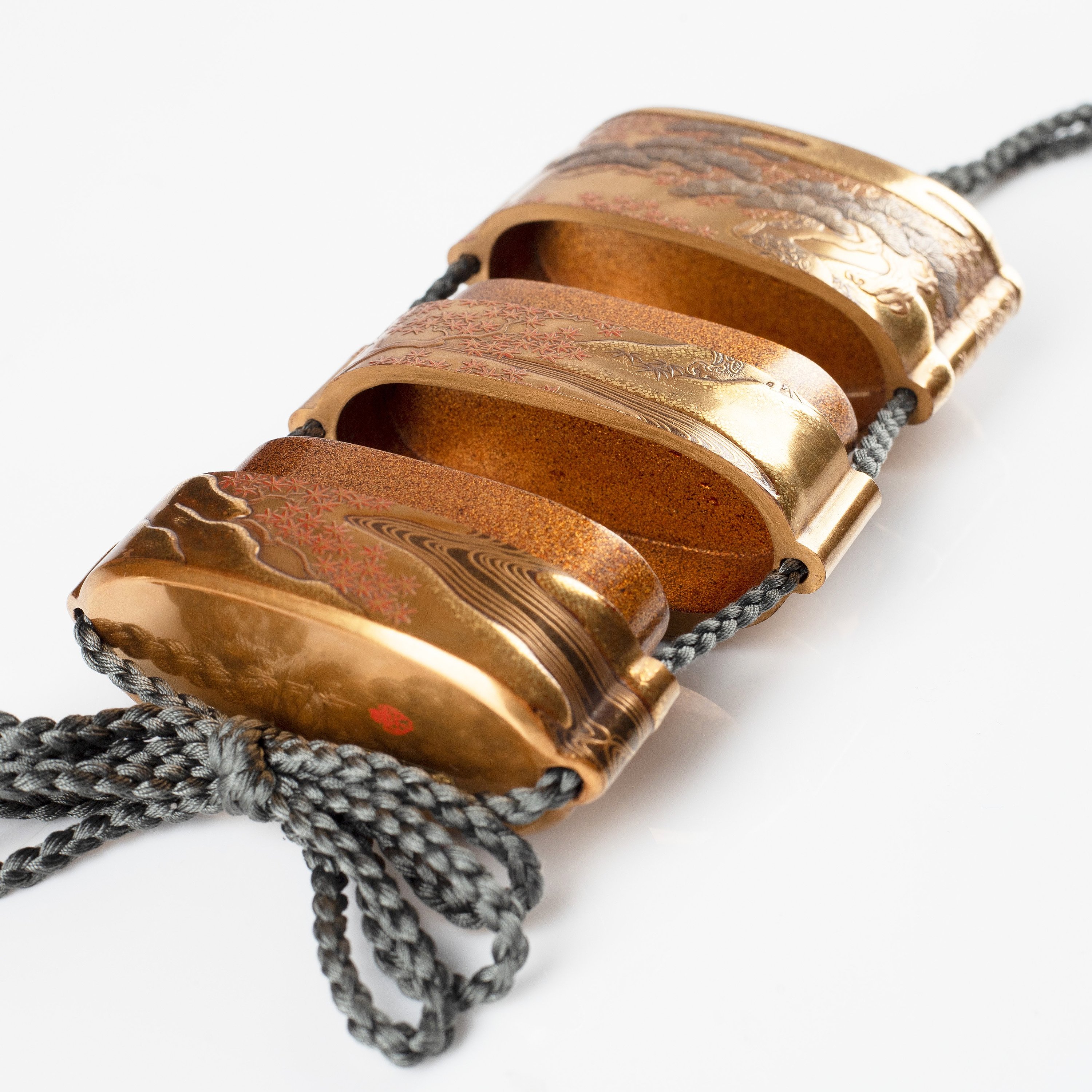 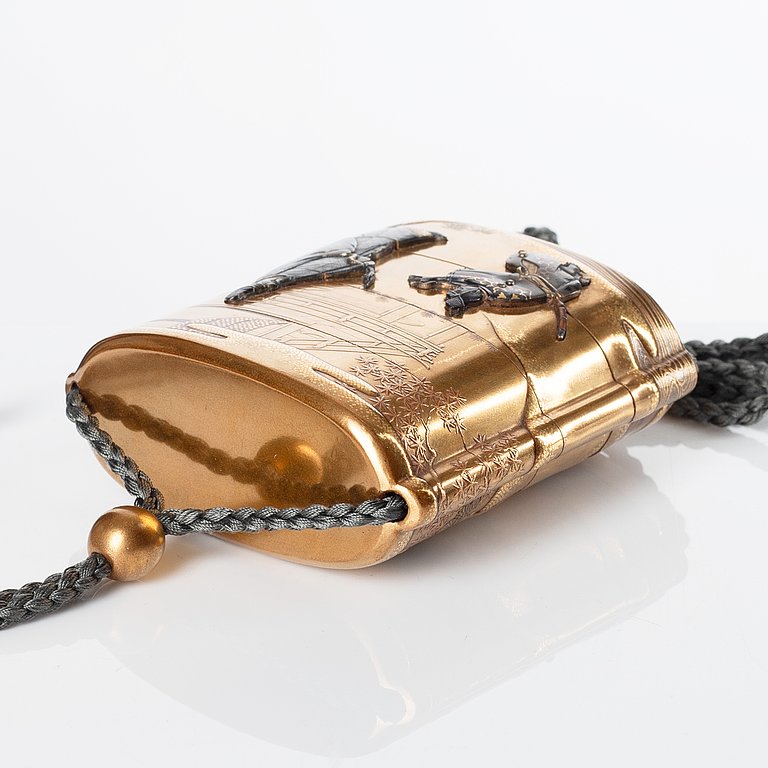 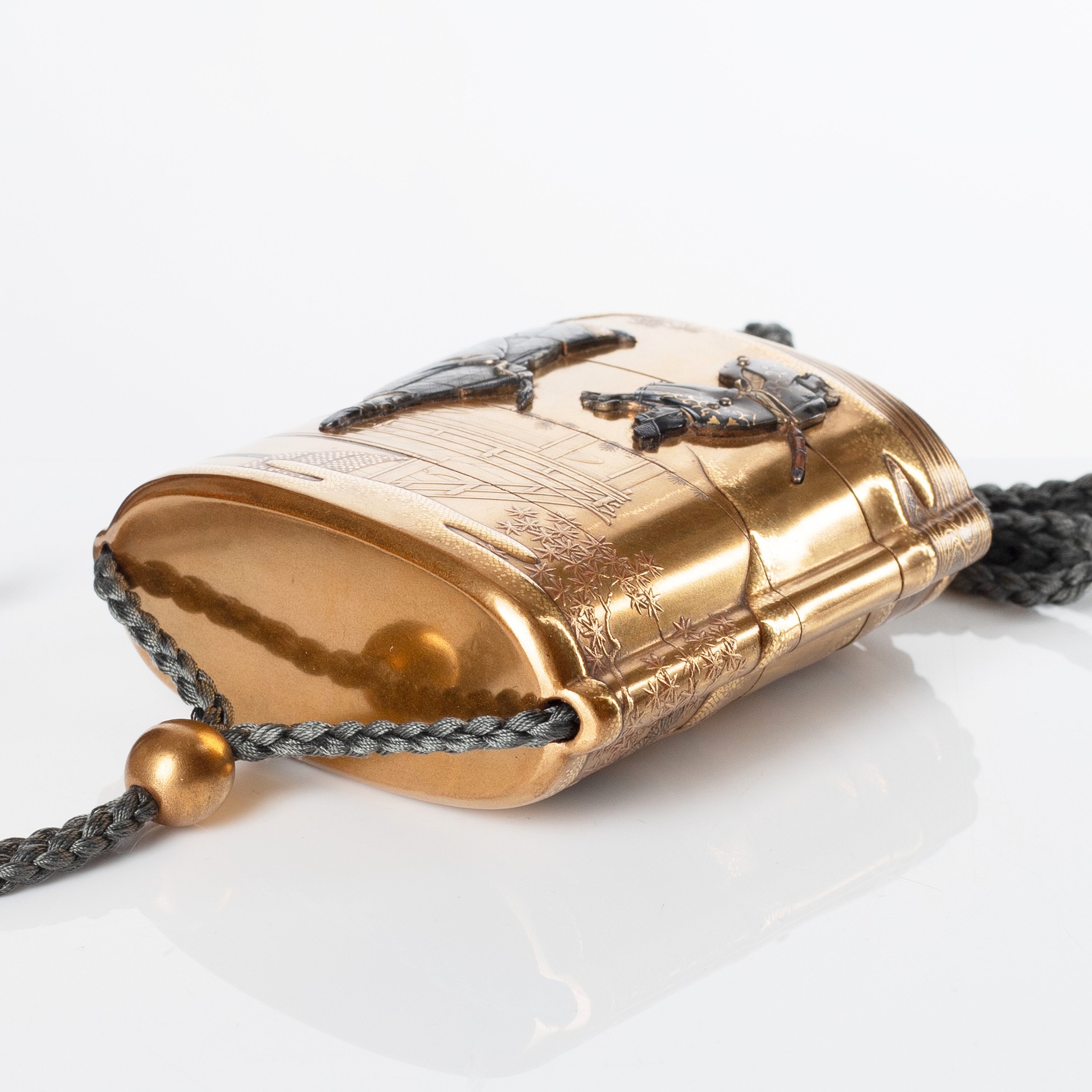 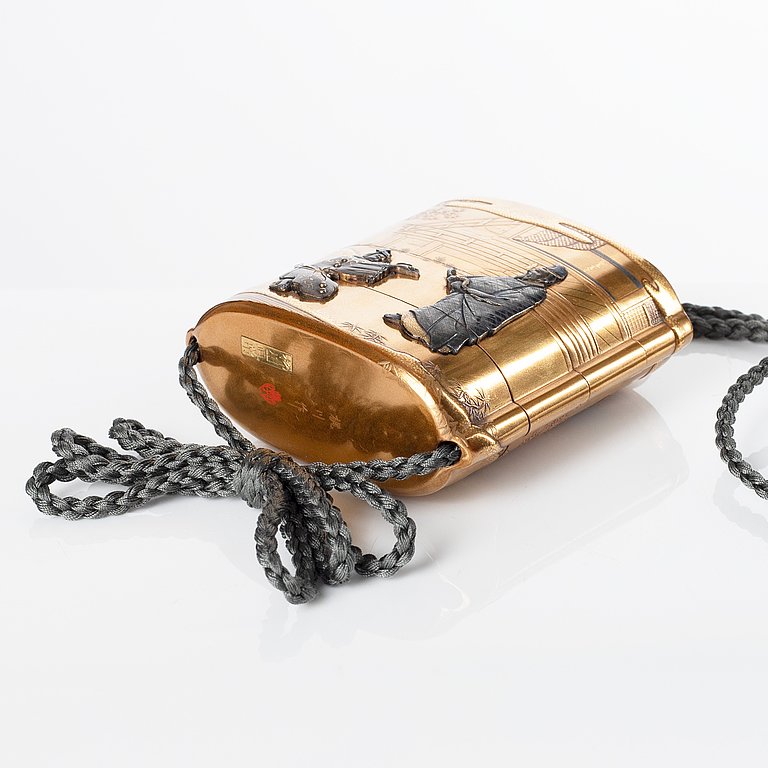 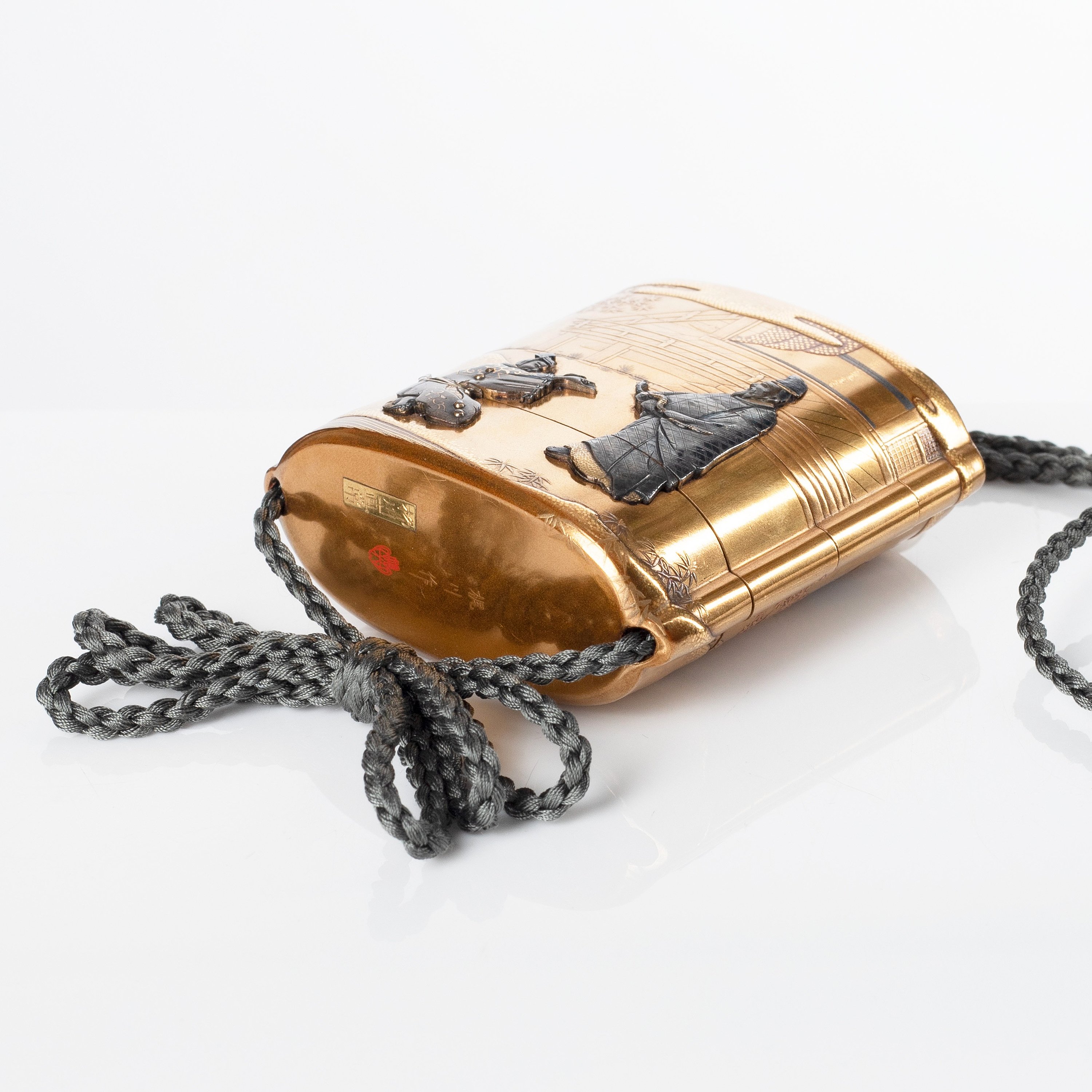 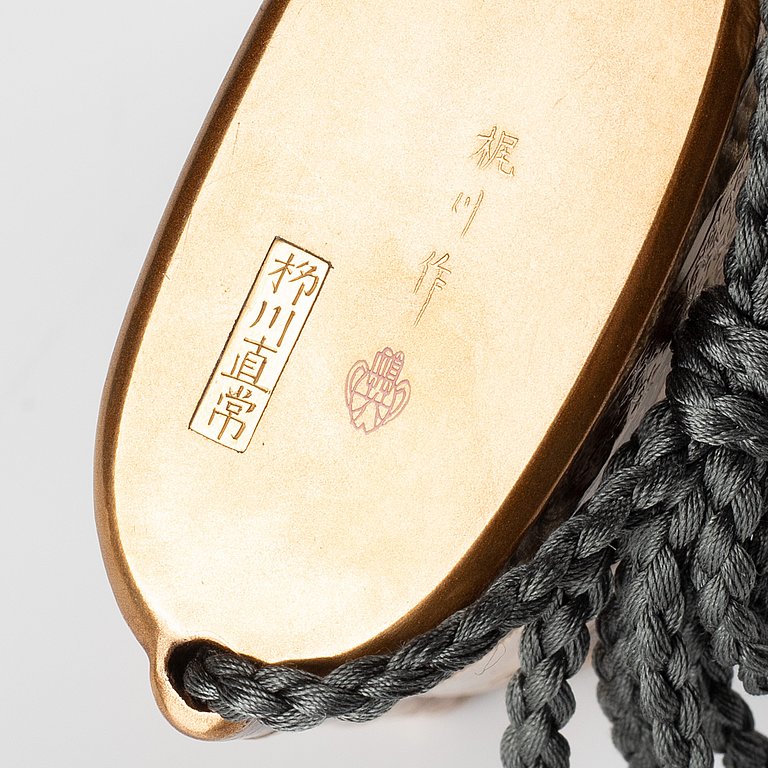 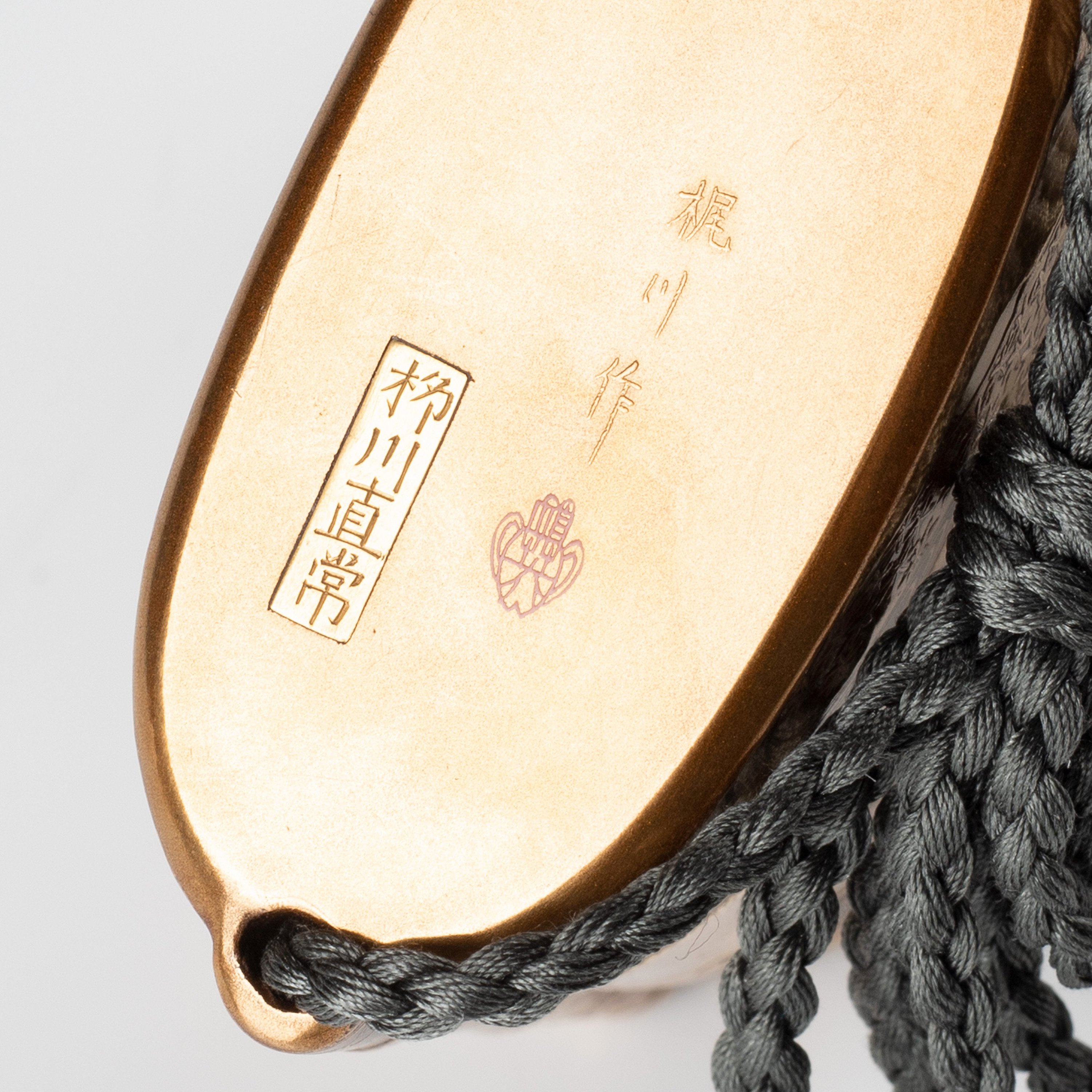 And with a red pot seal Ei. Decorated with a warrior kneeling before a senior courtier that grasps a golden-scaled snake in his hands. Measurement 6.2x6.2x2.7 cm.