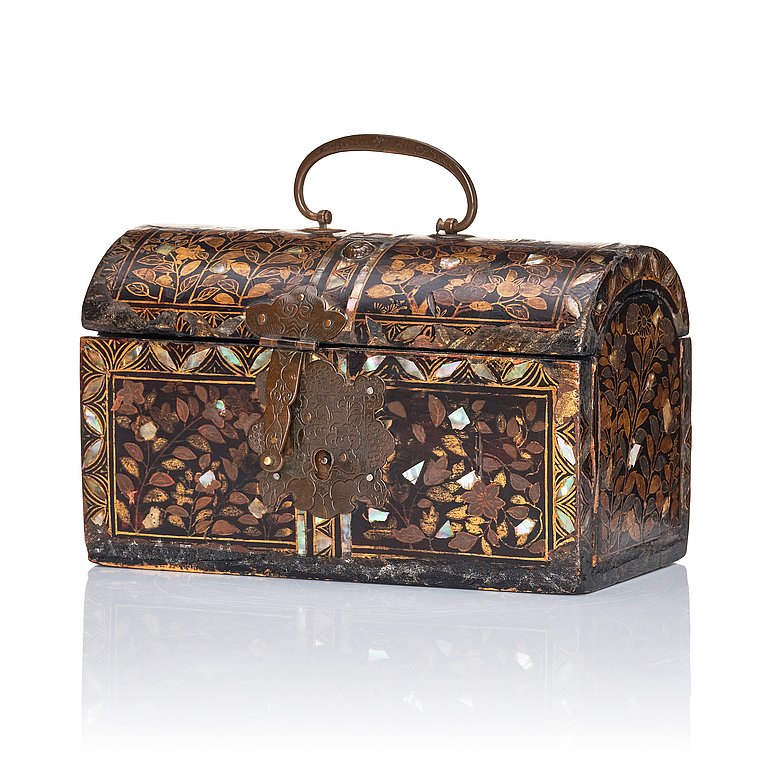 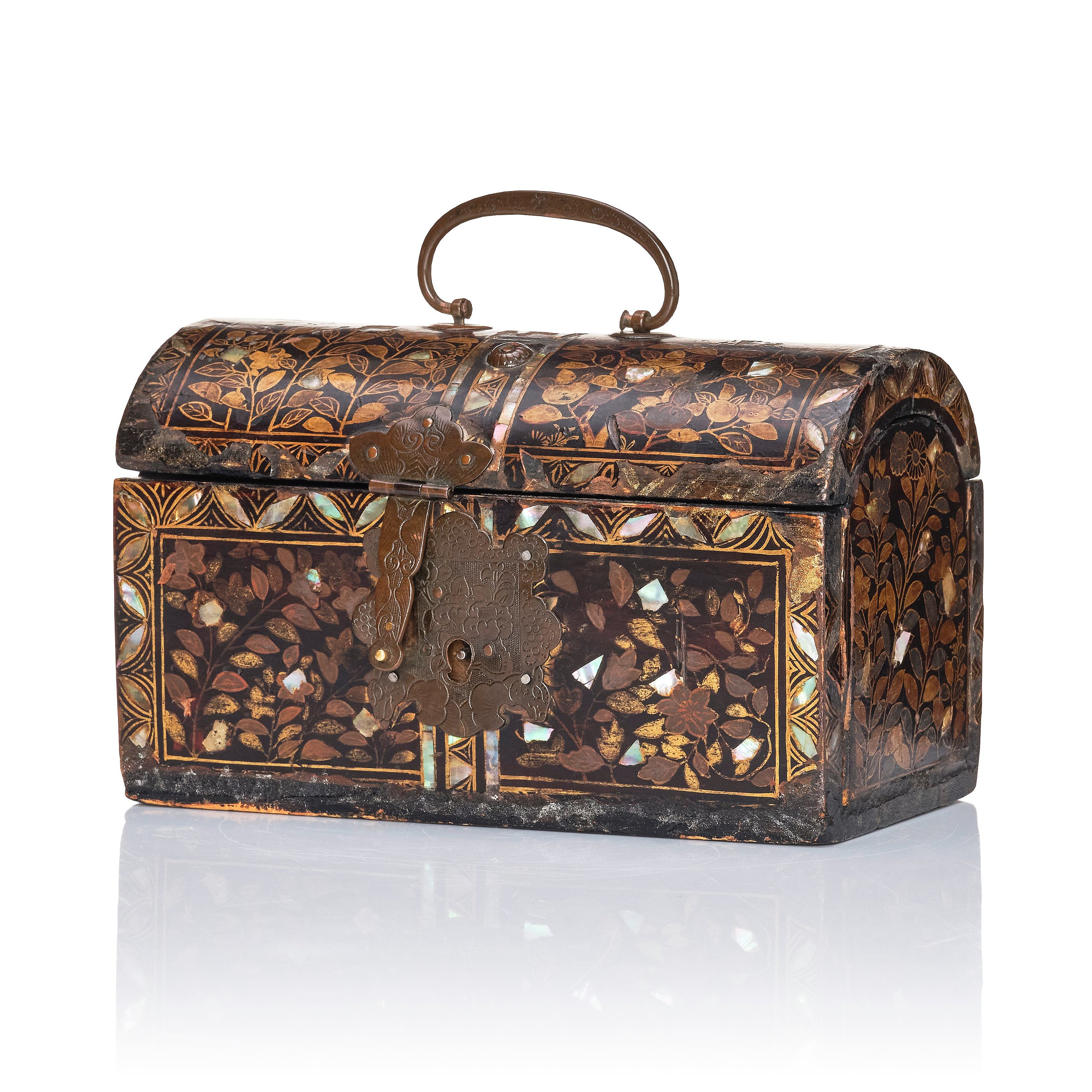 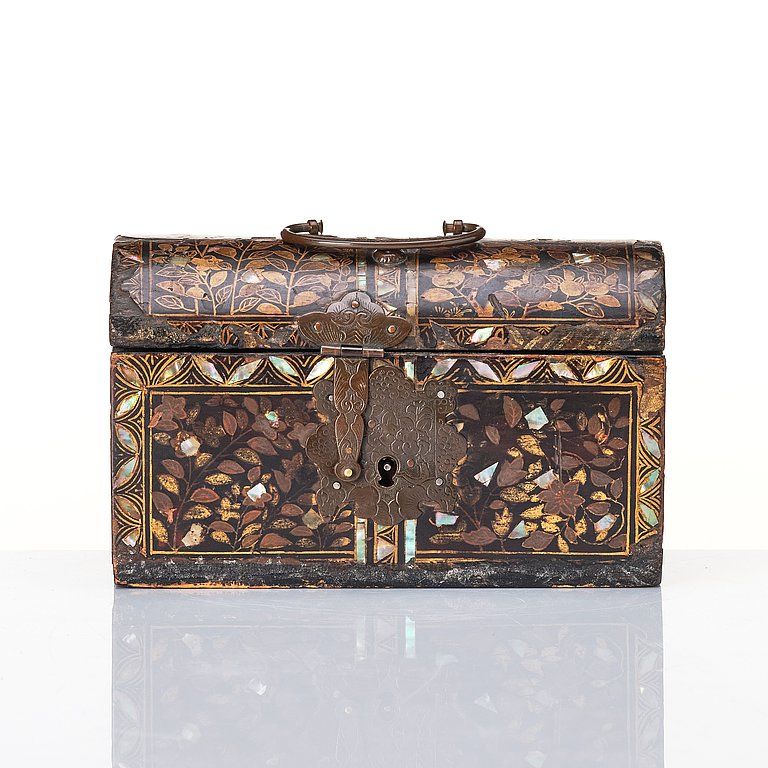 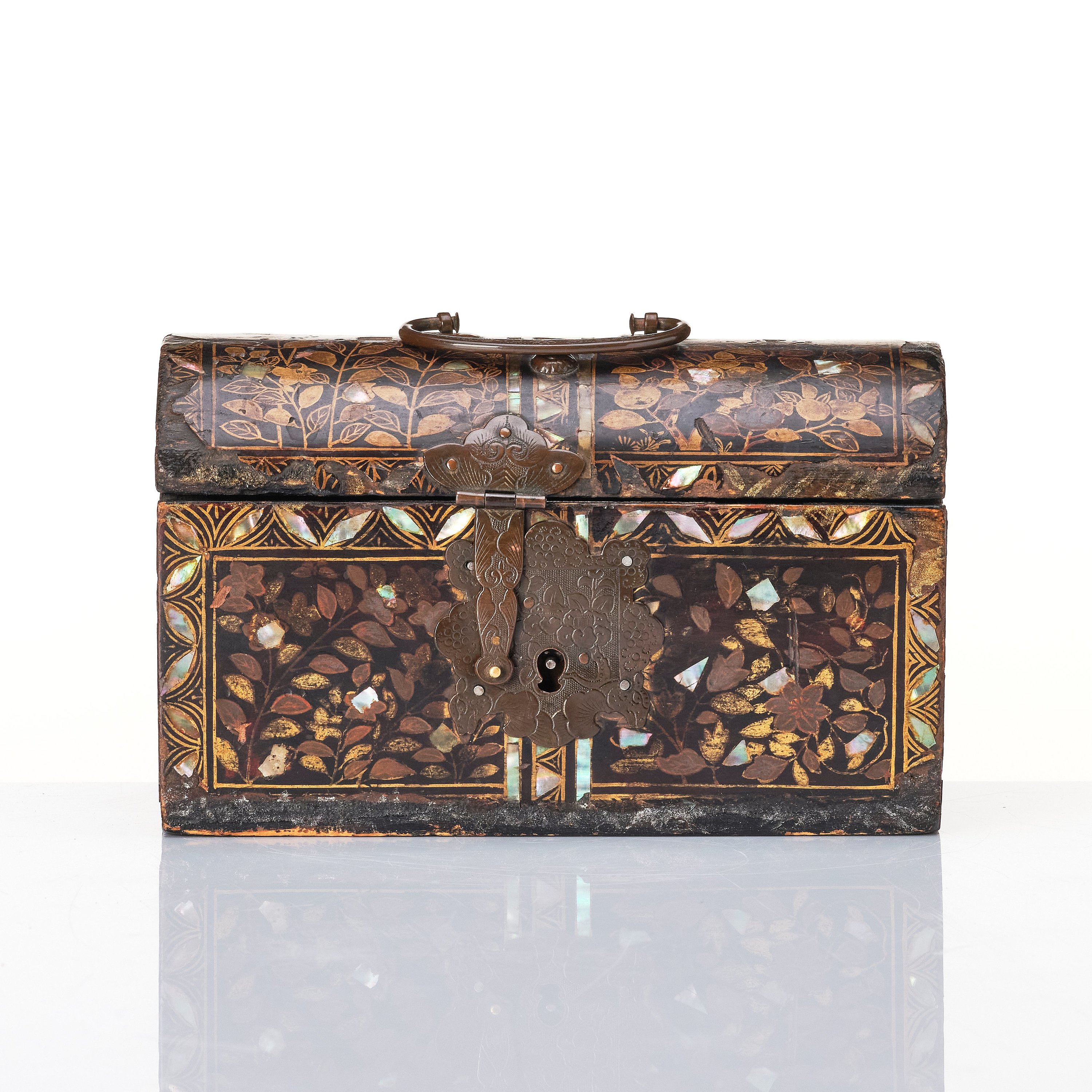 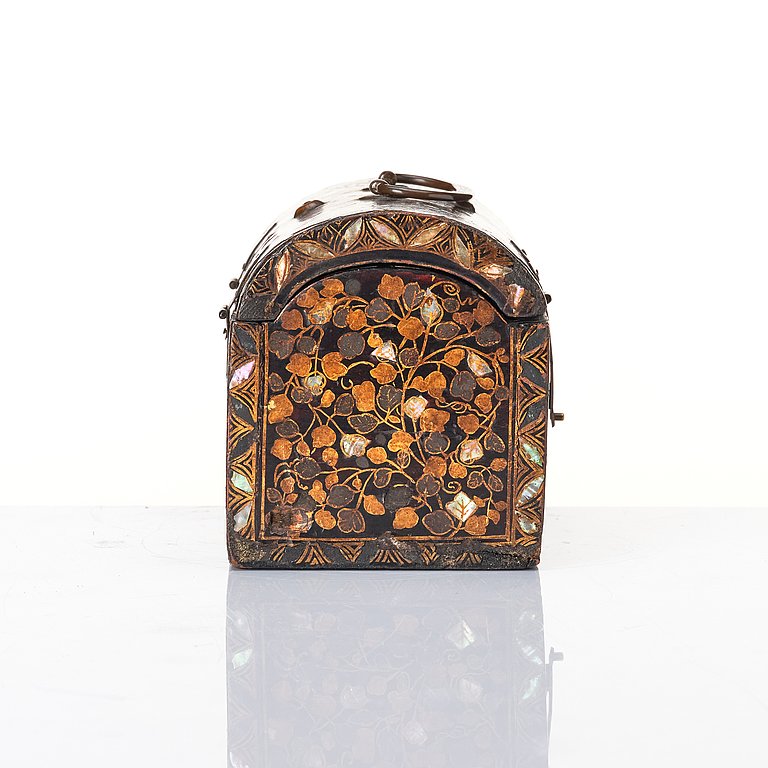 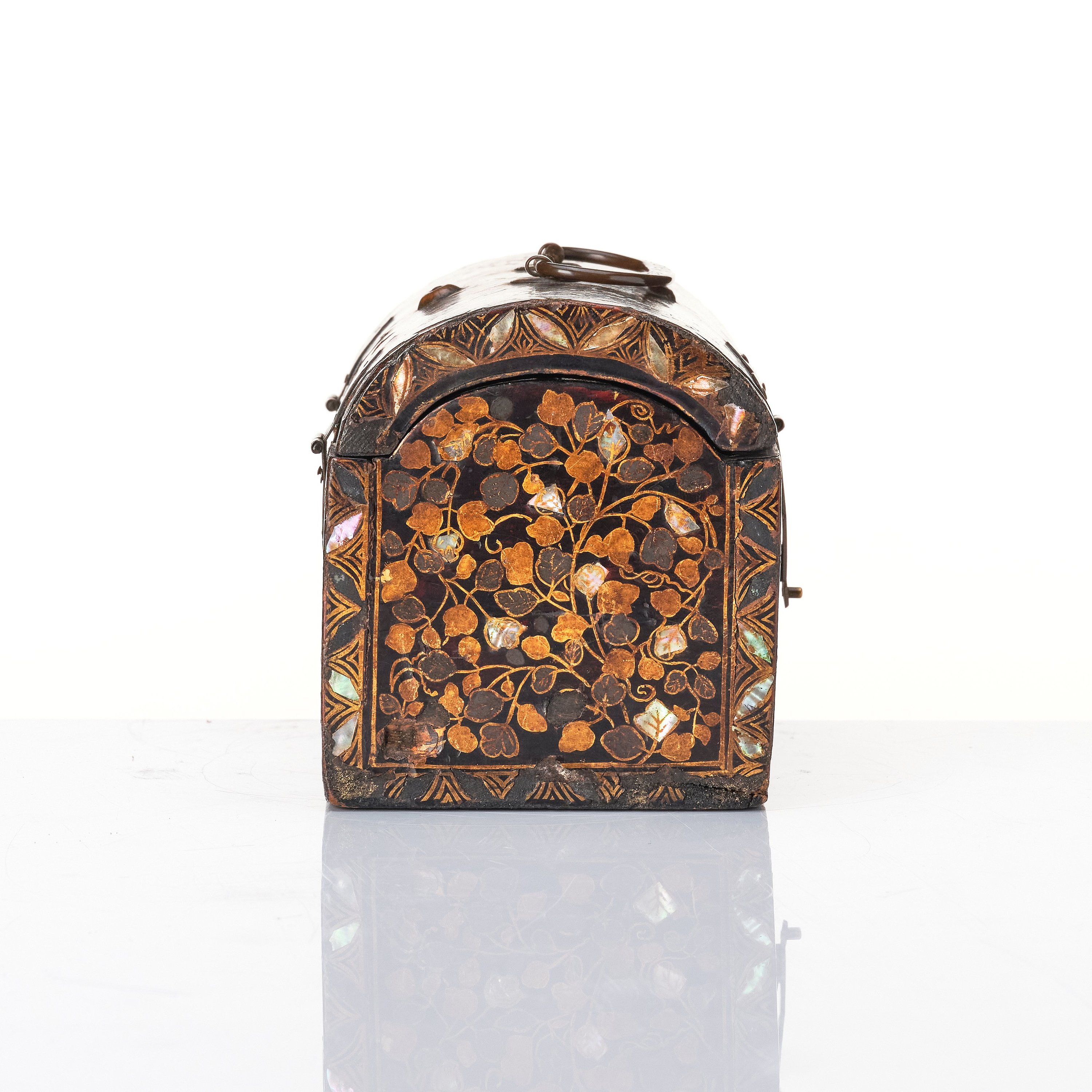 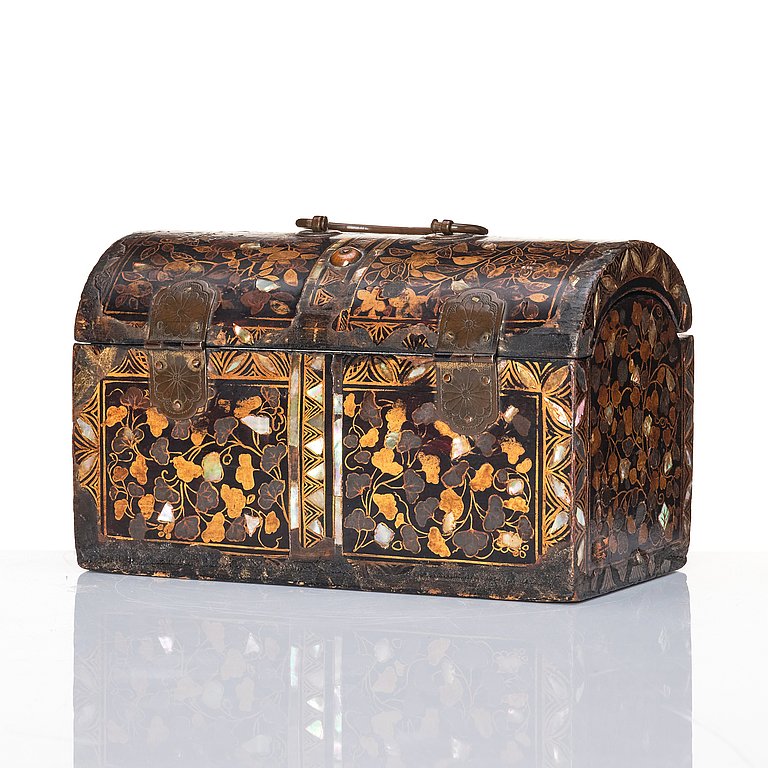 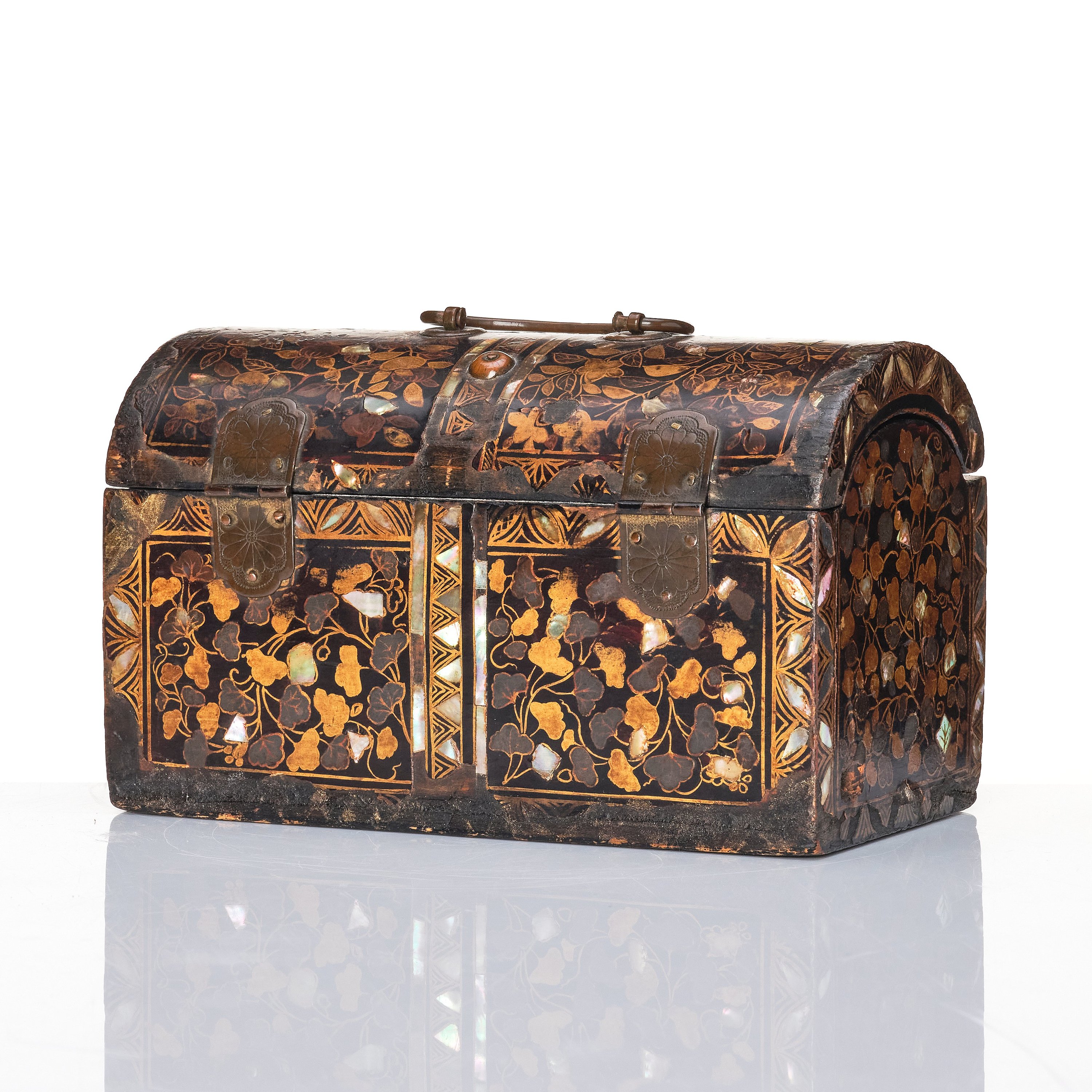 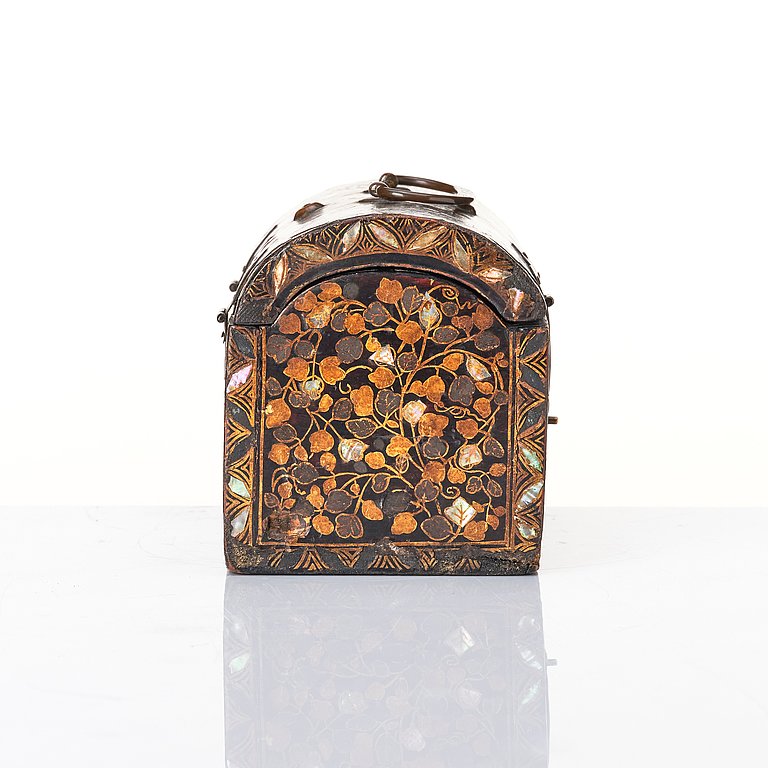 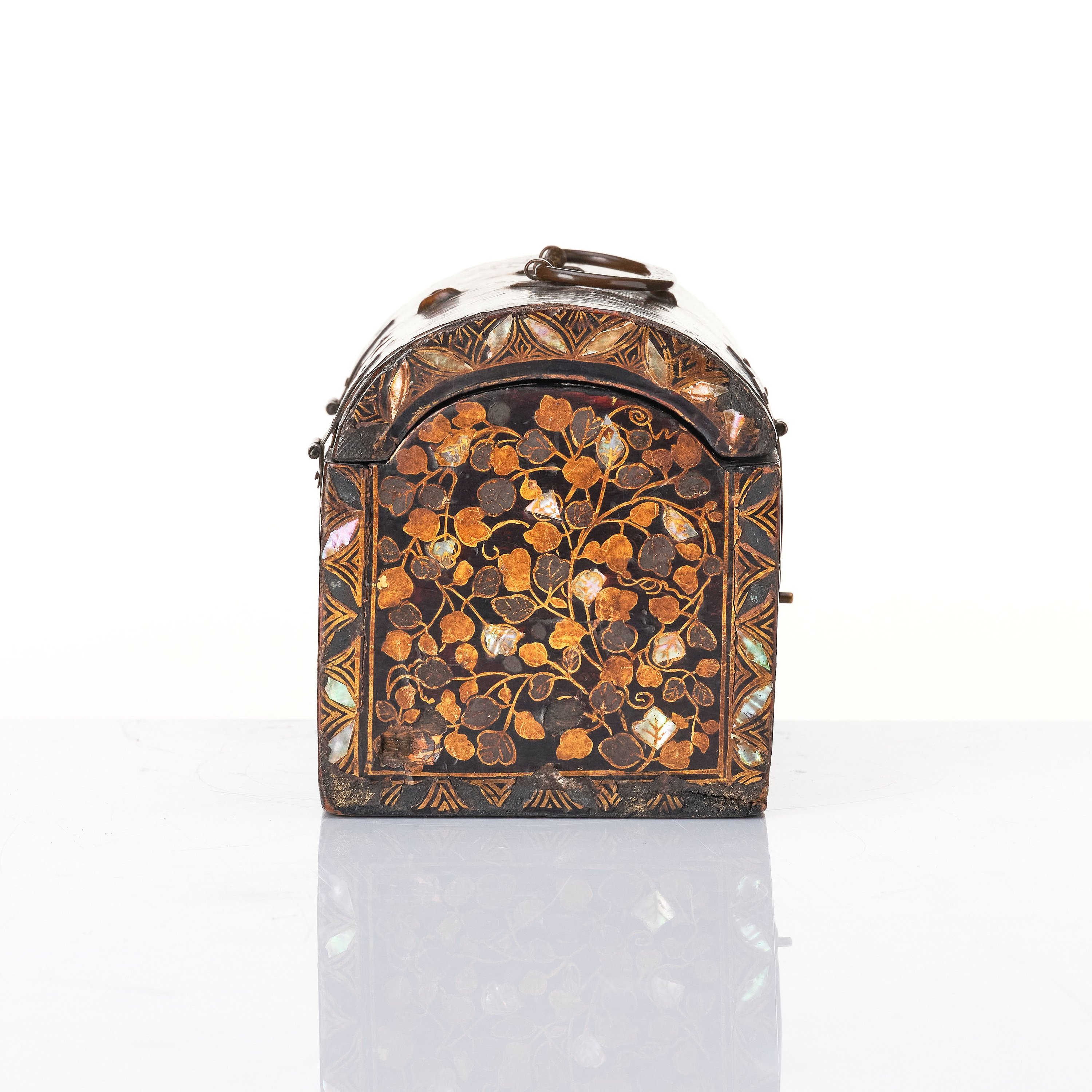 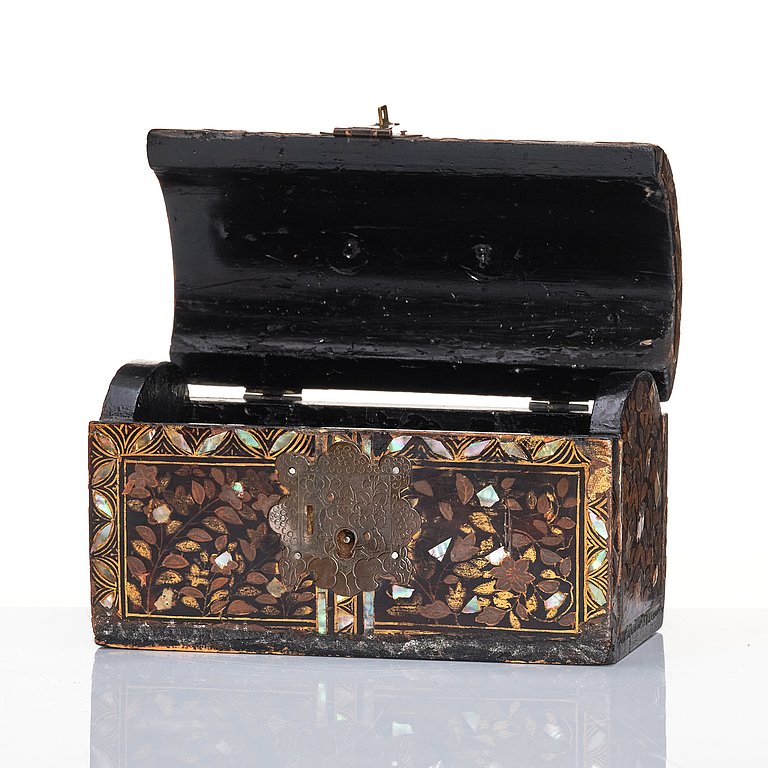 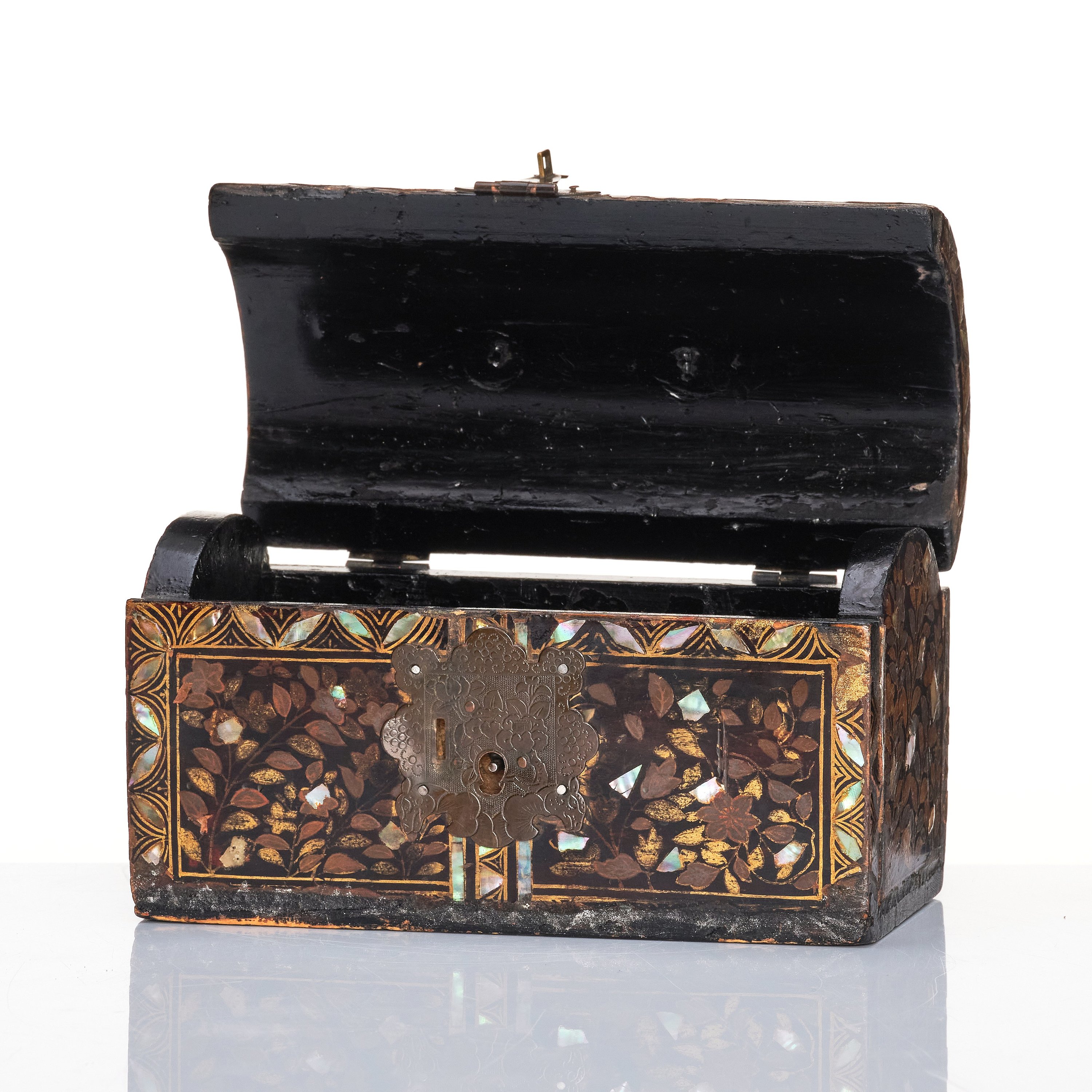 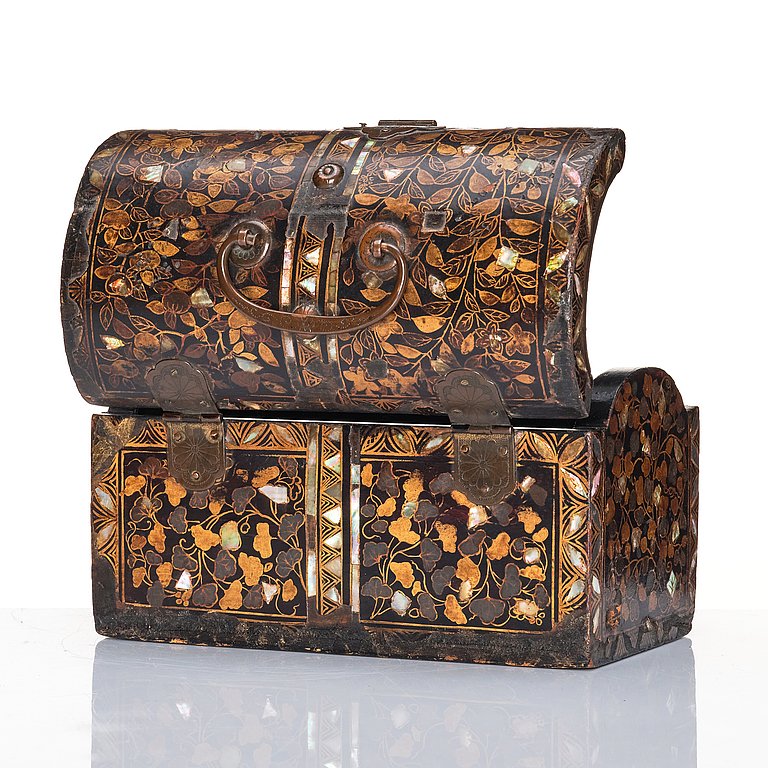 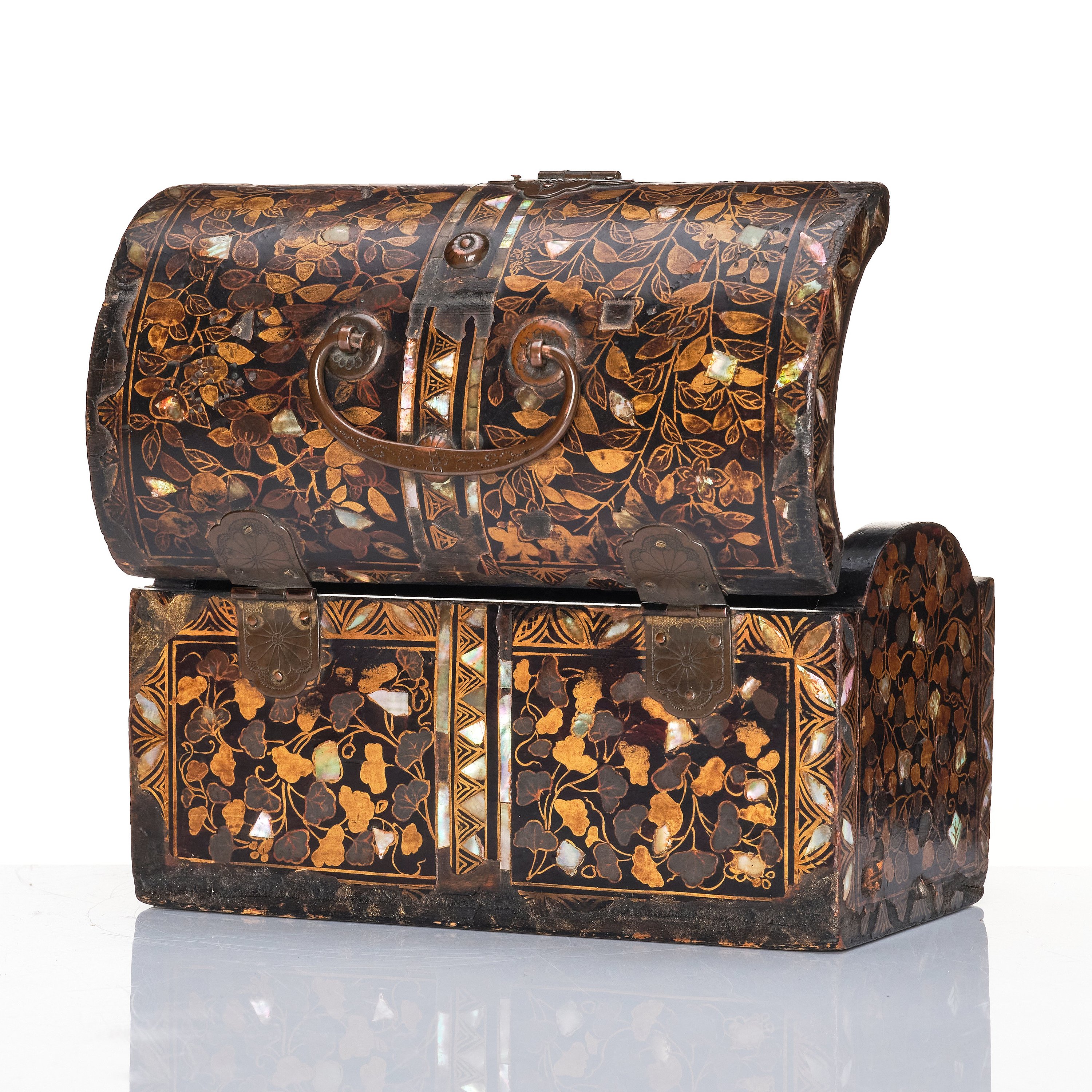 The rectangular casket with domed hinged cover, decorated in gold hiramaki-e and inlaid in mother-of-pearl on a black ground, the cover and the front with floral vine, all bordered with nanban tendril, the interior in black lacquer, copper fittings engraved with stylized flowers and scrolls, and lacquered on top. Measurement 17.5x11x10 cm.