Carl Fredrik Reuterswärd's famous sculpture Non-Violence is also known as "The Knotted Gun". He initially created it as a memorial tribute to John Lennon. The iconic sculpture was created after John Lennon's assassination in 1980 and became a symbol of the struggle for world peace. A version of the sculpture stands outside the UN building in New York.

Many people have wanted to be associated with this symbol of peace, which has led to celebrities being invited to make their version of the gun. These limited edition versions have then been manufactured in a few different sizes. The organisation "Non Violence" has many ambassadors worldwide, such as Yoko Ono, Ringo Starr and Muhammad Ali, to mention a few.

In this theme-auction, you have the opportunity to buy one or more guns with different designs by several celebrities along with some of the Non Violence ambassadors. Also, three wall shelves that form the word NON are sold (individually). 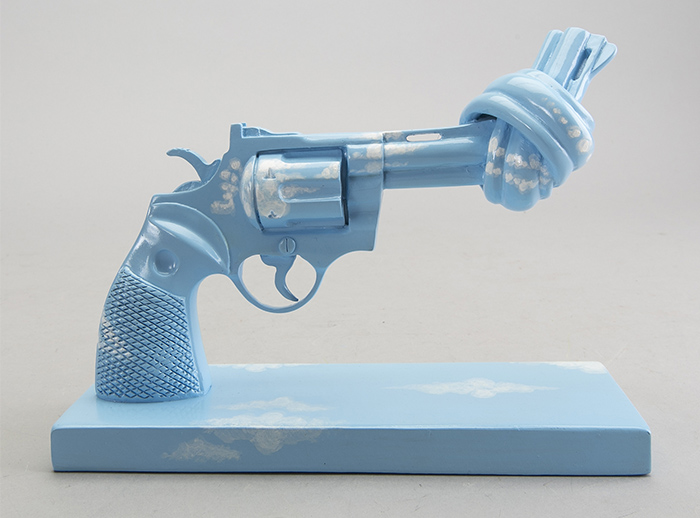