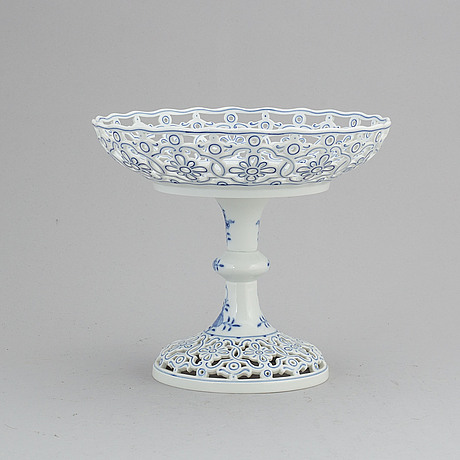 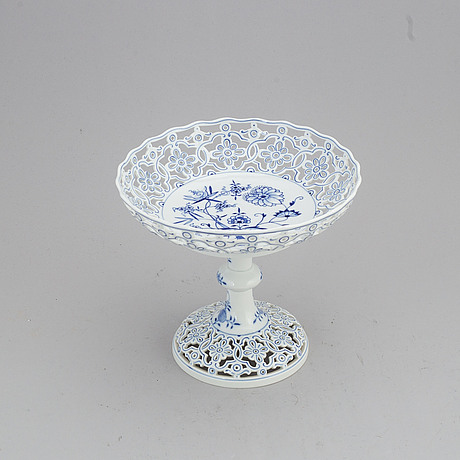 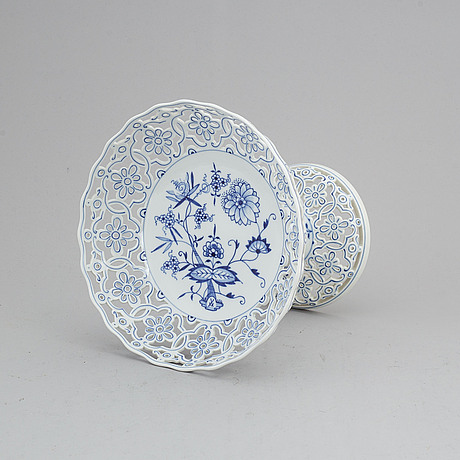 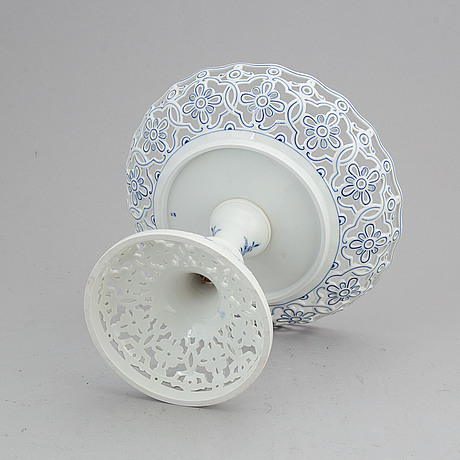 Chinese were known for their underglaze blue and white porcelain. These were sought after and found in many of the wealthiest homes in Europe, considered to be very fashionable. Meissen porcelain was the first European porcelain. It was discovered in 1710. Only the Chinese and the Japanese had the formula to make porcelain. Augustus the Strong of Germany wanted to have the Meissen company sell dinner services and porcelain like the Chinese were successfully doing.

Horoldt worked for the Meissen Porcelain factory and in 1739 made this type of porcelain. The blue onion pattern or the "bulb" pattern became the most popular. The Meissen company copied a flat Chinese bowl from the Kang Xi Period, 1662-1722, as their model for the Meissen blue onion pattern or the "bulb" pattern. This bowl can still be found in the Dresden Museum of Art. They had at least seven of their forty painters specialize in painting the under glaze blue patterns, and the most popular pattern was the "onion" or bulb pattern, or in German Zwiebelmuster pattern. In the original pattern on the Chinese bowl, the bulbs or fruits around the edge of the porcelain piece were not onions, but peaches or pomegranates. These are symbols of longevity and fertility in China. On the first pieces, the fruits face inward. On the later pieces, the fruits face outward. As the pomegranates were not a common fruit in Germany, the fruits were changed to represent something more familiar in 1740. As the painting of these fruits was difficult, the fruits started to look like onions.

The floral motif on the center of the design was originally a peony, but since peonies were not common in Germany, the floral motif became an aster from the chrysanthemum family of flowers. On the bottom of the design is a bamboo like stalk or trunk which has flowing stems from the flower.

Since there wasn't any copyright for the blue onion pattern and the demand was very high, many European and American companies copied this Meissen pattern. The Meissen Stove and Porcelain Company actually wrote the word Meissen in an oval circle to mark their pieces and other companies used fake sword marks to mark their items. Starting in the year 1888, the Meissen porcelain company put their crossed sword mark in the foot or bottom of the bamboo trunk in order to protect their authentic blue onion pieces.