Second complete translation of the Qur’an into German. 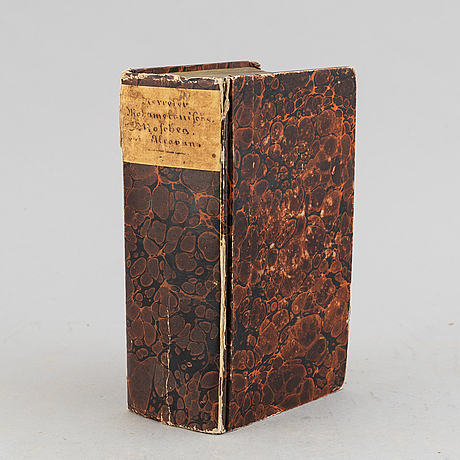 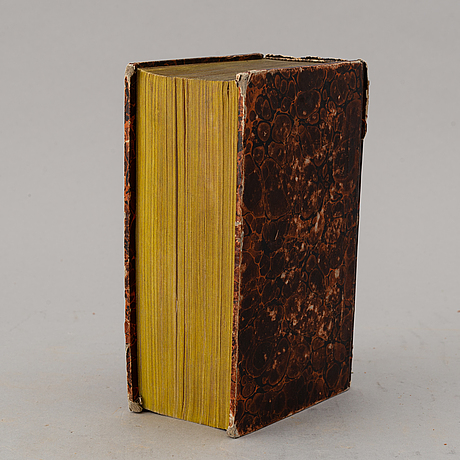 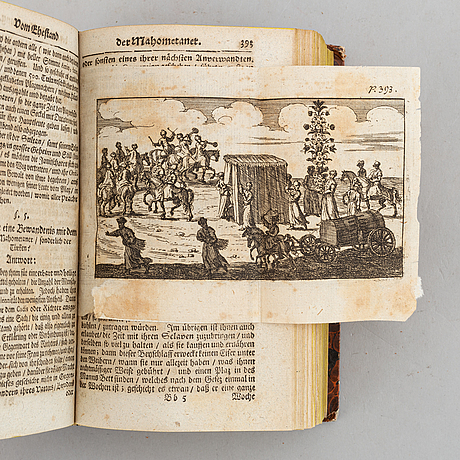 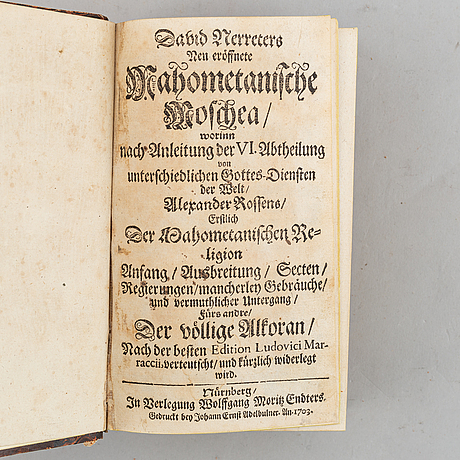 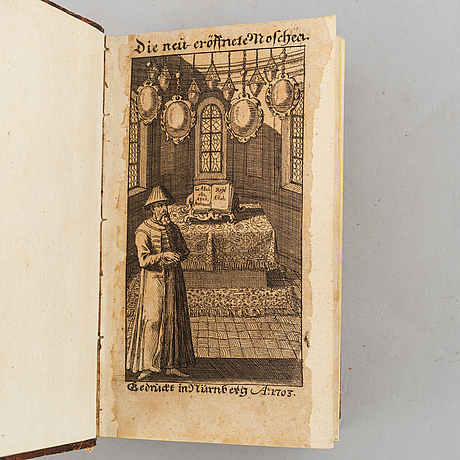 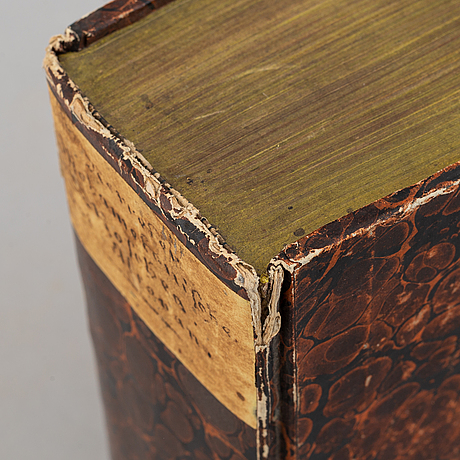 First edition of this early and rare German translation of the Qur’an.

”David Nerreter (1649-1726) was another Lutheran theologian, again from Nürnberg. He studied at Altdorf and Königsberg, travelled to Sweden and Estonia and after his return became priest at various churches, mainly in Nürnberg, where he also wrote his ’Mahometan Mosque’. In 1709 he moved to Pommerania to become Superintendent there. This is, after Lange, the second complete translation of the Qur’an into German. Once again it is based on another translation, namely the Latin translation by Marracci, Lodovico. […] Nerreter’s book still reflects much of earlier collections of writings about and against the ’Turkish danger.’ The translation of the Qur’an is only one part of the collection. The preface is strongly anti-Islamic. To him, as to Luther and earlier writers, Islam, its Messenger and its Scripture are evil and untrue. […] The translation […] covers pages 505 to 1222 and is entitled: Der Mahometanischen Moscheen Zweyther Theil, worin der Alkoran selbst nach der accuratesten Edition Ludov. Marraccii, gezeiget wird, verteutscht mit kurzen Anmerkungen von David Nerreter. It has a number of faults, some of which may be traced back to the Latin version by Marracci, while others may be Nerreter’s own.” (Ahmad von Denffer, History of the Translation of the Meanings of the Qur’an in Germany up to the Year 2000 A Bibliographic Survey, pp. 19-21.)