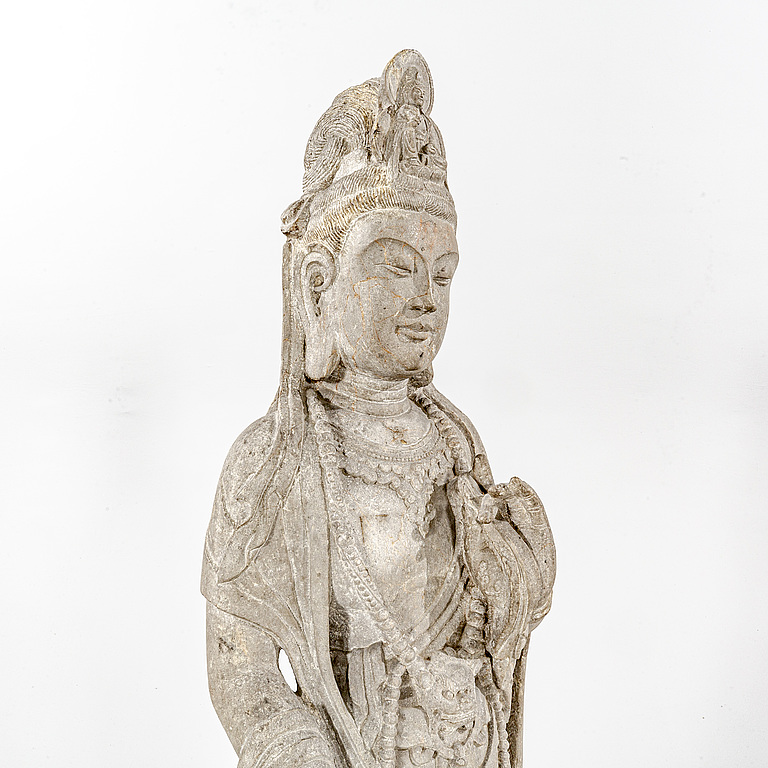 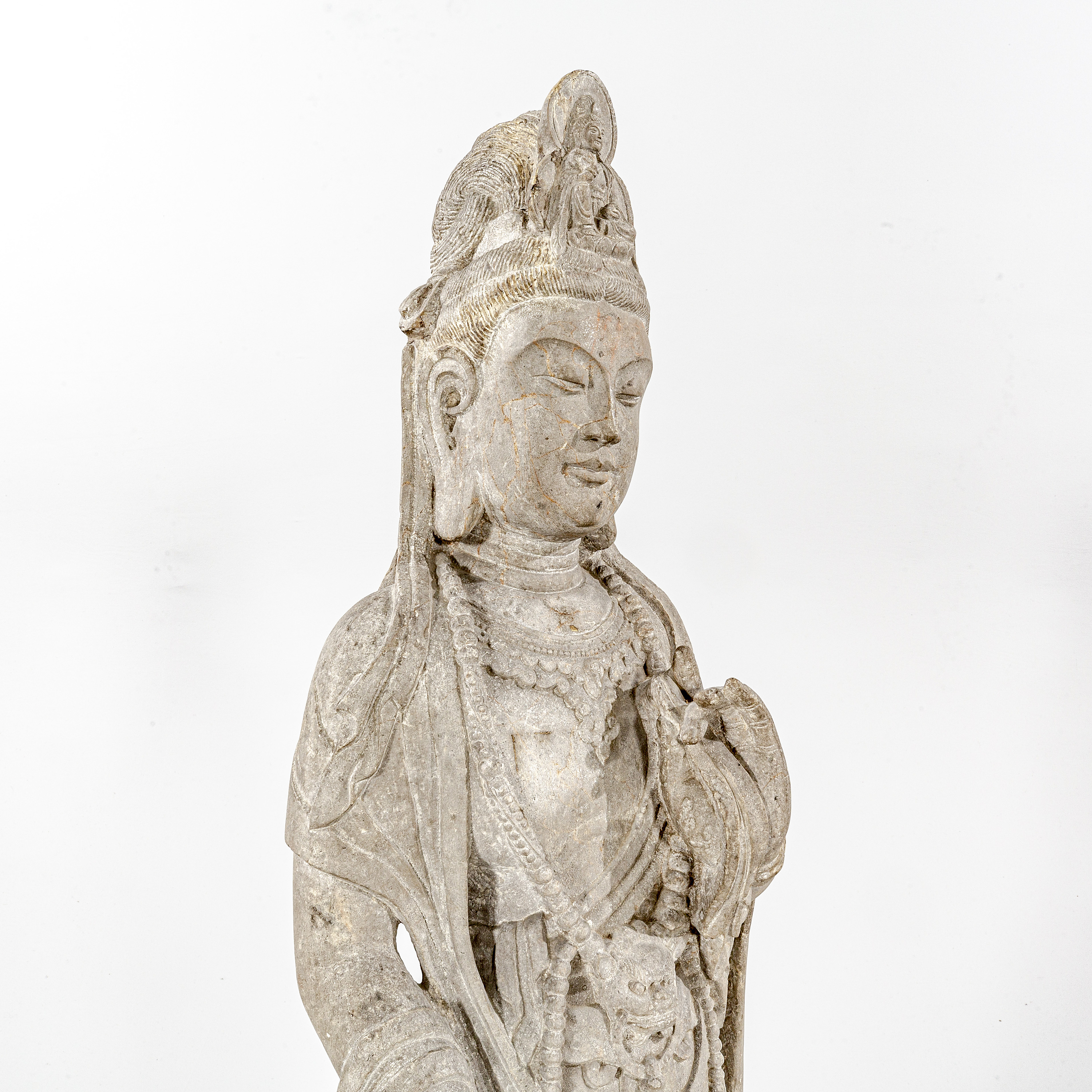 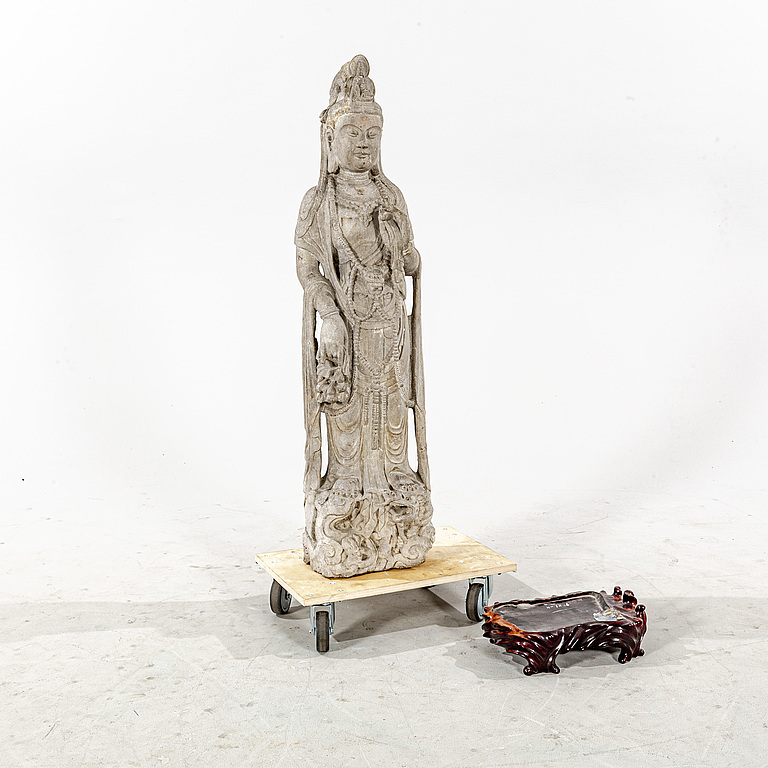 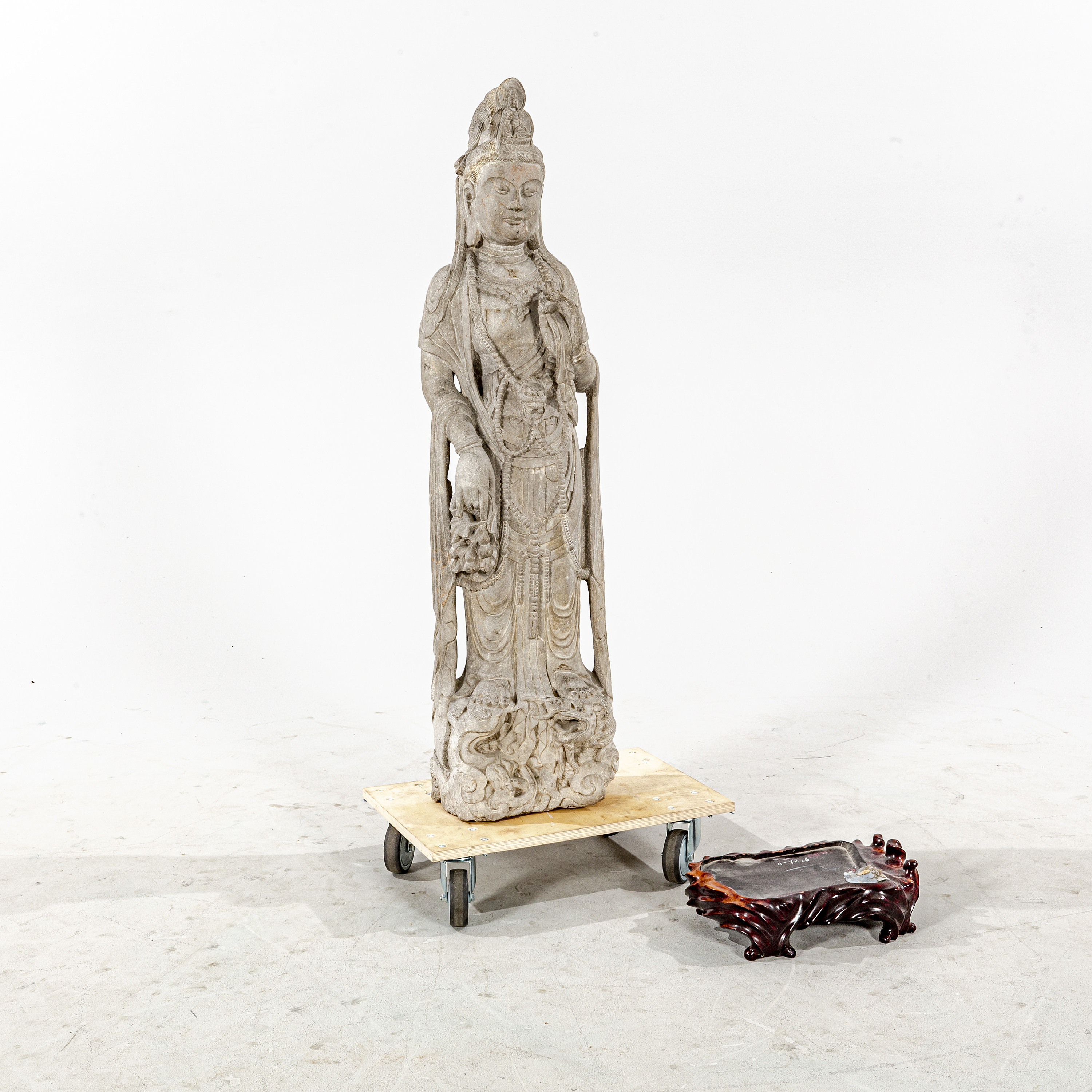 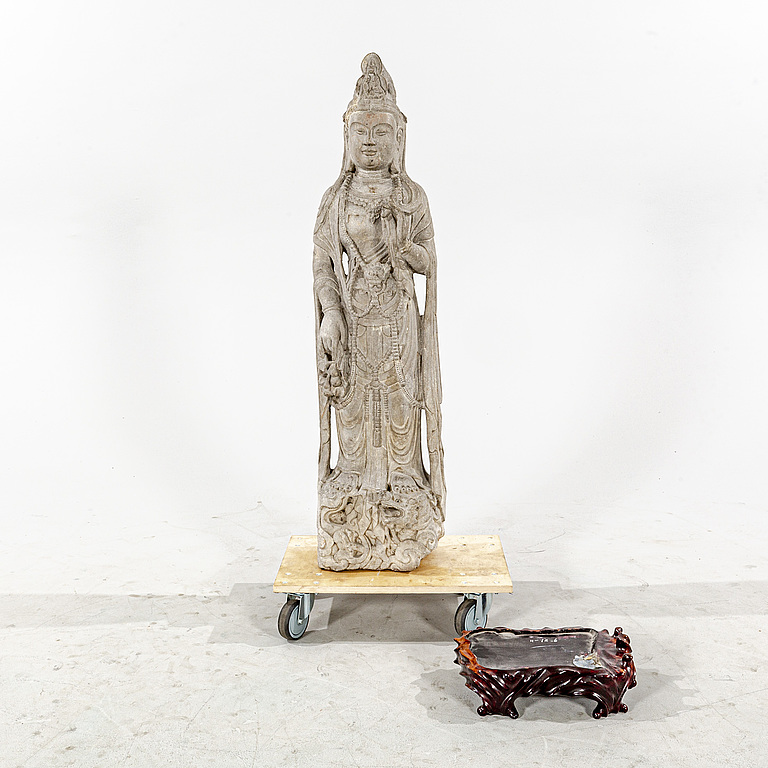 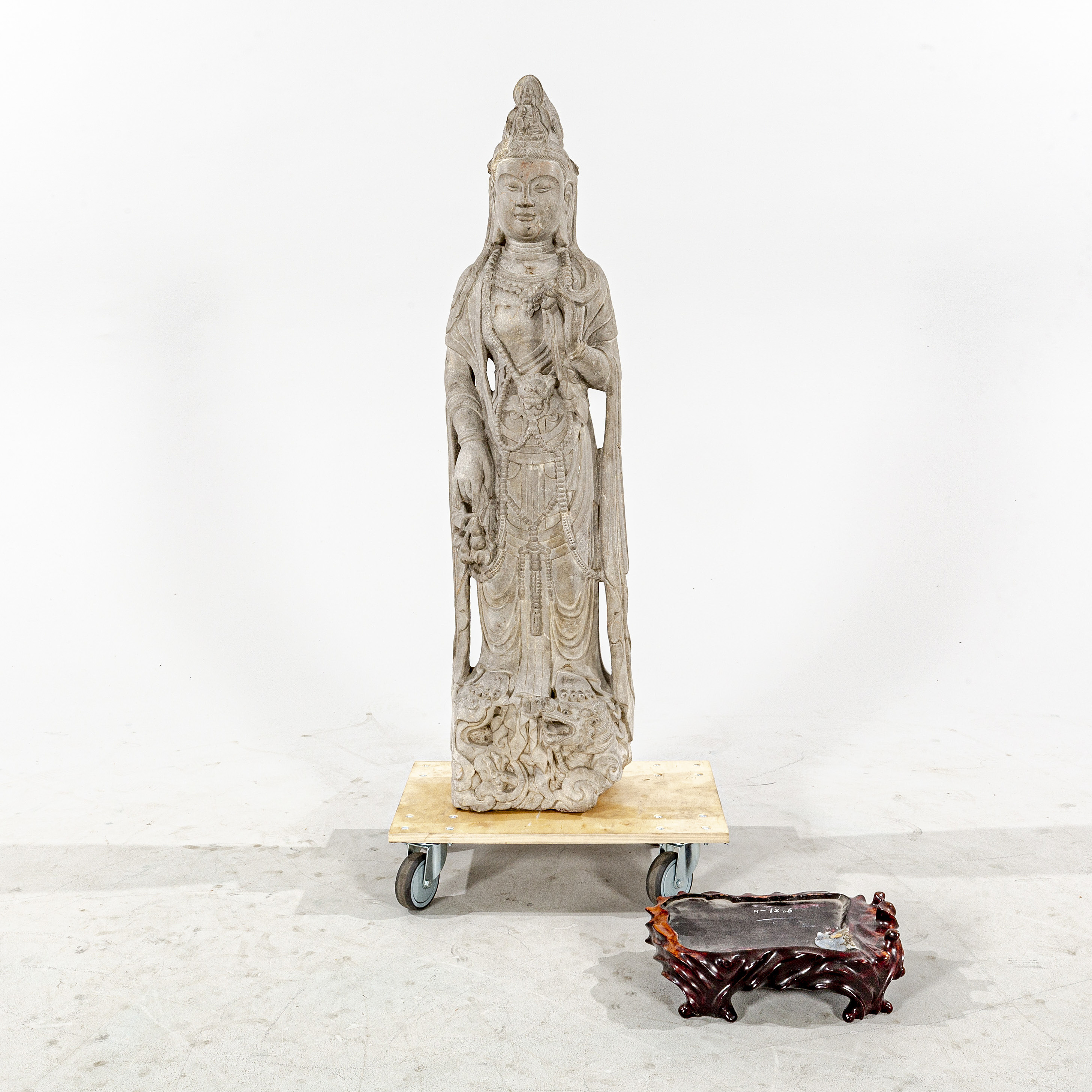 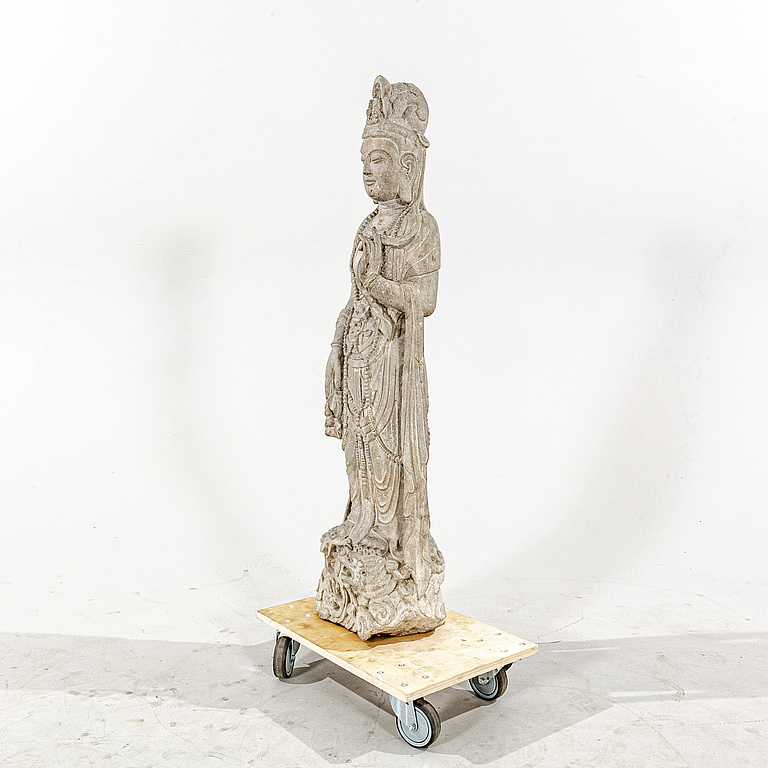 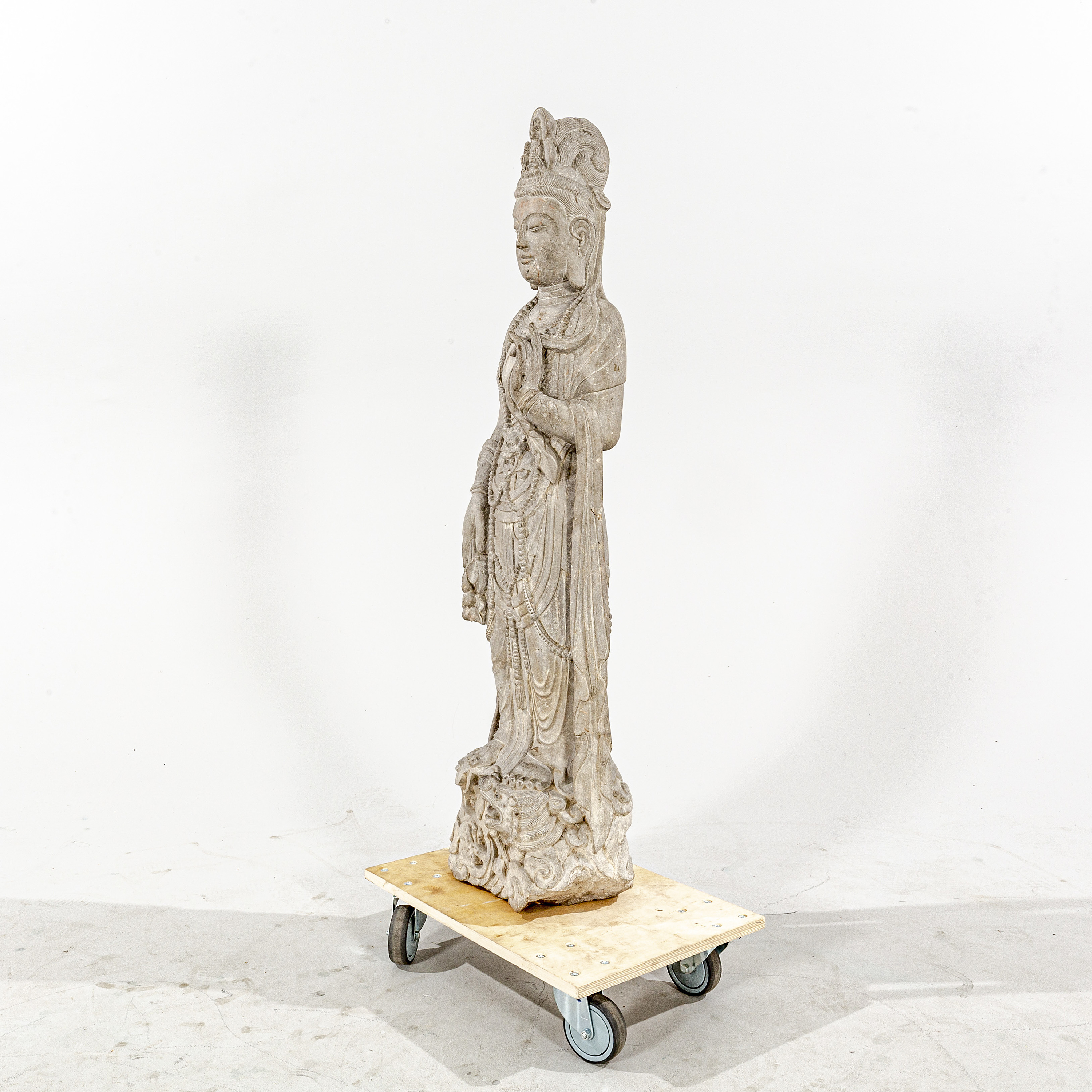 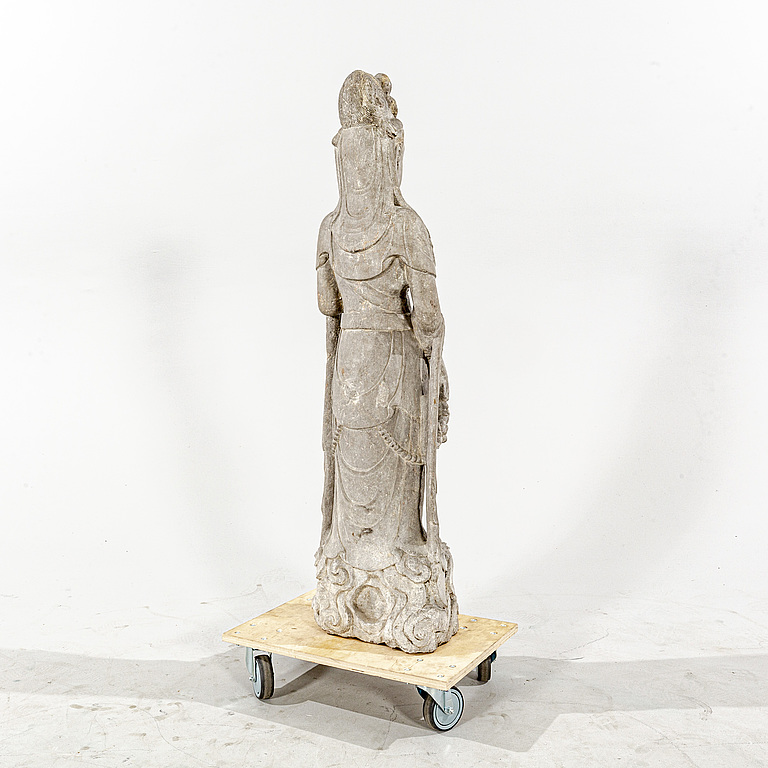 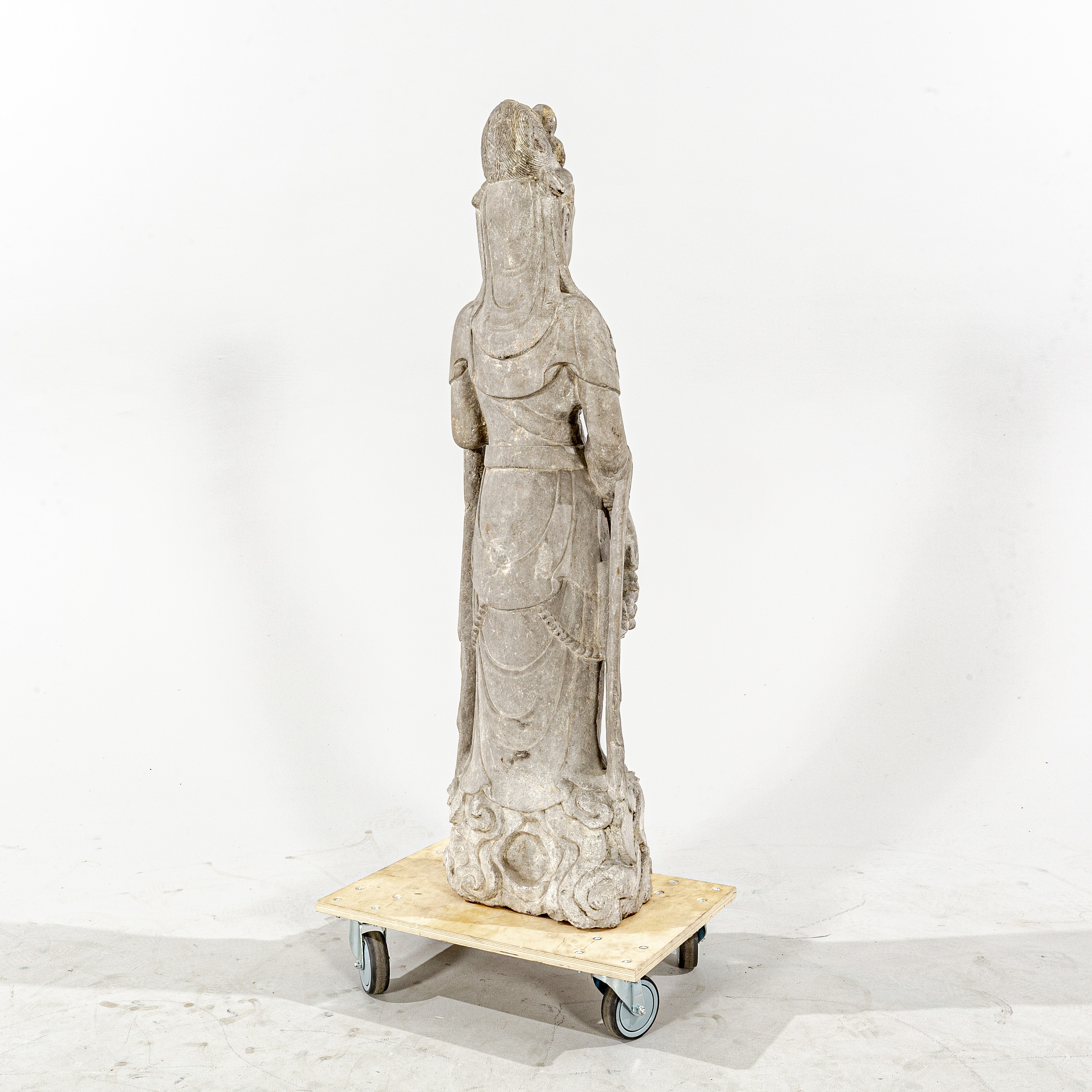 The deity is depicted standing on a dragon, calebass in her right hand, clad in a loose fitted robe, bejewelled and with an elaborated hairdue with deity placed in front. Height 134 cm, carved base +10 cm (at highest 13 cm)