Sweden and France – an artistic romance 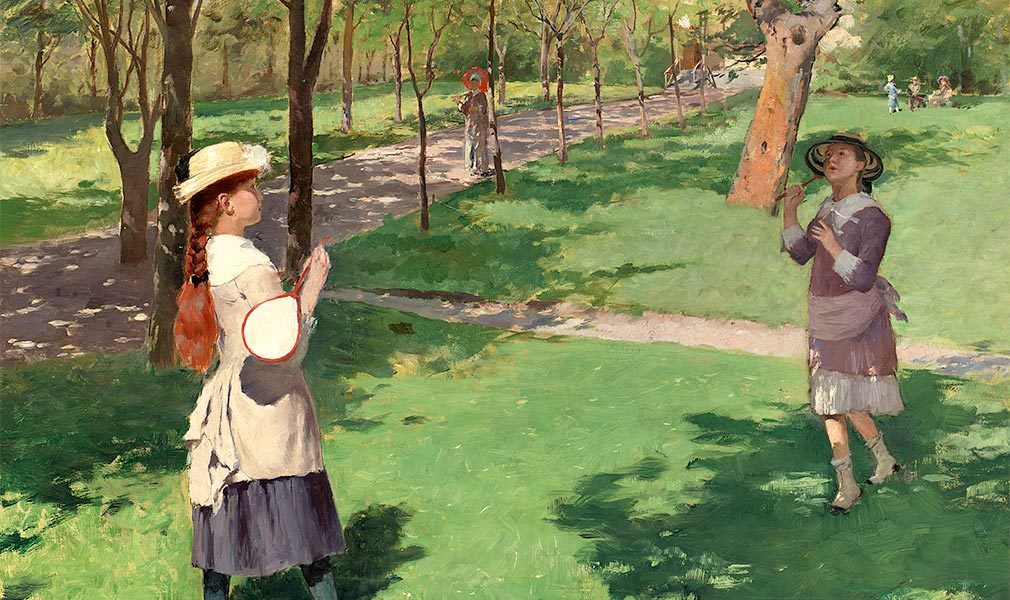 Since way back Paris has been the art center in Europe. Already during the 18th century Alexander Roslin was one of the first Swedes who went to the capital of Europe. During the mid 19th century, Alfred Wahlberg and Hugo Salmson became a liaison whom went to France where thing happened within art.

New formations with artists began to challenge the prevailing rules for the 19/20th century paintings. Wahlberg came to mediate the new impulses from Paris to his colleagues at Konstakademin, back home in Stockholm, and it was soon clear that it was in Paris things happened and therefore many artists went to the capital. The rest is, as the saying goes, art history. To rent a studio and to live were cheap, therefore many could cope with orders and in the same time take classes at some of the private academies that were available, which had a whole different structure than in Stockholm. When the artists needed a break from the frustrated and big city they went to the cities surroundings and no place has ever been so mythical and depicted as Graz-sur-Loing?

We can see a great demand of art works by Swedish artists that are depicted in France around this exciting period of time in the history of art. Do you have an art work with Swedish and French connection that you would like ot sell and valuate? Welcome to contact us today for a free valuation. 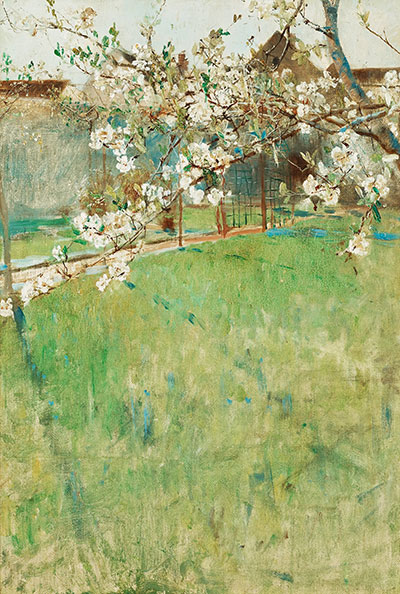 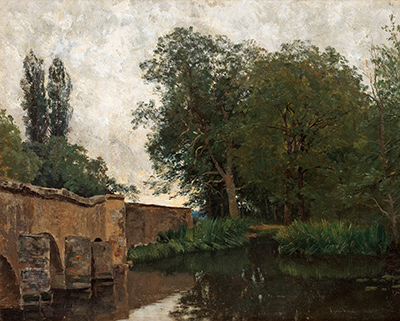 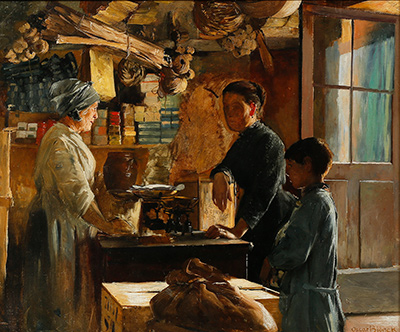 Georg Pauli
Pastoral scene on the bank of the Loing
Hammer price SEK 180.000 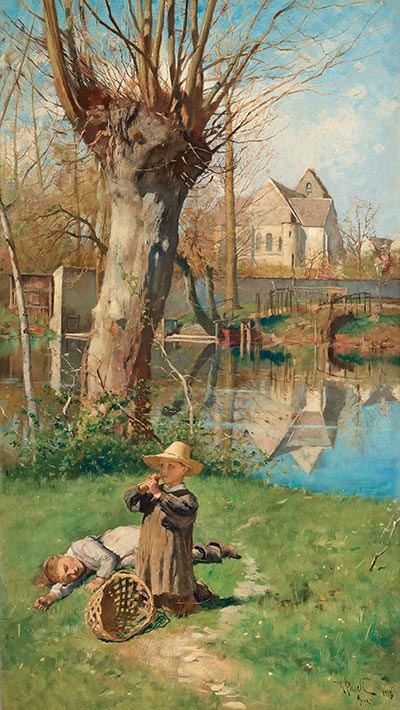