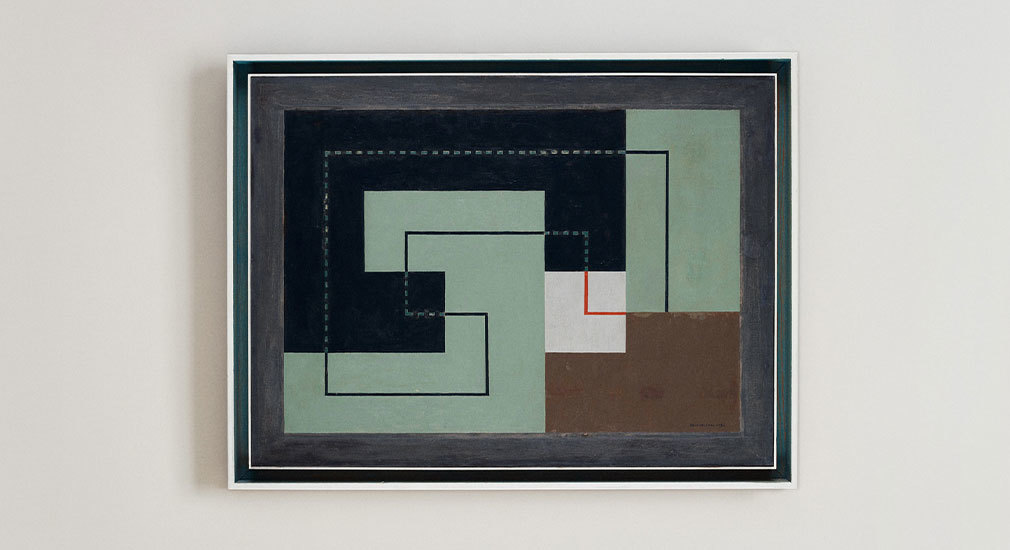 After his first sojourn in Paris at the Academie Moderne, Erik Olson returned to France in 1927, after a short stay back home in Sweden. As inspirational as Fernand Léger had previously been on Olson’s painting, Piet Mondrian’s neoplasticism now came to play a major role in Olson’s artistic development.

In 1930, Erik Olson became a member of the Cercle et Carré group in Paris, an international group aspiring to work with the two geometric shapes of the circle and the square. Members of the group included Piet Mondrian, Jean Arp, Wassily Kandinsky, Sonia Delaunay, Franciska Clausen and several other international artists. The group met regularly on Thursdays at Café Voltaire, which became the meeting point for the abstract artists.

”Painting is simply nothing but colour and shapes. Literal moods have nothing to do with this. The shape has two dimensions - the third is colour, which through its contrasts creates an illusion of depth. A painting represents nothing but itself” (Taken from a letter by Erik Olson to his brother Axel, 6th September 1930).

”Composition N” was created during the momentous year 1930. The year signifies an important breaking point for both plan geometric art and functionalist architecture, which in Sweden got its big break at the legendary Stockholm exhibition, where Otto G. Carlsund played a major role in introducing abstract art for the Swedish audience.

Erik Olson's "Compostion N" has never been on the market, having been privately owned until now. The artwork will be sold at the upcoming hammer auction Modern Art + Design.

Provenance:
Acquired directly from the artist. Then gifted to the current owner.