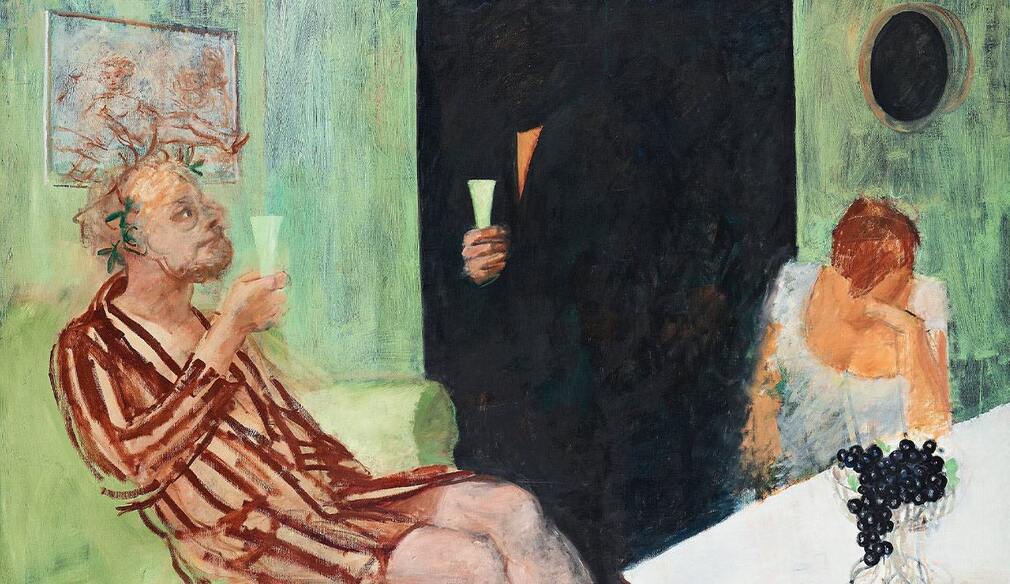 We are pleased to present six artworks by the Swedish artist Peter Dahl at Modern Art + Design.

Peter Dahl was born in Norway in 1934. His family settled in Sweden at the outbreak of the war in 1939. He was educated at the Royal Academy of Fine Arts in Stockholm, and at Valand School of Fine Arts in Gothenburg. He was appointed as professor at the Academy of Fine Arts in 1975. Admired and celebrated by the public, Peter Dahl earned himself a reputation as an “enfant terrible” and rebel of society. He stands apart from many of his contemporaries in the use of oil paint as his preferred medium. His breakthrough came in the late 1970s during which time he became increasingly personal in his choice of subjects.

In the suite of paintings “Living room daydreams” (Drömmar ur soffhörnan), a domestic living room scene is used to build a story of dreams and nightmares to criticize the Swedish bourgeoisie and its values. The painting “Skål” is no eight in this suite of paintings that were considered scandalous and caused an uproar when they were first shown. During the mid-1970s Dahl painted a few of his best works, many of which are dominated by a silent, tranquil atmosphere. Peter Dahls public breakthrough came in 1982 with the exhibition at Konstnärshuset in Stockholm. The painting “The green room”, presented at this exhibition, depicts the artist, his best friend that has just passed away and his wife that he is breaking up from. It is a very personal and haunting interpretation of loss, sorrow and love. Peter Dahl passed away in May 2019. 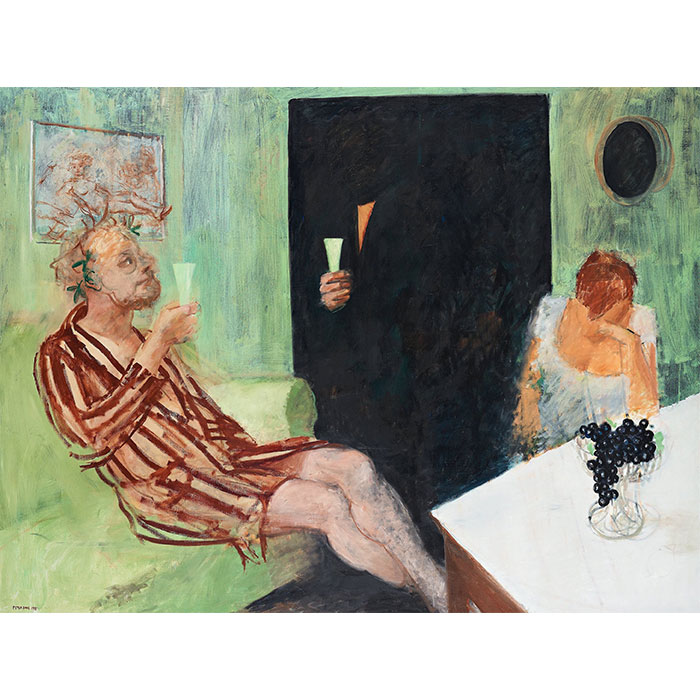 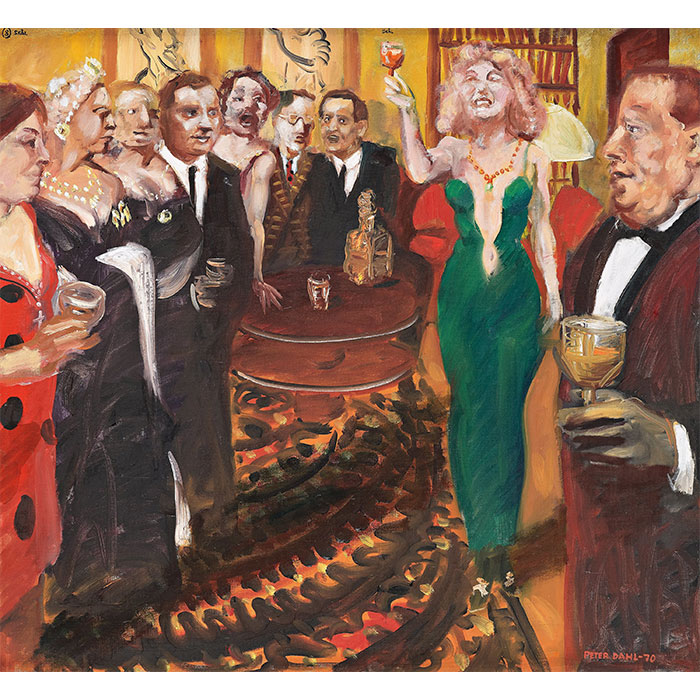 "Skål", no 8 from the series "Living room daydreams" (Drömmar ur soffhörnan) 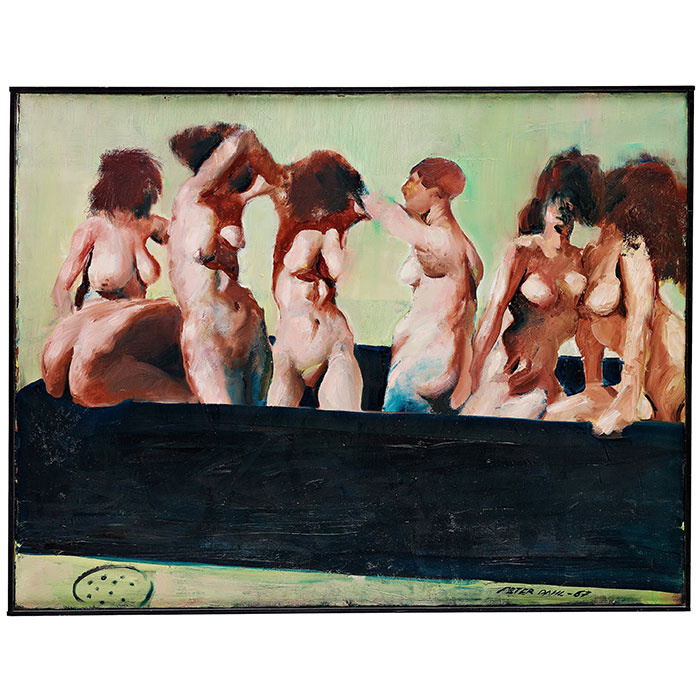 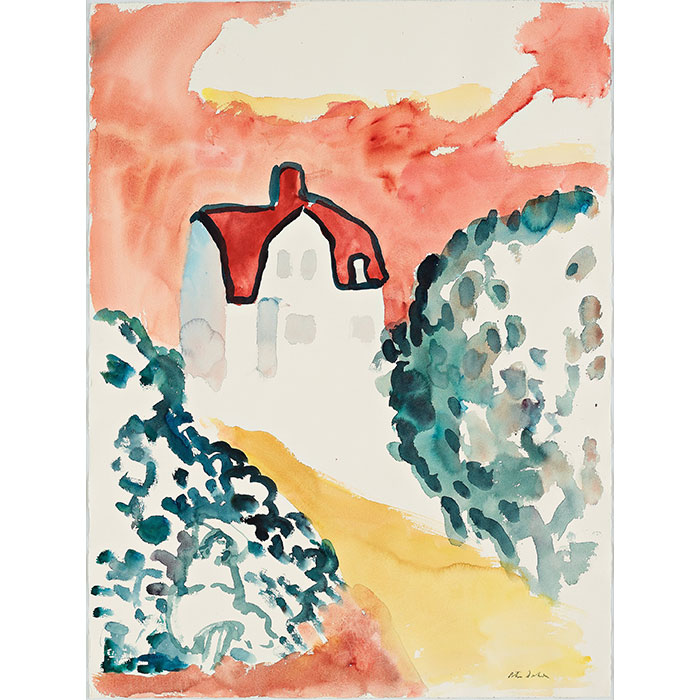 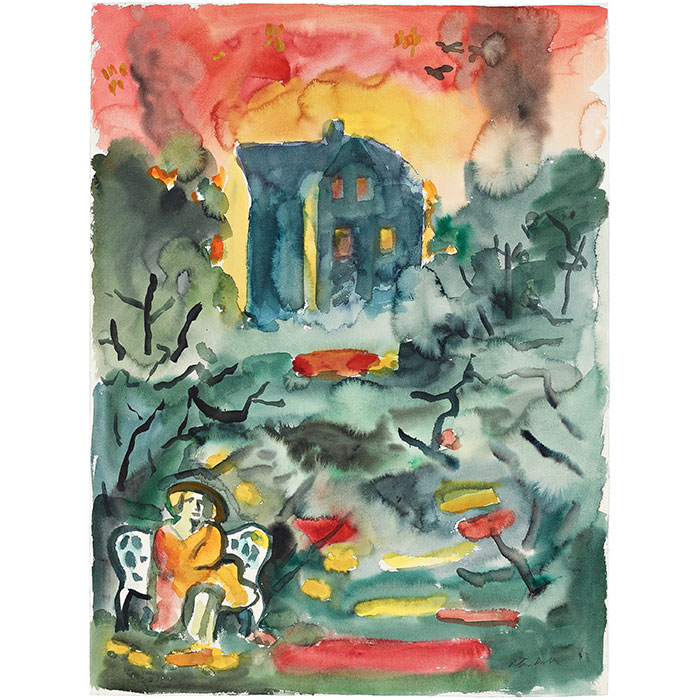 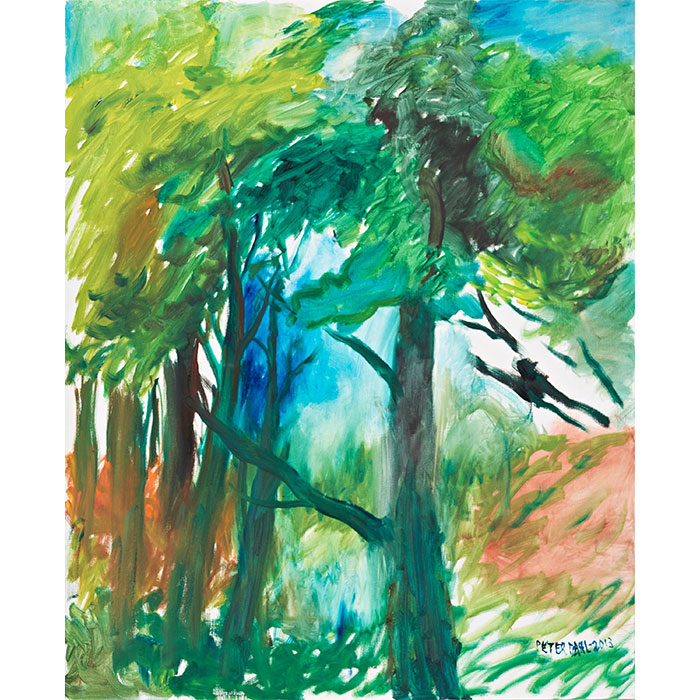 For condition reports or questions regarding the artworks please contact our specialists: