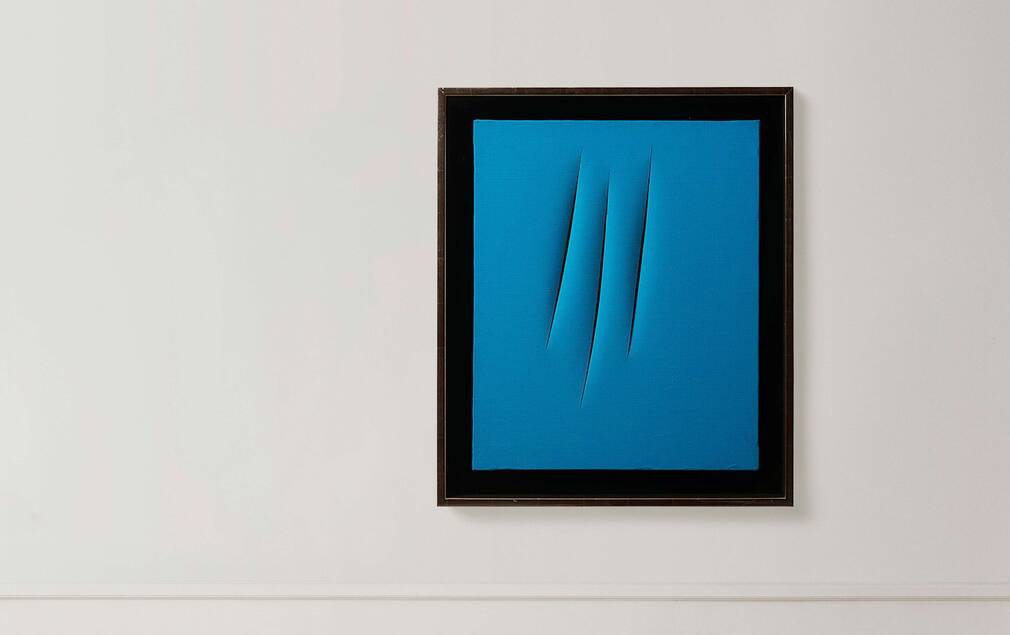 A significant aspect to what made him so compelling was his ability to merge sculpture and painting. His choice of forms remained inconsistent throughout his career – from geometrical perfection to shapes that were more difficult to define. It wasn’t about the cuts or the holes in themselves, but about the process of getting there. Fontana’s work was a product of its time, independently of his choice of medium or technique.

The first Tagli were executed in the late summer and autumn of 1958 when Fontana was almost 60 years old. The canvases were filled with small diagonal cuts in formations. Fontana experimented with both the size and the shape of the Tagli. As time passed the cuts became fewer but more forceful. In order to achieve the right effect the artist was particularly careful with the surface of the canvas, first ‘purifying’ it with a matt, often water-based, monochrome colour. The pieces with only one cut are marked Attesa whilst the canvases with multiple cuts are marked in the plural Attese, translated as ‘hopes’ or ‘aspirations’, a meaning that gives the pieces an additional conceptual dimension. Fontana dressed the back of the canvas with ‘telleta’, strips of black gauze, in order to create the illusion of space and void beyond the cut. In Tagli destruction and creation became one. Each cut in the canvas is executed in a single decisive and irrevocable movement. The physical act that forcefully ruptures the canvas simultaneously opens up a new sculptural and spatial perspective of the dark infinity beyond the surface of the canvas.

Fontana’s artistic journey with Tagli and Buchi coincided with the Space Race of the 1960s. The ultimate destination for man’s travel into cosmos was the Moon, and in 1961 Yuri Gagarin became the first man in space.
“As a painter, while working on one of my perforated canvases, I do not want to make a painting; I want to open up space, create a new dimension for art, tie in at the cosmos as it endlessly expands beyond the confining plane of the picture. With my innovation of the hole pierced through the canvas in repetitive formations, I have not attempted to decorate a surface, but, on the contrary, I have tried to break its dimensional limitations. Beyond the perforations a newly gained freedom of interpretation awaits us, but also, and just as inevitably, the end of art”. (Lucio Fontana, 1966) 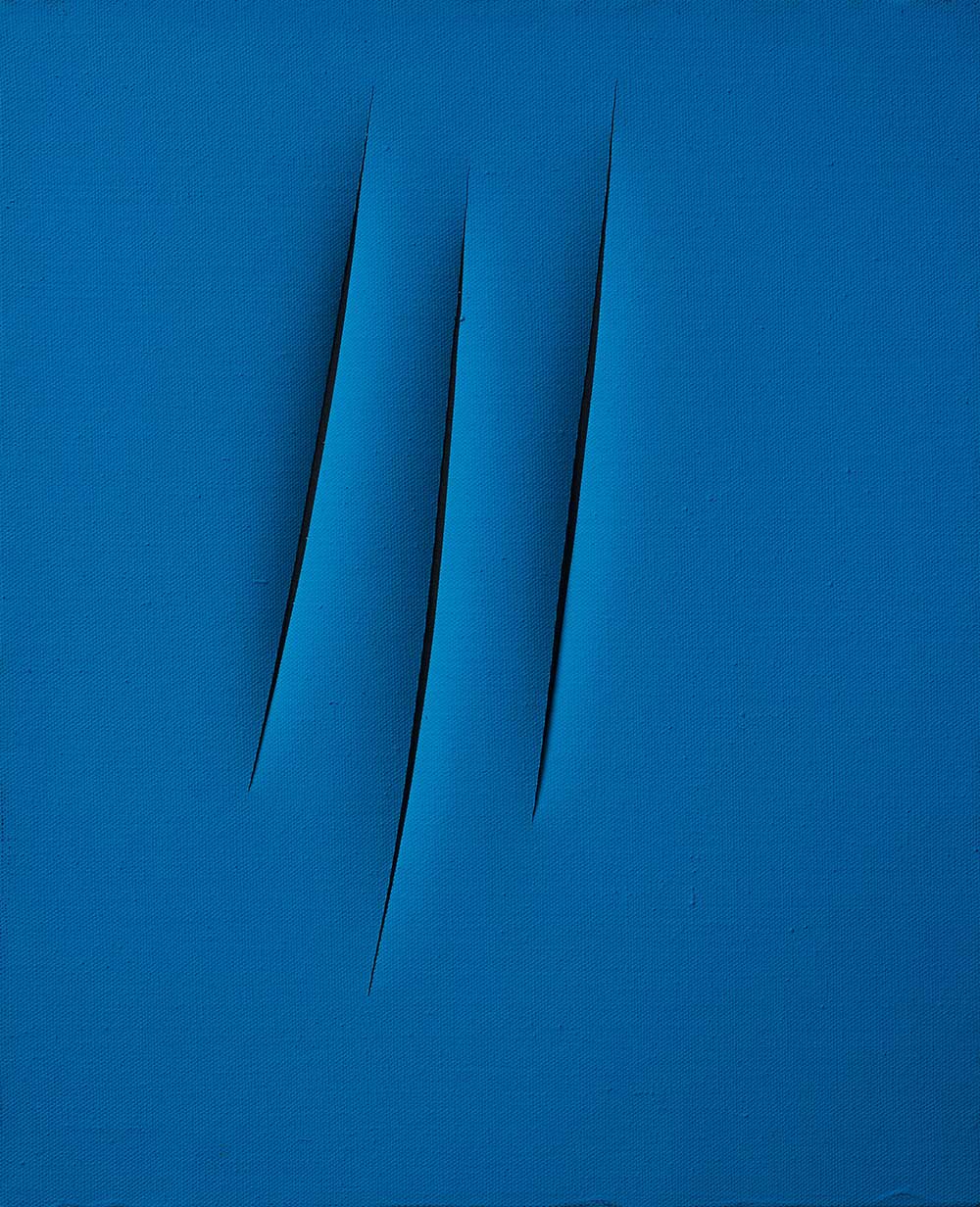