“[…] in order to aid my meditative and hallucinatory faculties, I made from the boards a series of drawings by placing on them, at random, sheets of paper which I undertook to rub with black lead. In gazing attentively at the drawings thus obtained […] I was surprised by the sudden intensification of my visionary capacities […] My curiosity awakened and astonished, I began to experiment indifferently and to question, utilizing the same means, all sorts of material to be found in my visual field: leaves and their veins, the ragged edges of a bit of linen, the brushstrokes of a '“modern'” painting, the unwound thread from a spool, etc. […] I insist on the fact that the drawings thus obtained lost more and more, through a series of suggestions and transmutations that offered themselves spontaneously – in the manner of that which passes for hypnagogic visions – the character of the material interrogated (the wood, for example) and took on the aspect of images of an unhoped-for precision, probably of a sort which revealed the first cause of the obsession, or produced a simulacrum of that cause.”
(Ernst 1948, p.7) 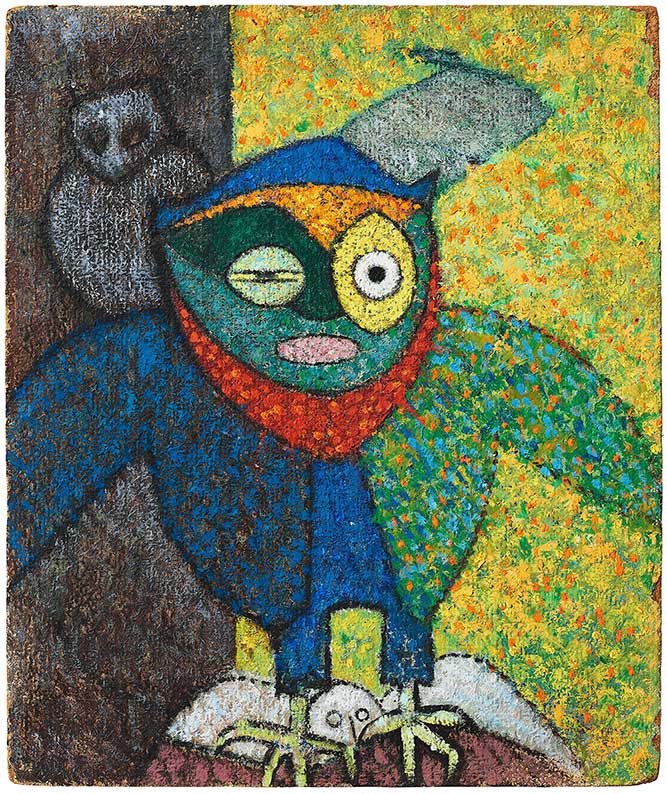