No connection to server
We use cookies to provide the best possible customer experience. If you continue you accept this use of cookies. Go here to read more.
OK
Contemporary & Design, Stockholm 558 Stockholm333335
334
194222 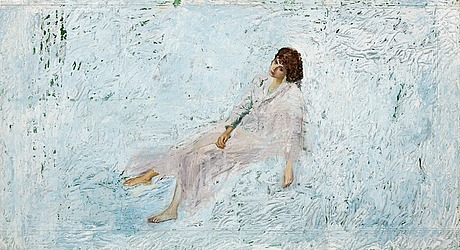 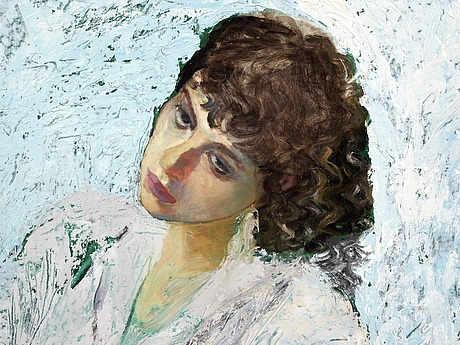 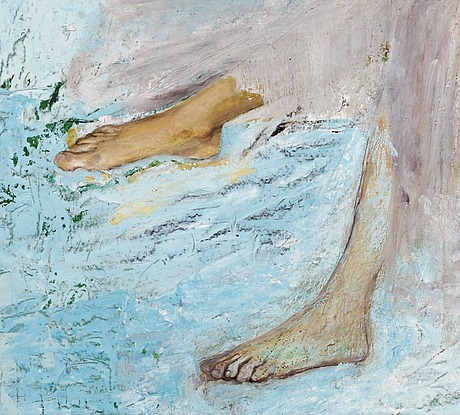 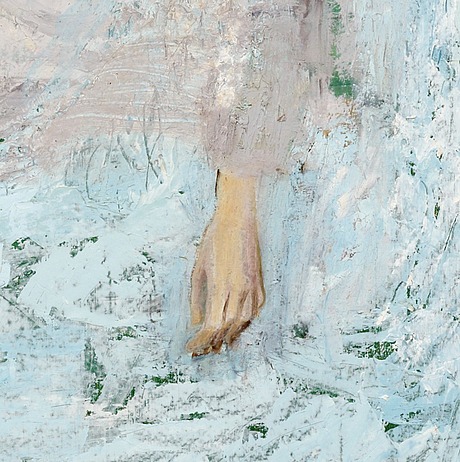 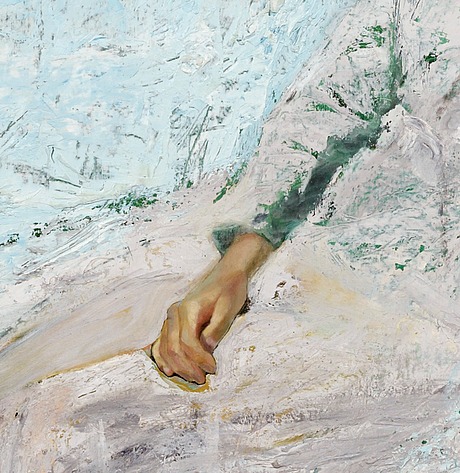 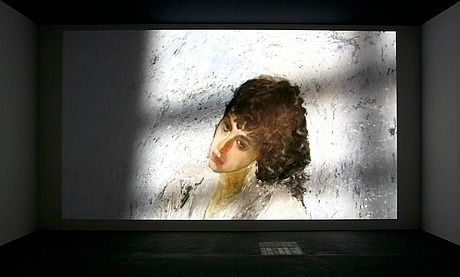 Cecilia Edefalk’s monumental painting ”Baby” depicts a relaxed woman resting in a sea of oil paint. Edefalk began the painting in 1986 during her final year at the Royal Institute of Art in Stockholm, and presented it in her debut exhibition at Galleri Wallner in Malmö in 1988. The painting was supplemented almost twenty years later with a filmed projection and was exhibited in the “Art Unlimited” section of ArtBasel 2006. The film shows a stationary close-up of the woman’s face and we can follow how the daylight’s reflections on the painting slowly fade away into a bluish darkness. The combination of a stationary motif that is documented over a longer period of time recurs in Edefalk’s new video installation 24-Hour Venus (2009), which is currently on display in the White Lies exhibition at the Museum of Mediterranean and Near Eastern Antiquities in Stockholm.

Even though the woman in ”Baby” is centrally placed on the canvas, she is not the obvious focal point of the painting. Her figurative frame both stands out of and sinks into the surrounding paint. This calm and at the same time restless oscillating position provides the painting with an undetermined, ongoing character, which takes the form of a drama between the woman and the paint. Her expression is almost somnambulistic. Her eyes are open and yet she is absent – completely engrossed in thought. It is her face, her hands and her feet that most clearly free themselves from the paint’s saturating expansion, even though some of her body parts are not finished but hang lifelessly in the space of the paint. The woman’s body has been dissolved in favour of that of the paint.

The abrupt changes between the close inspection of the paint’s physical appearance and the overall view of the portrait create the work’s complexity. A perspectival structure, which also becomes apparent through the paint surfaces’ contemporary look, is sharply contrasted with the motif’s retrospective nature. The painting obviously operated in a temporal span already before it was supplemented by the film’s “moving” representation of itself.

”Baby” can be read as a self-portrait. Not that the motif is a depiction of Cecilia Edefalk, but the work nevertheless functions as a symbolic depiction of the painterly act. The painting reflects the artist’s intense spirit of community with the image. And the woman’s figure is employed as a tool for the viewer’s identification. The painting preserves the actions that together constitute its appearance. Such as the drawing, the paint, the palette-knife’s energetic scrawls, the figuration and the size of the image. However, the most conspicuous component is perhaps the light. From where does the shimmer of life originate?