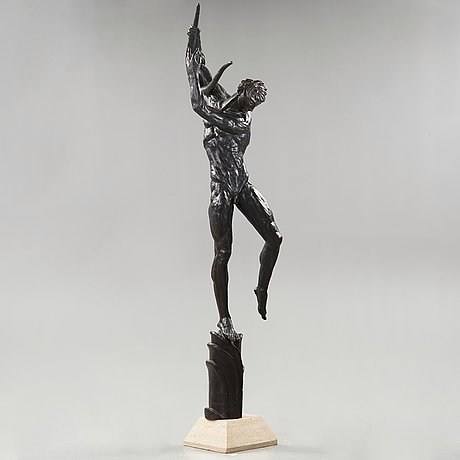 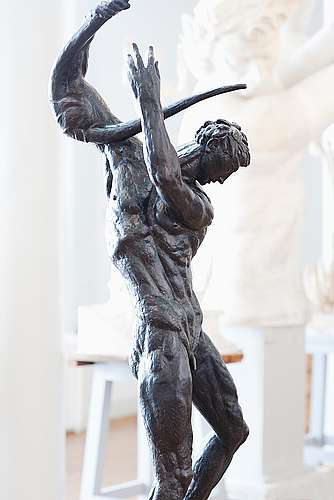 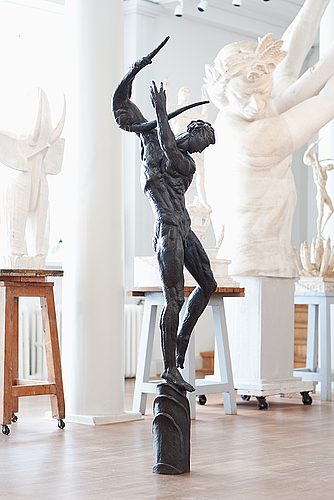 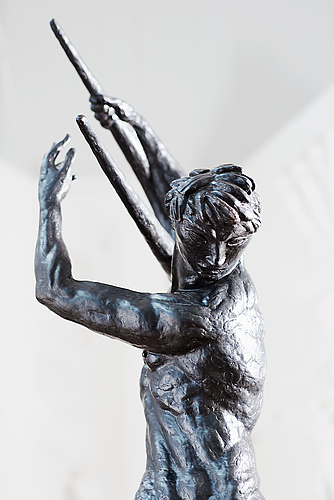 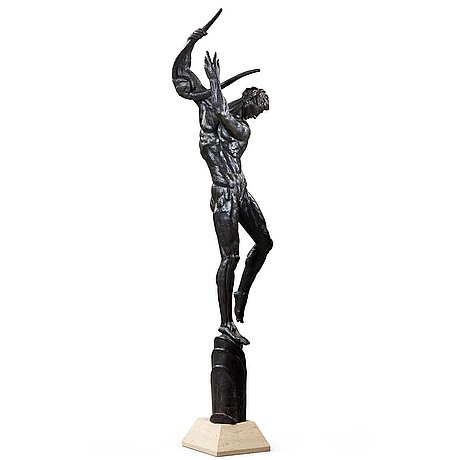 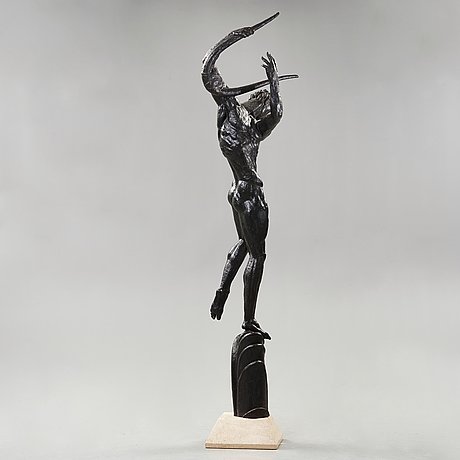 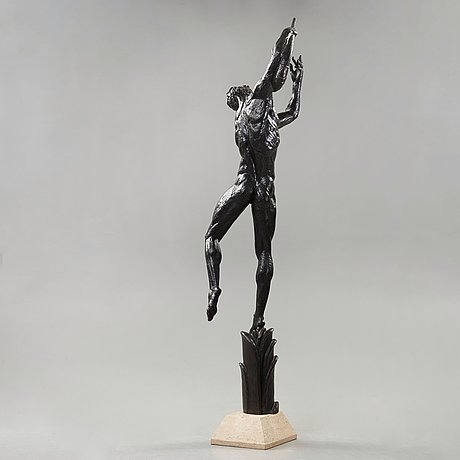 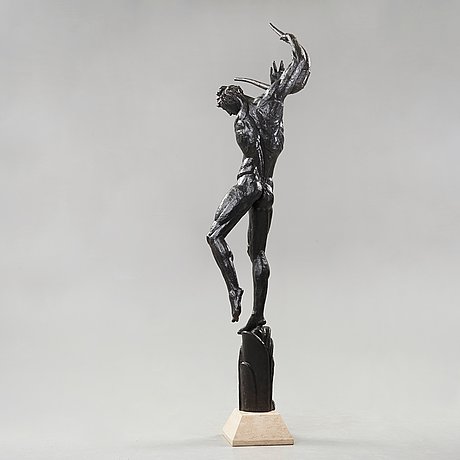 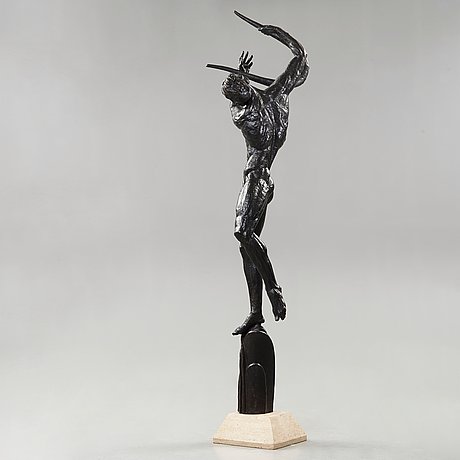 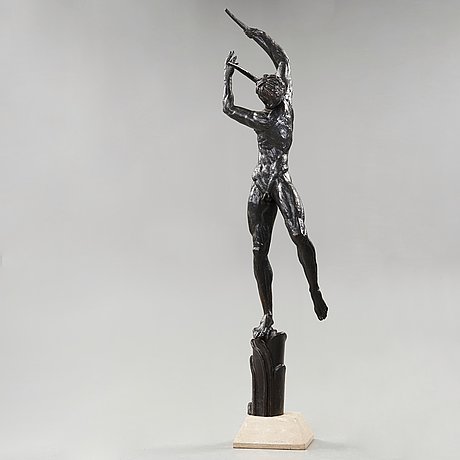 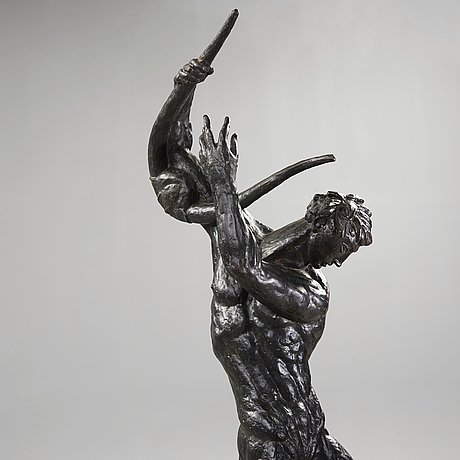 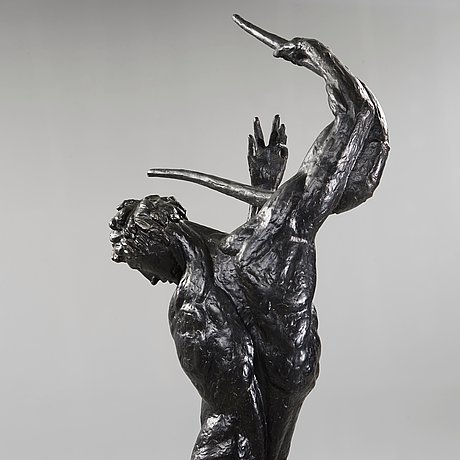 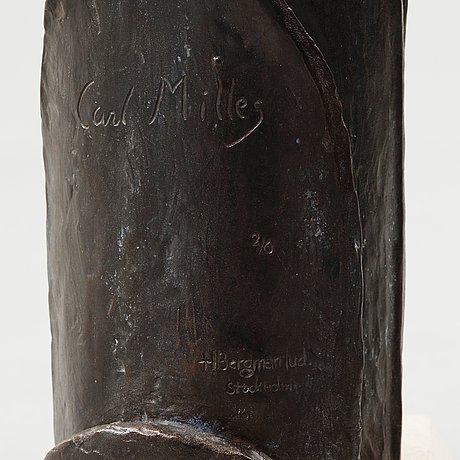 This copy was in the winning garden at Chelsea Flower Show 2013.

Carl Milles settled in at Cranbrook Academy of Art in early 1930s and it was during that time he transformed the idea of that last sketch into monumental fountain Orpheus Fountain.
The 25th of July 1936 the official inauguration of the sculpture took place outside Stockholm’s Concert Hall. It was already decided that the Concert Hall and the square outside the building would have a classical touch and therefore Milles proposal suited into the plans.
This sketch is a strong expression of balanced strength both in body, spirit and aesthetics. In Greek mythology Orpheus is the god of song and music and he is the son of Apollo. The attribute for recognizing Orpheus is usually the lyre.
In Orpheus Fountain the central figure is surrounded by eight muses. These figures are all attentive and listen to the playing of the lyre.
Carl Milles thought music was very important, he loved the Ninth Symphony of Beethoven, the so-called Europe symphony. In the finished sculpture Orpheus Fountain Beethoven is one of the figures that surround him. Some thought of his interpretation of the Orpheus group as equivalent to Beethoven’s Ninth Symphony.