No connection to server
We use cookies to provide the best possible customer experience. If you continue you accept this use of cookies. Go here to read more.
OK
Modern Art + Design 612 Stockholm237239
238
1090825 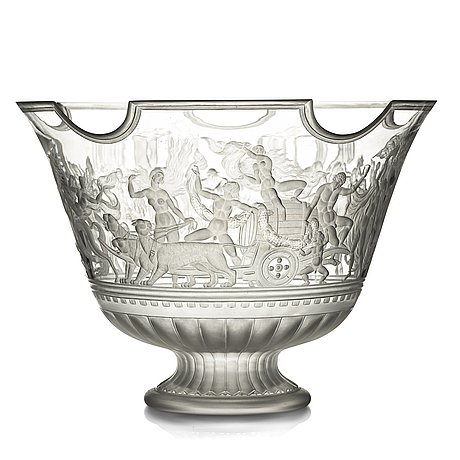 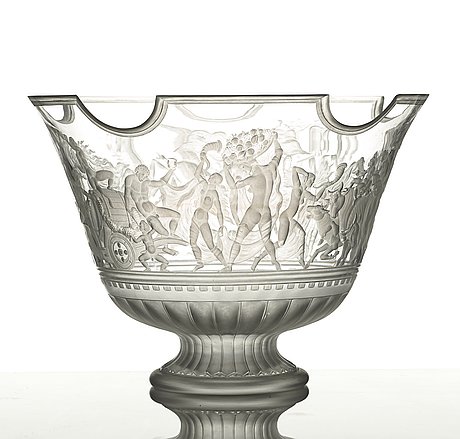 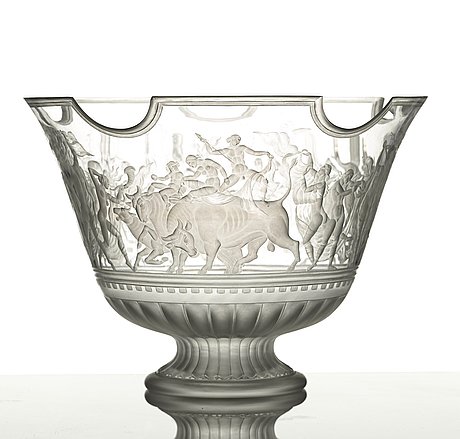 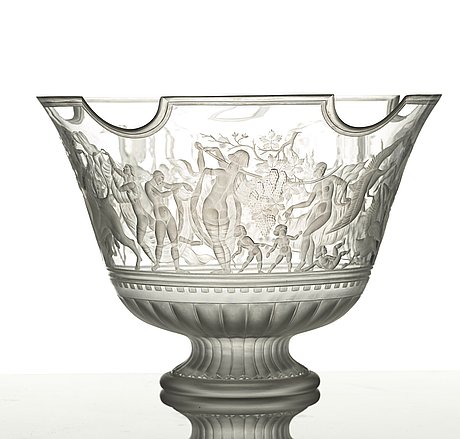 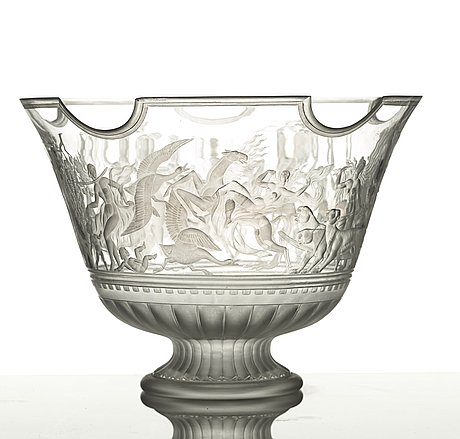 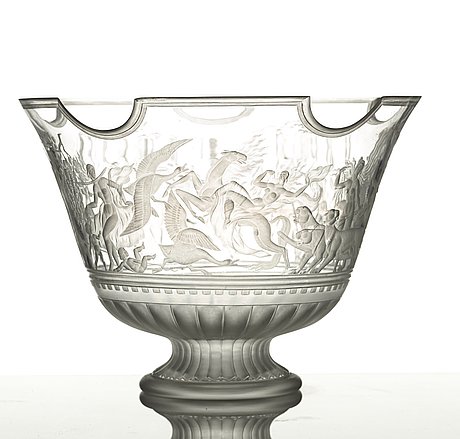 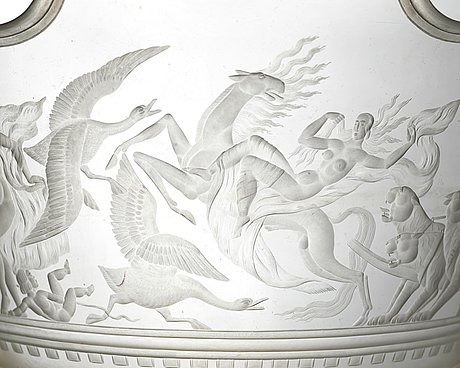 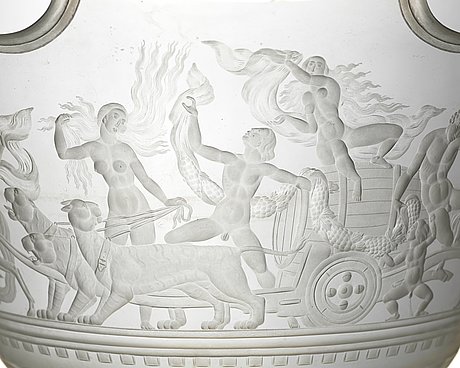 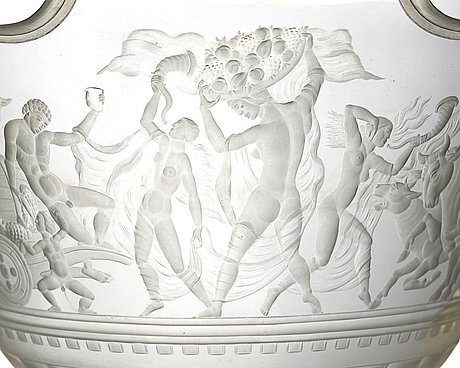 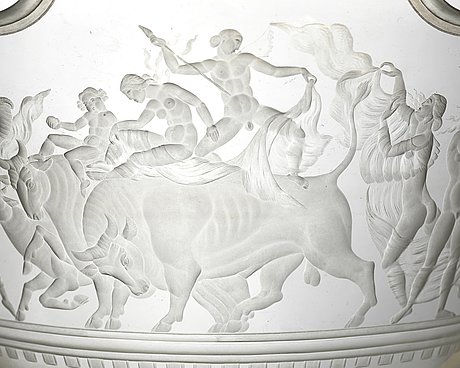 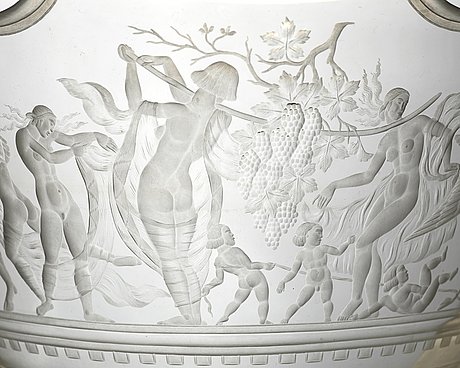 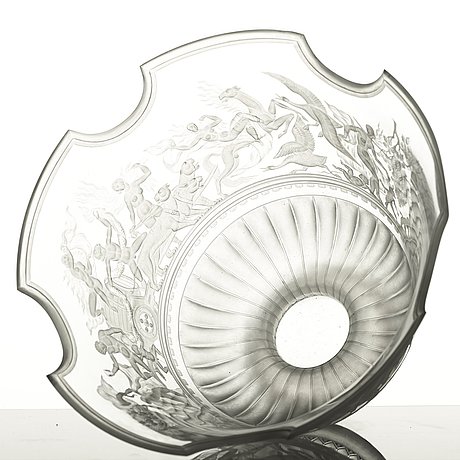 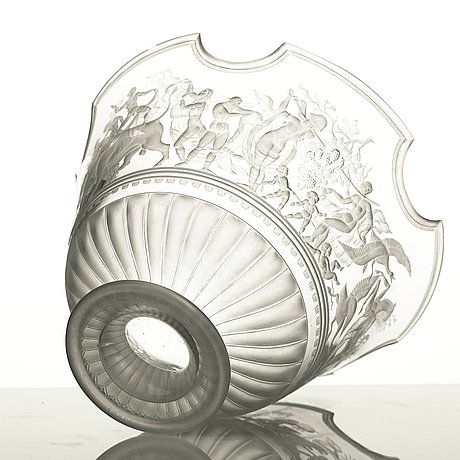 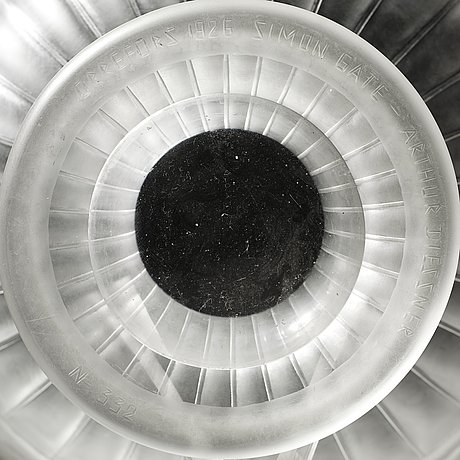 The mouth with a few small chips and possibly retouches, a little polished.

The model was shown at the Paris World's Fair in 1925.

The model "Bacchus" was designed for the International Exhibition in Paris in 1925. The first copies were engraved by Gustav Abel and later by Ernst Åberg. The book about Gate and Hald says: "The most strenuous work I remember is the Bacchus Bowl, which I engraved for the Paris Exhibition in 1925. When it was finished, Gate smashed it (he lifted the bowl to the light and hit it against a lamp) after which it has to be remade at an accelerated pace, but then we had also done a lot of experience ... ".

The Bacchus bowl was made in two different versions, this variant was the one shown in Paris in 1925 with a very smooth mouth edge . Reportedly approximately 13 copies have been completed since 1925 and it took about 300 hours to engrave it, ie no less than eight weeks.

Arthur Diessner worked as an engraver at Orrefors 1920-63.