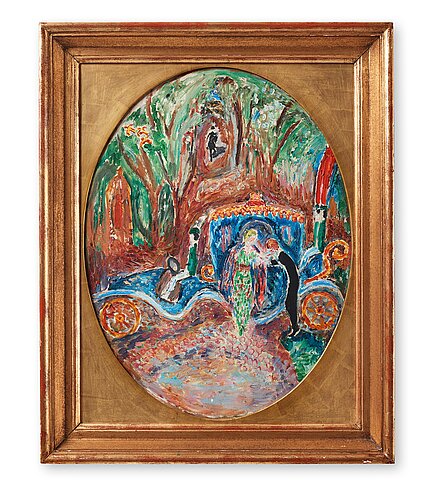 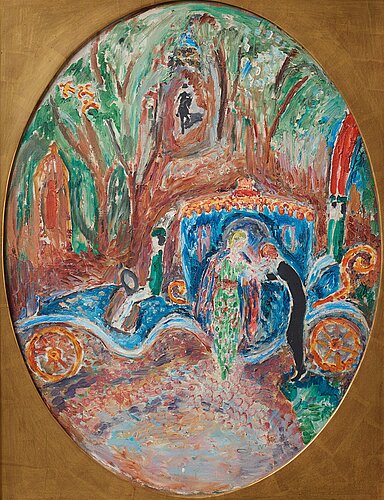 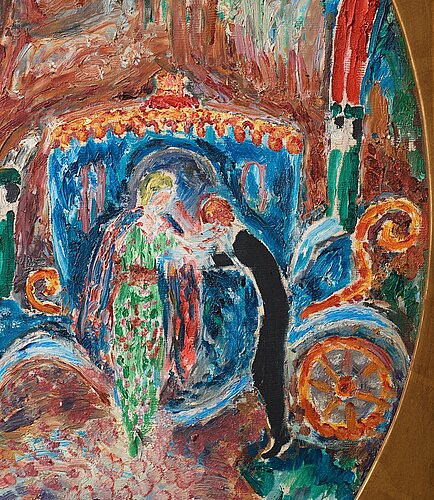 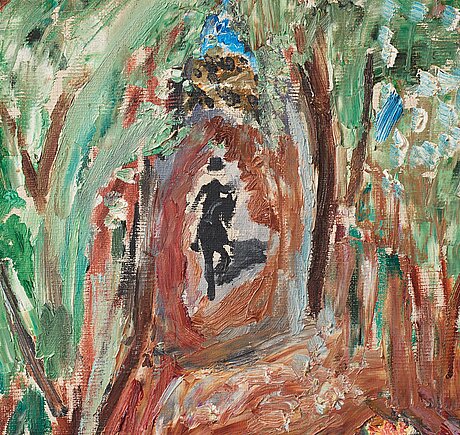 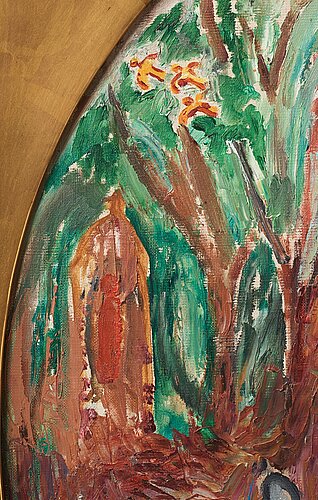 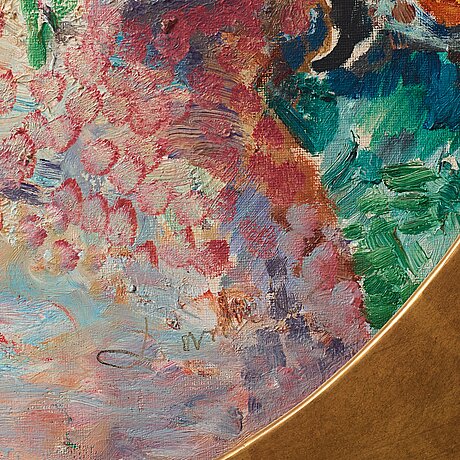 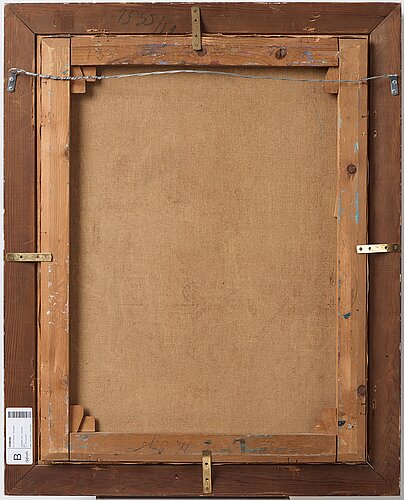 The rise of modernism was something completely new to the Swedish artists who came to Paris in the early 1910s. When Nils von Dardel arrived in the city, he was greatly influenced by Cubism and Pointillism. The years 1912-14 constitute a period commonly called the Senlis period in Dardel's painting. To Senlis, this rural idyll north of Paris, he sought to get away from the city's alarm. Other artists such as Gustaf Hellström and Einar Jolin stayed in the city, which together with Dardel came to create a small artist colony. During this period, painting came to take on new forms and move away from cubism and fauvism towards a more post-impressionist expressionism. However, the pointillist stain technique becomes what mainly fascinates Dardel and is the basis for the now so famous and significant works of art from 1913 and 1914 respectively: "Burial in Senlis" (formerly in Rolf de Maré's collection) and "Widowed Queen Sofia's funeral" (formerly in director Hasse Ekman's collection).

It became essential during the Senlis period to express their feelings for the whole of life rather than the mood of the moment as before. This direction is clear in “Ekipaget”, which is executed in a more fair-cut style with pointillist and expressionist features. Karl Asplund writes: "A similar half-reality has" Ekipaget ", a composition in undulating lines and confectionery with a car resembling a royal body from a fairy tale."