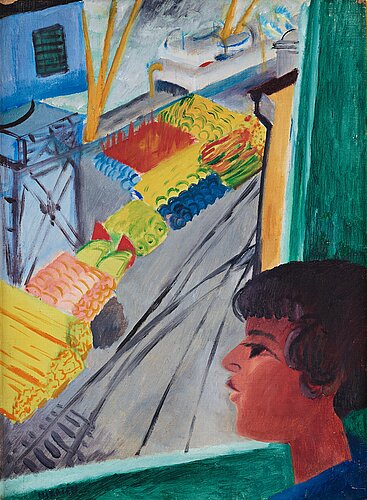 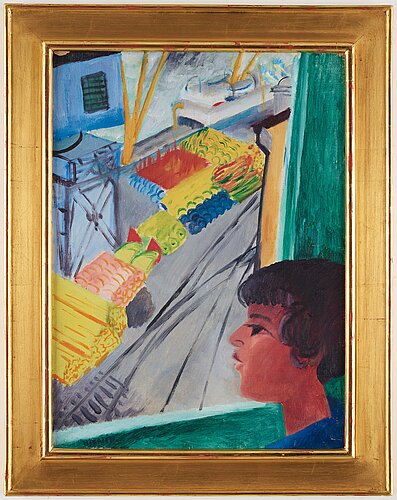 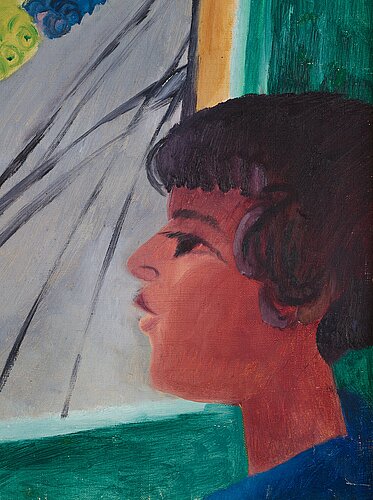 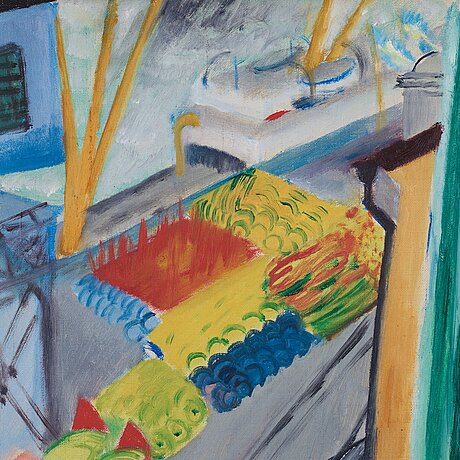 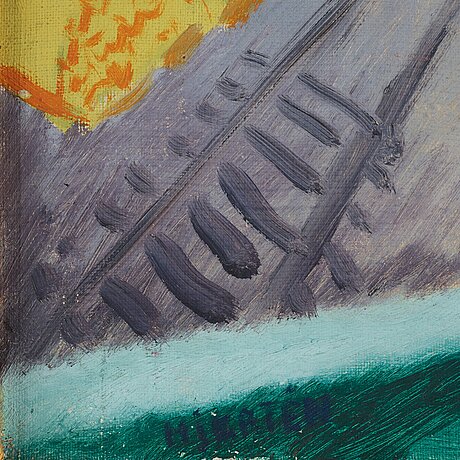 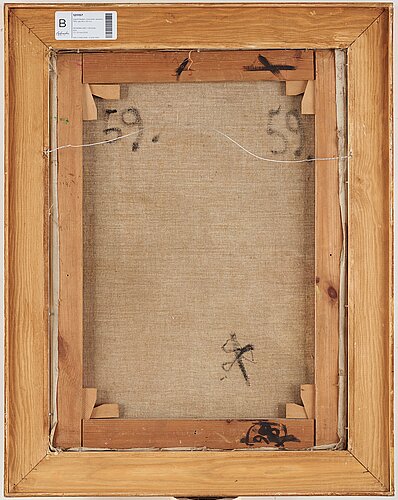 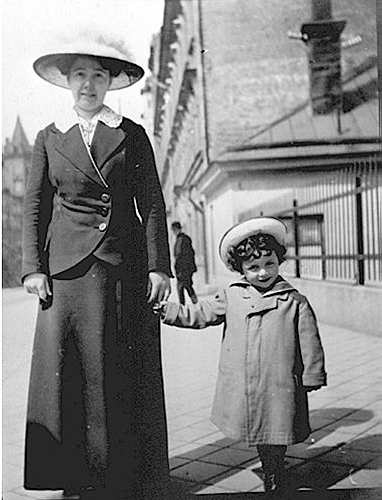 In the early 1900s, a group of Swedish artists traveled to Paris to join Académie Henri Matisse. The Swedish front figures of this group were Isaac Grünewald, Sigrid Hjertén, Nils Dardel Leander Engström and Einar Jolin and they became the avant-garde who paved the way for modern art in Sweden.

After returning to Sweden, Isaac Grünewald and Sigrid Hjertén were married in 1911 and the same year their son Iván was born. A few years later, in 1914, the couple acquired a large studio at Stadsgården in Stockholm. The view from there and their son Iván was a great source of inspiration for both the of them, but especially for Sigrid, who had the main responsibility for Iván and was most bound to home. The work depicts Iván in front of a window looking out at the buzzing world outside with modern machines like cranes, steamboats and steam locomotives. The color range is highly driven and shows Sigrid's excellent skill with tones and nuances. The perspective is bold with diagonals that dramatically cut through the subject.