We use cookies to provide the best possible customer experience. If you continue you accept this use of cookies. Go here to read more.
OK
Important Spring Sale 625 Stockholm643645
644
1215491
Eight-lobed bronze mirror with mythical animals, Tang dynasty (618–907). 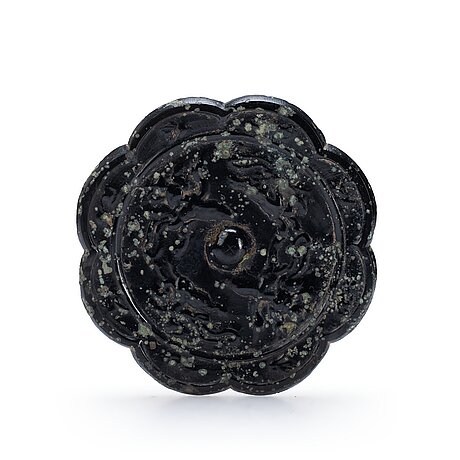 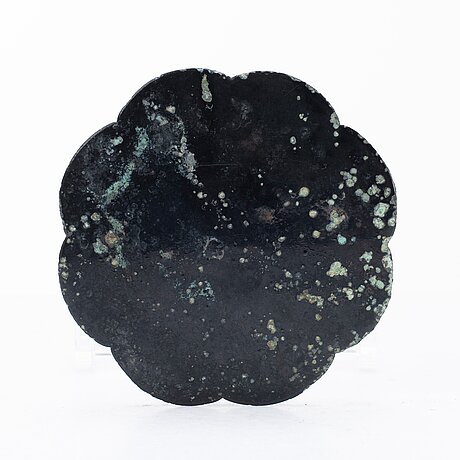 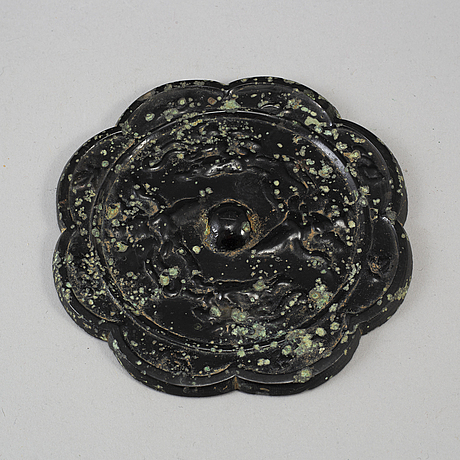 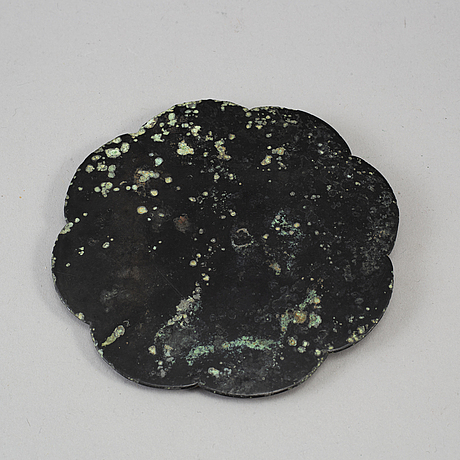 From the collection of a Swedish conneisseur antiques with a great passion and interest for Asian art, especially bronze mirrors, the mirrors were brought together from the 1950-60, thence by descent within the family.

As early as 2000 B.C., bronze technology was highly developed in China, and objects made from this alloy of copper, tin, and lead were considered luxury items, reserved for the aristocratic class. Among these coveted pieces were small bronze mirrors, some compact and portable enough to be held in one hand, and others large and heavy enough to require stands. Usually cast from clay molds, they were highly polished on one side, offering a reflective surface, while the other side was decorated with intricate patterns and designs that reveal an astonishing level of skill and artistry in their craftsmanship. Birds, dragons, and serpents were common motifs in the earliest mirrors. Later, more sophisticated and intricate designs included mythological figures, deities, animals of the Chinese zodiac, abstract patterns, background textures, inscriptions, enamelwork, and inlays of jade, turquoise, and mother-of-pearl.
That these mirrors were prized by their owners is evident not only in light of their fine craftsmanship but also because of related artifacts that point to how they were valued. A pottery tomb figure dating to about the first century B.C. depicts a woman gazing into a mirror while applying powder to her face. An elaborate cosmetic set includes a bronze mirror from around the first century A.D., accompanied by a silk brocade pouch, a wool powder puff, and a lacquered wooden box. Artifacts such as these, along with the mirrors themselves, provide a fascinating glimpse into the private lives of their users.