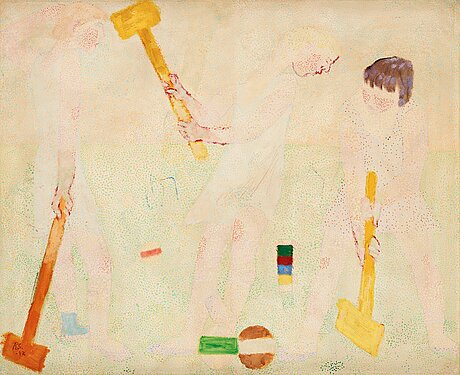 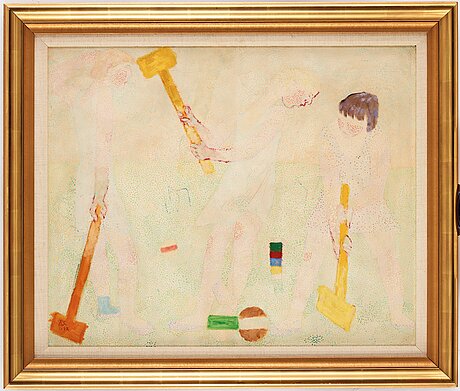 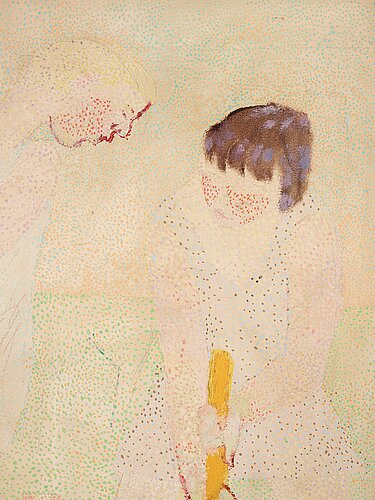 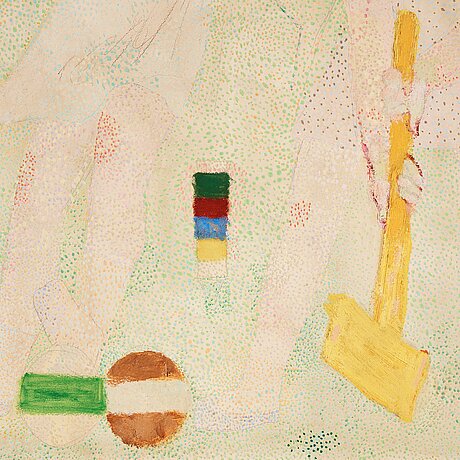 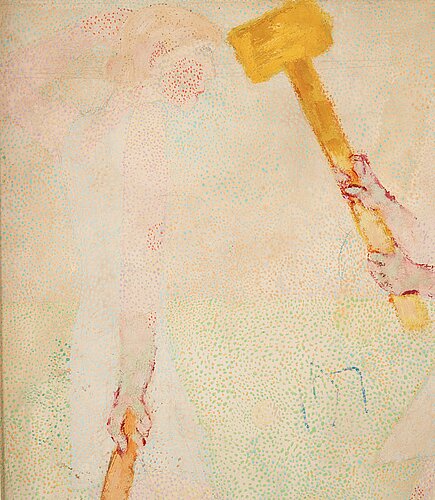 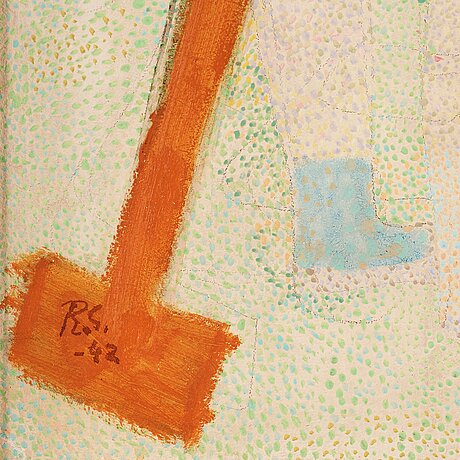 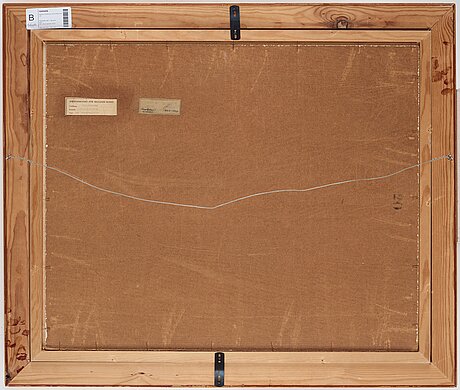 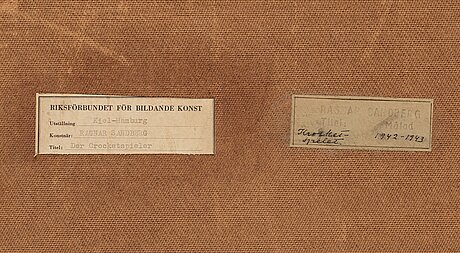 Ragnar Sandberg grew up in Stenungsund, Bohuslän on Sweden's West coast. He was indecisive whether to become an author or a painter, but eventually applied to Valands, where he studied for artist Tor Bjurström 1920-25. Yet, he spent the following years writing. In 1929 Sandberg returned to painting, stimulated by Ivan Ivarson. He had his breakthrough ten years later as an artist with solo exhibitions at, among others, the Franco-Swedish Art Gallery in Stockholm. However, he continued to write simultaneously, and is today considered one of the most intelligent theorists among Gothenburg's scholars. In 1947, he was appointed as a professor at the Academy of Fine Arts and therefore moved to Stockholm.

From the middle of the 1930s, Ragnar Sandberg developed his interest in movement and rhythm. He created an endless amount of variations of patterns of everyday subjects from Sweden's West coast including studies of swimmers, cyclists, crocket- and football players in movement. Characteristics of Sandbergs artworks are light, expressive pastel colors as the main subject, often placed in contrast with intense, dramatic blackness in the details. He builds his artworks like puzzles, where different parts overlap and often create patterns of light and dark. The common factor in his art, like for many artists from Gothenburg, are shapes and an expressive use of colour.

The artwork "Krocketspelet" completely lacks the specific blackness which characterise a lot of Sandberg's works. However, it was created at the beginning of the 1940s, when Sandberg's palette was generally much lighter. Ragnar Sandberg was a serious artist with a very methodical process composed of compositions, often with mathematical precision.