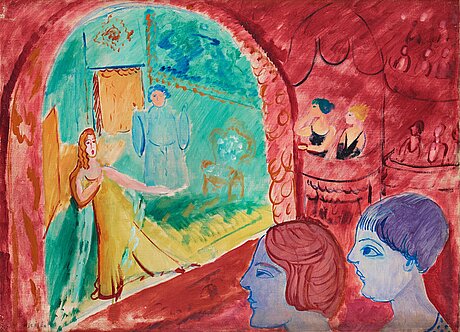 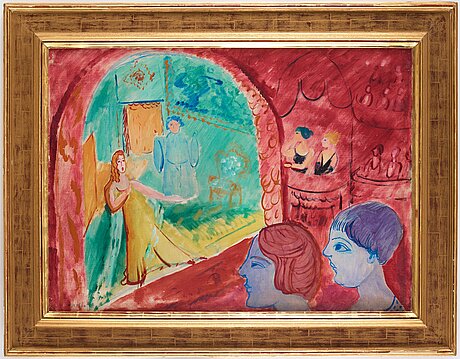 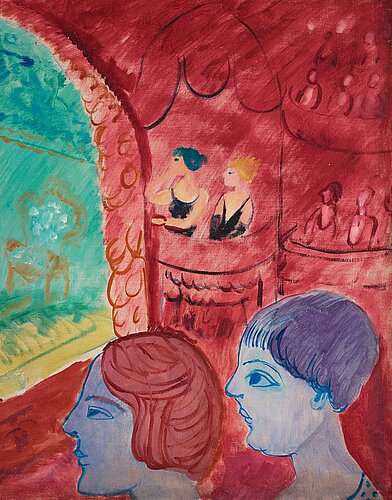 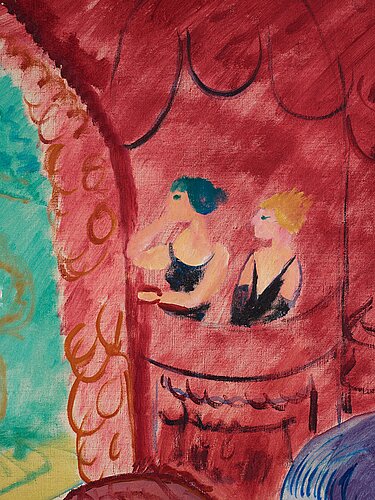 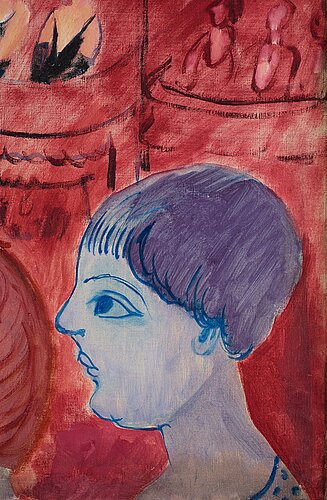 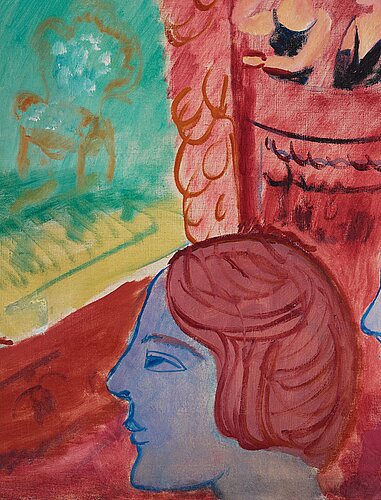 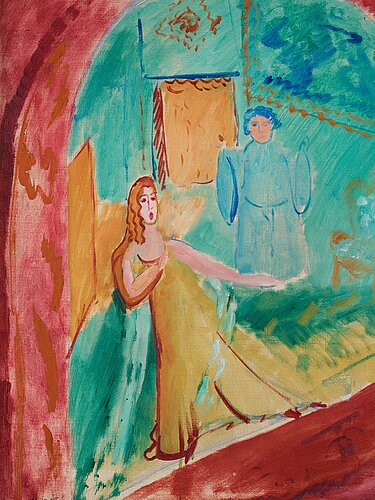 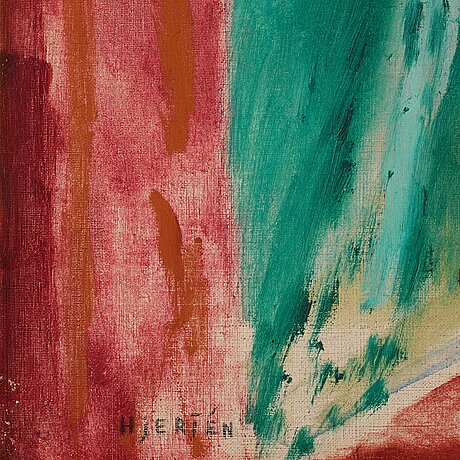 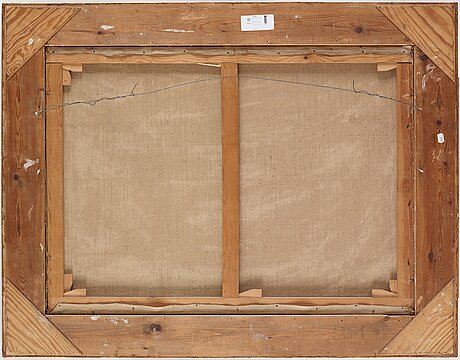 The Grünewald-Hjertén couple often went to the opera an the theatre. Sigrid has on several occasions captured the enchanting world of the theatre in her work. The motif "On the Theatre" ("På Teatern") from 1915 is one of Sigrid Hjertén's most famous works, sold at Bukowskis in 1989. In that painting, Isaac is the main focus when he intensively looks at the performance.

The current catalogue number depicting the Opera, which is not dated but most probably executed during the same period, has it's focus lying on the activities on stage along with two figures in the lower right corner.

Isaac saw Sigrids potential already in 1908 when he at a graduation party at the School of Art and Design in Stockholm praised her for her excellent sense of colour and sought to influence her to devote herself to painting instead of making textiles. Shortly afterwards, they were off to Paris to study at the Académie Matisse, and the rest is history. Matisse himself said that Sigrid Hjertén was one of his most talented students.

In the middle of the 1910s, Hjertén flourished as an artist. With a unique sense of colour, she lets bold deep red contrast with the stage's turquoise background and the characters' yellow and violet costumes. During this creative peak, several of Hjertén's most important works where created.