No connection to server
We use cookies to provide the best possible customer experience. If you continue you accept this use of cookies. Go here to read more.
OK
Contemporary Art & Design 631 Stockholm327329
328
1246759 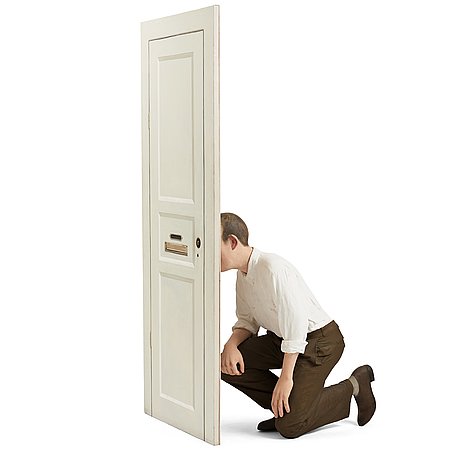 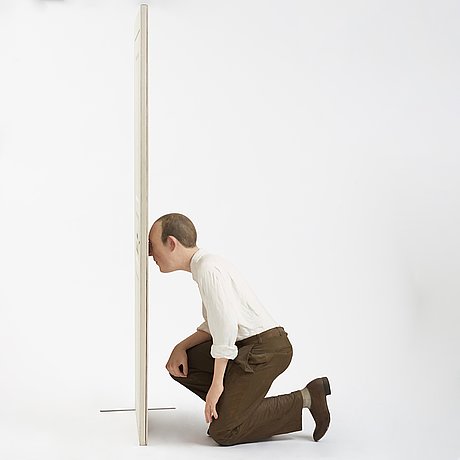 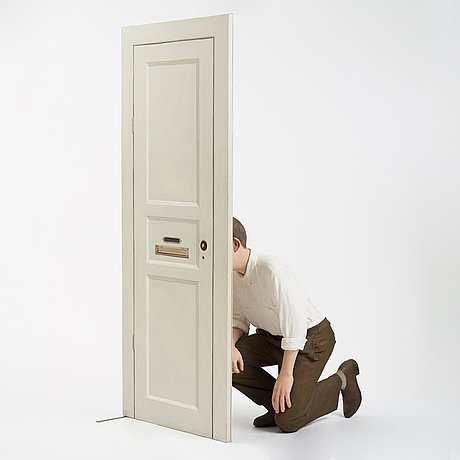 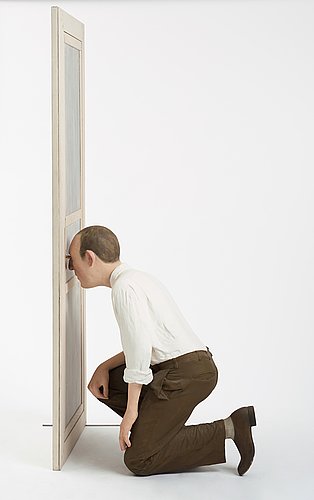 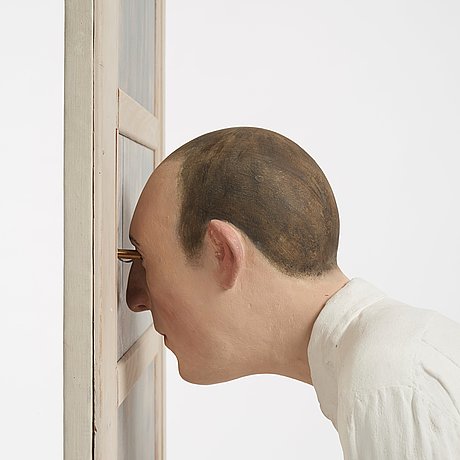 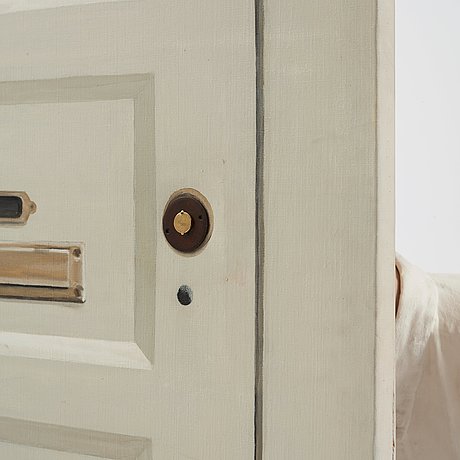 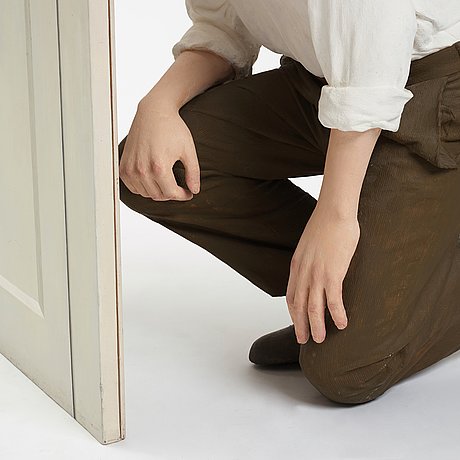 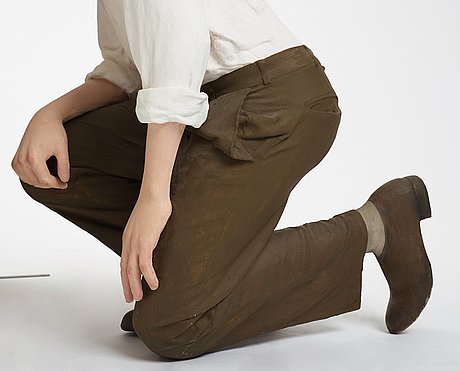 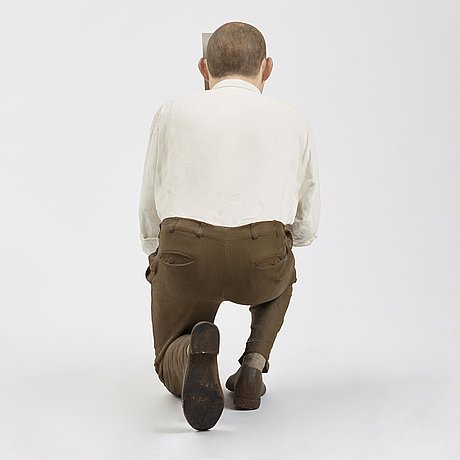 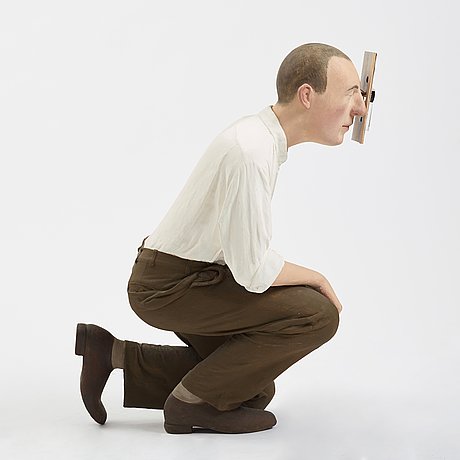 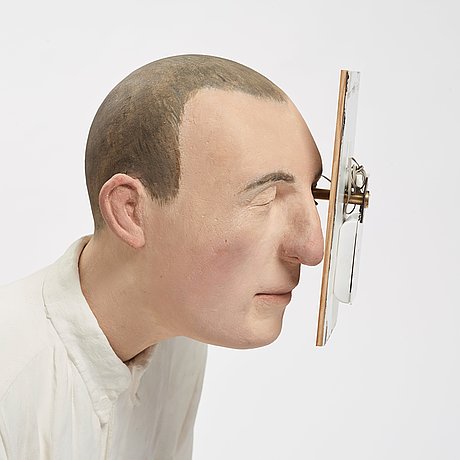 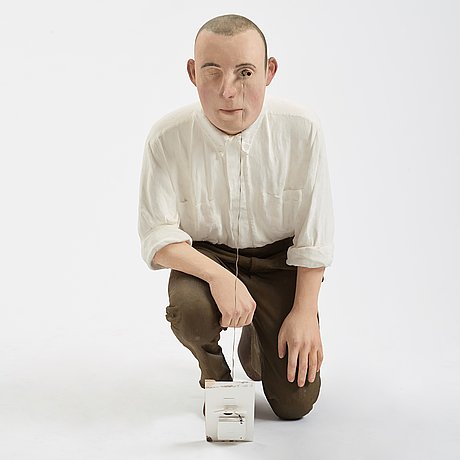 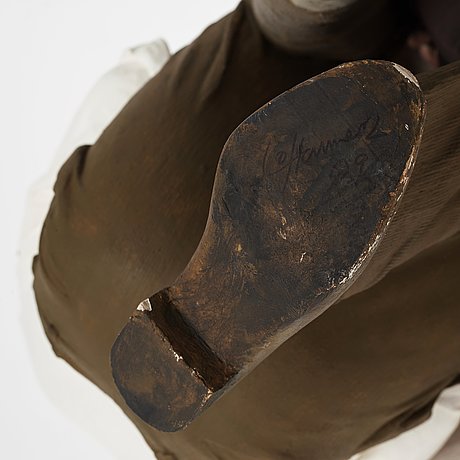 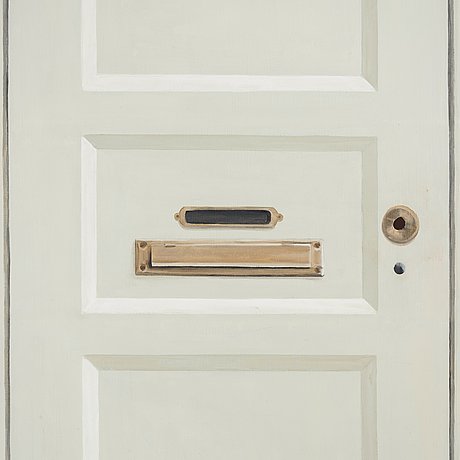 ‘Curiosity killed the cat’ is the old English idiom that Lotta Hannerz employs as the title for her compelling artwork. Being curious can sometimes lead to misfortune, something the inquisitive man in the painting with his friendly mien will soon find out. A ‘cat’-astrophe awaits anyone who plans to get through that closed door. Look through the keyhole yourself, if you dare!
Hannerz’s inventive art plays with proportions, optical illusions and puns. Her paintings often defy their two-dimensional surfaces and transform into three-dimensional objects. We think we understand what we’re seeing, but she tricks us at every turn as we encounter layer upon layer of intellectual stunts and art historical passes. Hannerz artistic practice is founded on her own ‘free’ relationship with the great master of surrealism, René Magritte and the Dadaist Marcel Duchamp. Yet, she has made her own way in an absolutely unique manner.
Hannerz works with paintings, objects, sculptures and installations. Everything bears the mark of a very personal expression, where the titles add yet another dimension to the experience of the works. Her palette is one of soft and inviting colours, matched by the streets and the facades of her current home city, Paris. Hannerz’s interiors are inhabited by her characteristic figures, including the balding man in a light-coloured shirt and the woman with round glasses (suspiciously similar to herself). During her time studying at the Royal Institute of Art in Stockholm Hannerz was a ‘Special Student’ to Erik Dietman, whose influence and inspiration can be seen in her work. Not least in the monumental piece Venu?, a large pointing hand that created quite a stir when it was placed in the middle of ‘Strömmen’ (the part of lake Mälaren that runs through the centre of Stockholm), right outside the Royal Palace, for a few months in 2004.
Lotta Hannerz was educated at Konstfack and the Royal Institute of Art in Stockholm. She has had several solo exhibitions, including at Angelika Knäpper Gallery, Stockholm, and Galerie Claudine Papillon in Paris. When Nationalmuseum in Stockholm put on the exhibition of trompe l’oeil work The Deluded Eye – Five Centuries of Deception in 2008, Hannerz’s work was included. She is also represented in several prestigious collections, for example, at Moderna Museet, Malmö Konstmuseum and at the Kunstmuseum in Bonn.