No connection to server
We use cookies to provide the best possible customer experience. If you continue you accept this use of cookies. Go here to read more.
OK
Contemporary Art & Design 631 Stockholm396398
397
1310960 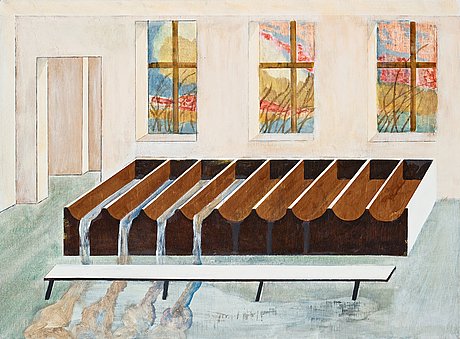 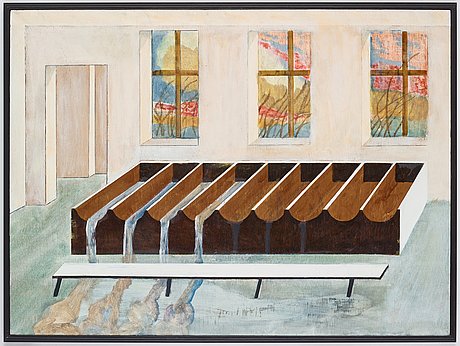 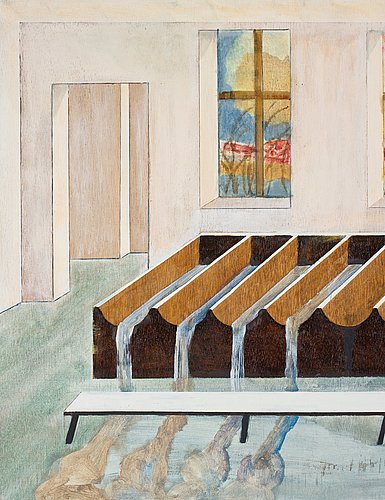 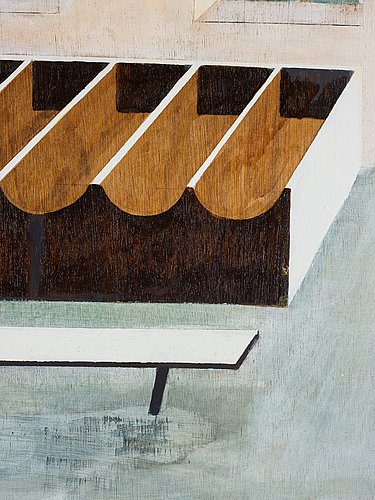 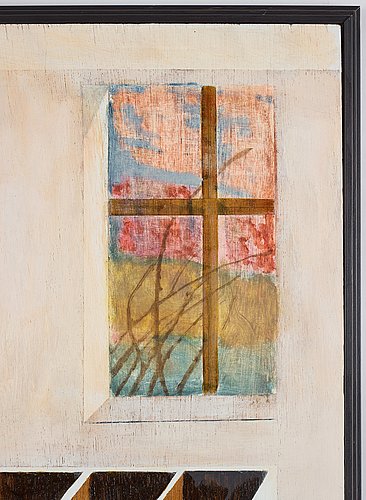 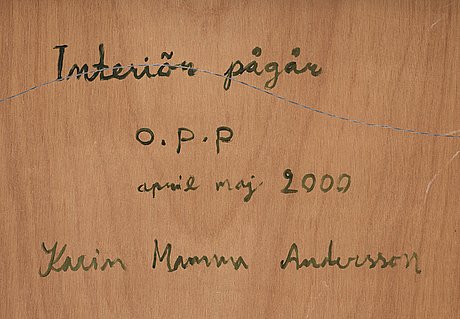 Karin Mamma Andersson takes the viewer on an odyssey, travelling beyond everyday realism and into parallel worlds where figures either inhabit or have just vacated dream-like rooms and landscapes. All of it might seem familiar, but look a little closer and you will see that things aren’t what they first appeared to be.
Ann-Sofi Noring, then head of Art & Learning at Moderna Museet in Stockholm, wrote in the catalogue produced for Mamma Andersson’s 2007 solo show at the museum that: “Karin Mamma Andersson knows where she comes from. She is firmly rooted in one place, in one origin, and thus has the ability to travel with ease and a keen sense of observation to other destinations in both time and space.”
Perhaps it is with a steady grip on reality that you might dare to travel farther. Perhaps you venture a little further still if, as an artist, you might then know where you’ve come from?
Mamma Andersson’s work is unique and highly personal. It is grounded in the northern Swedish landscape and in a strong tradition of Nordic landscape painting, as well as in the figurative and Naïve art of her early 20th century predecessors.
Her paintings elegantly demonstrate how the whole can become greater than the sum of its separate parts. It is in the synergy between past and present, between awareness and dream; it is in these encounters that her painterly worlds are born through a series of long retakes. They often have a melancholic trait – as if when faced with the paintings we remember something, a dream or a fragment of a memory flickering past so quickly that we don’t manage to grasp or define it.

The painting in the auction, Grottekvarn [Treadmill], immediately sets your thoughts wandering. The imagery is otherworldly. Outside the windows a beautiful Northern landscape stretches out. If we look again we notice that four of the benches in the sterile room are being flooded. The water pouring out is creating individual little streams in the foreground of the painting. Despite the flooding the painting is imbued with calmness and forces you to stop – to breathe a little.
What does Mamma Andersson have in mind with “Grottekvarn”? During an interview in the daily Svenska Dagbladet from 2007, she uses the term ‘grottekvarn’ when describing how it stresses her that she hasn’t had time to read or see everything that should be read or seen right now. That is why she prefers to read the already established classics, “those who have gone through the Grótti mill”.
In Nordic mythology Grótti is the world mill that grinds out gold and regulates the movements of the stars. The mill can also grind out peace and prosperity or war and doom. The Song of Grótti is included in the Poetic Edda and inspired the Swedish 19th century writer Viktor Rydberg to write “The New Grotti Song”, in protest against factory working conditions at that time.

After having represented Sweden at the Venice Biennale in 2003, which gave Mamma Andersson her real media breakthrough, her work has been shown in numerous prestigious contexts internationally. She is one of the few Swedish artists represented by a gallery not only in Sweden but also in London and New York.

The painting “Grottekvarn” was chosen for the Carnegie Art Award in 2000.