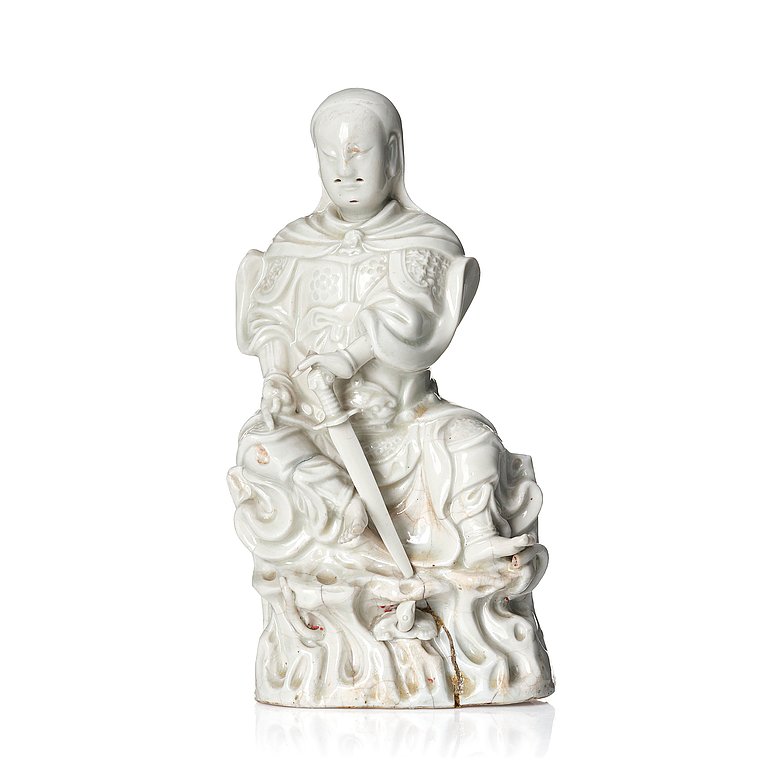 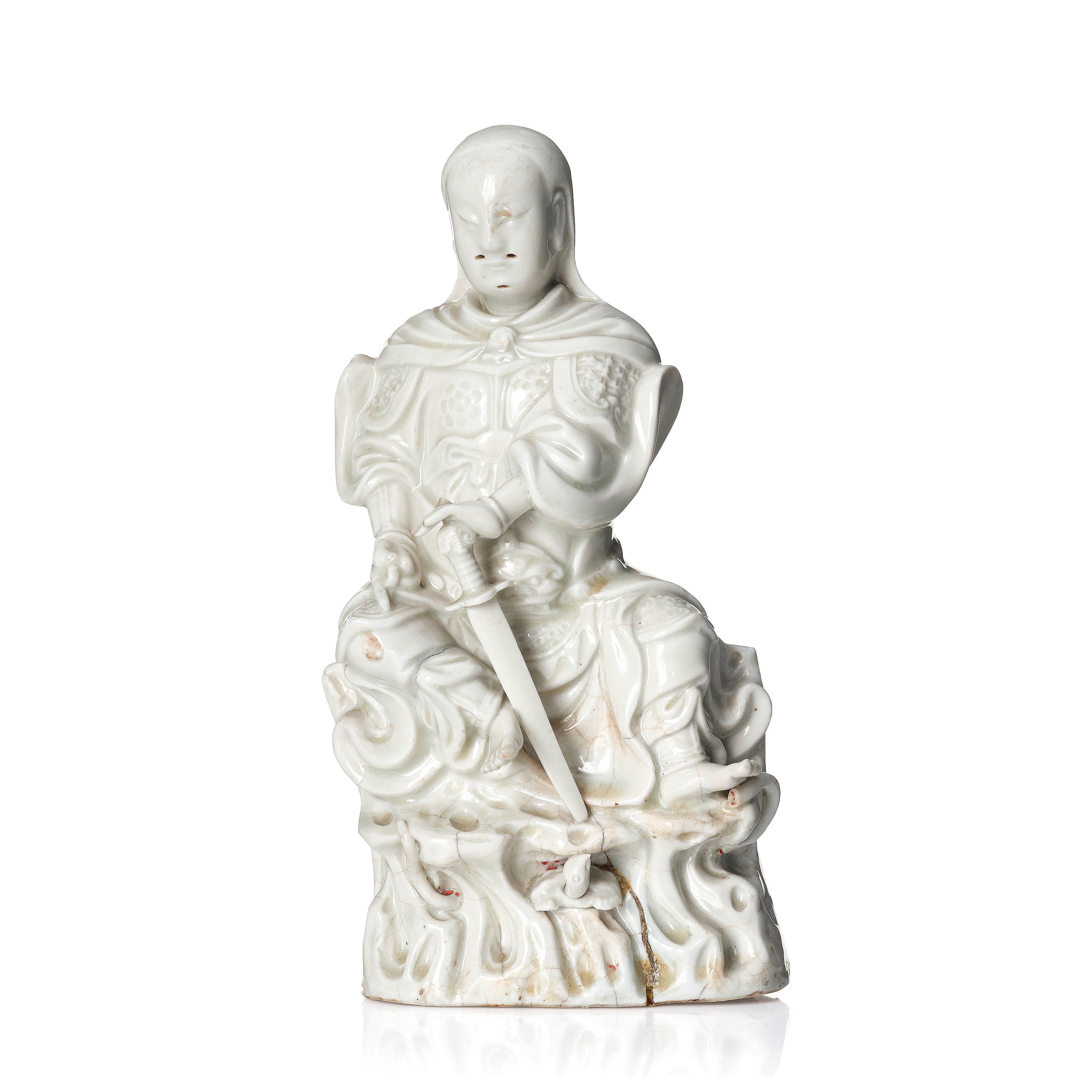 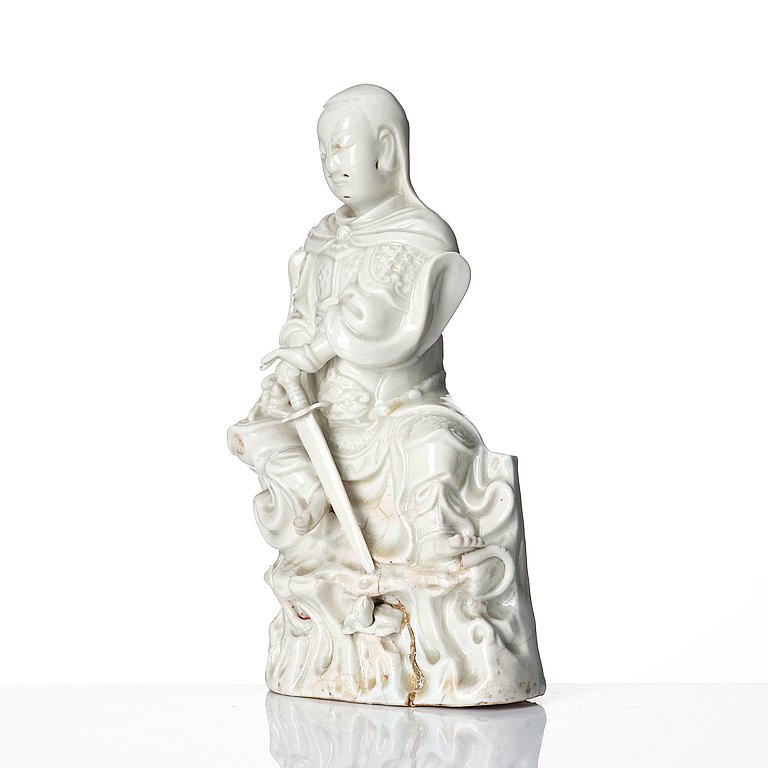 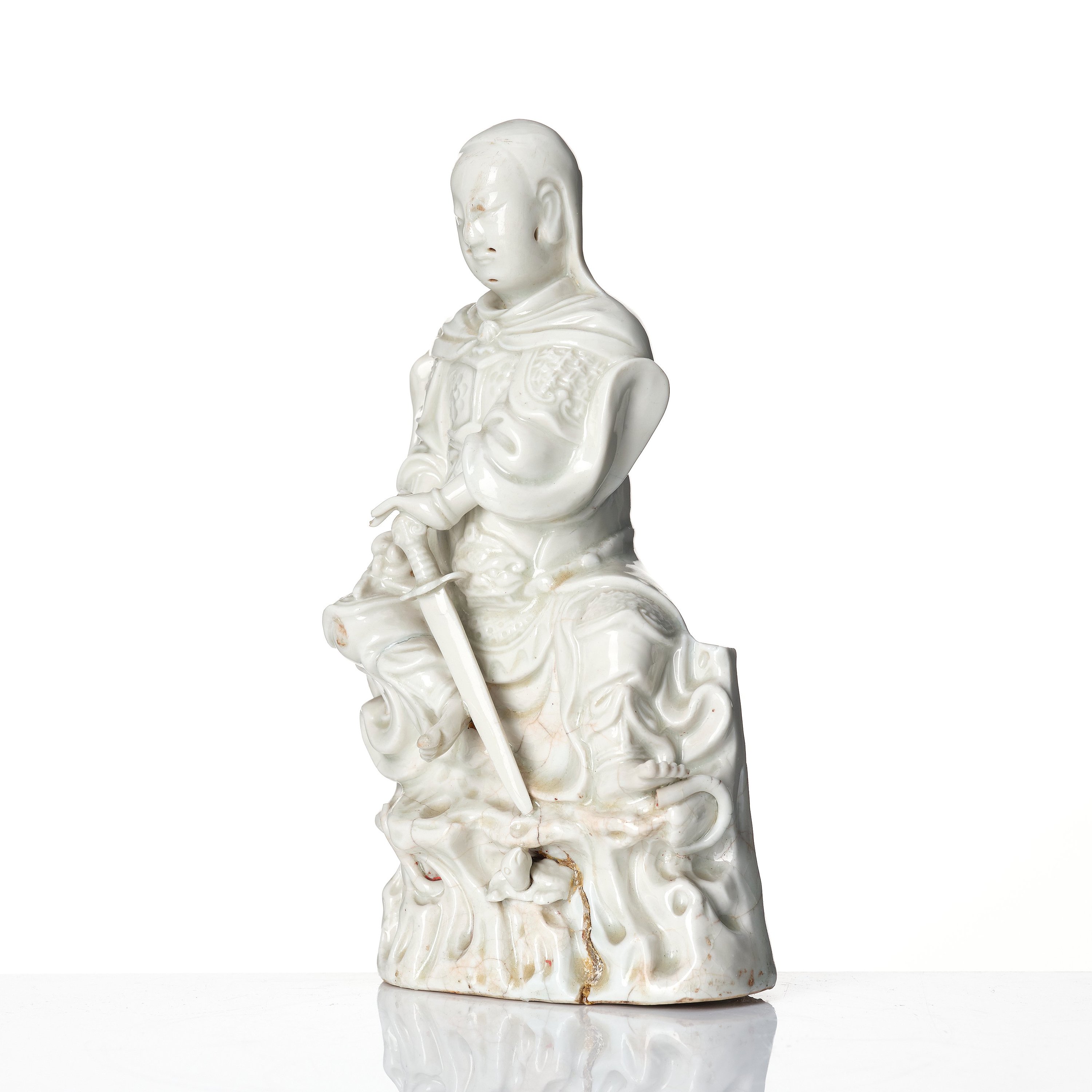 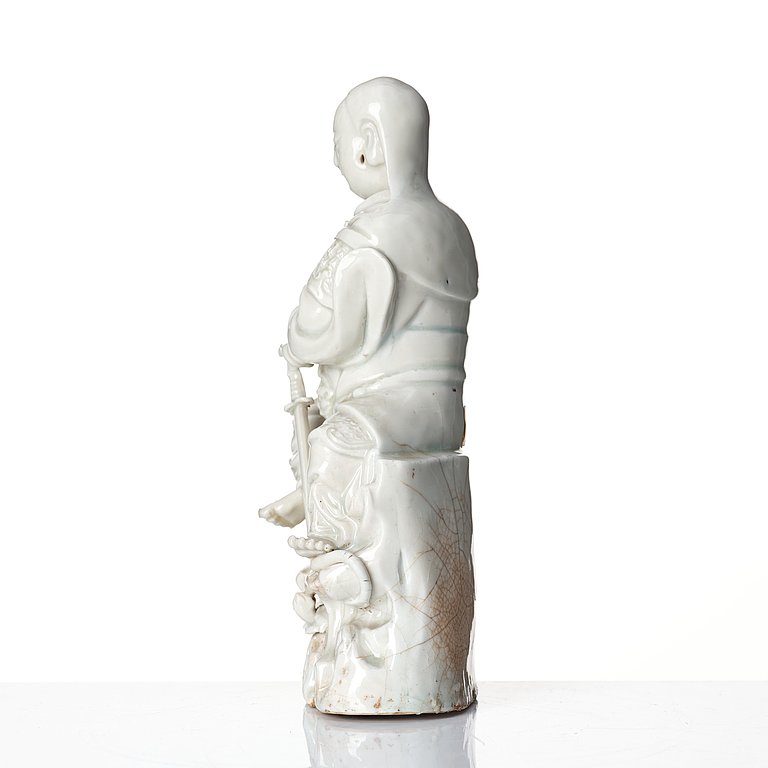 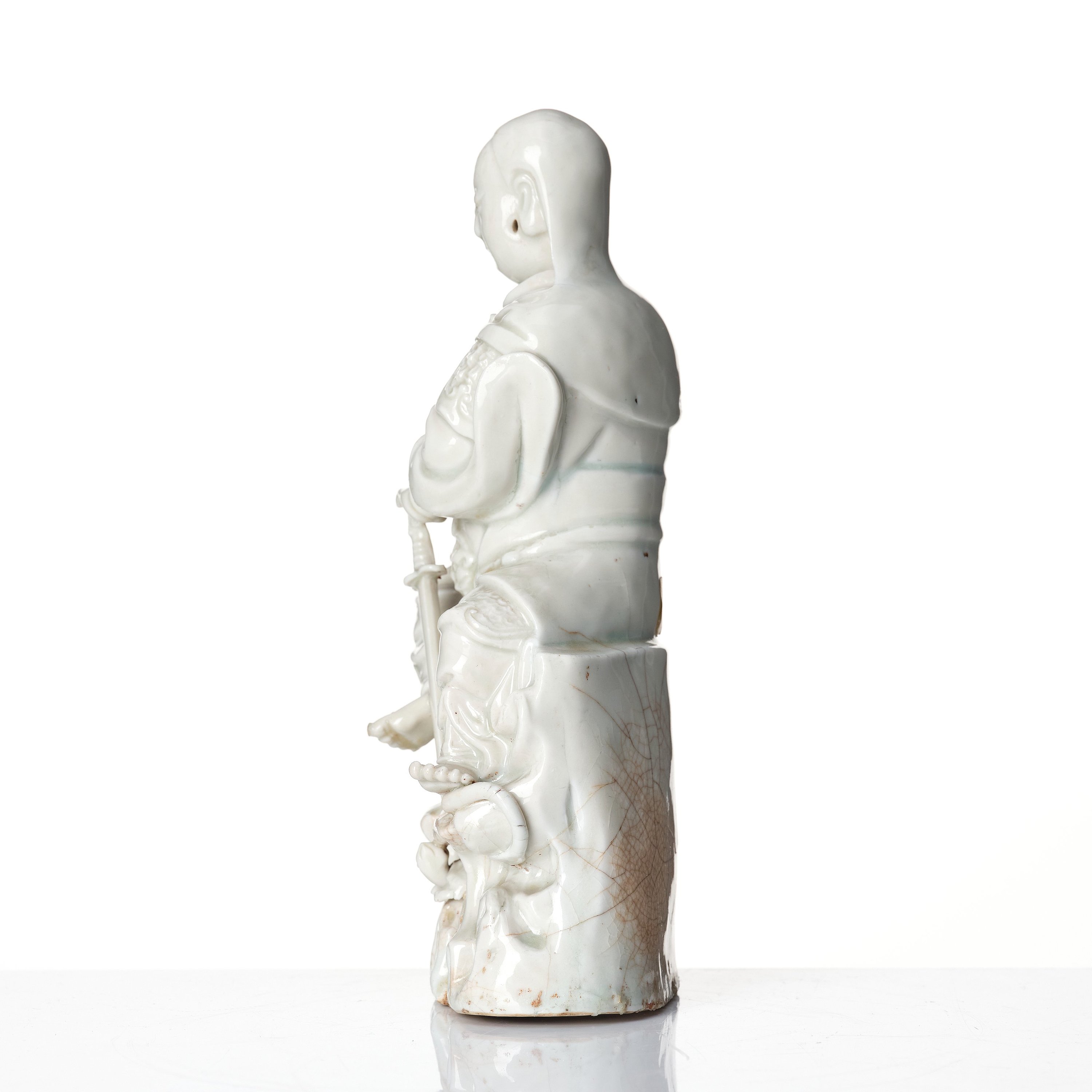 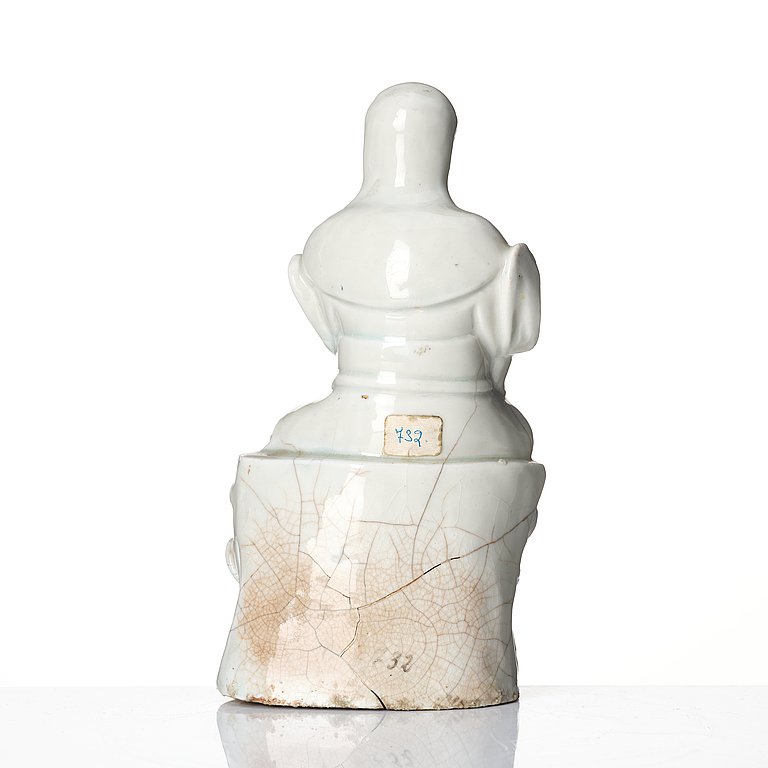 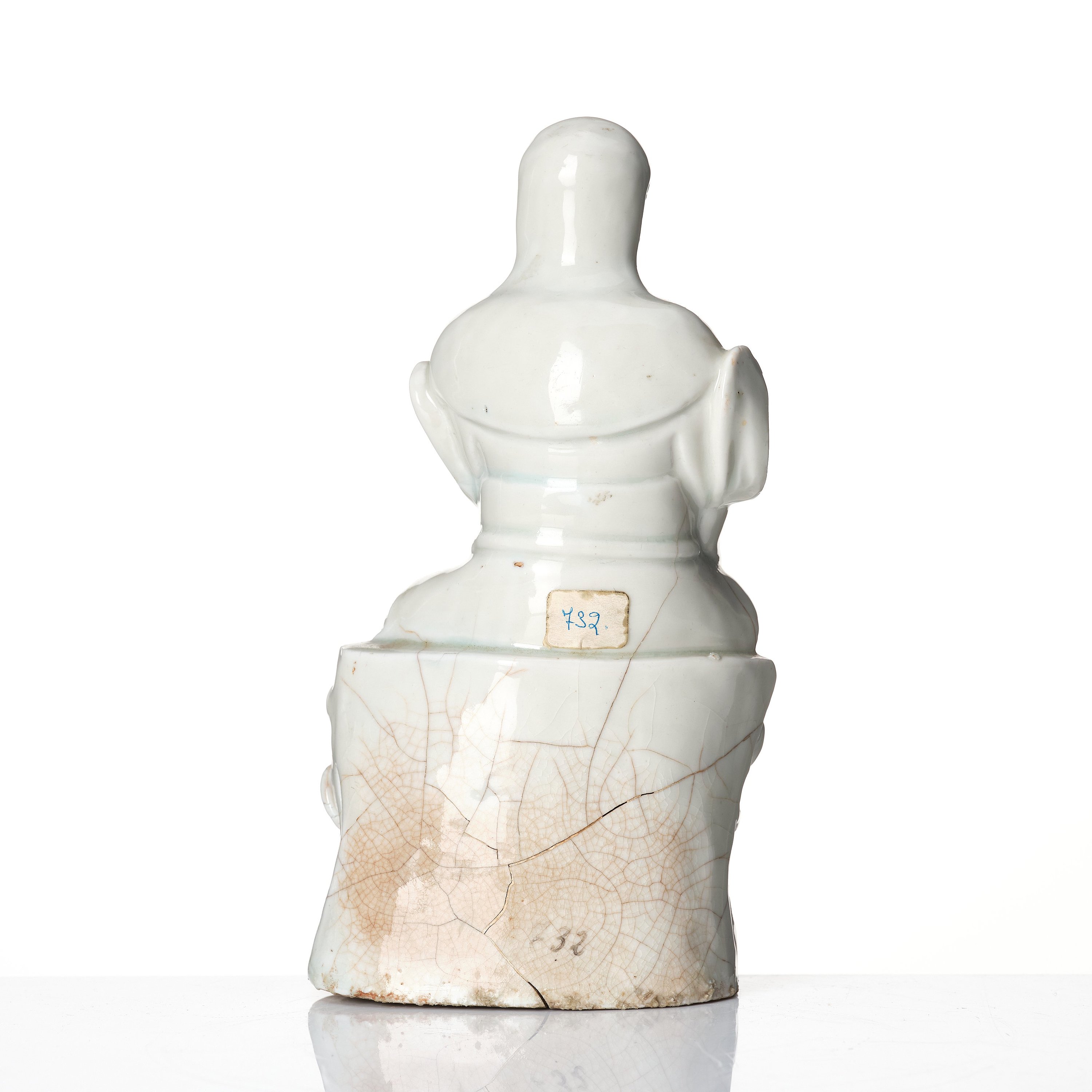 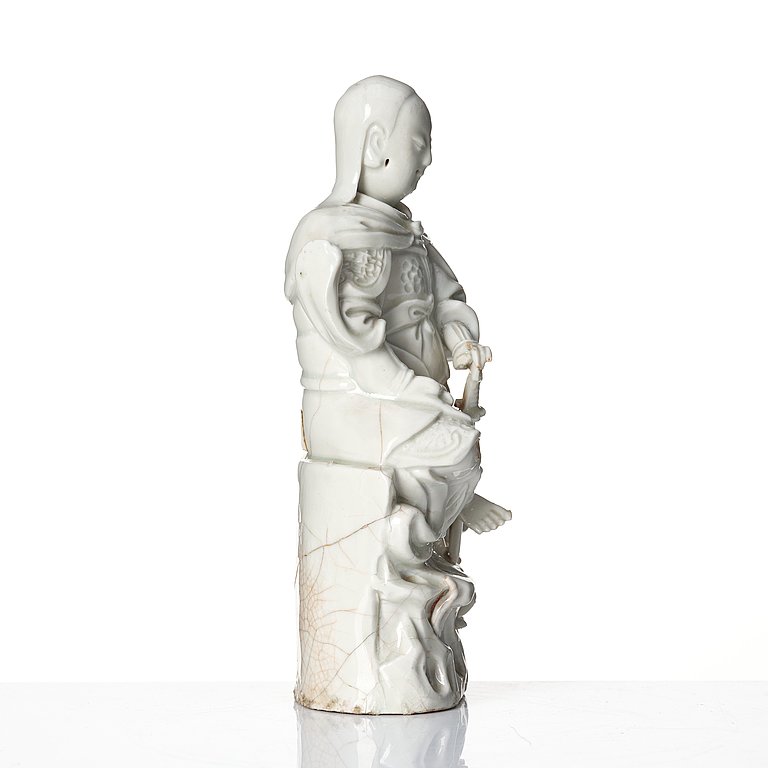 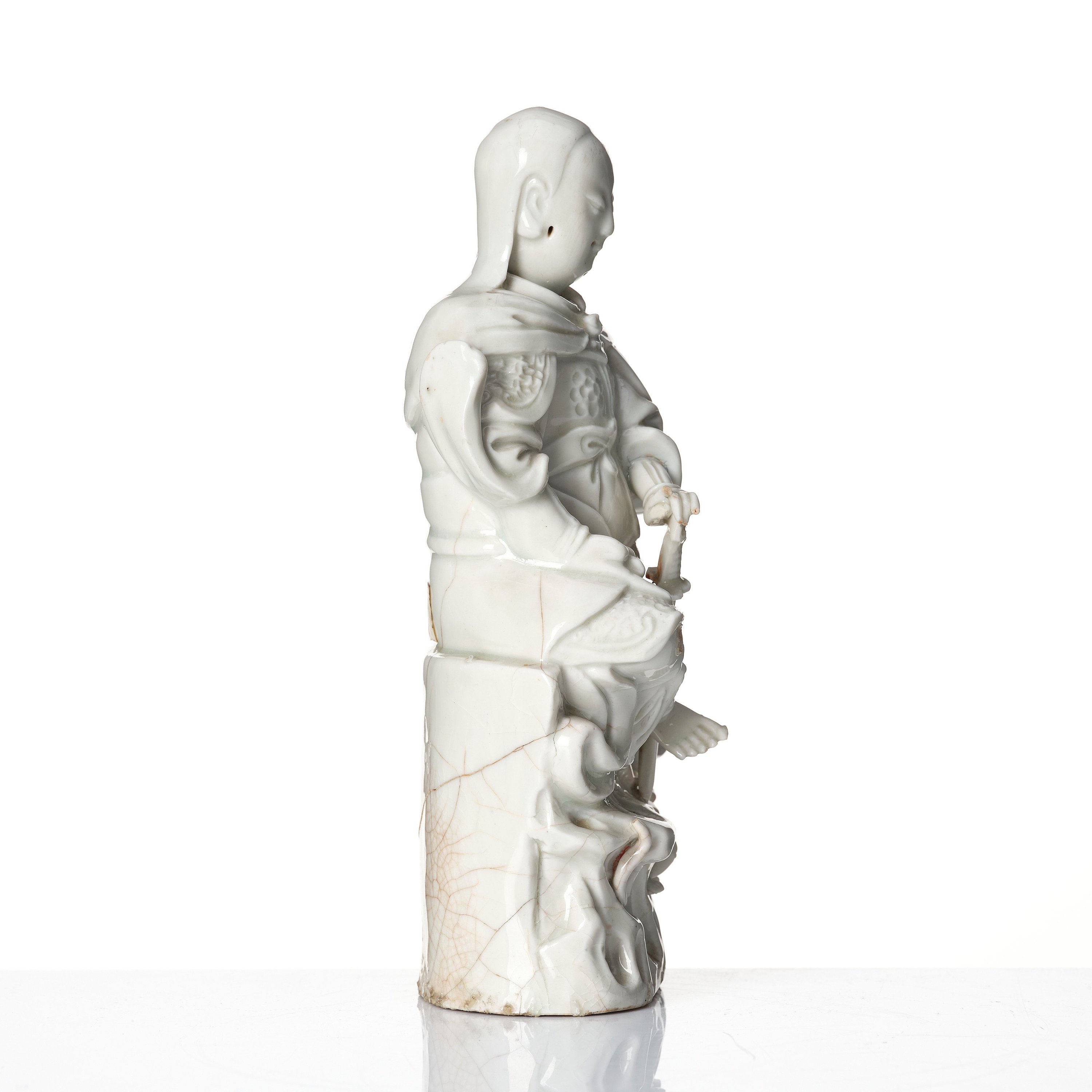 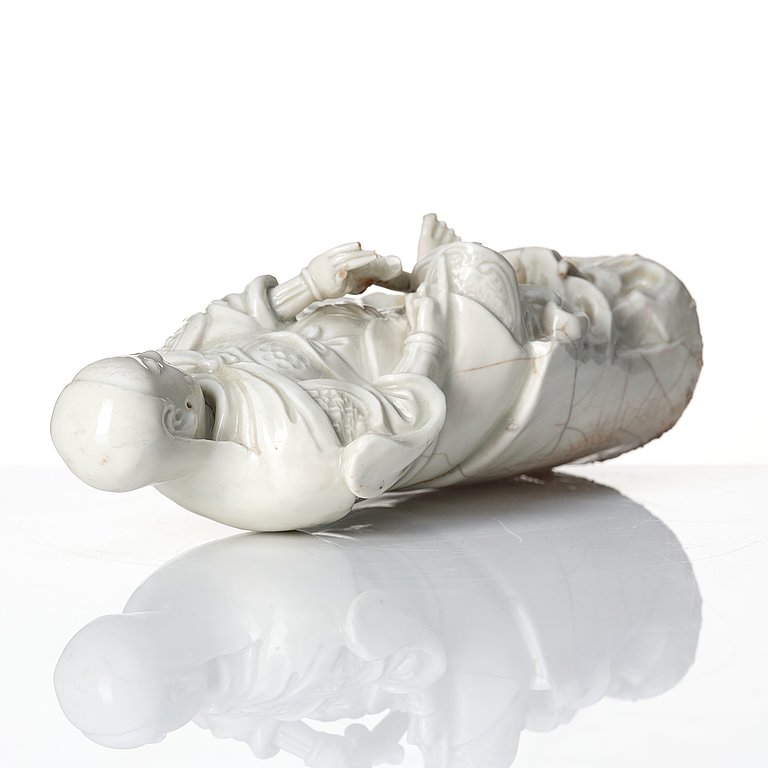 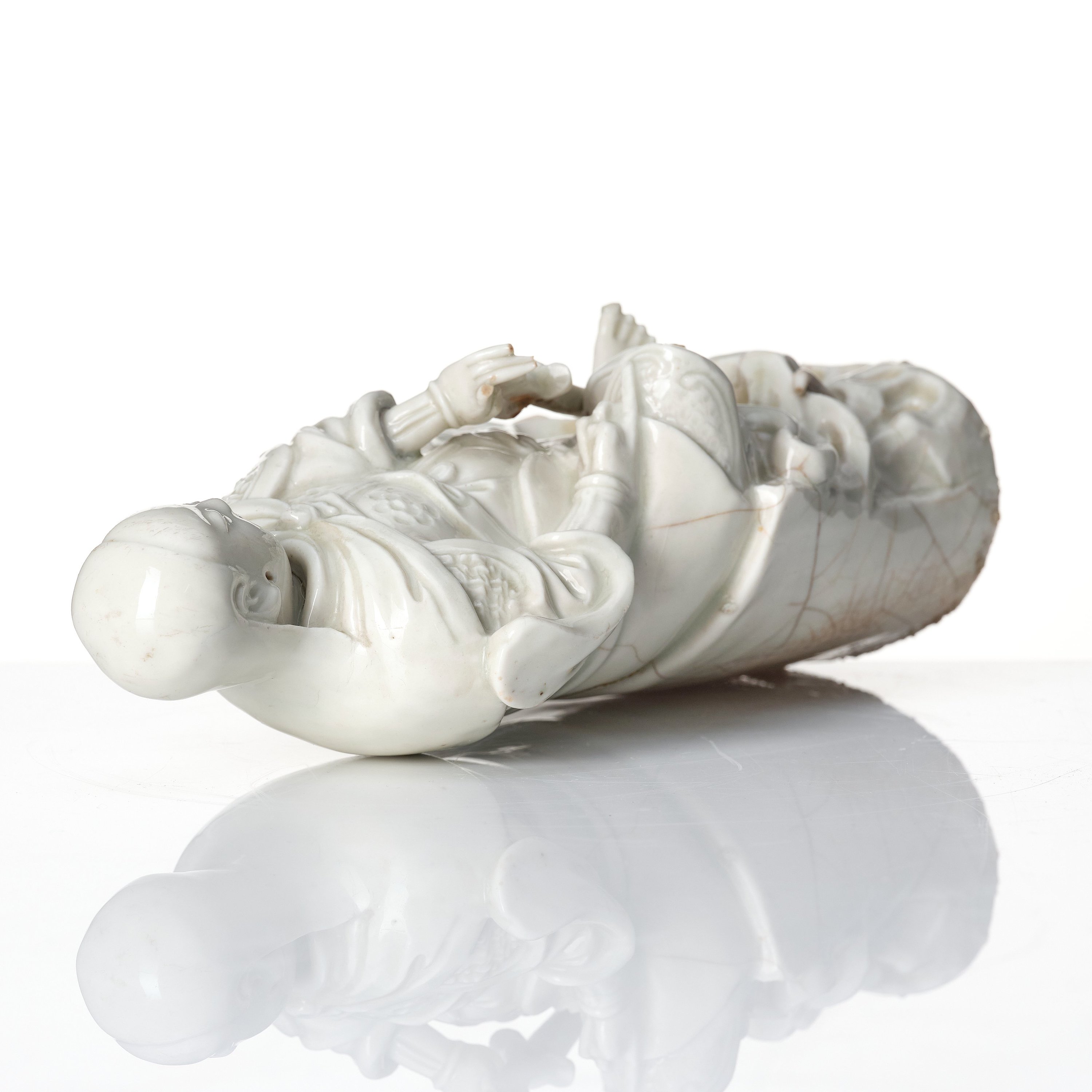 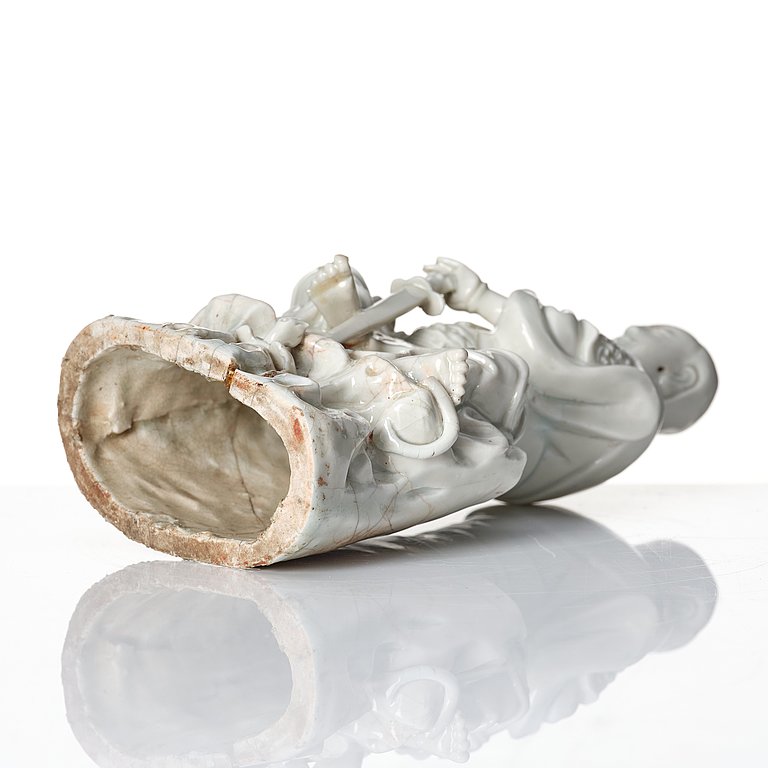 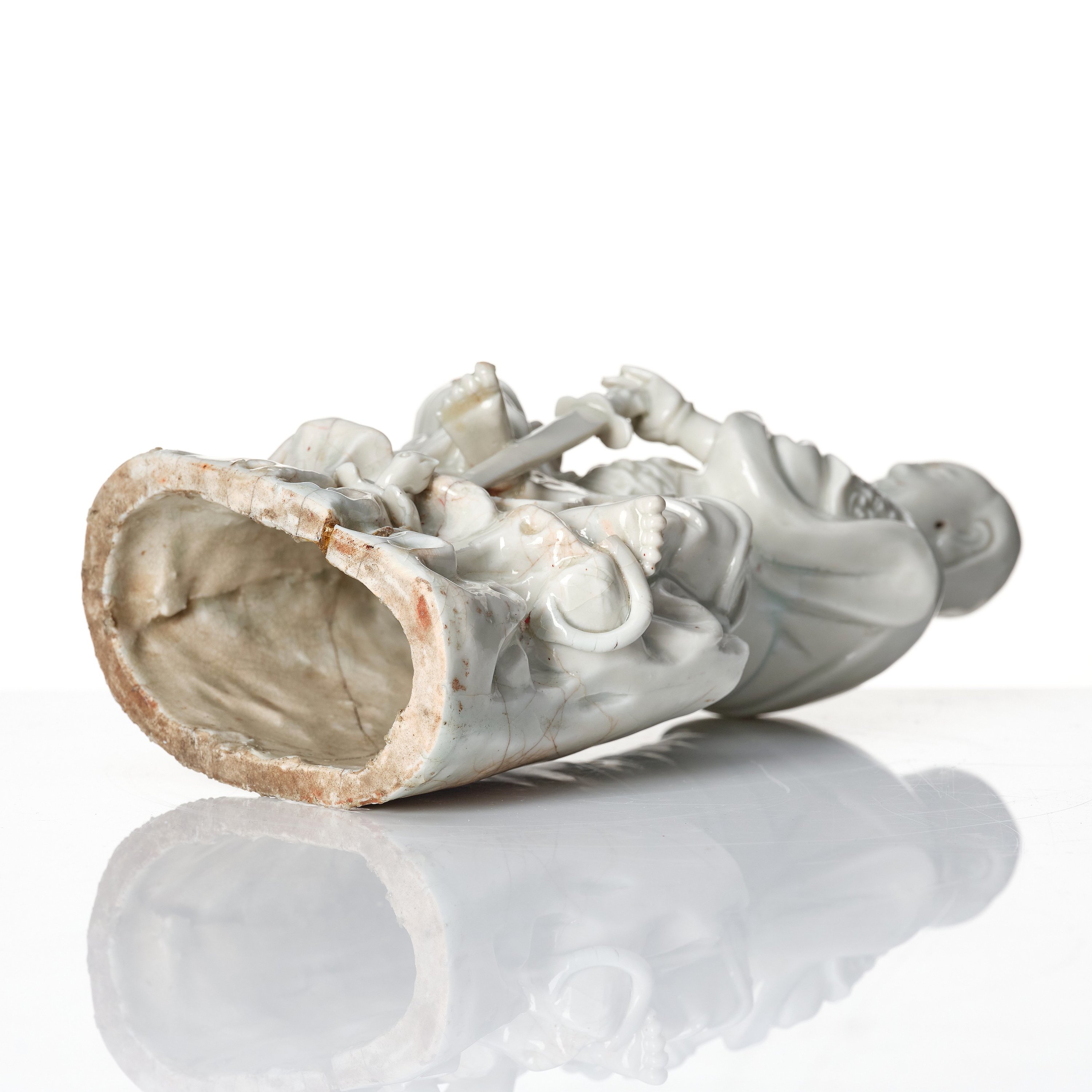 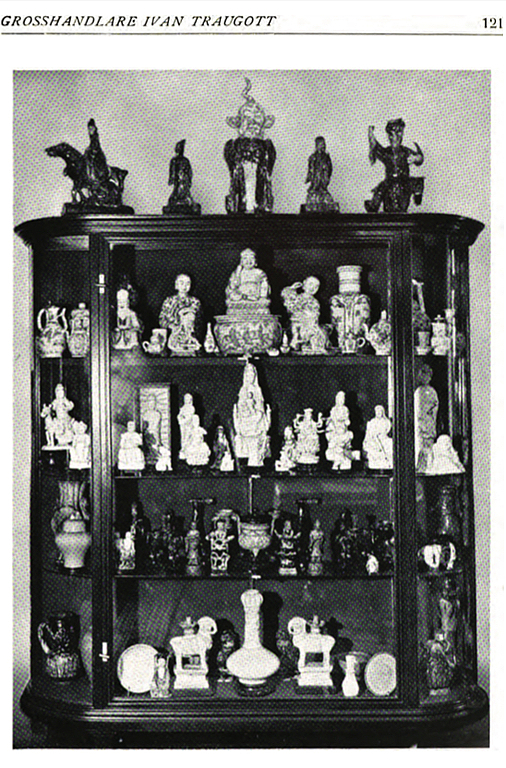 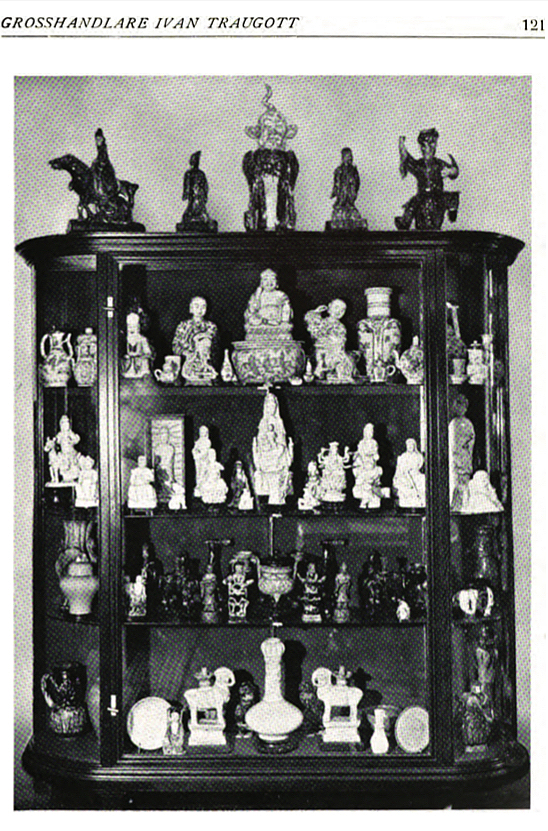 The figure is modelled with a downward gaze. The armour is detailed and the folds of the fabric are finely depicted. His right hand is making a downward sign and his left hand rests upon his sword. He is seated in a powerful stance on a rocky base above a turtle and snake nestled in a grotto. Height 24 cm.

Cracks. Fingers and part of the snake missing. Firing defects.