No connection to server
We use cookies to provide the best possible customer experience. If you continue you accept this use of cookies. Go here to read more.
OK
Important Winter Sale 645 Stockholm818820
819
1411310 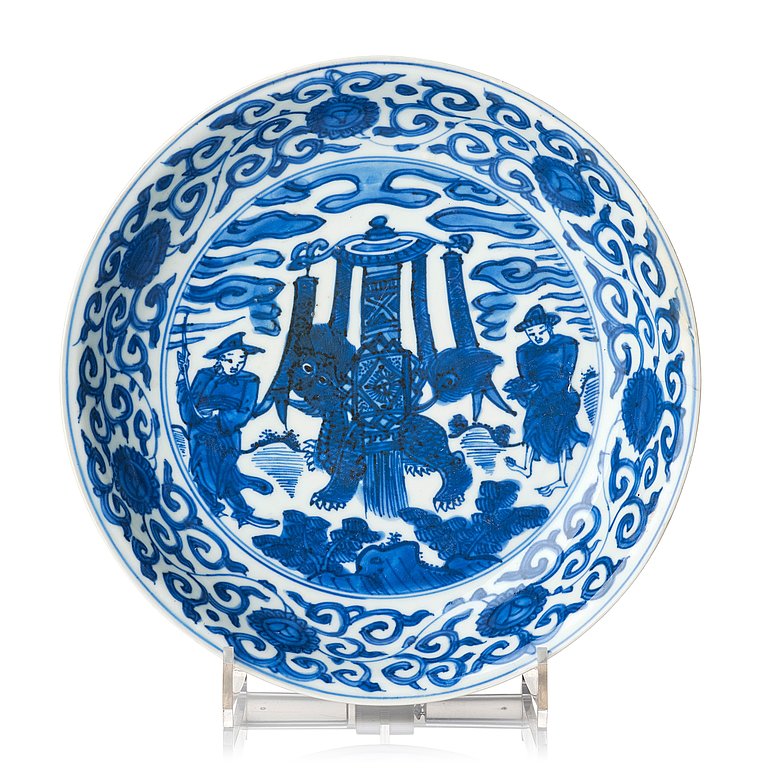 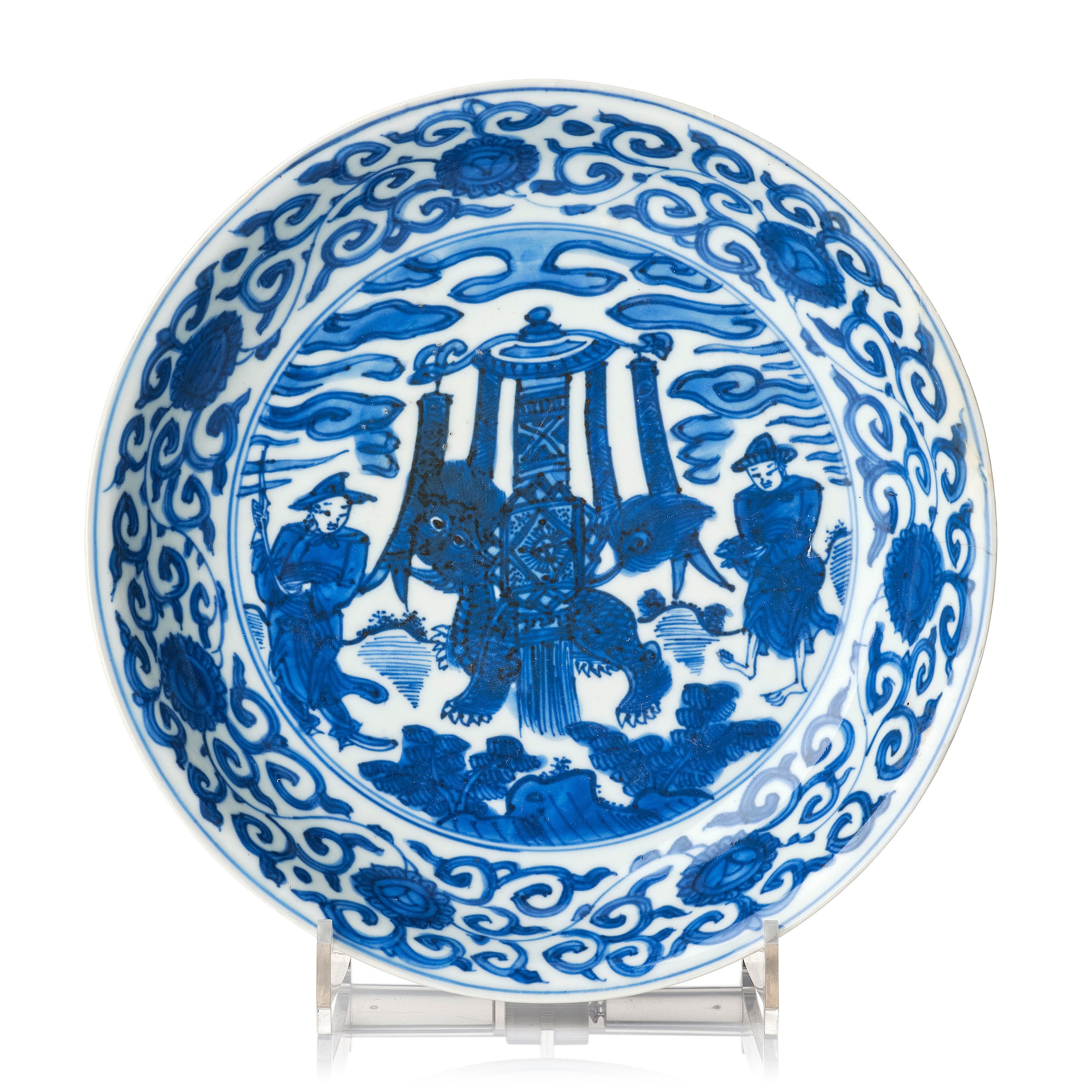 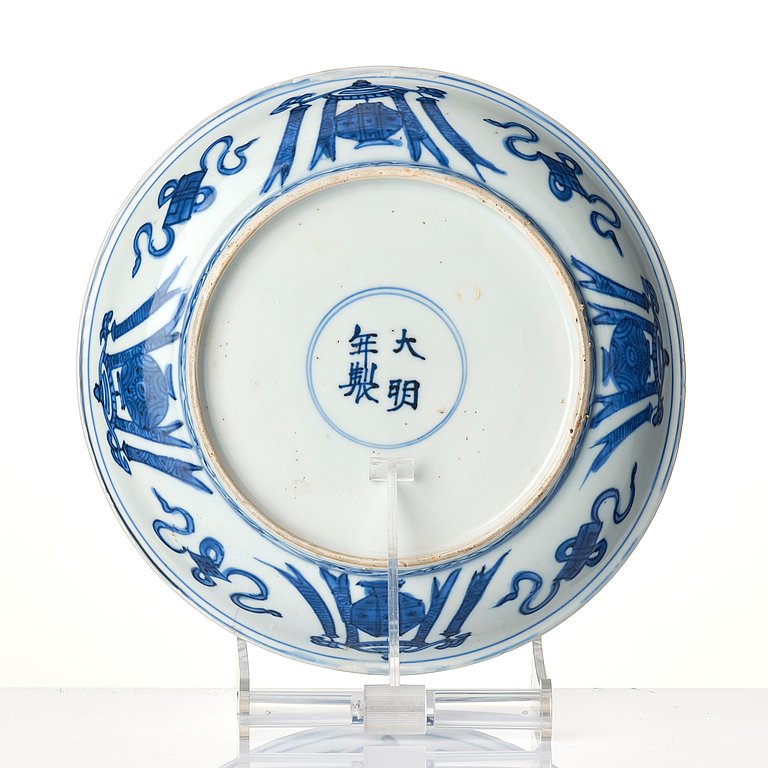 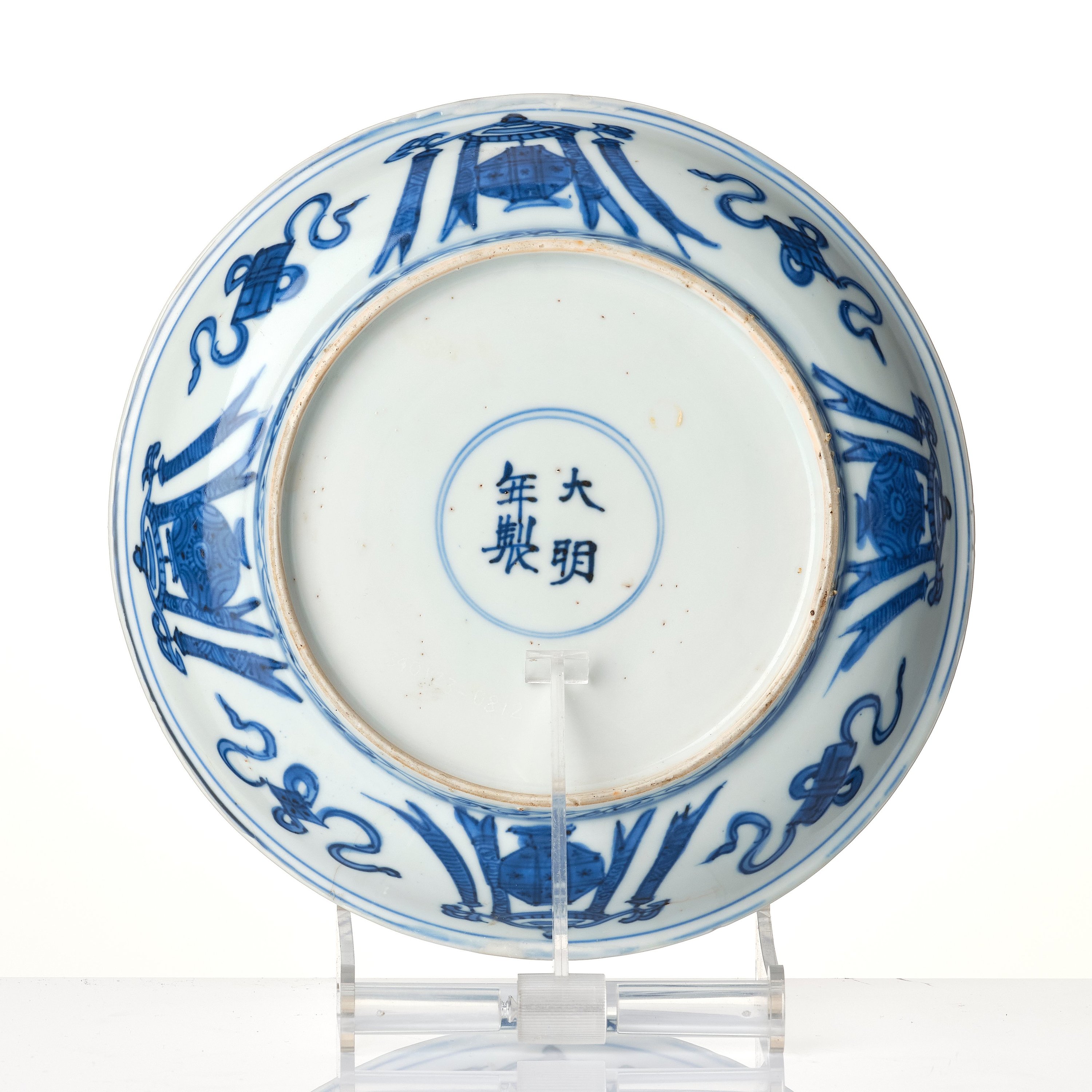 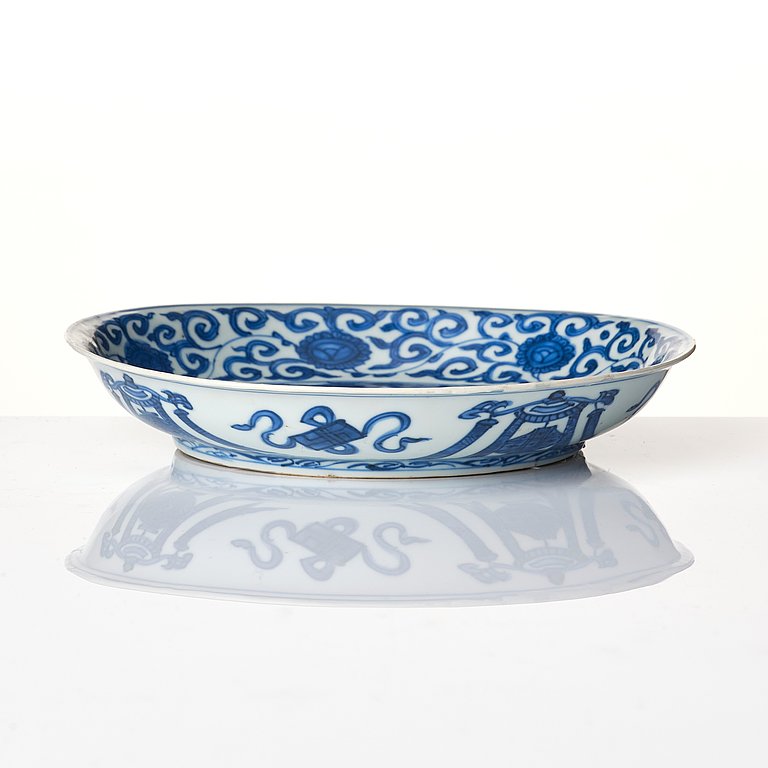 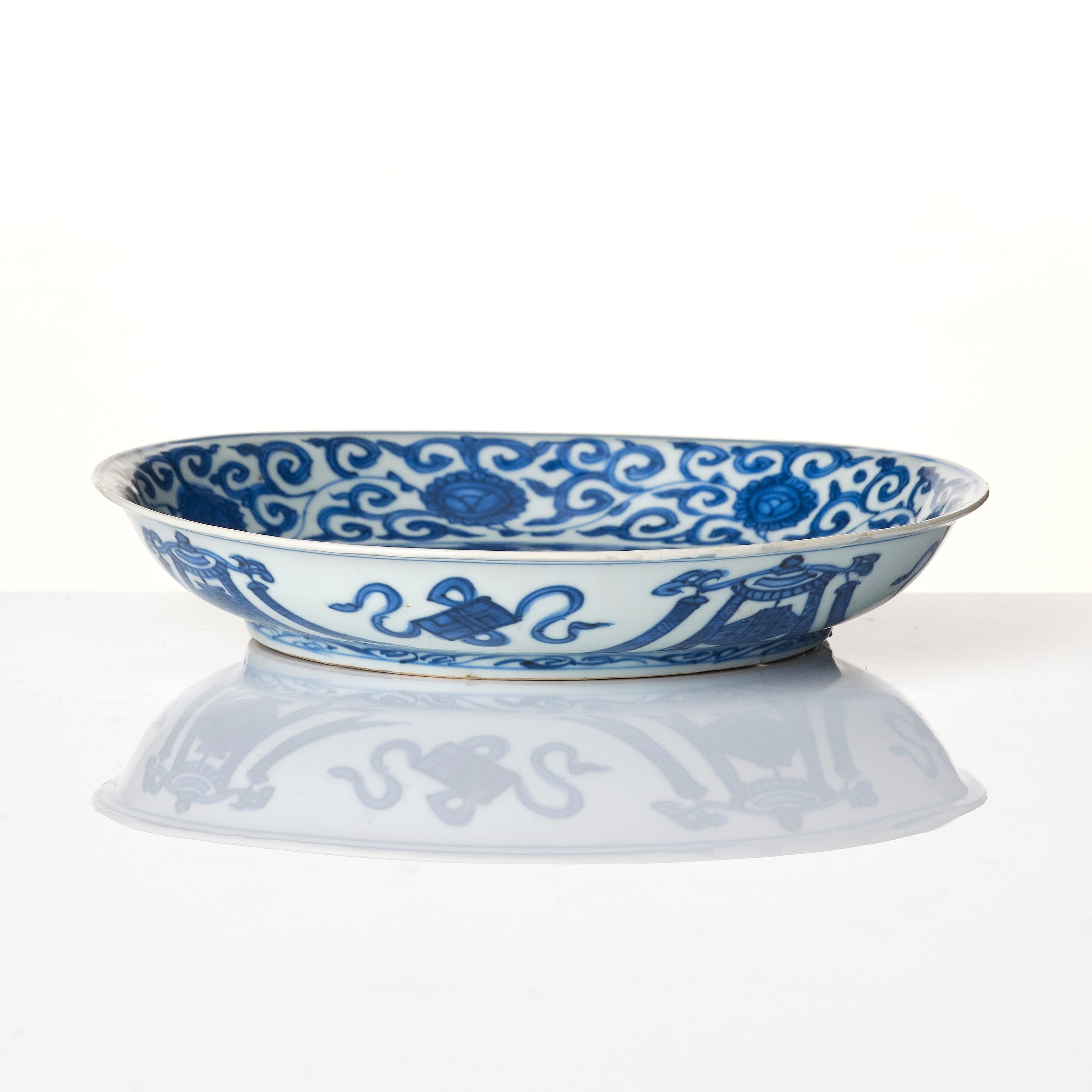 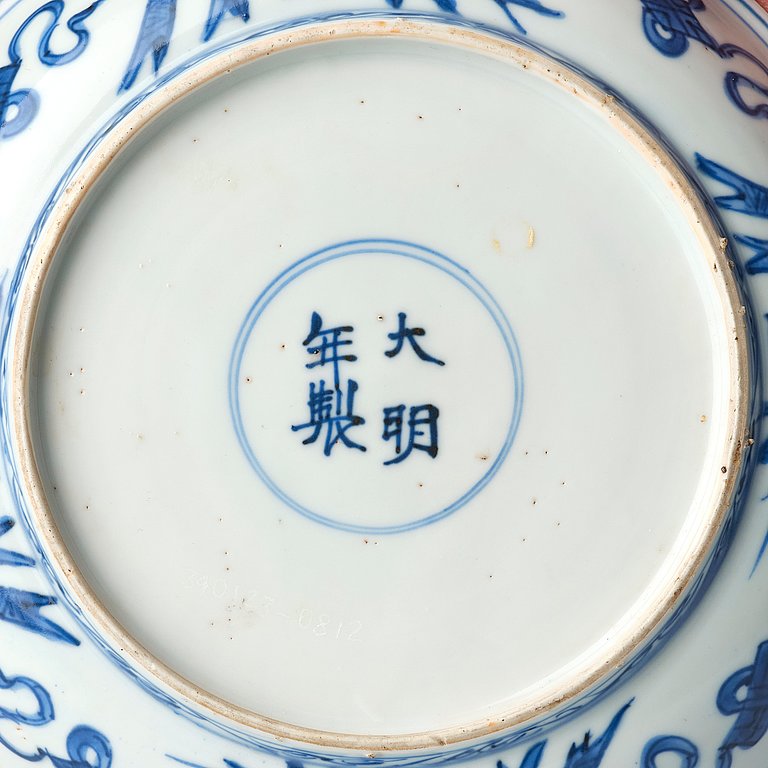 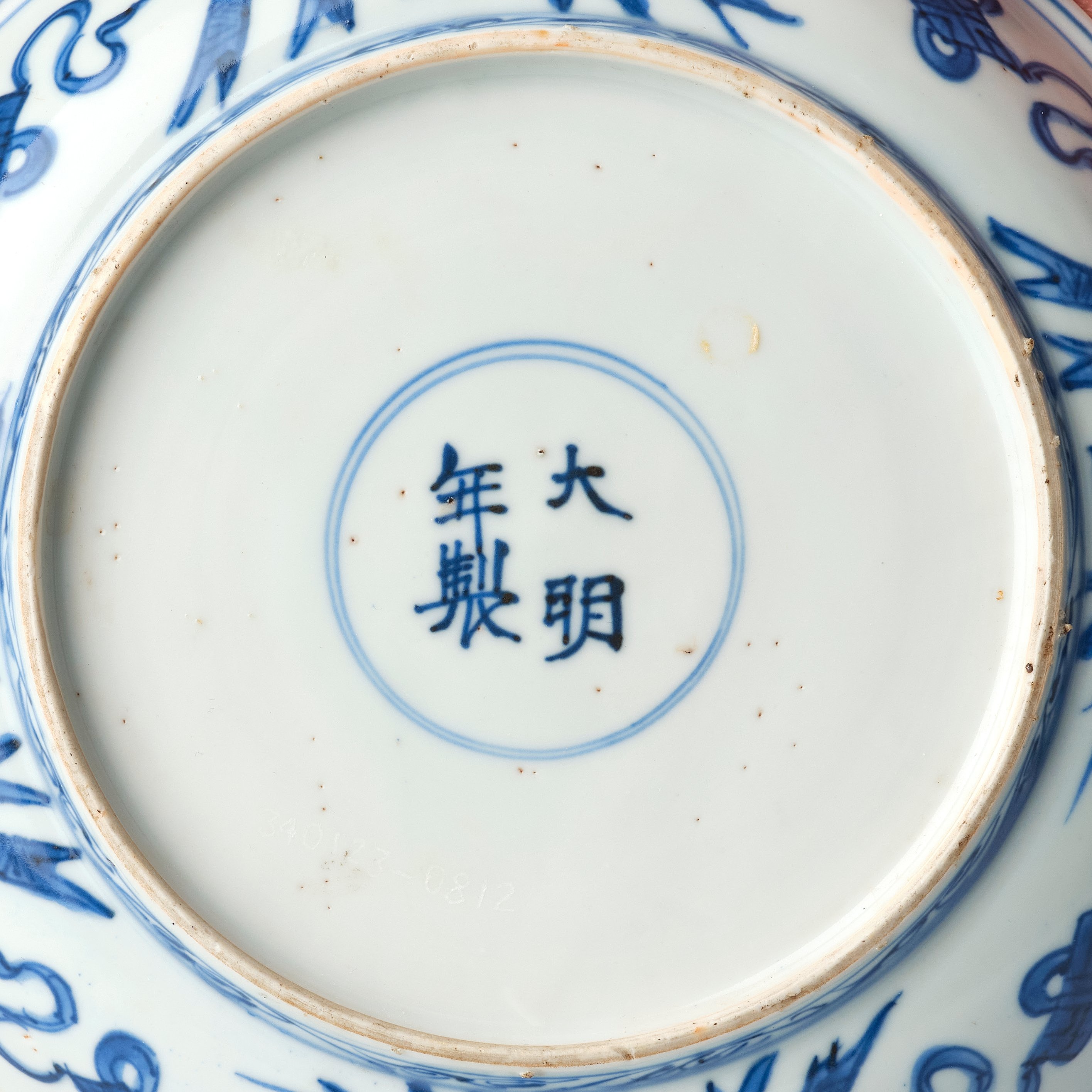 Painted in vivid tones of underglaze blue with a qilin supporting on its back an elaborate canopied lantern, flanked by two male attendants, framed within a double-line border, the rim with a band of scrolling lotus and foliage, the underside with four precious objects divided by lanterns, the base with a four-character Da Ming nian zhi mark within a double circle. Diameter 16.5 cm.