A large seated bronze figure of Budai, Ming Dynasty, dated to the fifth year of Jiajing (1526). 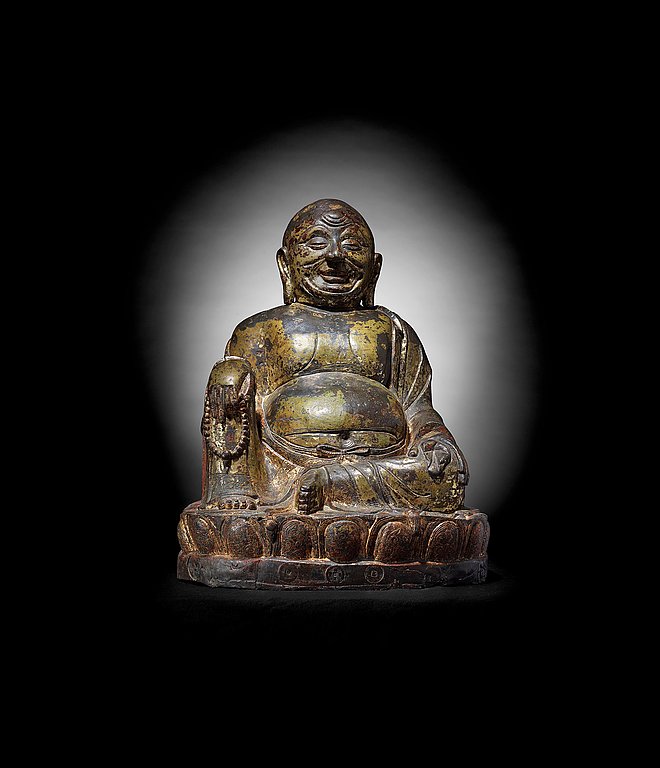 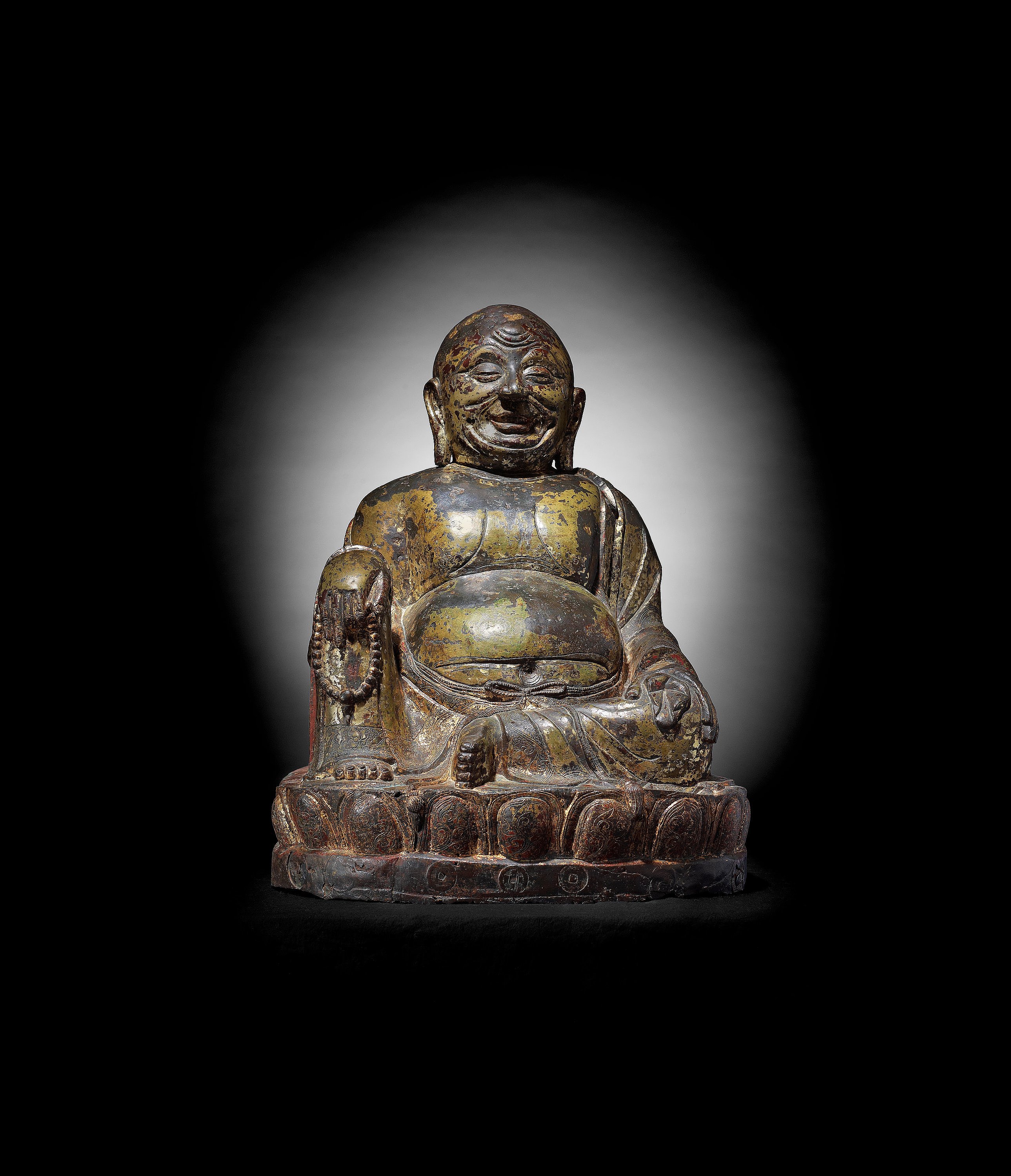 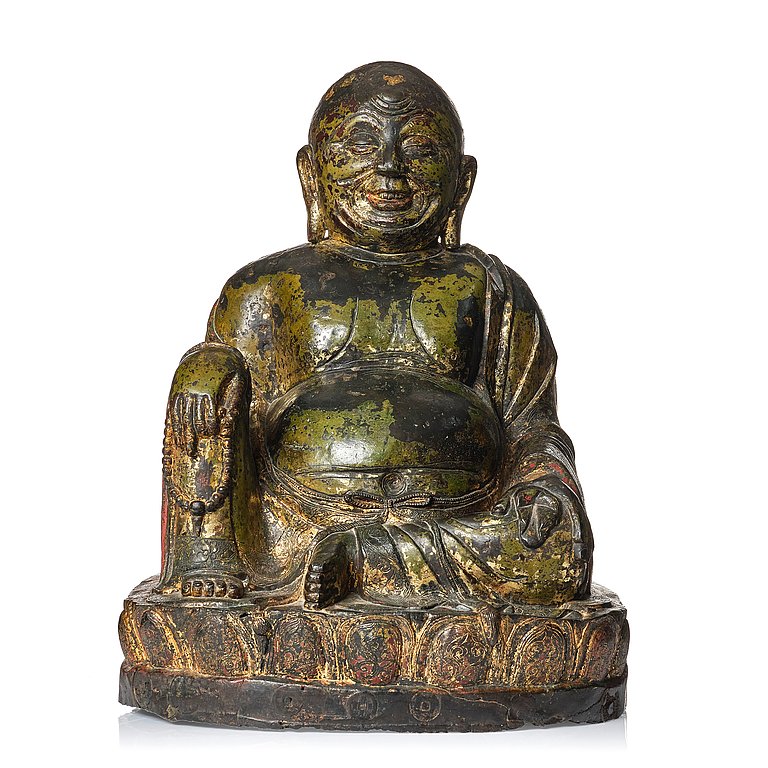 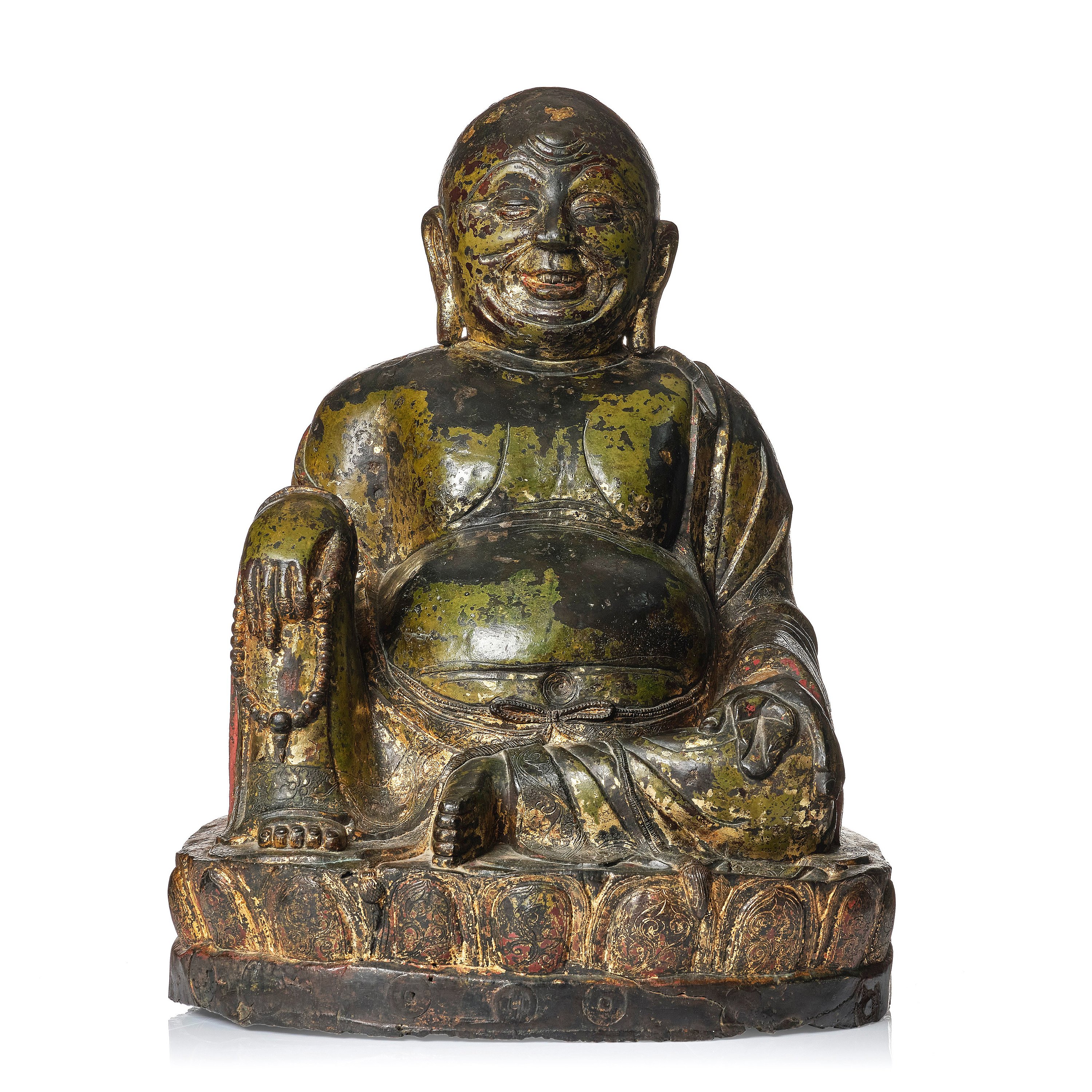 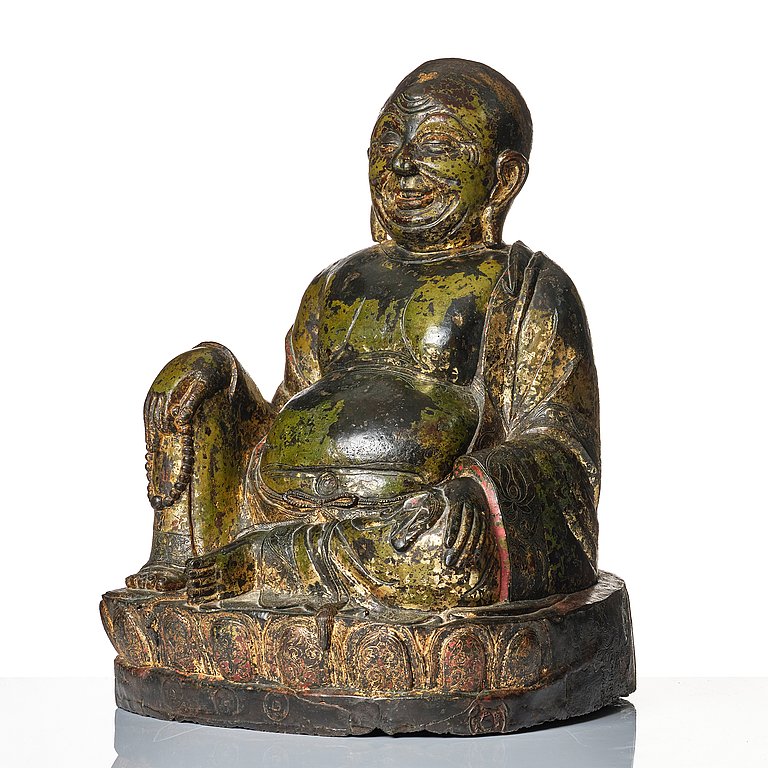 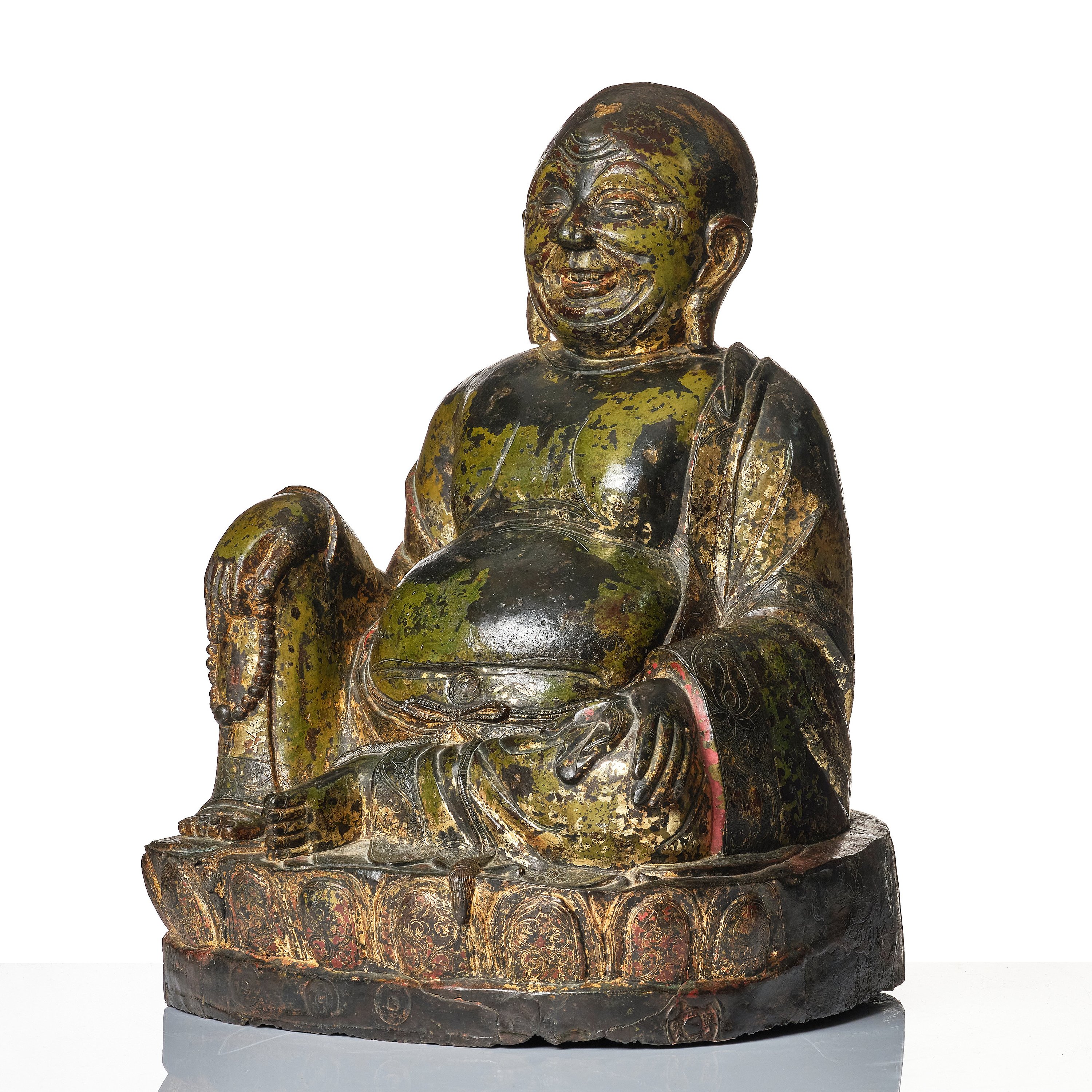 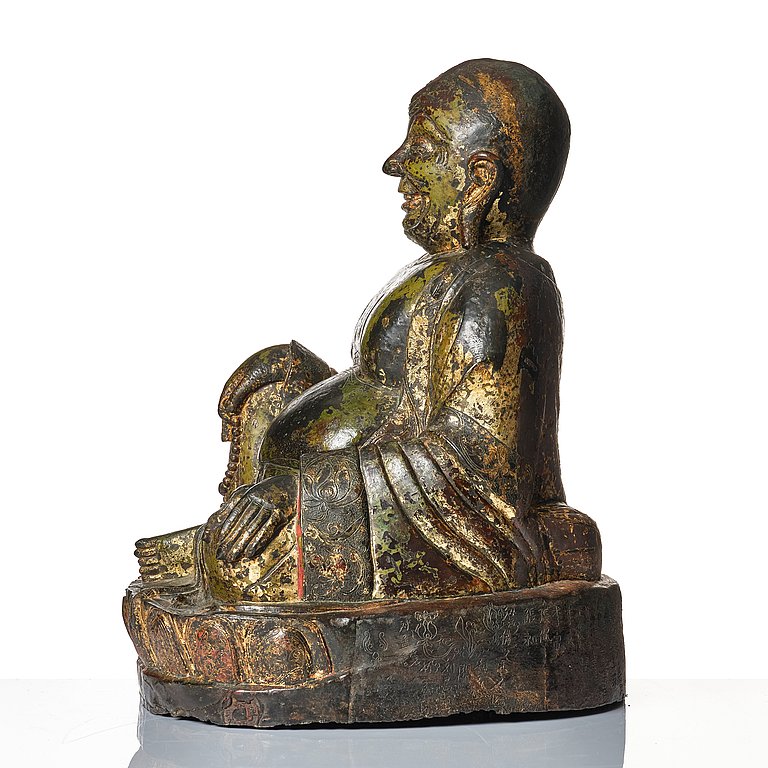 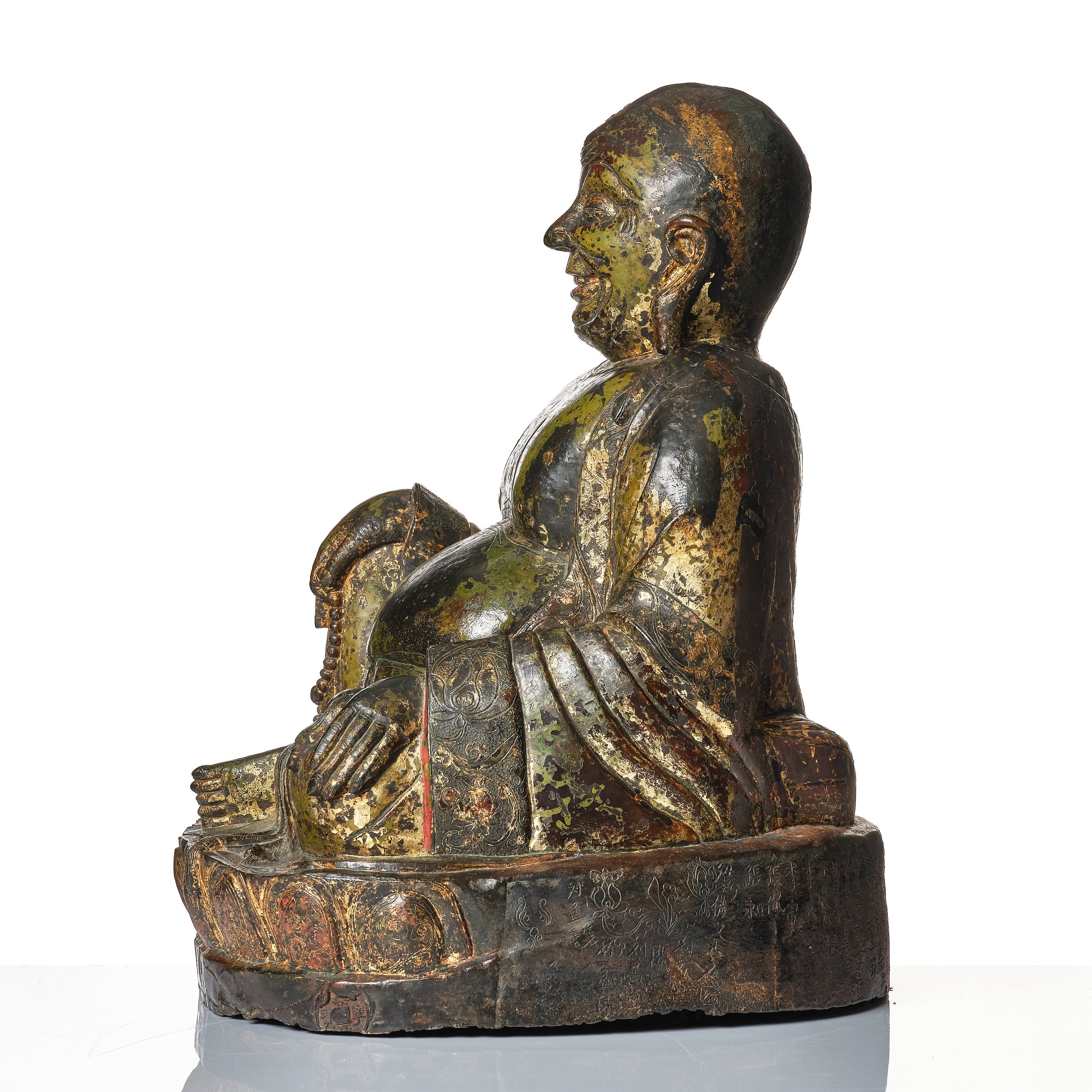 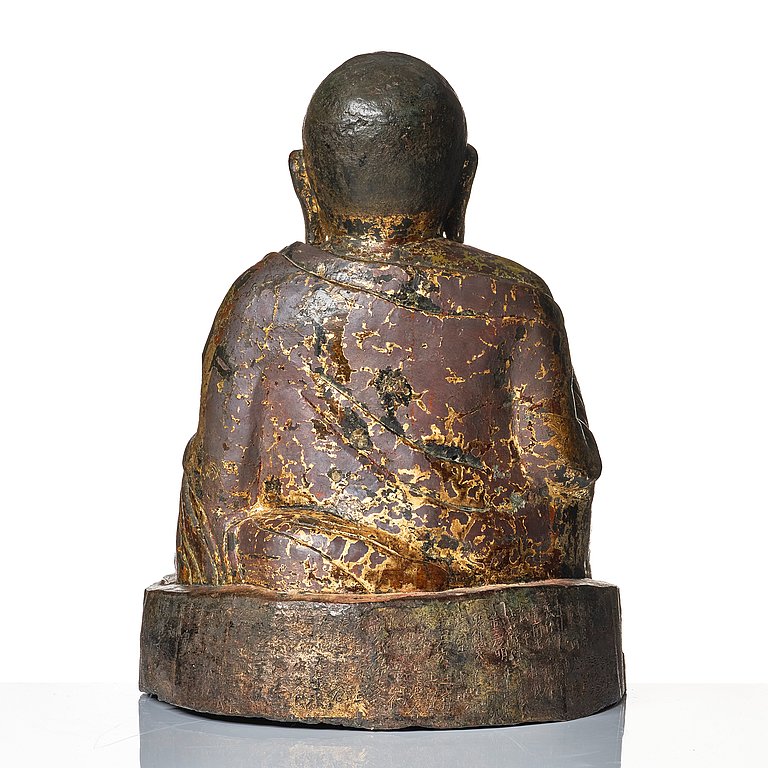 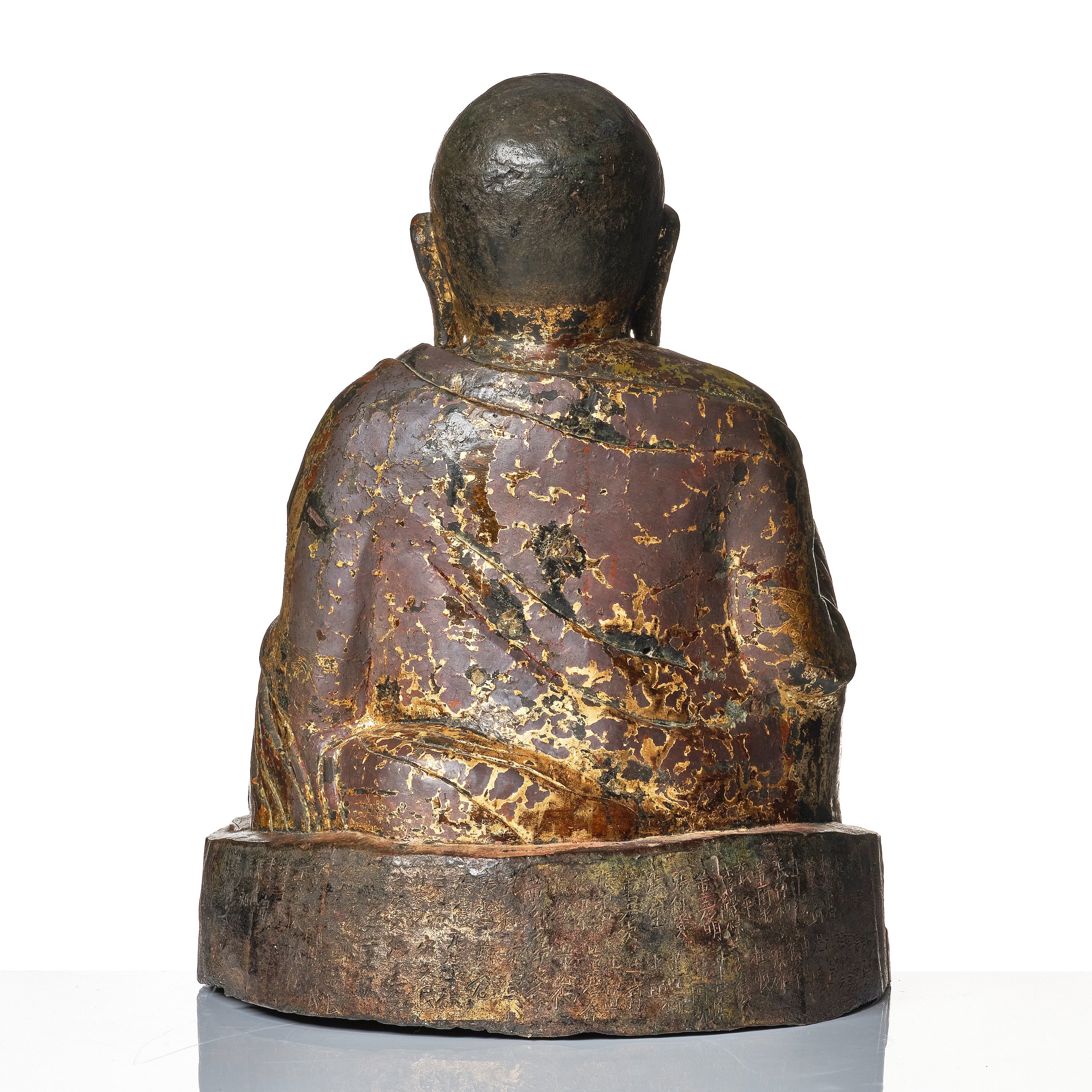 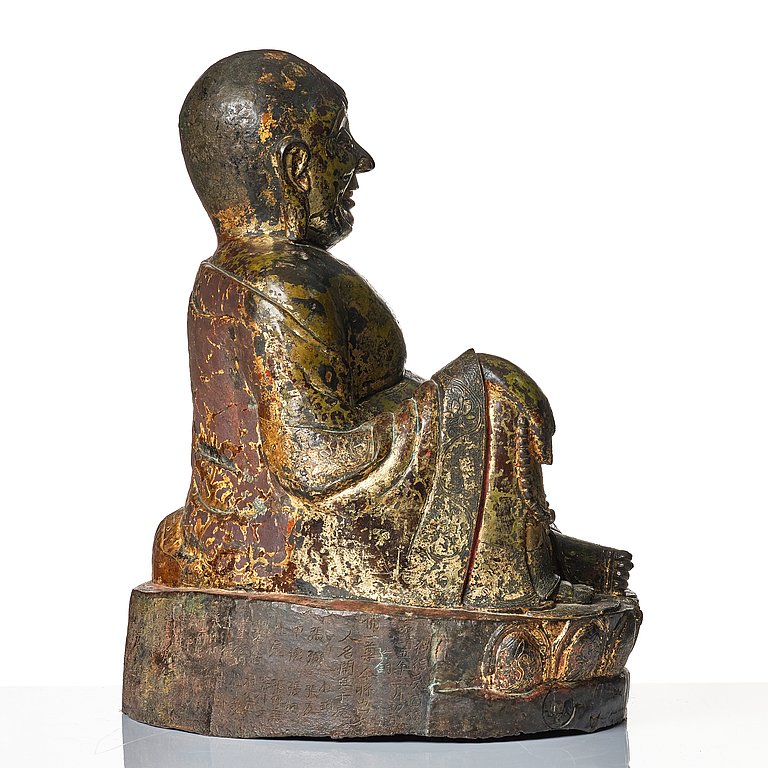 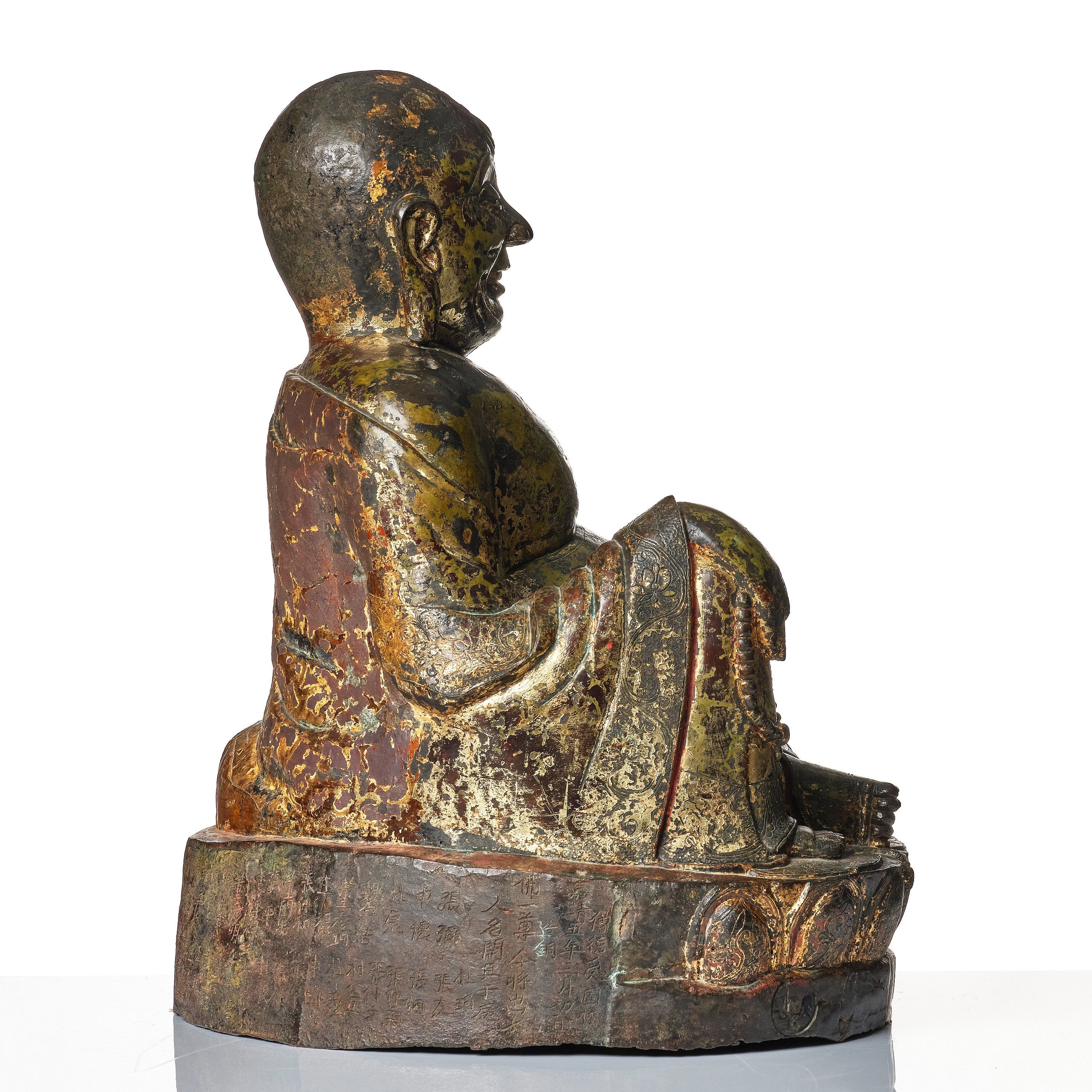 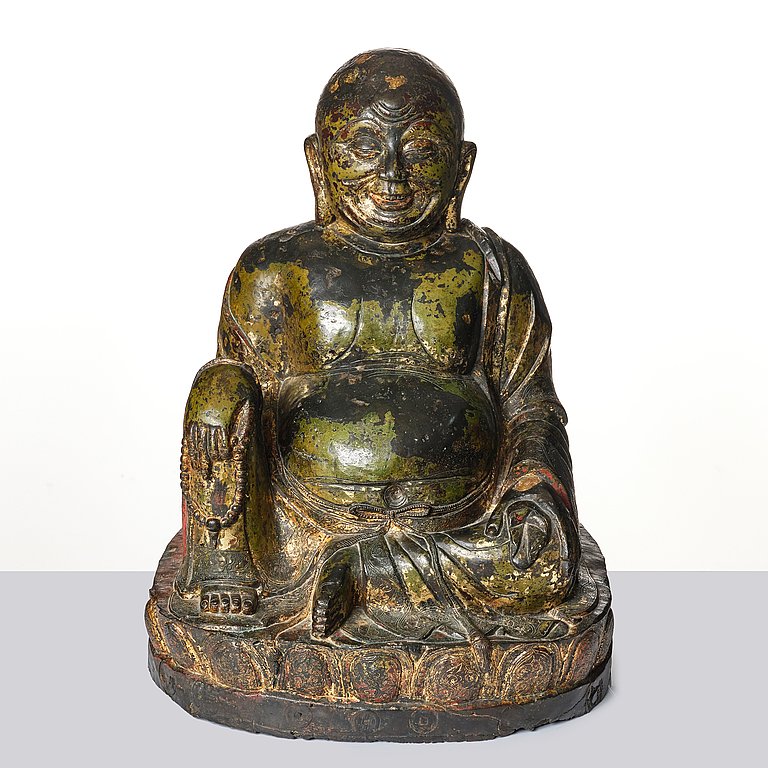 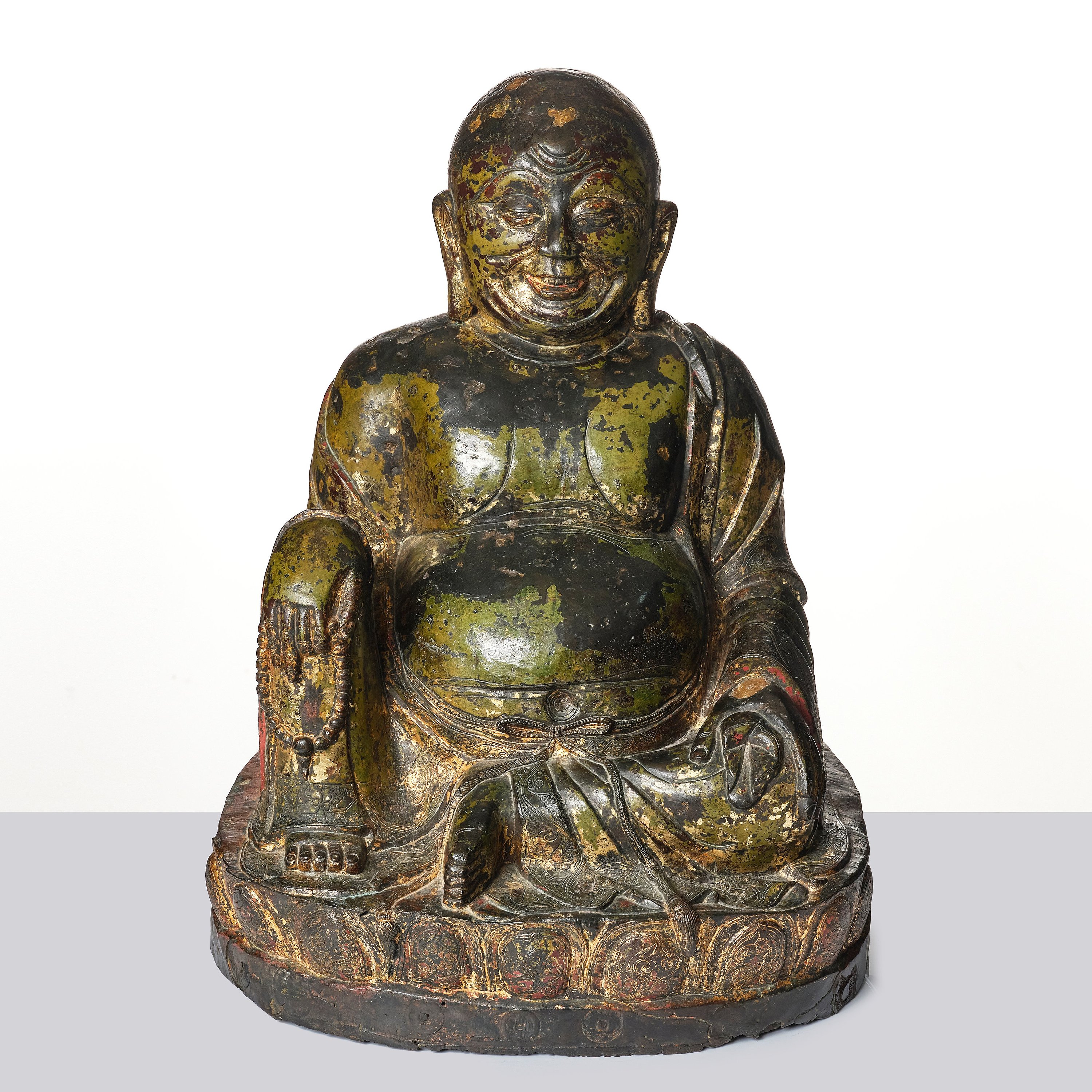 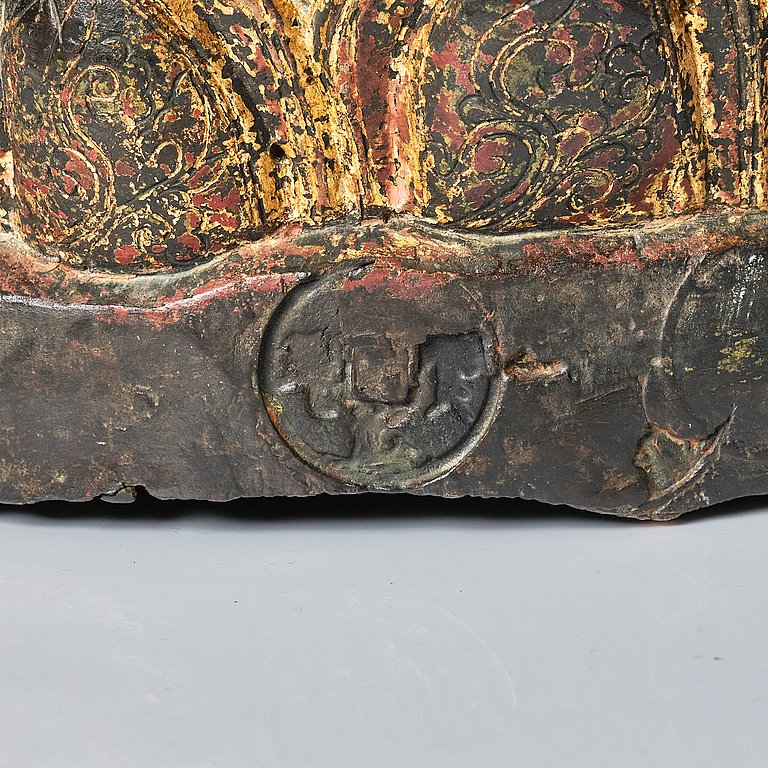 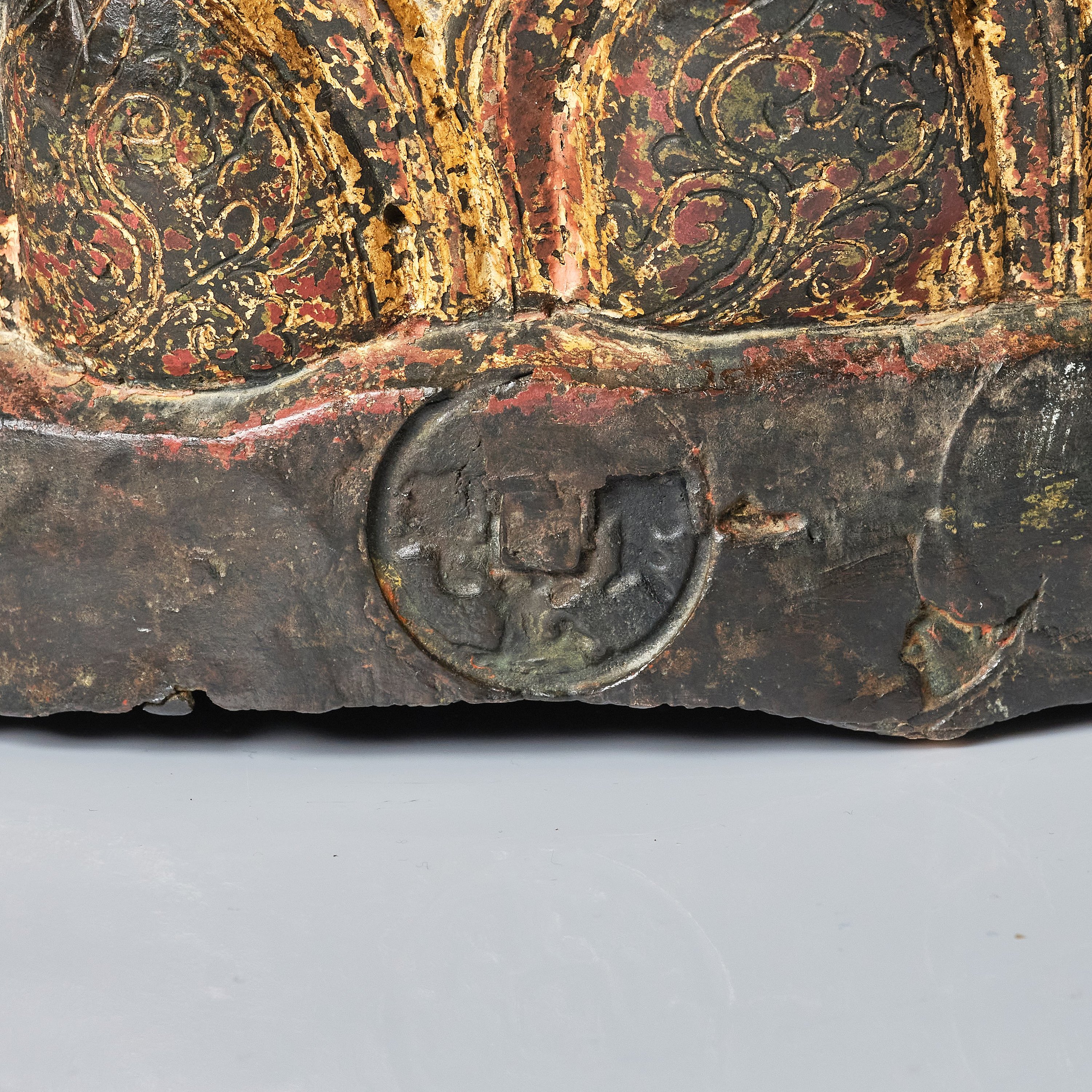 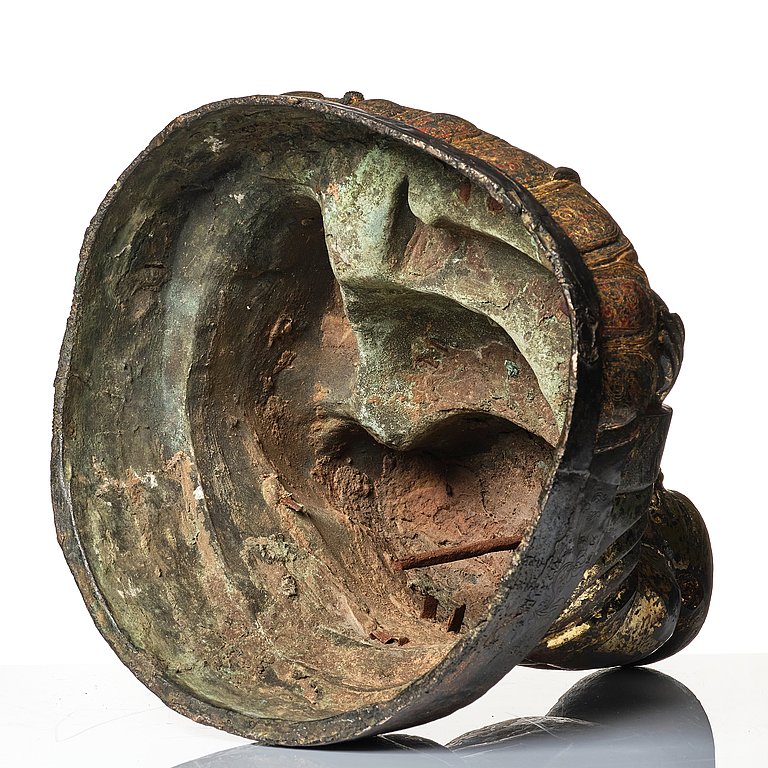 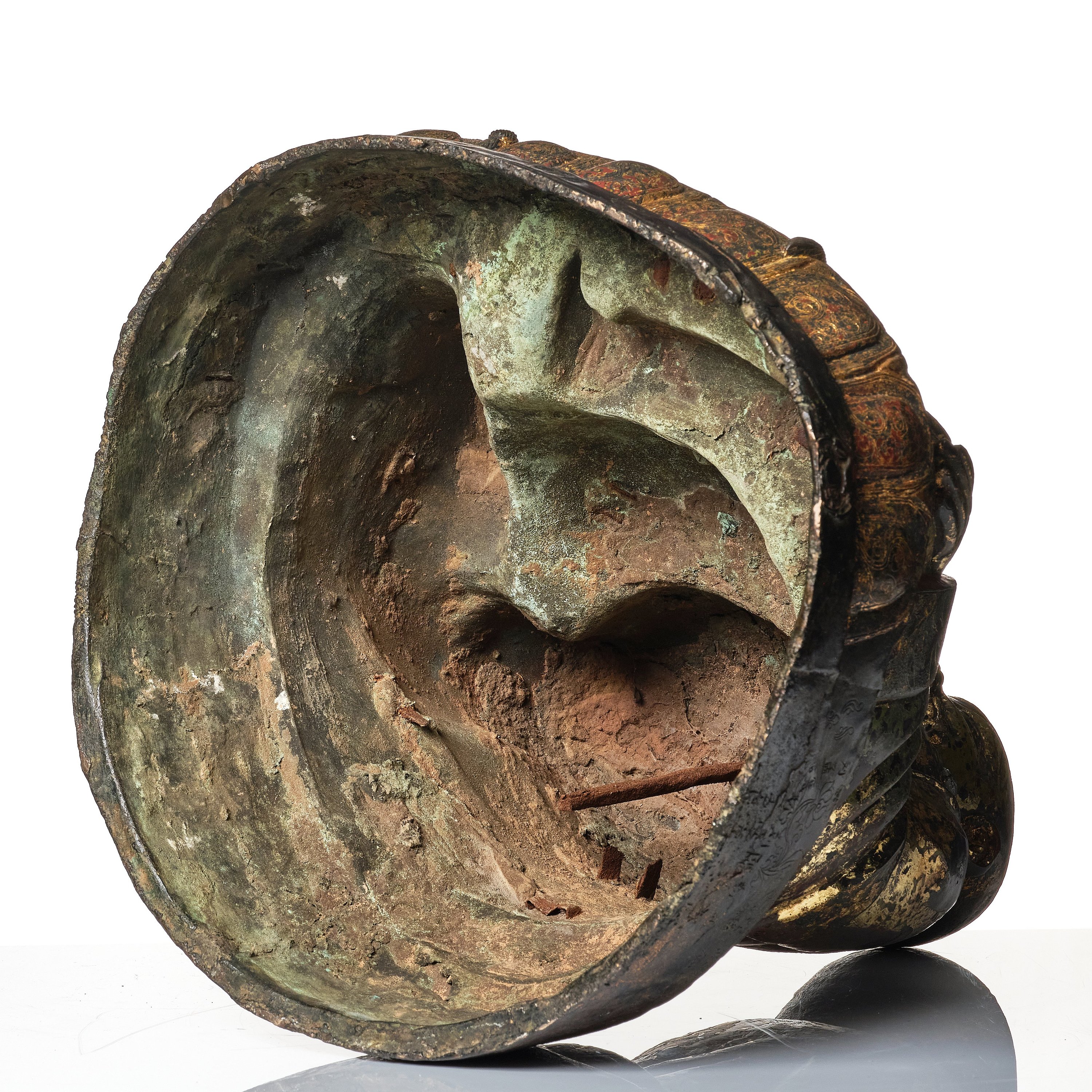 The corpulent smiling budai is placed seated on a lotus base, wearing a floral-hemmed robe loosely draped across the shoulders that open to reveal a round belly, the face wearing a joyful laughing expression, eyes closed, lips parted in a wide smile and forehead crinkled, framed by pendulous earlobes. The right hand resting on the knee and holding a mala/rosary the left hand resting on the left knee, the neck of a sack just visible below, the base finely incised with lotus petals further decorated with scrollwork and coins, some dated to the Song-dynasty. The reverse bearing the incised date 1526 and names of donors. With traces of gilding and red lacquer.

Inscription reading: ”The monk Deshou Yuanlin made this Buddha statue in bronze on the eighth day of the third month in the fifth year of Jiajing. The names of those who have contributed to (paid for) this follows here: (a list of approximately 60 names).