The more than 800 lots include a number of unusual and rare objects. This time, there are many older, mature wines from Bordeaux. Examples include a magnum bottle of 1923 Mouton Rothschild, a 1945 Léoville Poyferré and a 1961 Cheval Blanc.

Rare examples include a three-litre bottle of 1985 Pétrus, and bottles of 1973 and 1978 Batailley in the same format. There are also younger wines among the lots on offer, which range from the abovementioned 1923 bottle to a full case of 2012 Lynch Bages.

This auction features a variety of Spanish wines, such as CVNE 1952, 1954 and 1959 and Tondonia 1961 and 1968, as well as several other older and younger modernist examples including Roda, Aalto and Numanthia. From Bourgogne, there is a Dujac Clos de la Roche 1989 and a magnum bottle of La Tâche from 2006. Italian offerings include several well-known names like Quintarelli, Masseto, Sassicaia, Allegrini, Scavino and Rinaldi, among many others. Several of these are in magnum and double magnum bottles.

Fortified wines include vintage port and Madeira, together with a Veiga Solera 1940. Japanese whiskies include Karuizawa Last Bottling, Ichiro’s Ace of Spades and Shinzu Mars Maltage. A 1967 Inchmurrin, a 1969 Glenrothes and a 1975 Macallan are among the 100 or so lots of Scotch whisky. 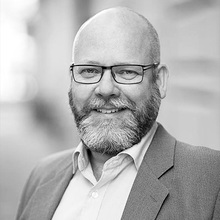