Bukowskis has been appointed to sell a minor but special collection of jugend furniture, designed by the sculptor Carl Christensen. (1878-1953). Carl Chistensen was born in Jönköping, Sweden and was working mainly as a sculptor throughout his artistic career. He was educated at Académie Colarossi in Paris and also at the craftman Herman Hoffman’s workshop in Stockholm. Carl Christensen showed great capacity for all kinds of sculpture- and decorative work. He made among many other things, portrait busts, monuments, ware house interiors and furniture decorations. Along with his artistic production he also teached at the Jönköping School of Technology. His furniture and interior details are good examples of a more strict jugend style, very typical for the dominating one among the swedish architects and designers during the early years of the 20th century.

”Jugendstil” is a german word but also a common term used for the new style that grew in Central Europe in the late 19th century. The French/Belgian term would be ”Art Noveau-style”. Dedicated designers, architects and artists set out to find new ways of expressing the modern way of living. Nature was a great source of inspiration – different kinds of plants and animals appear as both as free standing decorative pieces and as part of surface pattern.

The furniture were commissioned by a private person and were specifically designed for his villa just outside Jönköping. The interior was created between 1909-1920. The furniture have remained in this home ever since then, however in a bit different and modernized setting. This fact makes the collection a rare piece, well kept together for mor than a century. The major part of the furniture are signed and dated by Carl Christensen himself. Among the more interesting pieces is the book-shelf with the decoration of ”guarding owls”. No surprise that Carl Christensen would choose the owl to guard the books – the number one symbol of wisdom! There is an interesting playfulness between the richly sculptured owls to the subtle surface decoration of roses on the door panels. The ”rose-decoration” was popular among swedish furniture designers in the beginning of the 20th century and one will find it especially on chairs and cabinet door panels. Carl Christensen might also looked to his austrian ”compatriots” – the strict line in his furniture is clearly influenced by the austrians more strict jugend-style. A nice ”lounge fauteuil” is also an example of more ”continental” jugend style. Two imposant beds forms a good example of a more scandinavian, national romantic-style.

Furniture by Carl Christensen are of remarkable quality and are rarely seen at public auctions. 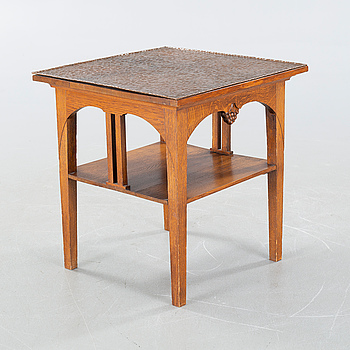 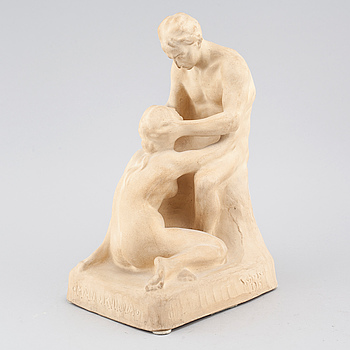 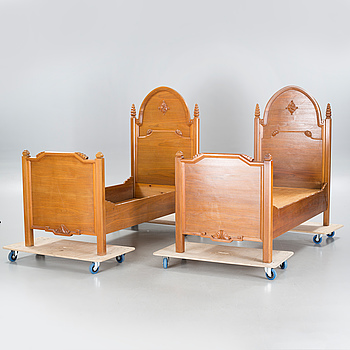 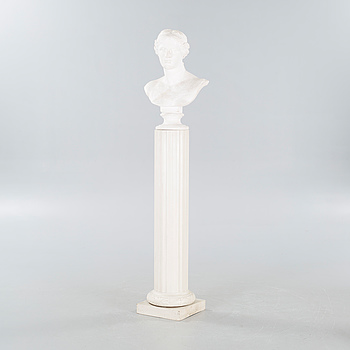 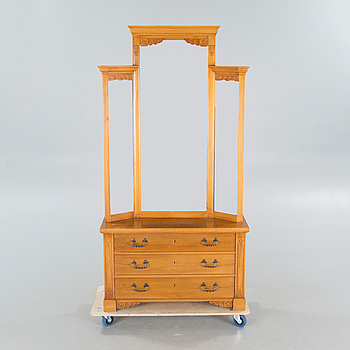 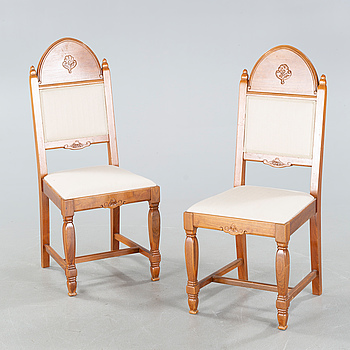 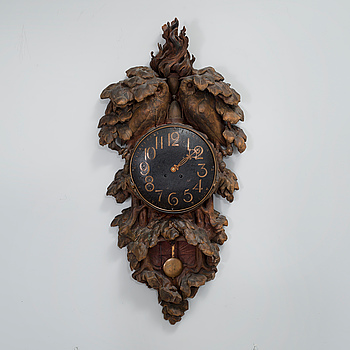 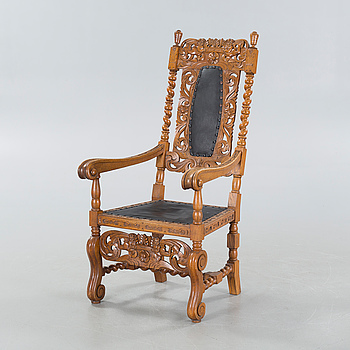 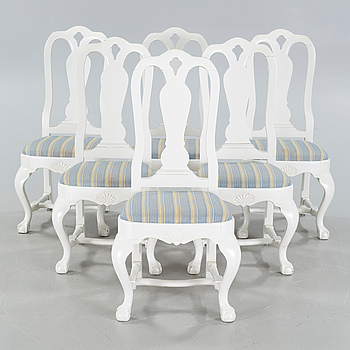 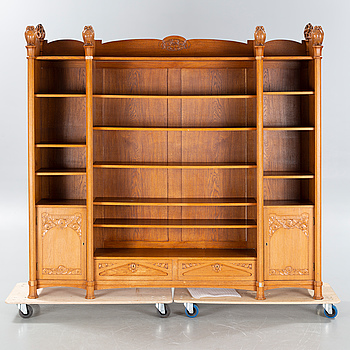