We use cookies to provide the best possible customer experience. If you continue you accept this use of cookies. Go here to read more.
OK
Category /
Art
/
Graphic artEn konstsamlares urval
1260408
Donald Baechler
(United States, Born 1956) 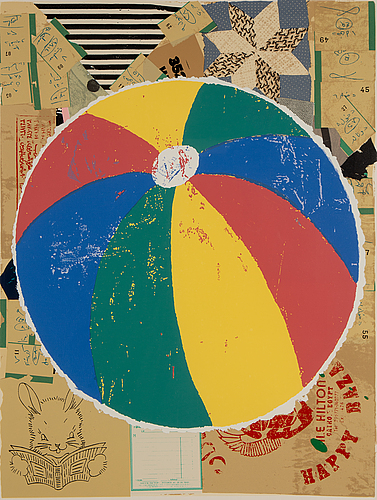 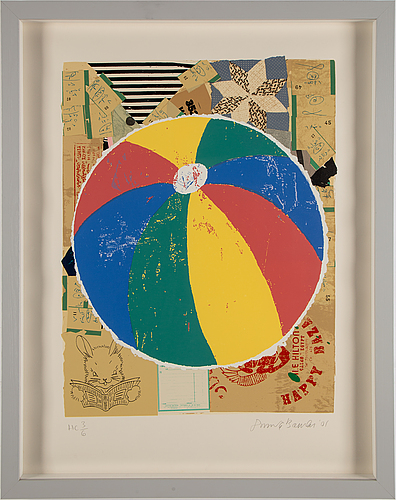 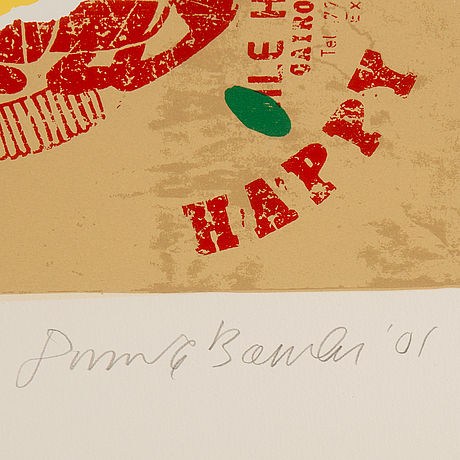 Donald Baechler is an American artist, born in 1956. He uses both classical and contemporary art in his painting. There are also elements of folk art and Donald Baechler is also an echo of pop artists such as Robert Rauschenberg, Andy Warhol and Roy Lichtenstein. Donald Baechler mixes themes, preferably from the children's world, there may be elements of maps from Africa and Europe as well as sketches of toys, ice creams and colorful beach balls.

As a second-generation Pop artist, Donald Baechler’s paintings and prints are a reflection of a passion for collecting pop images and objects. Combining these images with his own uninhibited style of painting, Baechler creates what he calls an “illusion of history.”
Baechler studied at the Maryland Institute, College of Art (Baltimore), Cooper Union (New York), and the Staatliche Hochschule für bildende Künste, “Staedelschule” (Frankfurt am Main, Germany). His work is in the collections of The Museum of Modern Art, The Whitney Museum of American Art, The Solomon R. Guggenheim Museum, The Museum of Contemporary Art, Los Angeles and The Centre George Pompidou, Musée National d’Art Moderne, Paris among other institutions worldwide.