We use cookies to provide the best possible customer experience. If you continue you accept this use of cookies. Go here to read more.
OK
Category /
Art
/
Graphic artEn konstsamlares urval
1260415
Jockum Nordström
(Sweden, Born 1963) 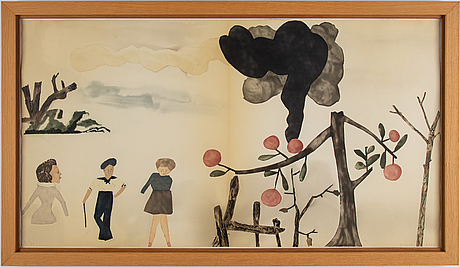 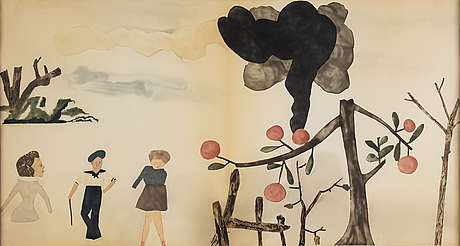 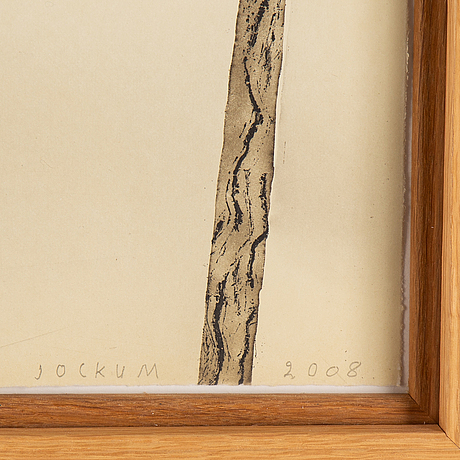 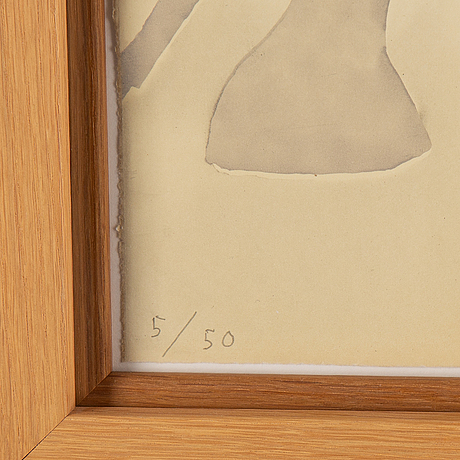 "Back to the land". Printed by Crown Point Press, San Francisco USA. 66 x 123 cm. This graphic artwork is the largest that was printed and created during Jockum Nordström's art project at Crown Point Press 2008.

Jockum Nordström was the first Swedish artist to receive a scholarship from "Grafikens Hus Swedish American Artist Exchange Program”.
In December 2007, he worked and created at one of the United States' leading copper graphic art publishers, Crown Point Press in San Francisco.

In the scholarship explanation for the exchange activity, Grafikens Hus' artistic director, Anders Krüger, wrote:
”Jockum Nordström has not previously worked with etchings, but the new medium proved to fit like hand in glove, for his artistic working method.
As in a contemporary alchemical laboratory, the images in Crown Point Press' studio emerged in the meeting between ideas, chemical liquids and glittering copper plate. The etchings are unique synthesis of the precision of Nordström drawing, the collage's open picture space and the painting's organic color scales".

Working with combinations of watercolor, gouache, graphite, and collage, Jockum Nordström unites the innocence of northern European folk art—rendered with a rustic, child-like hand—with depictions of a fanciful, slightly askew world where the naked body and sex abound, as well as references to maritime lore. To create his collages, Nordström arranges cut-out shapes from his drawings to make action-filled scenes, resulting in tableaux of characters who appear mismatched in scale and origin. He exhibits the same mix of unpretentious materials and scrupulous detail in other artistic projects he undertakes, including furniture and carpet design, children book illustration (including the popular Swedish series Sailor and Pekka), album covers, architectural models, and animated films.