The artist Josef Vohrabal was born in the Czech city of Brno in 1908 and his path to art was not straightforward, but he was in many ways a self-taught artist. Only in middle age did he graduate from the art school in Brno and then work as a visual artist. His paintings draw inspiration from analytical cubism and the classic modern currents of the 1920s. The motifs often revolve around female figures, music and musical instruments. Josef Vohrabal was also frequently hired by the city of Brno where he performed several public decorations, including in cinemas and sports halls. In his later production, Josef Vohrabal works more on the purely abstract and the auction paintings are exquisite examples of works from this period, made in a larger format and with a design language dominated by geometric figures. By this time he had also developed a specific wax technique to create a greater luster and richer color shades in his works. Several of the auction paintings are made in this special technique. Josef Vohrabal is represented in European private collections and works by him are mainly sold in Germany and the Czech Republic. 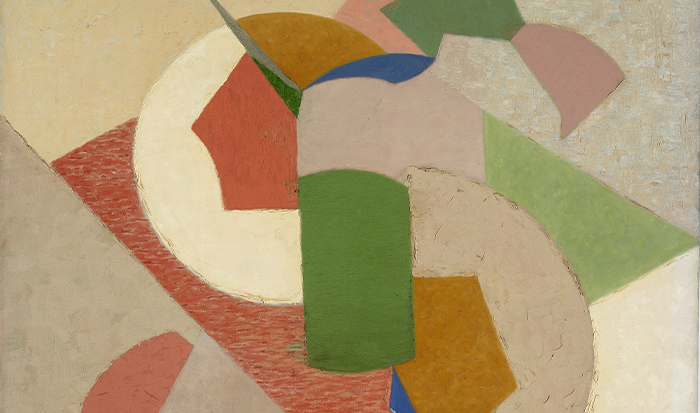