Einar Nerman - a collection of paintings and drawings

Explore a private collection that includes fine examples of Einar Nerman's extensive and varied production. For most people, the artist is best known for his illustration "Solstickepojken", depicting his son Tom who has adorned our matchboxes since 1936.

Einar Nerman (1888-1983) was a versatile person. He worked as an artist, illustrator as well as a stage artist. He studied for Henri Matisse in Paris and at Carl Wilhelmson in Stockholm to be an artist. In parallel, he was also a student at Elin Svensson's Dramatic Student School and studied dance for Anna Behle during the 1910s. He was a generation friend with, among others, Isaac Grünewald and Einar Jolin, together with whom he exhibited at the exhibition "1909 men". Einar Nerman also participated in theatre and dance productions in Stockholm and toured as a dance artist in Europe and the USA.

However, it is mainly as an illustrator that he is known. From an early age, his art moved towards illustration. He enjoyed working with drawings and silhouettes - the inspiration for these he took from the world of art, theatre and dance and later also from the world of film. He was also a well-travelled artist who lived abroad for long periods. He was frequently hired as an illustrator in comic books in Sweden, Europe and the USA.

This auction includes a couple of oil paintings of interest, not least the oil painting depicting his comrades Isaac Grünewald and Einar Jolin in a "dilapidated" hotel room in Paris. Einar Nerman has made several variations on this motif. A similar painting can be found in the collections at the Gothenburg Art Museum. Another interesting painting is "The Last in the Family" from 1916, and perhaps this is a commentary on the present when the modern age has made its entrance on all fronts?

Another interesting piece is the profile portrait of the "divine" Greta Garbo - a face that Einar Nerman portrayed in several ways. Most famous is the silhouette drawings of her profile. Worth noting are also the small delightful ink drawings made in London and Paris. One suspects that Ivar Arosenius' art had a particular influence on Einar Nerman's art when one sees the adorable little watercolour "The Princess at the Smell Peas" - in the same genre but with a specific "Einar Nerman" expression. 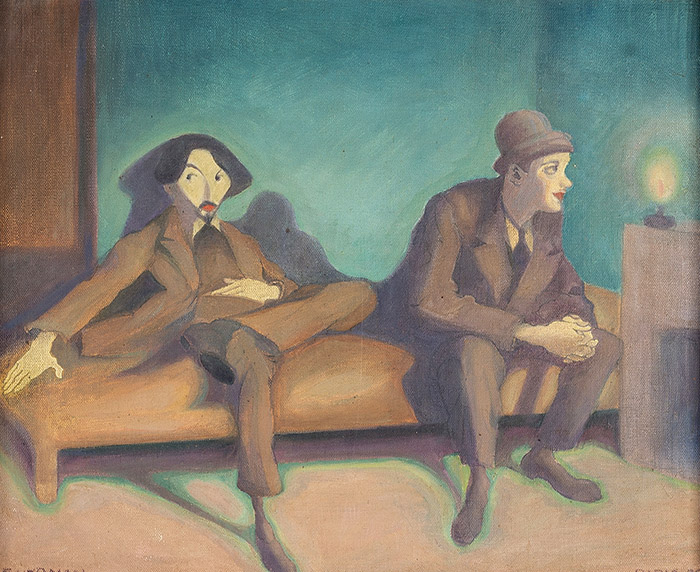 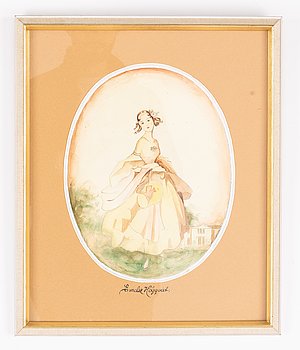 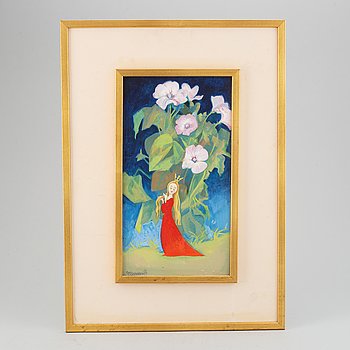 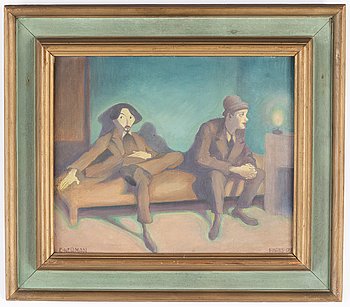 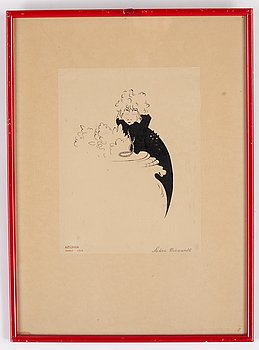 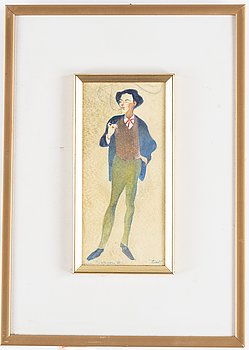 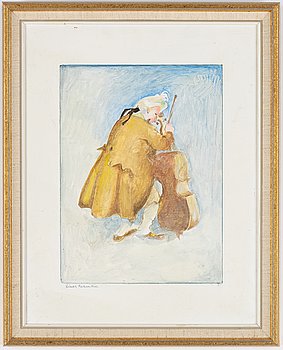 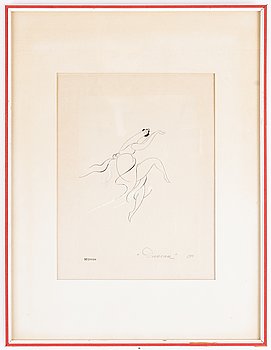 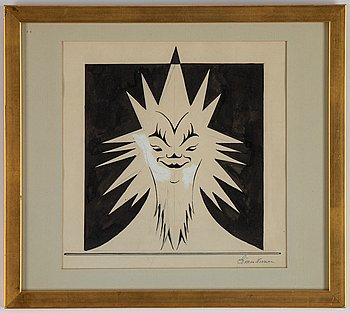 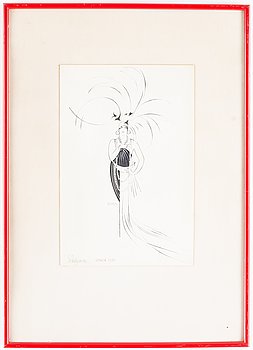 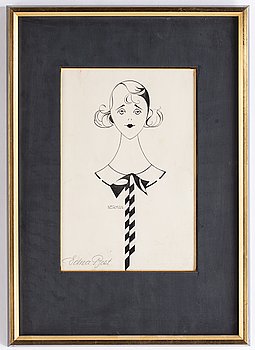 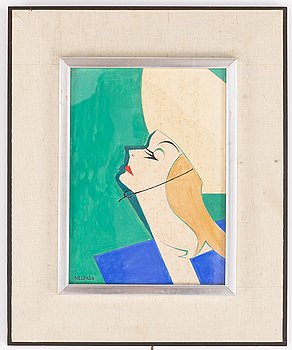 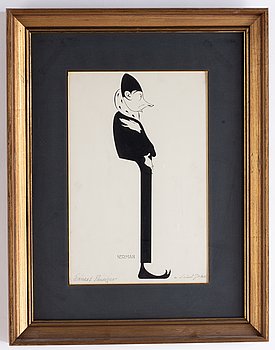 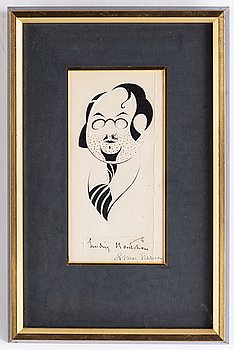 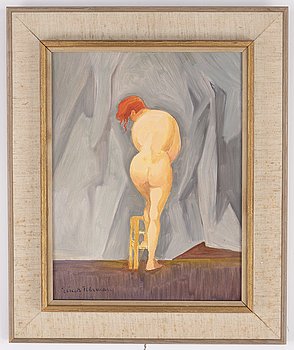 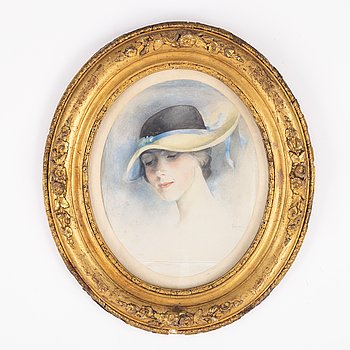 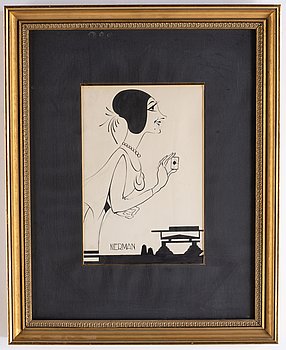 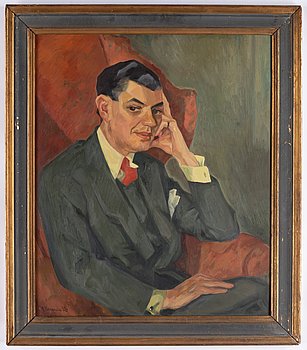 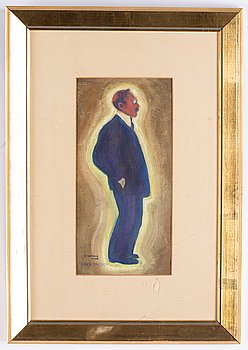