Antoni Tàpies was a self-taught Catalan graphic artist, painter and sculptor. He began his career in the surreal world. In 1948, Tapies and some other Catalan artists formed the group "Dau al Set" ("Seven-Sided Die"), which had points of contact with surrealism and Dadaism. Tàpies is a representative of informal art, inspired by Miro and Paul Klee. After seeing works by Dubuffet in 1950, his art became more abstract. The conceptual development continued in his painting during the '60s. With time his expression became more strict and took an ascetic direction with an emphasis on the structure and effects of materials. For example, he used a combination of clay and marble dust to produce a particularly rough surface structure. His graphic work seemed somewhat cryptic, with surprise elements for extra effect. For a period, he collaborated with the poet Joan Brossa to illustrate books.

In 1990, The Tapiés Foundation opened in Barcelona with about 2000 works by the artist. That same year, Tàpies received the Japan Art Association's Praemium Imperiale award for his art. Ten years later, he was knighted in Spain and acquired the title of Marqués de Tàpies. Tàpies left this world in 2012.

In this theme-auction, you can acquire some of his fantastic timeless graphic art. 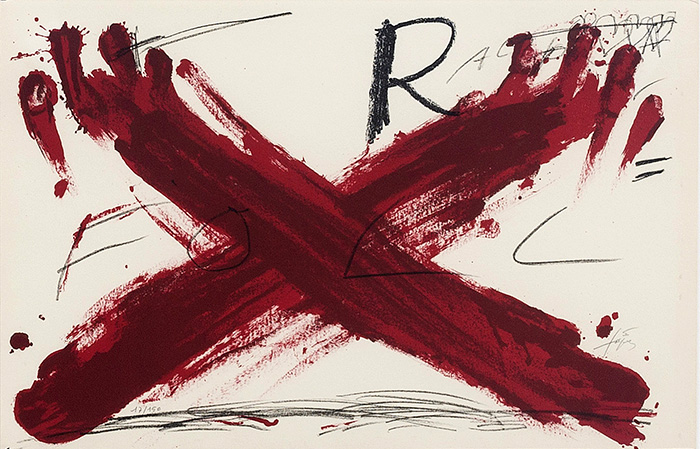 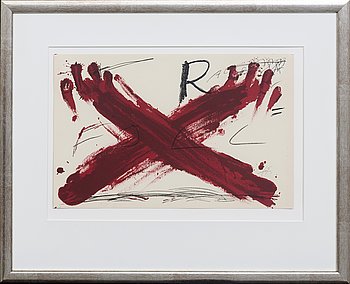 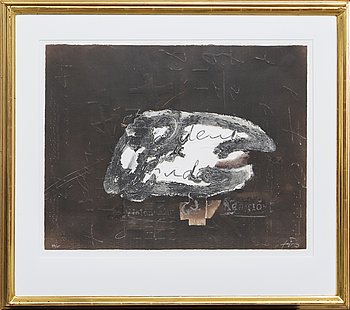 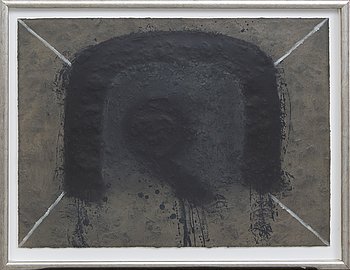 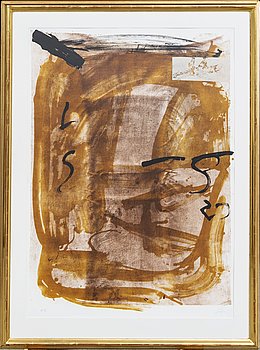 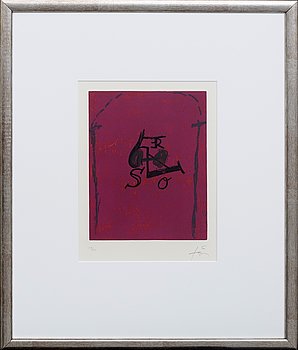 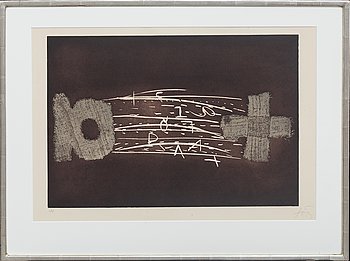