It is not just the cold weather that has given us a strong tradition of talented textile artists in Sweden. We have early received influences from Asia through the Vikings, but even earlier than that have the Oriental textile patterns found their way here. From the Middle Ages ryor, with knotted pile, were made to be used as bed covers. Sweden has a long tradition of textiles for everyday life and festivities.

One reason why Sweden has a special position in terms of modern carpets and textiles is the household and textile educations that started after 1850 and the stores that enabled women to support themselves in their craft.

Another explanation for the number of skilled textile designers is the world exhibitions and the local exhibitions (from the 1897 Art and Industry Exhibition in Stockholm onwards). Those who participated were driven to innovate and develop at the same time as they were inspired by others.

Throughout the 20th century, many skilled Swedish textile artists have worked, some of them are represented at this theme auction. 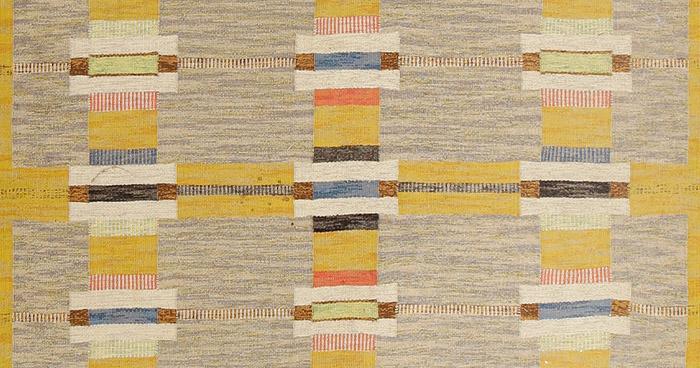 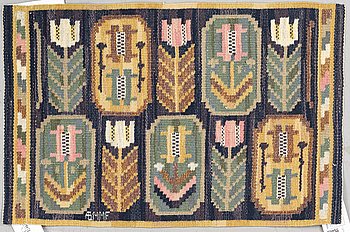 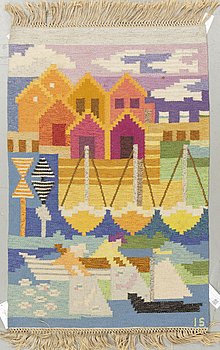 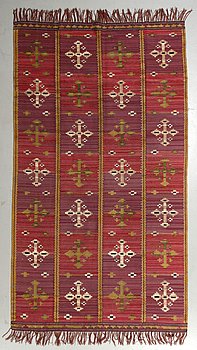 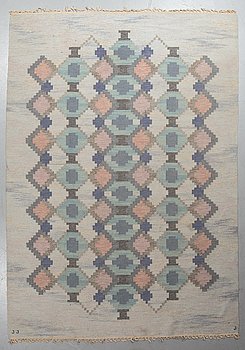 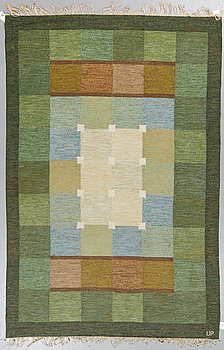 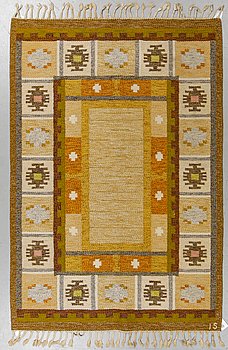 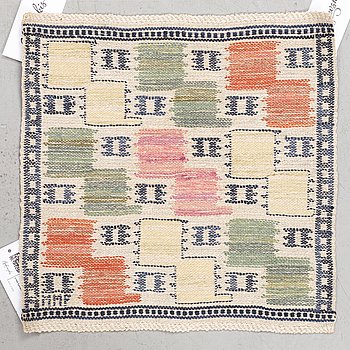 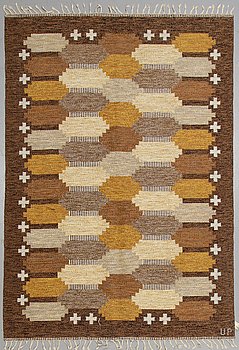 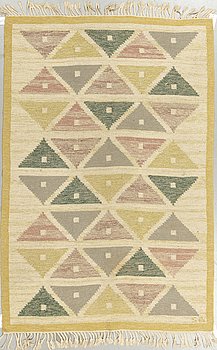 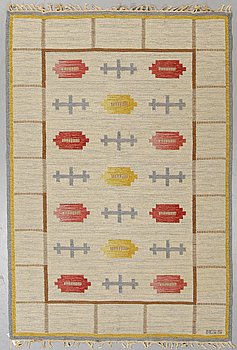 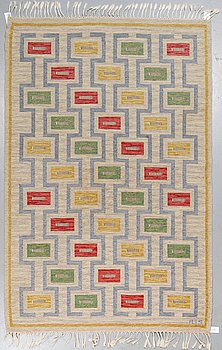 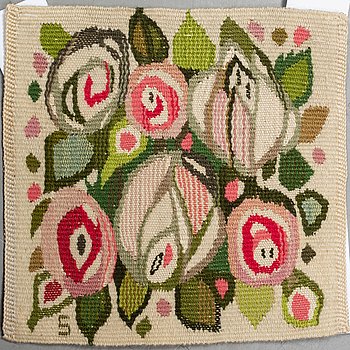 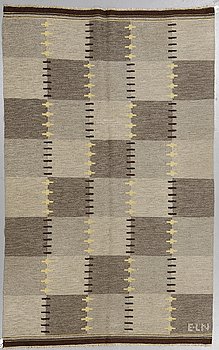 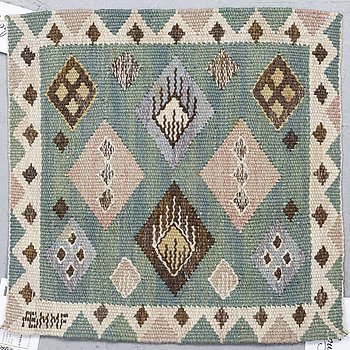 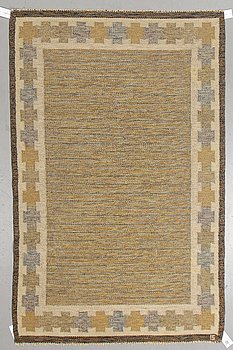 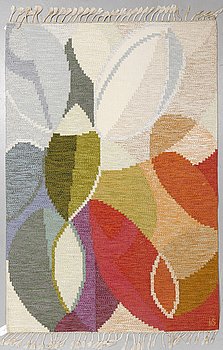 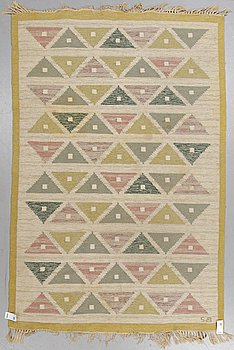 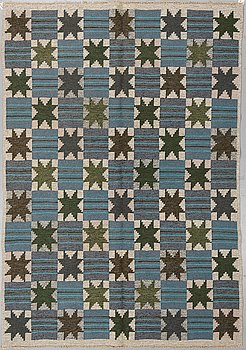 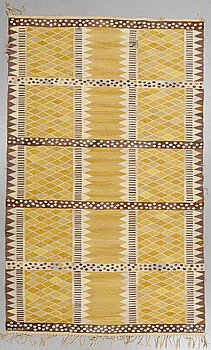 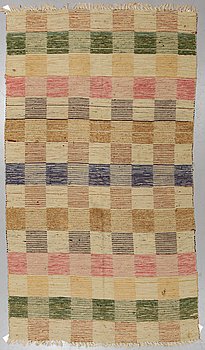 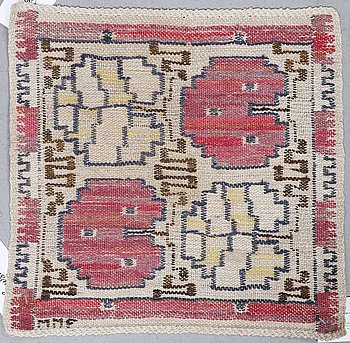 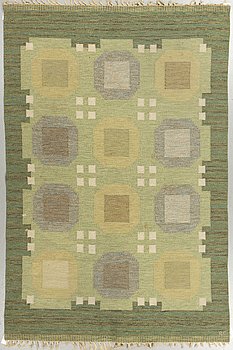 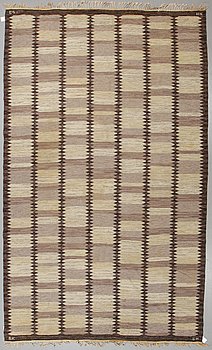 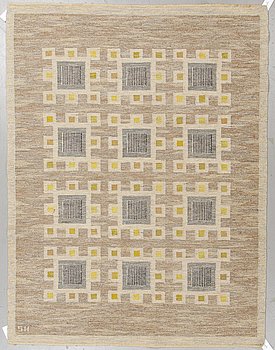 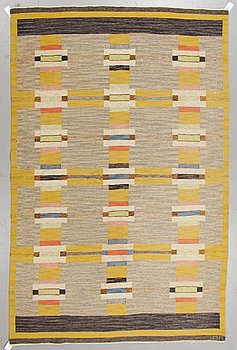