Ola Billgren was the Swedish artist who first clearly formulated and reasoned about the relationship between art, language and reality. He has been called both theorist and sensualist and was able to capture the historical and the contemporary in the same image. Billgren's art is characterized by both duality and uncertainty, both in expression and in content. The dreamy presence is unmistakable, from the photorealistic works of the 1960s to the romantic perceptions of his later works.

Billgren was born in 1940 in Copenhagen and became one of Scandinavia's most significant artists of his generation. Both of his parents were artists and gave him early artistic education. He worked alongside painting with graphics, film, photography and scenography and wrote regular art reviews in magazines and daily press. During his life, he made a decisive contribution to raising the level of conversations within art in Sweden.

His photorealistic images from the 1960s formed a school. Everyday images with a special feeling of light and tenderness for the subject, mixed with a certain melancholy.

During the 1980s, he works according to two clear tracks, one pictorial and one photographic. Billgren expressed the painting in romantic nature abstractions, which became a kind of restoration of the colourism of modernism.

This theme auction contains 26 prints by Ola Billgren. Everything from the late 1960s until the mid-1980s. Many of them are proofs, meaning they are not included in the regular edition and do not necessarily have to look like it. The leaves are for the artist samples on the way to finding the balance between colour and motif. It may be the sample that determined the edition's appearance but may also possibly be unique.

Ola Billgren is represented in several museums, including the Moderna Museet in Stockholm, Göteborgs Konstmuseum, Malmö Museum, Statens Museum for Kunst in Copenhagen, Museum für Kunst- und Kulturgeschichte in Lubeck and Louisiana Museum of Modern Art in Humlebaeck. His work is also included in the collections of Lund University and the collections of the Center Georges Pompidou in Paris. 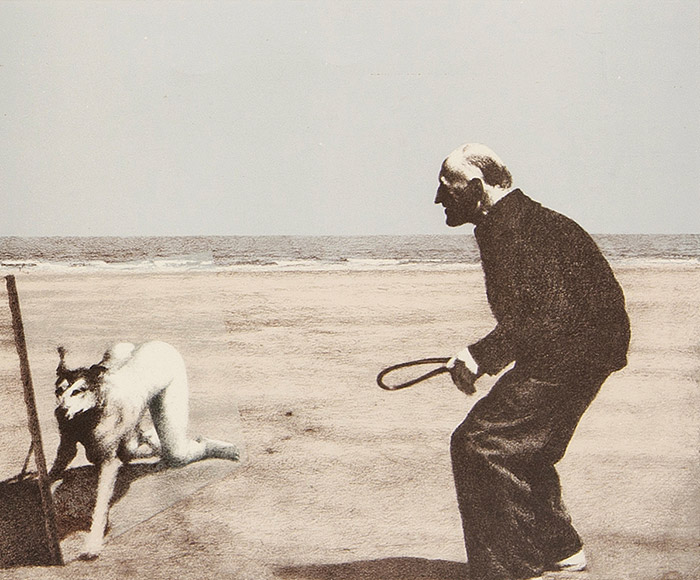 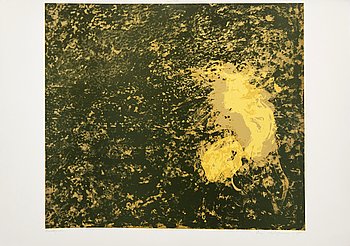 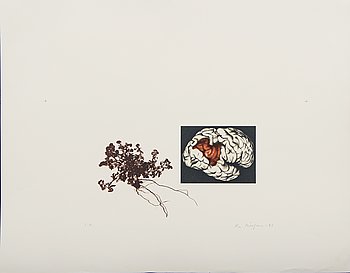 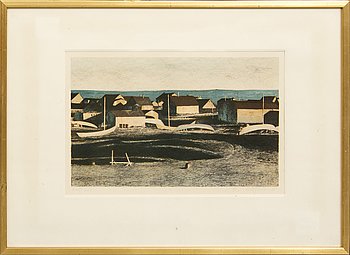 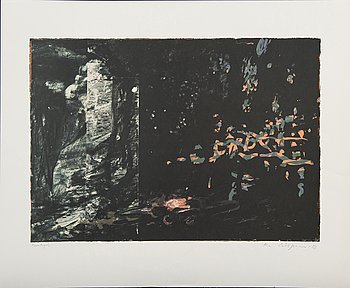 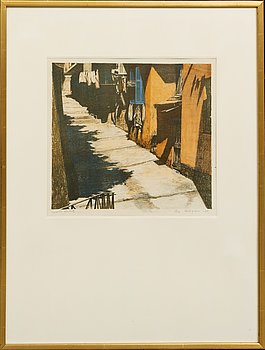 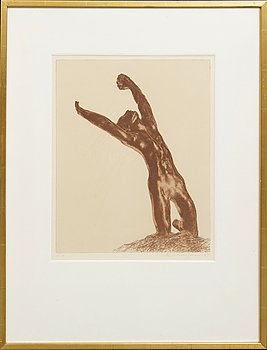 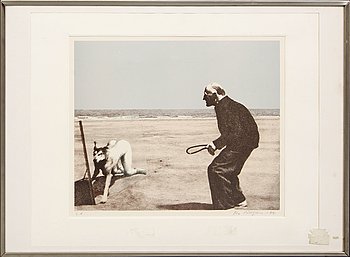 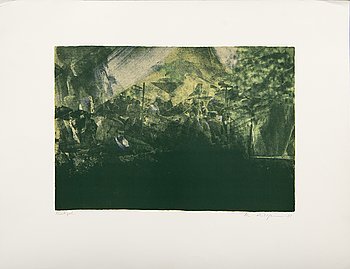 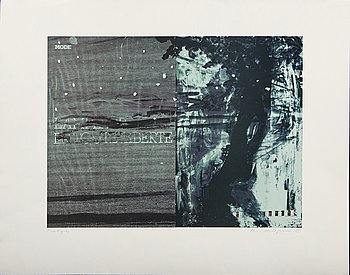 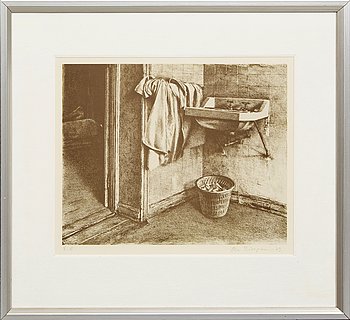 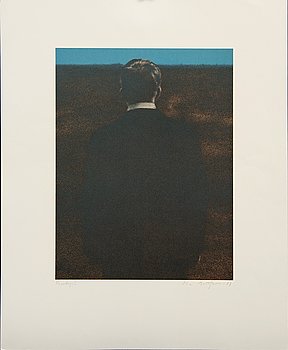 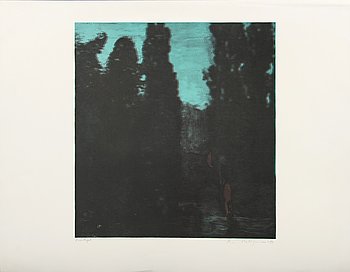 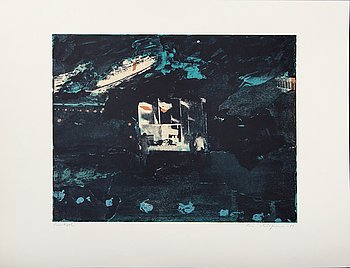 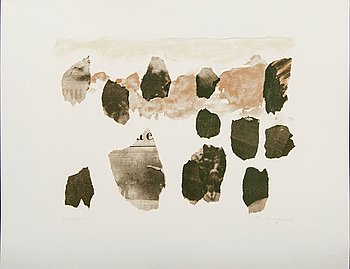 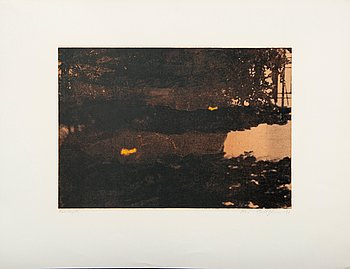 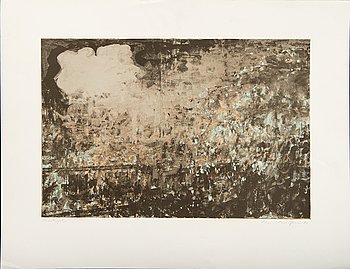 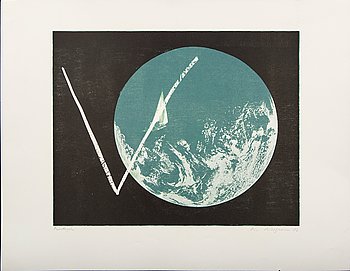 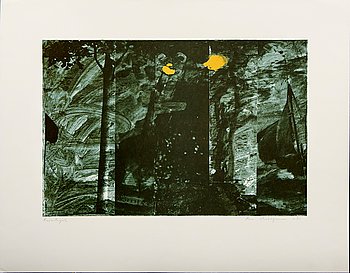 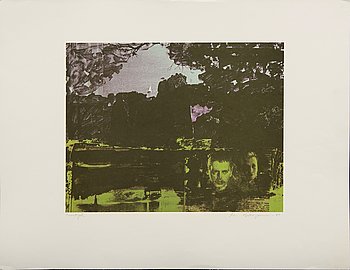 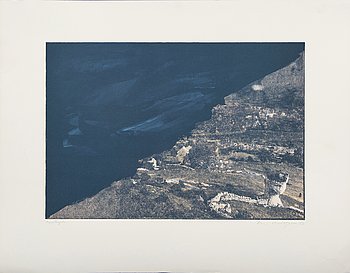 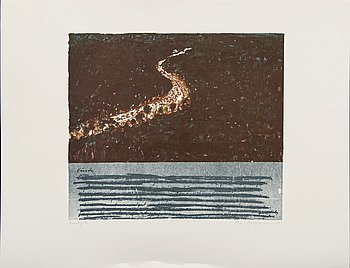 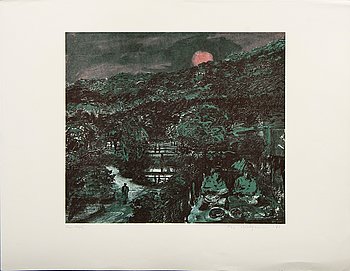 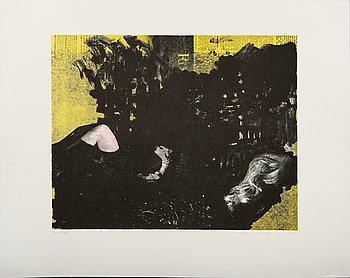 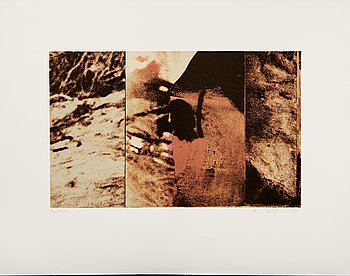