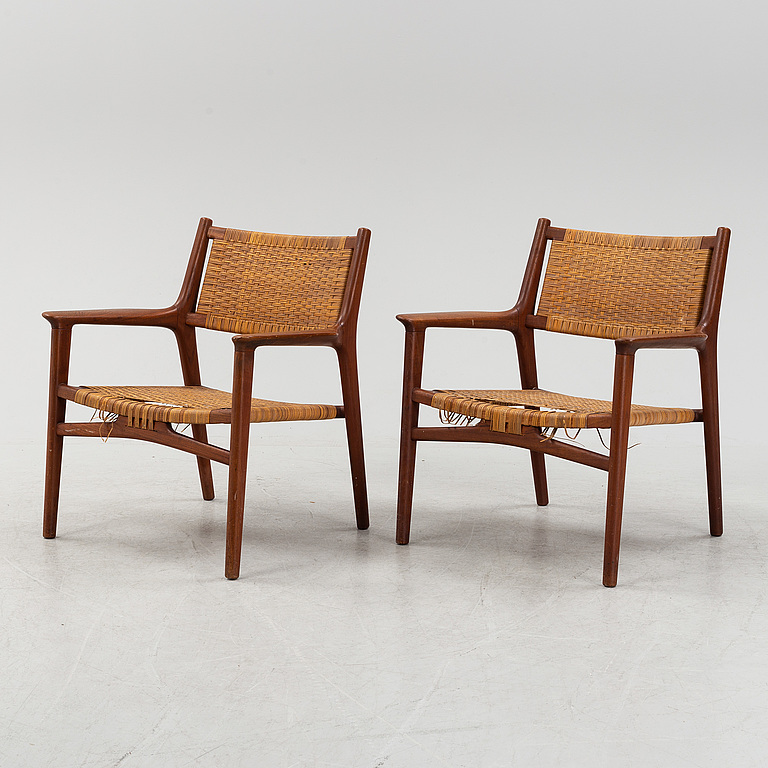 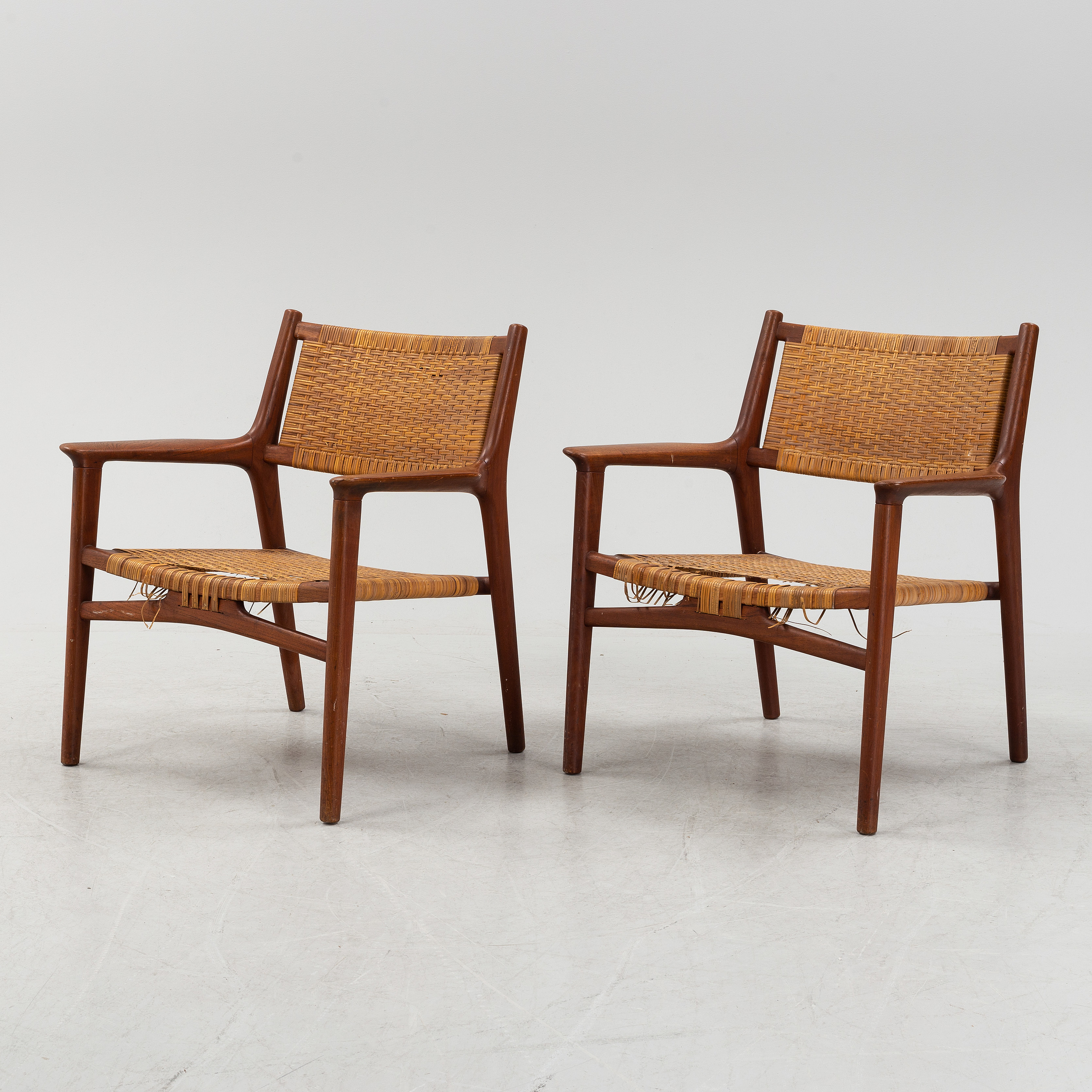 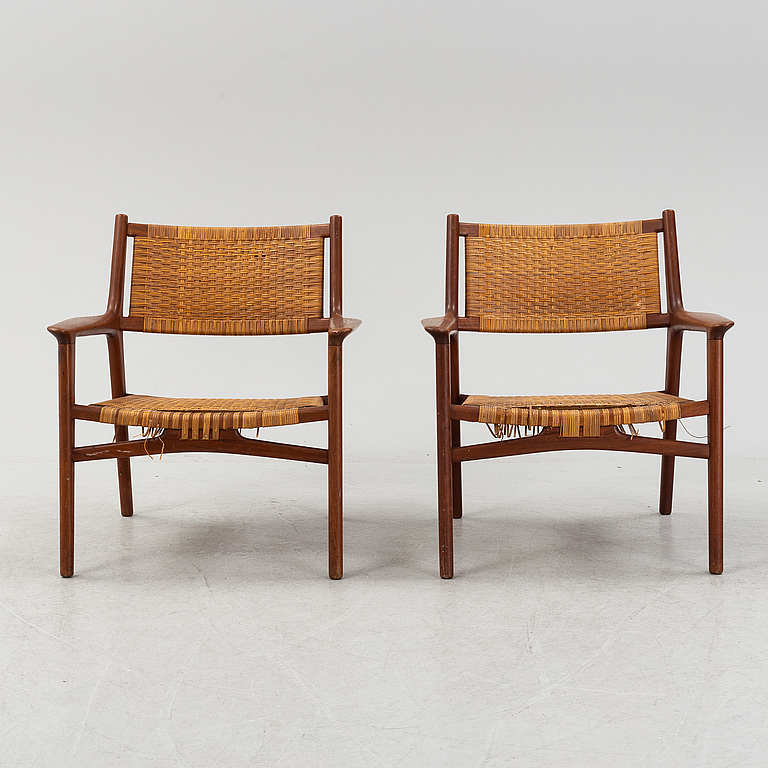 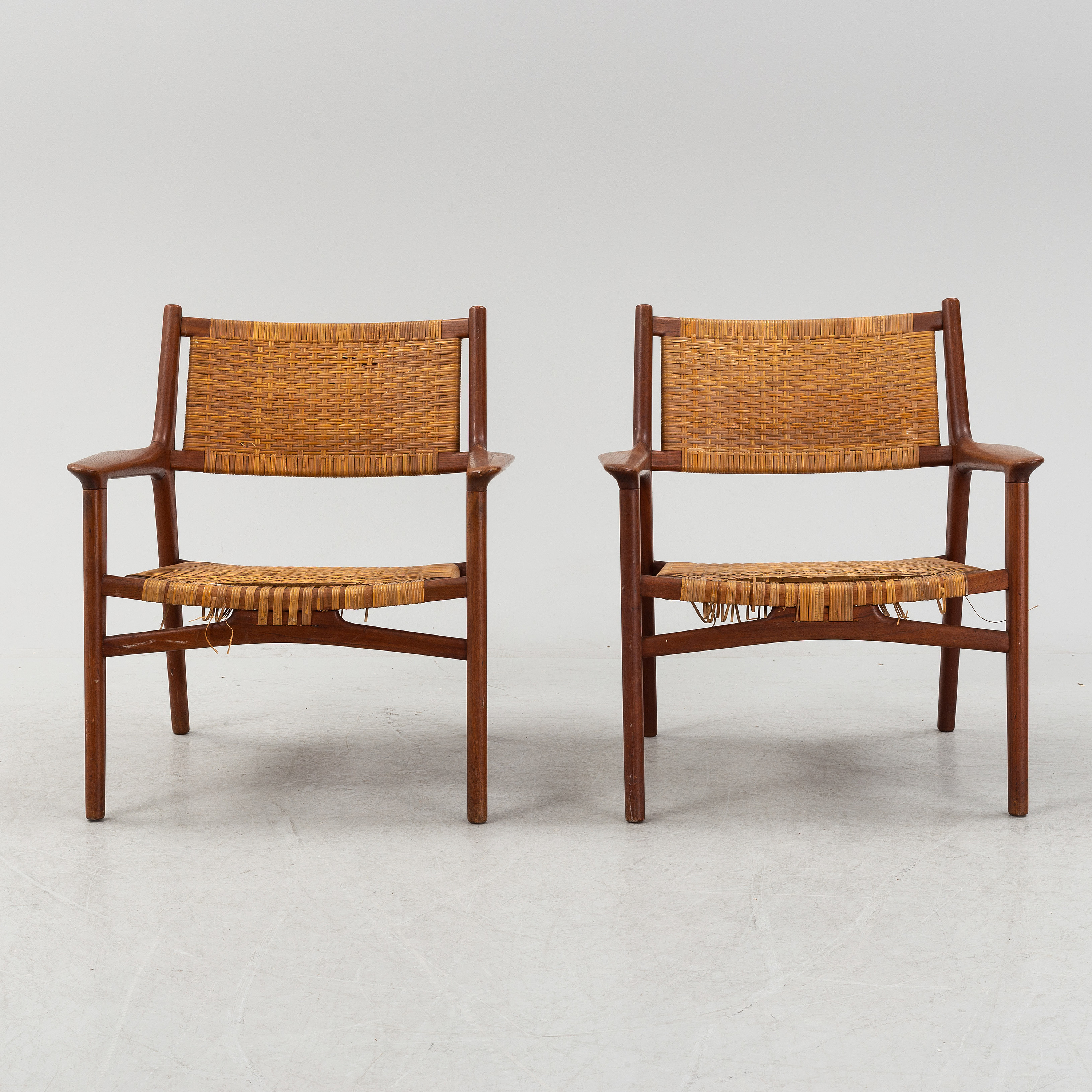 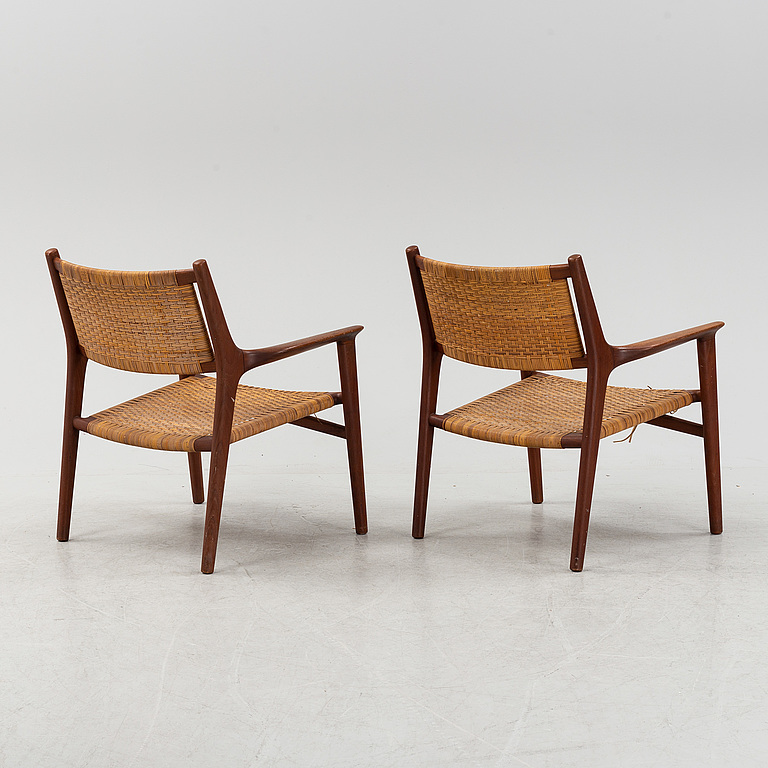 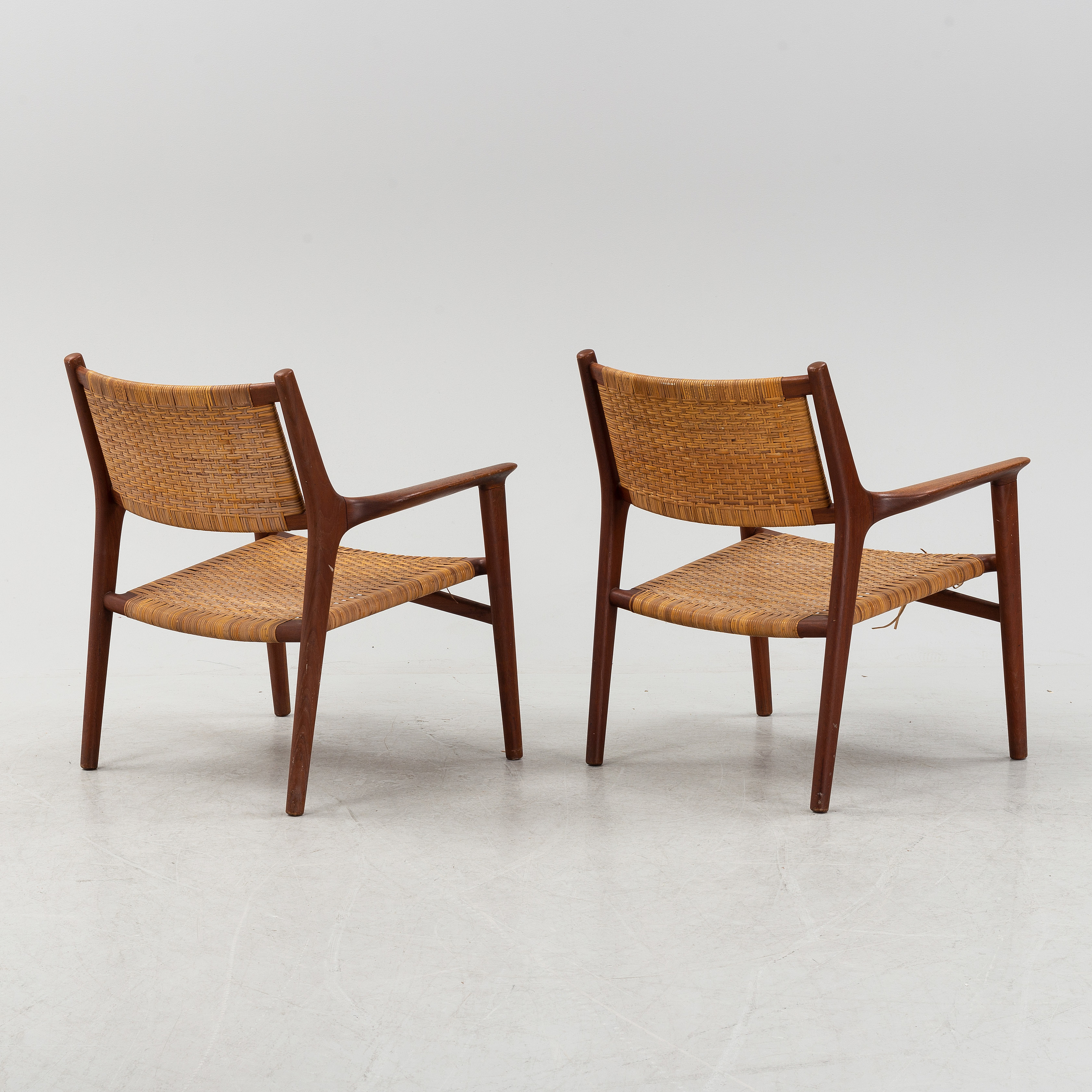 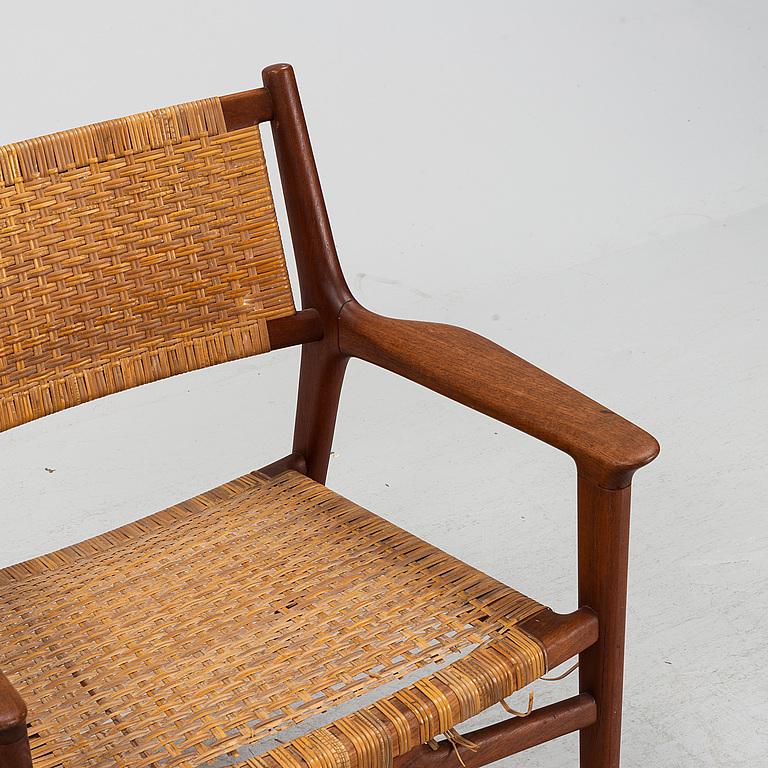 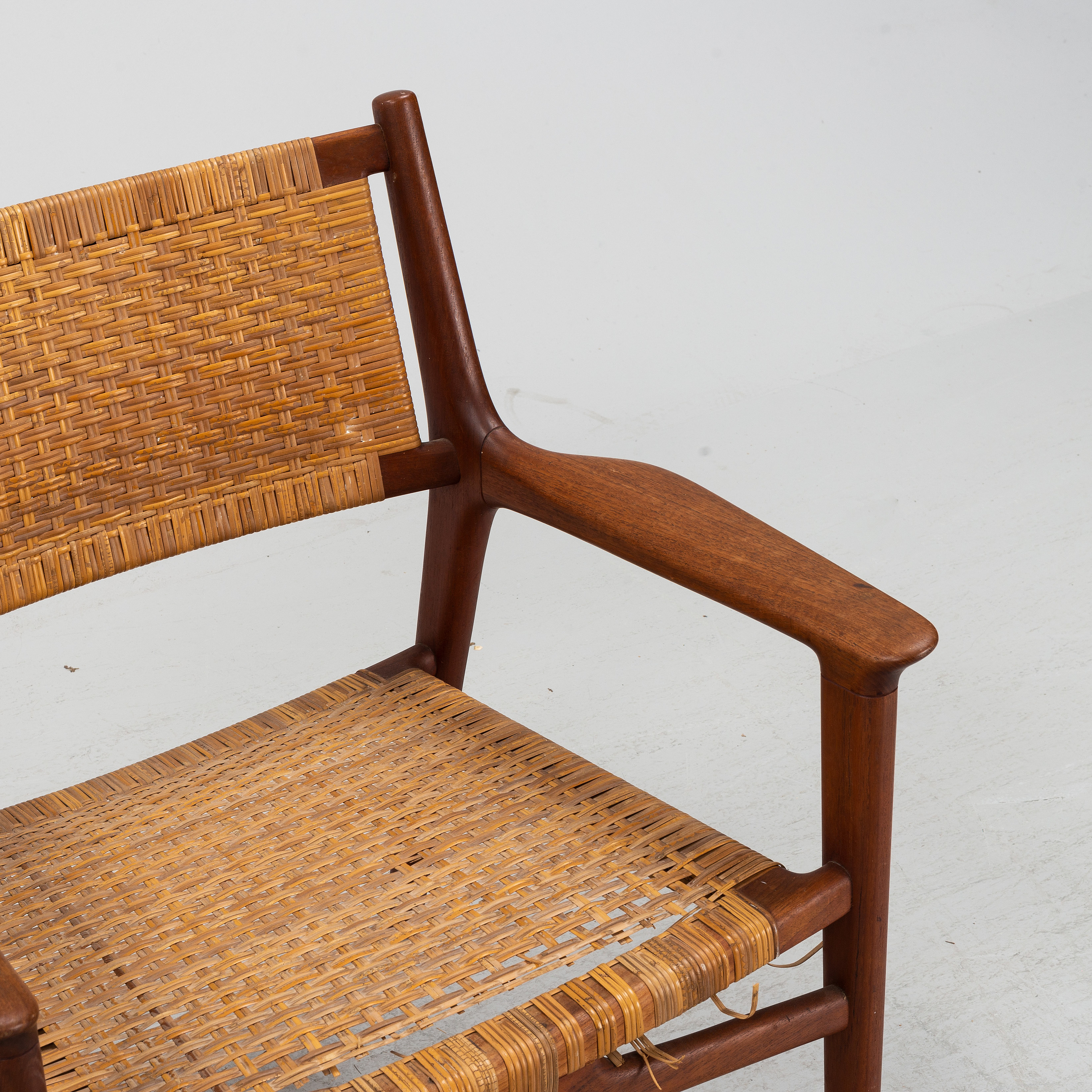 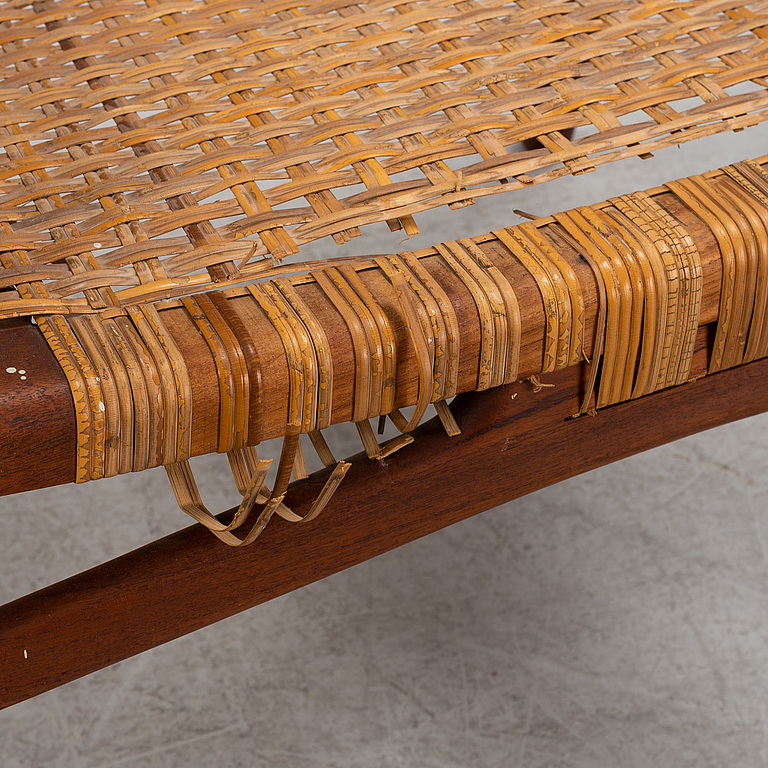 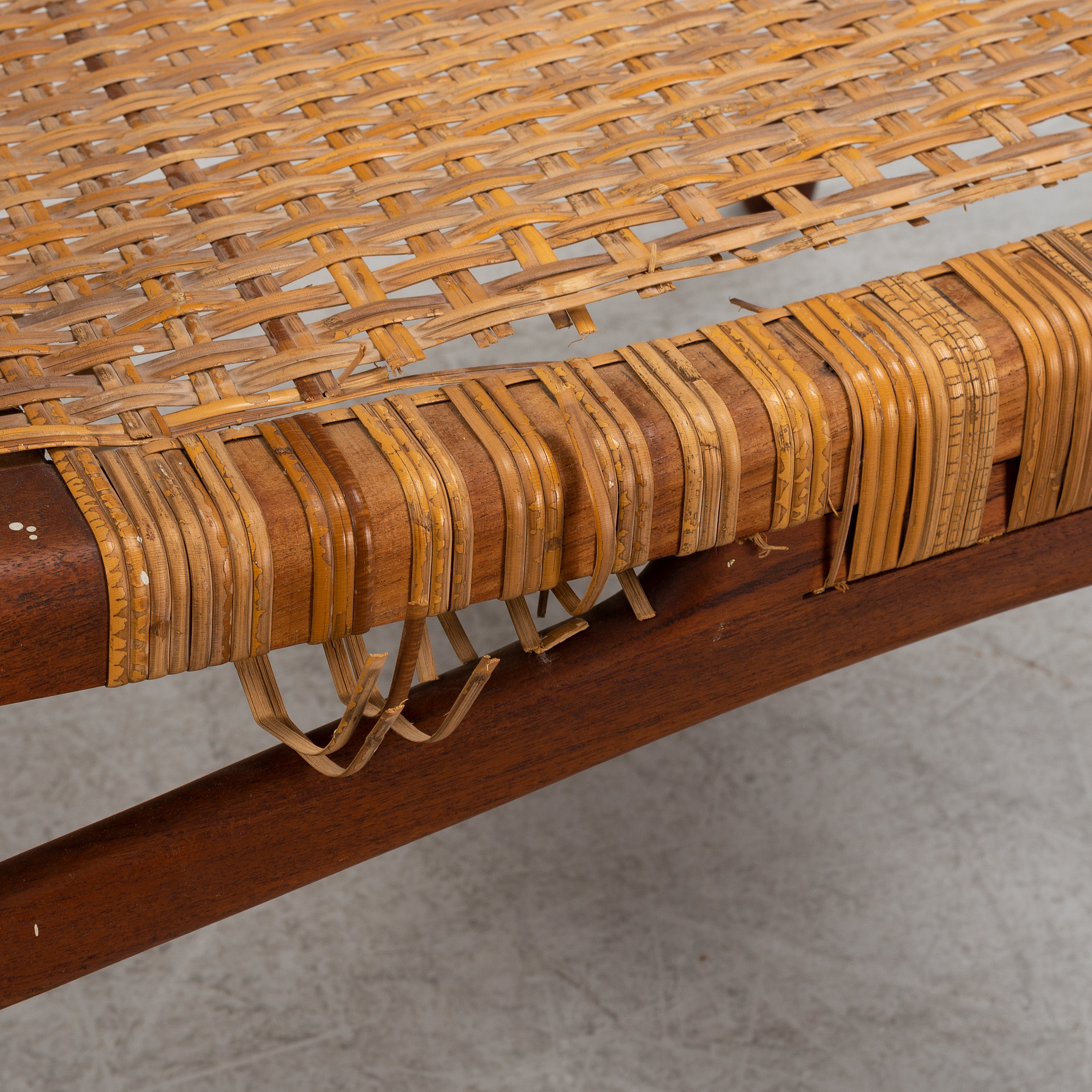 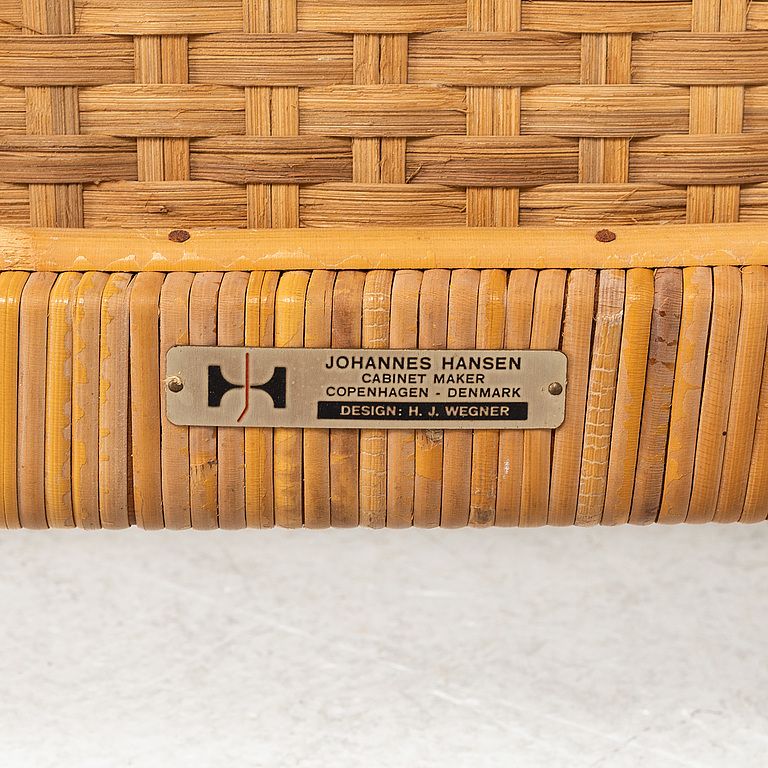 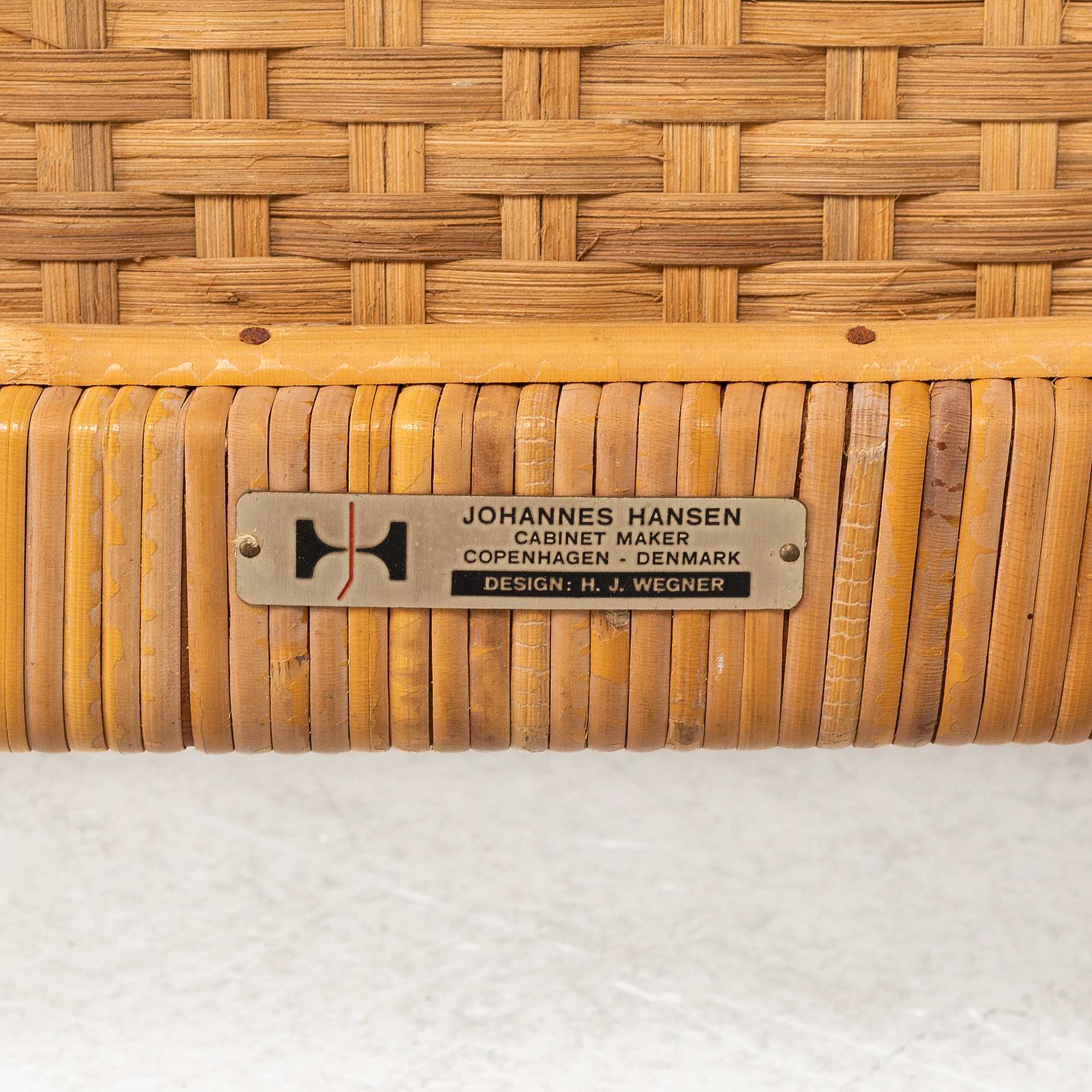 Some wear, marks. Rattan with soem damages. The wood joint under one arm rest with a crack.