No connection to server
We use cookies to provide the best possible customer experience. If you continue you accept this use of cookies. Go here to read more.
OK
Category /
Design
/
FurnitureNordic Design Sale
1298215 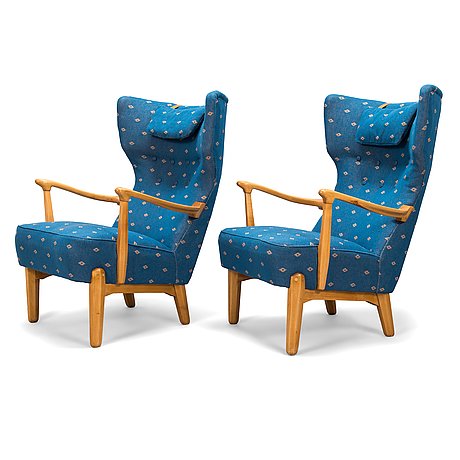 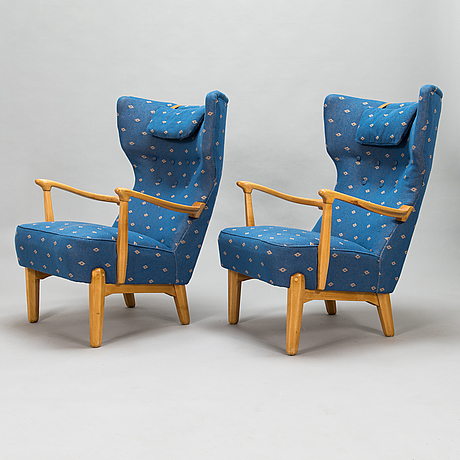 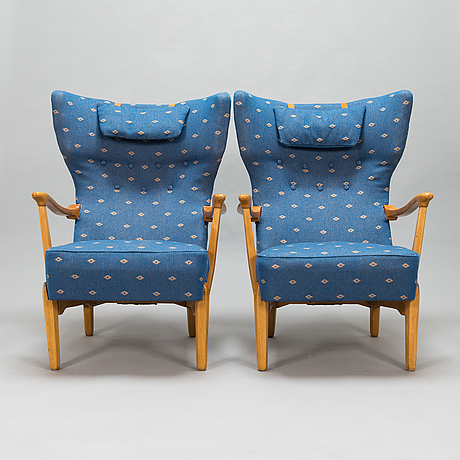 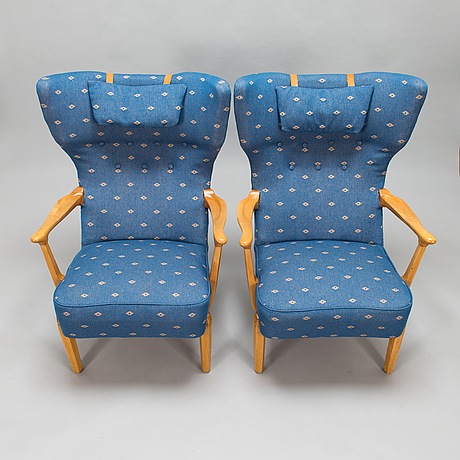 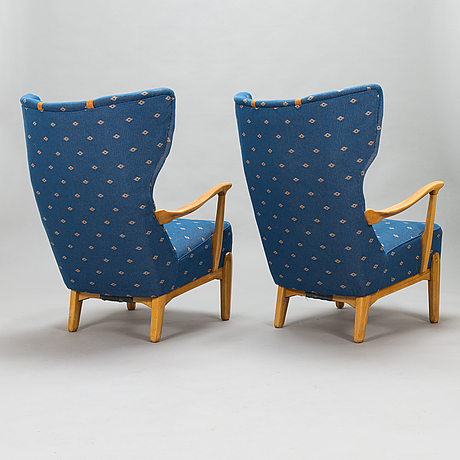 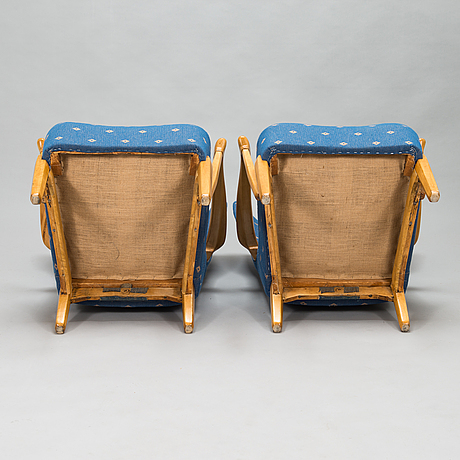 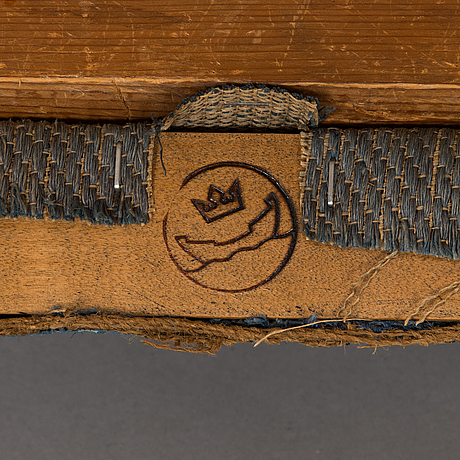 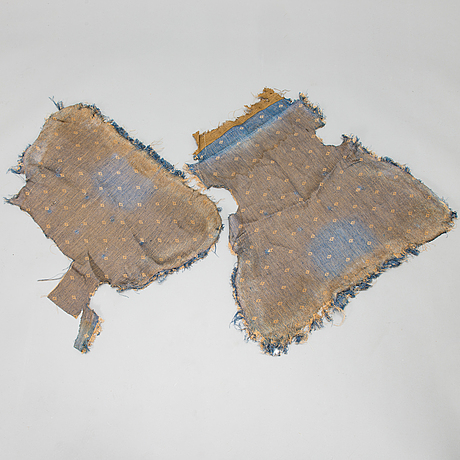 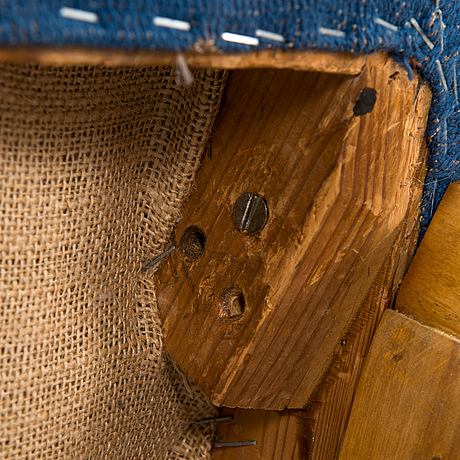 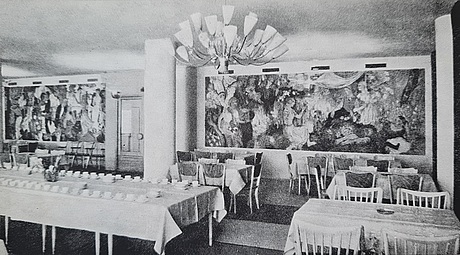 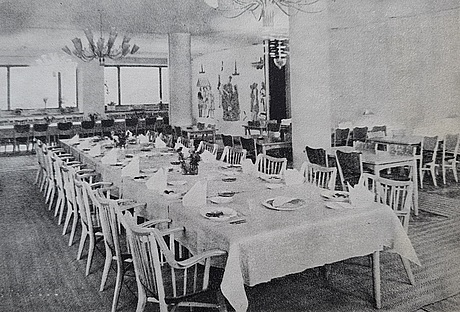 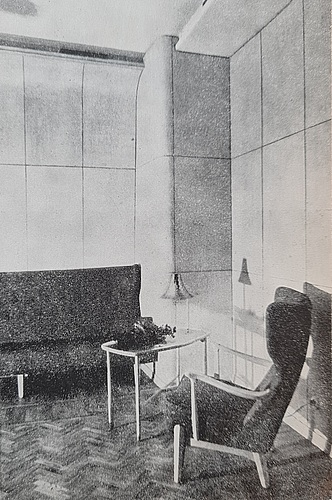 The armchairs were originally part of the interior furnishing inside Helsinki City hall restaurant Kaupunginkellari.

Lasse Ollinkari was one of Finland's first interior architects. The early years of his career were during a time when the profession of interior architect was only becoming established in Finland. Ollinkari started his studies at Taideteollisuuskeskuskoulu (Central School of the Industrial Arts) just after the war and during his first studying years he also started his professional career at Aarne Ervi’s renowned architectural office. One of the early independent design projects of this gifted interior architect was designing the furniture for the Kaupunginkellari the restaurant in Helsinki City Hall.

The unused basement premises of Helsinki City Hall, located by the Market Square, were transformed in 1946–1947 into a dining hall for city officials and official entertainment premises. The thought was to execute the whole interior design as a co-operation between the top designers of the era – artefacts were ordered from Michael Schilkin and textiles and upholstery from Kirsti Ilvessalo, wall frescoes with a party motif were produced by Tove Jansson and Paavo Tynell was in charge of lighting. Lassi Ollinkari was assigned to design the furniture for Restaurant Kaupunginkellari.

In the post-war era Finland, a distinguishable romantic tone was present in design, and this was apparent in the interior of Restaurant Kaupunginkellari, among other things, through favouring domestic materials. In the Kaupunginkellari interior, wood was used abundantly both in fixtures and furniture. The pieces of furniture designed by Lassi Ollinkari comprised of various chairs, tables and sofas made of birch, pine, mahogany and rowan.

Restaurant Kaupunginkellari was in use from 1947 until the massive renewal work designed by Aarno Ruusuvuori, which was carried out in the 1960s and 1970s. During that period Restaurant Kaupunginkellari was demolished and a car park was built to replace it. The pair of armchairs now being sold at Bukowskis is a part of the furniture of Kaupunginkellari, designed by Lasse Ollinkari. In addition to these chairs, at least Tove Jansson’s frescoes, which were moved to their current place in the lounge of Adult Education Centre Arbis, are what is left of the interior.

Lassi Ollinkari considered the furniture of Kaupunginkellari to be among his best works. During the designing process, he had the chance to work with some of the essential influencers in the field, and with many the co-operation continued in later stages during his career. 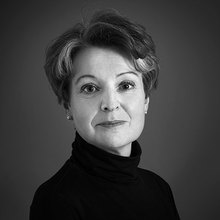