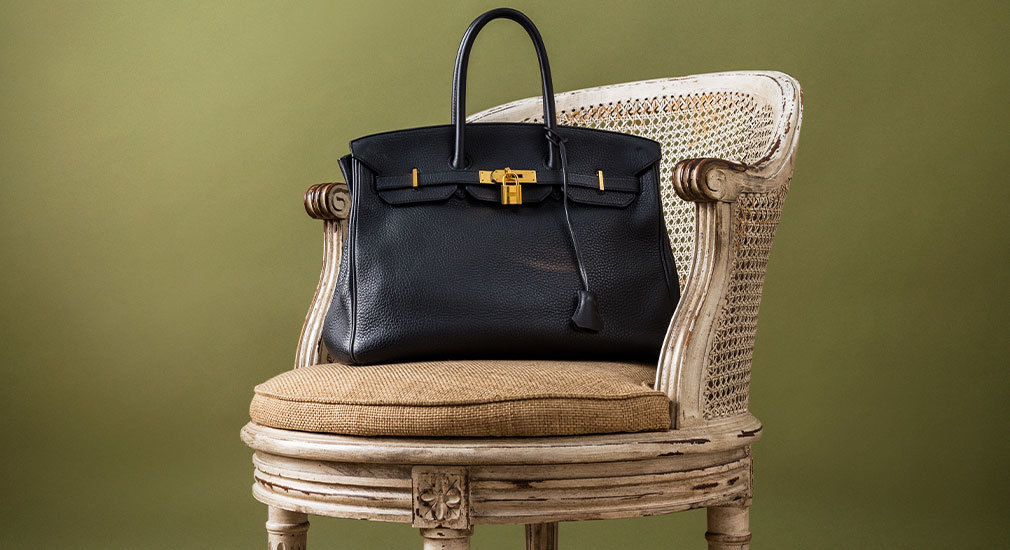 The world’s most well-known and mythical bag

The rumors has it that the idea for Hermès Birkin bag came from an airplane encounter in 1981 between the actress and chanteuse Jane Birkin and Jean-Louis Dumas, the late chief executive of Hermès. Birkin spilled the contents of a tote bag everywhere on the floor, which inspired the French label’s executive to create a bag that would be suitable for jet-setting women with too much to carry. Three years later, in 1984 their airplane "collaboration" resulted in what we now know as the Birkin bag.

Today the desirable bag is synonymous with style, good taste and unobtainable luxury. Depending on material you are normal set to queue several years on the waiting list to acquire a bag. But if you bid on a Birkin at an auction house, you will not only skip the line, you will also get the possibility to purchase one for a lower price. The price tag for a brand new bag in a Hermès store starts at 100 000 SEK and can achieve monstrous sums depending on the execution.

The bags iconic look and shape, the skins and leathers that they are made with, and the amount of time and skill that goes into crafting one, all combine to create a luxurious object. The Birkin bags are handmade in France using the company's signature saddle stitching, developed in the 1800s. Each bag is hand-sewn, buffed, painted, and polished, taking several days to finish. Leathers are obtained from different tanners in France, resulting in varying smells and textures.

Take the chance to acquire one of the world’s most sought-after bags, an Hermès Birkin. Right now we have one up for auction in a solid black with golden metal details. 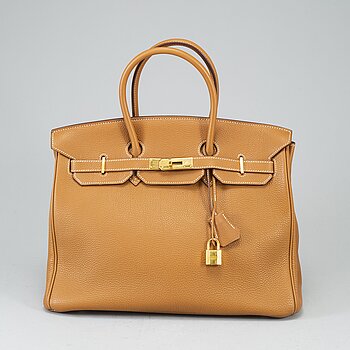 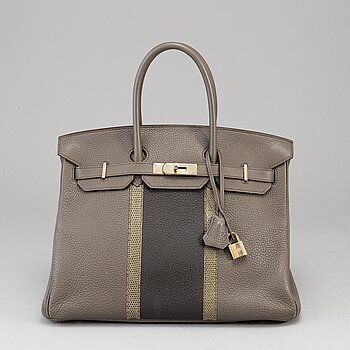